Buying 14 Current Mega Developments And How They’ve Performed (1,000 Units And Above) 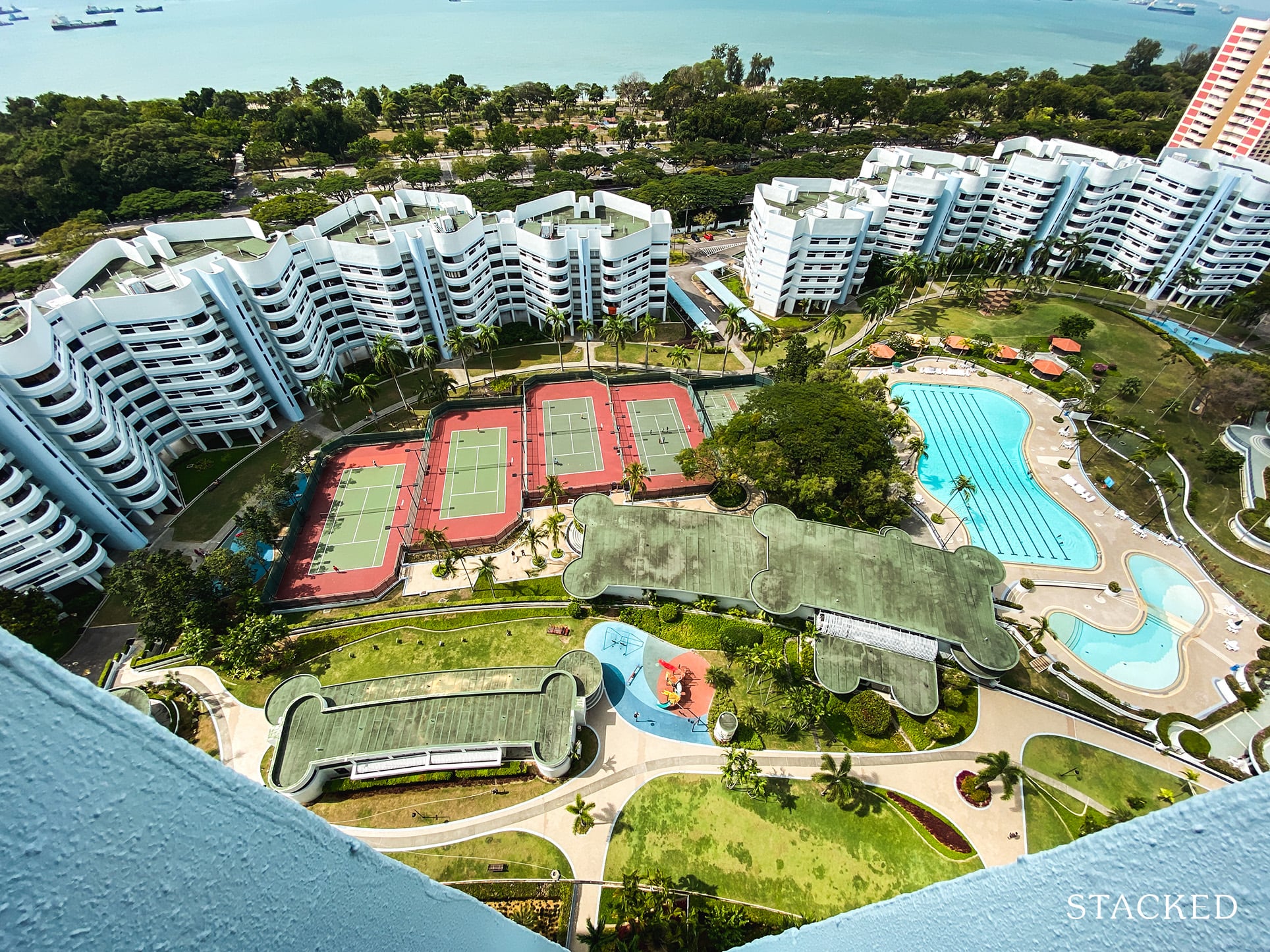 Mega developments saw solid demand in the past two years, from Normanton Park to Parc Clematis and Treasure at Tampines. In fact, if you are looking to buy such a unit today, you’d find slim pickings as most of the mega developments are quite close to fully selling out. Just as an example, the largest condo in Singapore, Treasure at Tampines is currently at a 98 per cent take-up rate. It’s certainly an impressive figure given it has a massive 2,203 units.

However, an ongoing worry about mega developments is the potential for competition: with so many units in the same development, will there be a price war when it comes time to sell or find tenants? We took a look at some mega developments (1,000+ units) over the past, and here’s what we found:

Many – but not all – investors consider mega developments to have an inherent drawback. Due to the high unit count, these units are believed to lack privacy and exclusivity.

It also raises the possibility that, when it comes time to rent or sell, the owner may find several competing listings in the same project; sometimes even the same block. Some landlords, for instance, worry that tenants are quick to move to a cheaper unit in the same development, once their lease is up: it’s very little trouble, if you just need to move up or down a few floors, or into the next block. As such, tenants may be less “sticky”.

Investors may also dislike the difficulty of en-bloc sales for mega developments (see below).

Mega developments are broadly considered to be a better deal for pure home buyers. This is because the large site area allows for more lavish facilities, while the high unit count still allows for lower maintenance (i.e., the bill is split between more owners). This means facilities like a lagoon-like pool (Parc Clematis), multiple types of swimming pools (Parc Esta), and a variety of different entertainment options such as karaoke rooms or a jamming studio (Florence Residences). Due to the sizes too, the sheer number of units usually means that it can support commercial units like a mini-mart and childcare centre – which just makes things a whole lot more convenient.

Basically, stuff that you are able to enjoy because of the much larger land area and economies of scale.

Mega developments also tend to be a bit cheaper, than their more exclusive counterparts.

These are all theories or are based on anecdotal evidence, making them hard to prove.

How have the prices of current mega-developments moved?

Some key highlights to note:

From word on the ground, a large number of unprofitable transactions saw a rush by sellers to unload. Discounts had become quite pronounced, with some capital losses in excess of $1 million. Realtors noted that most owners were pure investors, not home buyers; and hence were faster to sell and cut their losses.

Thanks to the sheer number of listings that appeared at one go, prices were also pulled down by sellers desperate for fast transactions.

As an aside, there were worries earlier in the pandemic that rental markets in prime regions like Sentosa (District 4) could collapse, due to travel restrictions and fewer expat tenants. This also pushed some investors to sell.

While the situation here seems to support the theory of mega development downsides, it is the only case out of all the mega developments we checked. It’s a bit ironic that an outlier is the one that best matched the theories.

2. No strong evidence of resale difficulty

With the exception of Reflections at Keppel Bay and The Sail @ Marina Bay, every mega development had a high ratio of profitable to unprofitable transactions:

However, note that this applies to individual unit sales. It’s still true that mega developments are unpalatable for collective sales. Apart from the difficulty in obtaining consent (Mandarin Gardens is a prime example of this), developers are less confident that they can complete and sell such large properties in five years. Perhaps even more so now, with the new cooling measures in place.

See our earlier article, on why developers have a five-year deadline.

Apart from the former HUDC estate of Normanton Park, the recent en-bloc sales haven’t been anywhere close in scale – mostly ranging from boutique to mid-sized plots.

Notice that Reflections at Keppel Bay, and The Sail @ Marina Bay, seem to fare a bit worse than other mega developments. The feature they both share is their pricey location: Reflections near Sentosa, and The Sail being within the CBD.

Realtors we spoke to said this could be due to the types of buyers and tenants in such high-rent neighbourhoods. In essence, affluent buyers can afford – and often prefer – a higher degree of privacy. As such, crowded developments have limited appeal to them. This is perhaps why there are so few of these developments in such areas, it’s just not what buyers in this category want.

At the same time, regular home buyers may not want to pay high prices, for a project that’s so crowded. Most Singaporean home buyers, for instance, wince at the thought of a $2 million+ unit that’s packed with over 1,000 households.

The average gross rental yield in today’s condo market (2021) is between two to three per cent. One notable trait among mega developments is that they tend toward the higher end of the range.

This is not simply because our two examples are older. Even if we take a 10-year-old mega development, like D’Leedon (completed 2010), the average price range is $1,694 psf, while the average rental is $4.14 psf. This is an implied rental yield of 2.94 per cent.

Bear in mind that the high unit count also tends to mean lower maintenance fees, which can mean higher net rental yields as well. Mega developments may not be as bad for rental as some suspect.

5. Ultimately, the unit count is a difficult factor to isolate

The older mega developments, for instance, never quite took advantage of their site area in the same way newer ones have. Mandarin Gardens is massive, but the facilities – even at their peak – were not on par with what you’d find at Normanton Park or Leedon Green today.

As such, we need to consider the possibility that newer mega developments will perform in very different ways.

Besides this, it is difficult to isolate unit count as a factor, amid other variables such as accessibility, nearby amenities, new residences appearing nearby, etc.

The best advice for buyers is to focus on the comfort level, which is the one observable fact. If the mega development seems too noisy or crowded to you, it may be to tenants as well. If it doesn’t bother you, it may not be as huge a drawback as you think.

And for those who want to count on en-bloc sales (never a good idea), mega developments shouldn’t be the highest on your list.

For more on new and resale condos in the Singapore private property market, follow us on Stacked. We’ll also provide you with the latest news and trends as they unfold.