Commentary Think Property Prices Will Fall In 2022? Here’s The One Statistic That May Say Otherwise 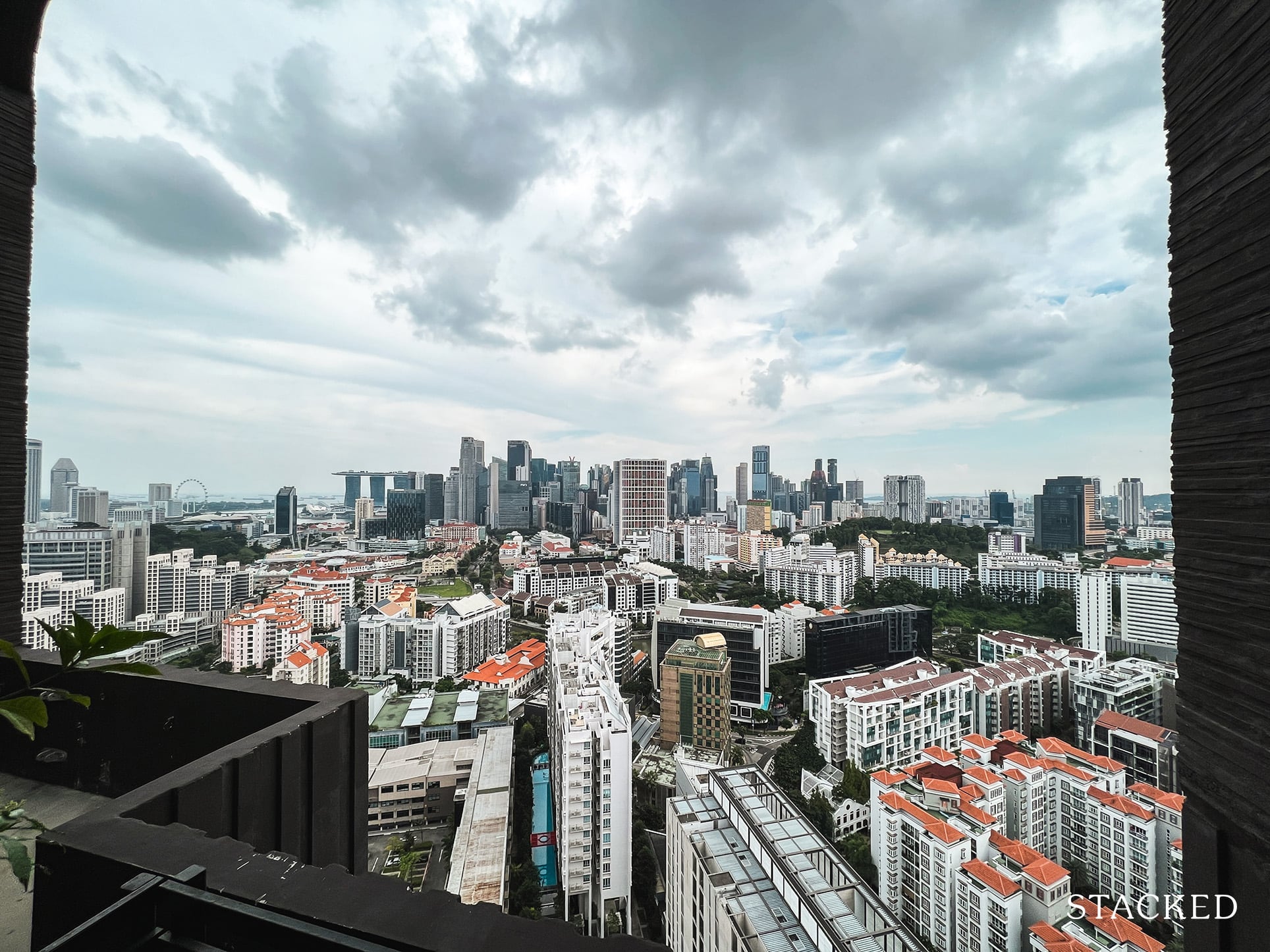 It’s incredible how fast Singapore’s property market can change. Back in September 2019, we were warned of a massive housing glut, with around 31,948 unsold units. At the time, analysts said it would take around four years to clear.

From the said article:

“The overhang is evident at The Florence Residences in suburban Hougang, about a half-hour subway ride from the popular Orchard Road shopping district. Just 38 per cent of the 1,410 units at the development, which boasts a sparring ring, outdoor cinema, 80m lap pool and rock-climbing wall, have sold since being launched in March.”

Today, The Florence Residences is 97.6 per cent sold, and the property market is in a completely different situation.

So here we are in April 2022, hearing warnings of just 14,087 unsold homes; the lowest since 2006. Here’s a look at how the current low supply of housing could affect you:

How did we go from supply glut to supply shortage?

The supply of new housing was at a peak in 2019, due to the en-bloc frenzy two years before. 2017 saw a surge of aggressive land buying, as Chinese developers with deep pockets also moved into Singapore real estate. This resulted in an abundance of new housing.

What analysts couldn’t have predicted, however, is the surge in demand that followed in the wake of Covid. A conflux of factors, from indefinite Work From Home arrangements, construction delays, to a record number of flats reaching MOP, to a flight to safety among investors, caused a boom in the real estate market.

Hence, the surplus units – which were supposed to take about four years to clear – were polished off in less than half the time.

This is compounded by the now “five-year cycle” of Singapore’s private property market.

Developers have five years to complete and sell their projects, lest they incur high stamp duties. As such, the en-bloc redevelopments from 2017 have been sold by this point; and that leaves developers land-starved.

Developers have the same five-year time frame regardless of the development’s size. So because stamp duties are higher, developers will tend to play it safe – hence, they pick smaller land plots that yield fewer units. As such, you can see with the recent land/en bloc acquisitions that there won’t be mega-developments coming up soon. This is compared to the past few launches like Stirling Residences, Parc Esta, Normanton Park, Treasure at Tampines, etc (all have more than 1,000 units).

It also didn’t help that, in 2020, the government had reduced land sales in response to Covid; this forced more developers to turn to the en-bloc market, further pushing up prices for them. Also, people displaced by an en-bloc sale need new homes, thus adding to demand.

The government committed to more Government Land Sales (GLS) sites last year. However, sites sold through GLS take time to develop. It will, optimistically speaking, be around 2024 before we see the fruits of these; and this is discounting possible disruptions from the Russia-Ukraine war or a resurgence of Covid-related issues.

Almost all of the 1,000+ unit mega-developments from previous years – such as Treasure at Tampines and Parc Esta – have sold out at this point.

A note on the HDB market

While demand is also high for resale flats, there are a record number of resale flats (around 31,000) reaching their MOP this year. As such, the supply crunch is less of a worry in this segment.

Indirectly though, a surge in flats reaching MOP can further raise demand for private housing. This is because some flat owners plan to upgrade, and will move into the condo market as soon as they can sell their HDB property.

How does this affect you?

Right now, it’s a fight between low supply and intensified cooling measures, to determine the direction of prices.

The increased ABSD discourages multiple residential property purchases, as well as foreigners and developers. However, these groups don’t constitute the bulk of buyers. Most of the demand comes from locals, and in particular from HDB upgraders. Those who are merely upgrading from a flat to a condo can avoid ABSD entirely, just by selling their unit before buying.

On the developer side of things, ABSD rates push up costs for developers. Consider that, whatever the stamp duties, property developers have to buy land, or there’s nothing to sell. A higher ABSD rate, coupled with already rising land prices due to scarcity, could mean pricier condos for buyers.

That said, a contrary opinion to this holds it can go the other way: that HDB upgraders aren’t desperate and have their own homes. This means they could wait out the storm, simply refusing to upgrade until prices get more reasonable.

There’s also a knee-jerk reaction that tends to follow fresh cooling measures, as buyers switch to a wait-and-see approach.

It remains to be seen whether cooling measures will trump shrinking supply when it comes to prices.

At this stage, there’s little inclination for developers to give discounts. Demand is high, and the developer’s costs (due to ABSD, property agent commissions, and logistical issues from Covid) are also high.

While developers will still dangle “early bird” rewards, we expect this to be much less generous than before. 2022 is less likely to see promo schemes such as “all floors one price”, or huge discounts of more than 15 per cent.

Buyers can also expect more competition for desirable stacks. Show flats are likely to be packed, for the few upcoming units like Liv @ MB or Piccadilly Grand.

Though this is dependent on which end of the market you are looking at. For the upper luxury end, there have been price cuts at recent new launches like Perfect Ten (who unfortunately launched just at the same time as cooling measures). Others like Klimt and Cairnhill 16 are still struggling now, and they will be looking forward to the opening up of borders to see if more foreign interest comes in.

3. More buyers may be forced into the resale market

With fewer new launches to choose from, and developers unwilling to drop prices, buyers will probably be looking at the resale market for 2022.

This is good for sellers with units in large developments, as en-bloc sales for large land plots are a tough call right now. These sellers will at least be able to find individual buyers if demand continues unabated.

All of the above, mind you, assumes that demand will remain high or even increase, going into the next few years. With so much uncertainty in the market, there’s no guarantee of that; and it’s still early days with regard to the Ukraine crisis and Russian sanctions. Homebuyers should be cautious and avoid FOMO purchases or attempts to time the market right now.

Buyers are still price-sensitive, despite the seemingly high demand. The recent sales at North Gaia of nearly 27 per cent on launch weekend, was lower than what some analysts were predicting (some estimated it to be 50 per cent). At an average of $1,302 psf, the new pricing highs for ECs will likely take some time for buyers to get over.

Likewise, with the upcoming launches in the OCR slated to be close to $2,000 psf and above, it will be interesting to see what homebuyers’ reactions would be when these come up.

For more on the situation as it unfolds, follow us on Stacked. We also provide in-depth reviews of new and resale properties alike, so you can make an informed choice.

This is why independent media outlets such as StackedHomes will thrive and take away even more eyeball time from the traditional Mainstream Media. They offer independent and high quality research data points in exchange for your eyeball traffic. The opening paragraph in this editorial is a perfect example.

Thanks for your kind words Marcus! Really appreciate it!

How will the rapidly rising interest rates affect property prices alongside the factors that have been discussed?