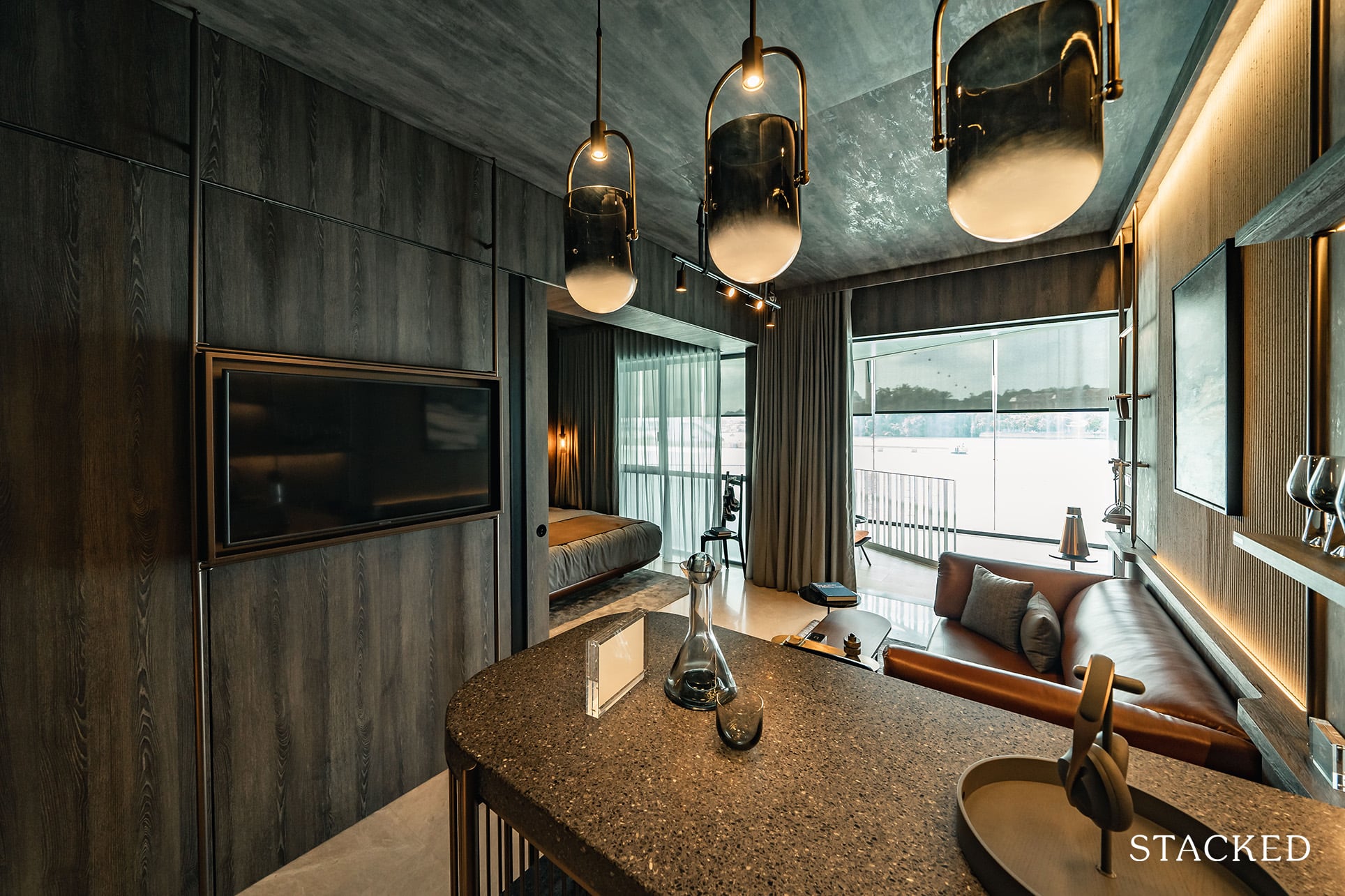 2021 will prove to be an interesting year. In the aftermath of Covid-19, it’s not certain if and when foreign tenants will be returning to Singapore. At the same time, a new surge of HDB upgraders means there are stronger prospects for rare local tenants, who are waiting for their new homes to be built. More than ever, landlords need to be picky about their investment choices. Here are some of the 1 bedroom new launch rental yields (worst case scenario) you need to know at the moment:

Why do all the rental yields look so low?

The following are the low estimates, as it’s better to prepare for worst case scenarios. In projecting the gross rental yield, we took the average prices of the developments’ one-bedder units (500 sq. ft. or less), average size, and average PSF rent of developments 5 years older and up and compared it to the average rental yield of similar-sized units in the relevant district.

In practice, new launch condos will generate rental income higher than the district average. This is on the basis of better maintenance, newer facilities, etc. However, this is also not guaranteed, and depends on your agent’s ability to negotiate a good rate (if you’re having trouble with this, you may want to contact us so we can check if there are ways to help).

Of course, this also doesn’t take into account the variances in different properties – especially if it is a luxury property – you can usually expect tenants to pay more.

While we would like to cover them all, quite a number of these developments above have actually sold out of their 1 bedroom units (also, writing for 68 developments would take a seriously long time) – so here are 5 notable ones that still have more than a fair few units to pick from:

Est. gross rental yield: Average rental income for District 14 is $3.71 psf, suggesting a potential gross yield of around 2.74 per cent.

To understand the potential here, we need to point out the recent transformation of neighbouring Paya Lebar. At the time of writing, Paya Lebar Quarter (PLQ) has a Gross Floor Area of 1.8 million sq. ft., of which around 55 per cent is dedicated to office space.

Condos in Paya Lebar long ago priced in the upgrades, and priced out some investors As such, Eunos – directly next to Paya Lebar – has begun to see interest as well.

To be blunt, the best property to tap into all this was Parc Esta (and to a certain extent, Penrose). If it wasn’t completely sold out, it would definitely be on this list, being next to Eunos MRT. As is, landlords may want to look at Urban Treasures instead.

Put simply, the location here is not as good. Urban Treasures is not near Eunos MRT; at 1.15 kilometres, few would consider it for a daily walk. While Kaki Bukit and Ubi MRT are closer at 650 and 720 metres respectively, these are on the Downtown Line, which isn’t one stop from Paya Lebar like the Eunos MRT.

That said, the one-bedders at Urban Treasures are attractive considering its proximity to Paya Lebar (most are under $900,000). The development is still just three kilometres to PLQ, or about seven minutes by car. This might still be attractive to office workers in the area.

The other mitigating factor is that Urban Treasures is situated among low-density housing, such as the landed enclaves along Jalan Singa, Jalan Punai, etc. While you’ll still see looming HDB blocks in the distance, this area is less crowded and busy than living within PLQ itself, which has become something of a concrete jungle. For some tenants, this may be sufficient distance and solitude from work, without being inconvenienced.

Unexpectedly for a condo in a lower density area, Urban Treasures has a supermarket within walking distance. There’s a Giant supermarket at Kampong Ubi, just around 430 metres away (about a six-minute walk).

Est. gross rental yield: Average rental income for District 23 is $3.24 psf, suggesting a potential gross yield of around 2.39 per cent.

Midwood will appeal to tenants who are unused to Singapore’s urban density. The Bukit Batok area provides a lot more open space and greenery, but without the premium prices you’d find at Bukit Timah.

Midwood is right next to HillV2 mall – this has a supermarket, as well as a Pet Lovers Centre and a wide range of eateries. Midwood will also benefit from the unfolding Rail Corridor and Rail Mall, which is about 800 metres away.

Overall, Midwood is one of the better located residential properties in District 23. It’s within 350 metres, or a three-minute walk, of Hillview MRT; this is just two stops from Beauty World, and has direct access to Newton and Bugis.

An average quantum of $800,000 or below is quite reasonable, for a new condo across from a mall and with a nearby MRT. However, the location appeals to a narrower group of tenants (i.e., the type who would better enjoy hiking and nature trails than nightclubs and major malls).

Est. gross rental yield: Average rental income for District 9 is $5.28 psf, suggesting a potential gross yield of around 2.21 per cent.

Haus on Handy is one of the best located new launches; it’s exactly between Plaza Singapura and The Cathay. About 800 metres away (10 minutes on foot), residents will find the entertainment / nightlife stretch of Prinsep Street. An equal distance in the opposite direction takes you to Orchard Central, and the general beginnings of the Orchard Road stretch.

On top of all this, Dhoby Ghaut MRT station is about basically at your doorstep.

The only drawback to Haus on Handy is that its location comes ahead of some living conditions. Facilities are quite basic, as you’d expect from a small development; and the stretch of road next to the condo is noisy and busy (it’s the same stretch where taxis pull in to the cab stand at Plaza Singapura); this will never be right for residents who want a quiet area.

However, rentability is solid, and we doubt realistic owners will see many vacancies.

Est. gross rental yield: Average rental income for District 10 is $4.59 psf, suggesting a potential gross yield of around 2.11 per cent.

We have a full review of Leedon Green on Stacked. 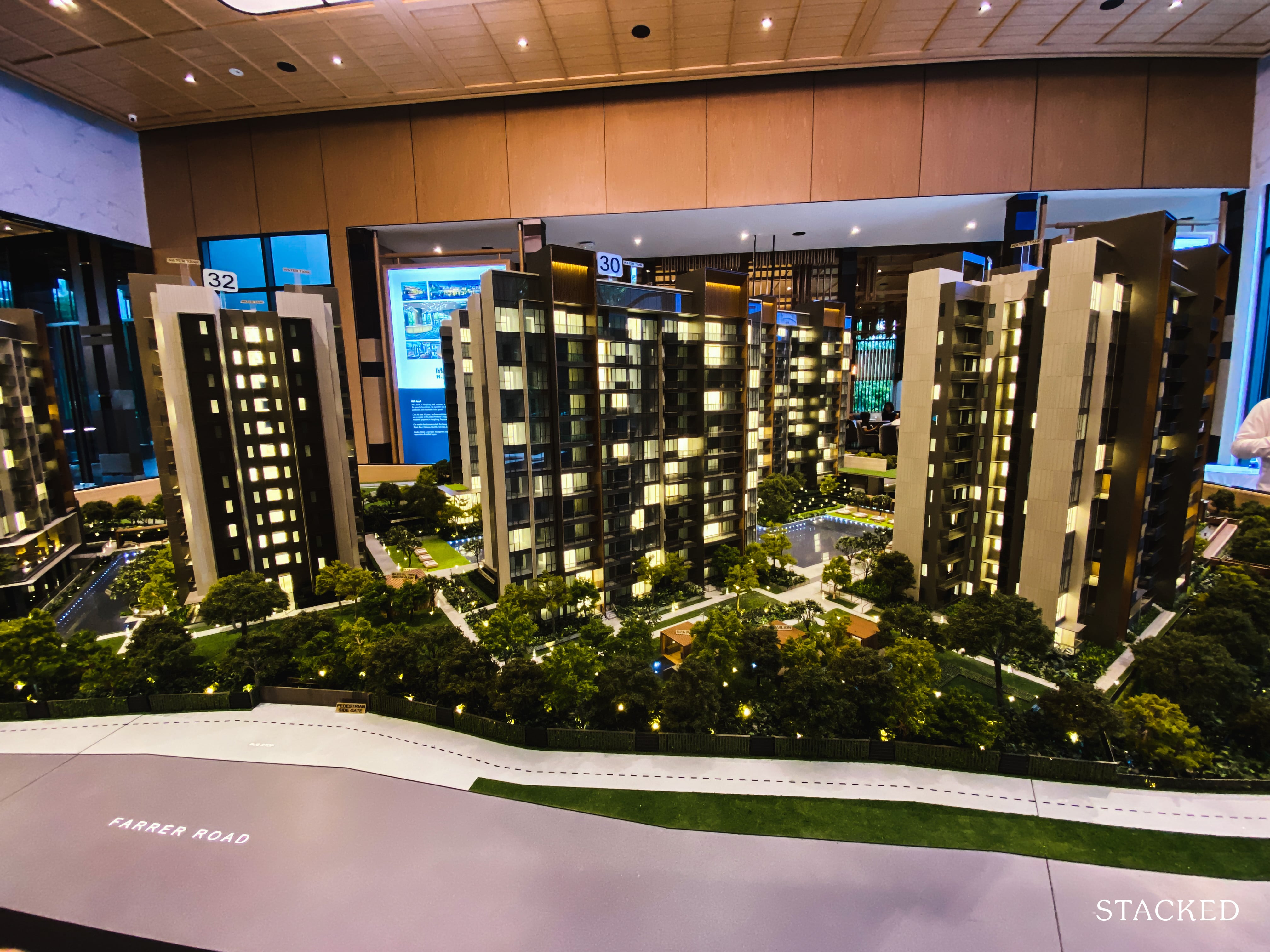 Properties near Holland Village rarely go wrong for landlords. Leedon Green is about a seven-minute drive to this lifestyle hub, and about a nine-minute drive to Orchard Road. It’s also one of the most indulgent condos facility-wise, with around 80 per cent of its 316,708 sq. ft. site dedicated to common facilities.

While Leedon Green isn’t the closest to an MRT station (about a 10-11 minute walk), this is not as huge an issue in this neighbourhood– the type of tenant who rents in this area quite likely has private transport, or will be mainly reliant on taxis. The main contention for landlords will be the prospect of competition – D’leedon, Leedon Residence, Wilshire Residences, and several more surrounding condos all provide alternatives.

Leedon Green has an edge right now as it’s newer, and its facilities are more extensive than its neighbours; but landlords will face tighter limits on the premiums they can charge, given the number of alternatives all around them.

Est. gross rental yield: Average rental income for District 19 is $2.94 psf, suggesting a potential gross yield of around 1.57 per cent.

Let’s deal with the most immediate objection common to this condo:

The Gazania is lacking in terms of immediate amenities. There’s little in the way of food, retail, etc. in an “across the road” sense; tenants should expect to get on the train to NEX or Paya Lebar for just about anything. Some tenants don’t mind, but some may find this off-putting.

That said, The Gazania could also appeal to tenants who work at PLQ, but don’t want to pay the increasingly high rental rates there. New launches like Parc Esta, Urban Treasures, and The Gazania all benefit from the transformation of PLQ; and of these three, only Parc Esta and The Gazania have an MRT in walking distance.

In fact The Gazania is the closest new launch condo to Bartley MRT station right now (310 metres, or five minutes’ walk). Bartley is on the Circle Line, and is just three stops from PLQ and one stop away from Serangoon MRT (where NEX is located).

There may also be some appeal to tenants who don’t want to live in the increasingly crowded space around NEX; being one (walkable) train stop away may be more viable for them.

Rental is always more speculative when it comes to new launches

Resale condos are more predictable, as they’re already being rented out. With new launch condos, you also have to ponder how rental rates will move by the time the condo is ready in 2023 or 2024. Remember, rental rates aren’t like back in the day where it could cover your mortgage payments (and possibly even more).

As such, landlords considering new launch units should pay close attention to the URA Master Plan. The existing scene could change significantly, by the time you’re ready to rent out. Landlords who want a less speculative option could, instead, check out our list of likely cash-flow positive properties.

For more in-depth reviews of new and resale properties, and general trends in the Singapore private property market, follow us on Stacked.

should use a fixed rental amount as a worst-case scenario

Hey! We’ve used the district average as we find that it is more accurate. In this sense, the “Worst-case” is really because the rental data we got were for older developments as well, and newer ones are expected to be higher.