Resale HDB What Is Cash Over Valuation (COV) And Why Would You Pay It? 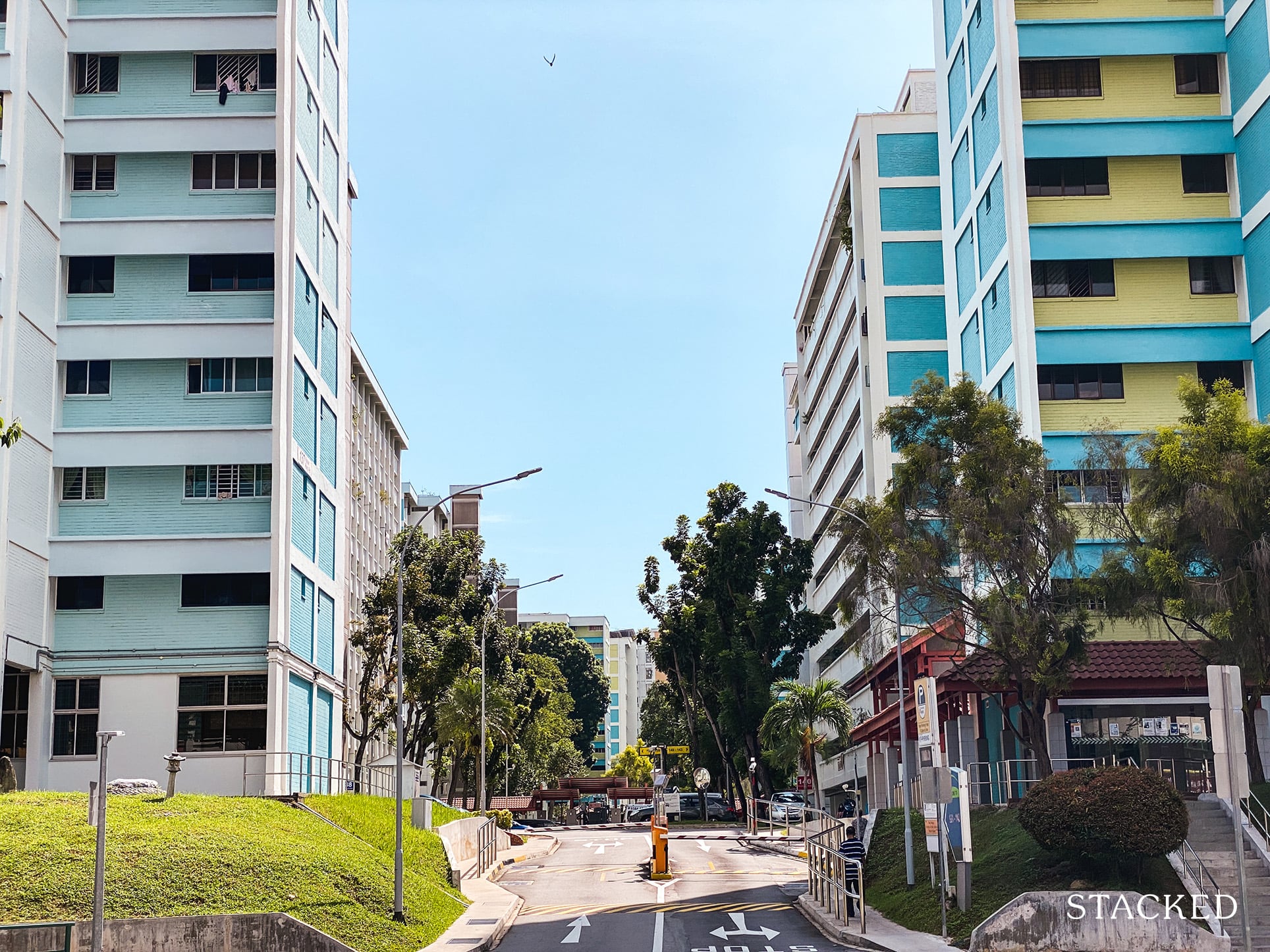 We’re seeing a resale flat revolution. As of Q3, resale prices are rising at their fastest pace since around 2012, and transaction volumes are at a 10-year high. We have a more detailed discussion of this in our previous article.

Now, our guys on the ground have commented that they have been seeing higher Cash Over Valuation (COV) as of recent times. More specifically, even in further out regions, such as Yishun and Woodlands, we are seeing more people willing to pay this.

As a quick recap, back in the day, the valuation was done before the OTP was signed, so people could negotiate the COV. Today, the valuation is done only after the OTP is signed. Given the slow market for years, prices have never really gone far beyond the valuation, but given the recent exuberance, we’re now observing more of this.

If you’re thinking of getting a resale flat soon – or selling yours –  here’s what you should know about it:

Simply put, it’s the discrepancy between the sale price of the flat, and the actual valuation of the flat.

The main problem with COV is that it isn’t covered by your housing loan or CPF, and it affects the Buyers Stamp Duty (BSD)

The maximum loan quantum for your flat – be it from the bank or HDB – is always based on the lower of the price or valuation.

The extra $20,000 in (your COV, basically) has to be in cash, aside from your deposit for the flat. Also, remember that this comes after you’ve agreed on the price, and secured the OTP. Backing out, if you can’t cover the COV, it means losing your Option monies.

Stamp duties, unlike home loans, are always based on the higher of the price or valuation.

COV is only an added risk when it comes to resale flats, not new flats

With BTO flats, the price is considered the same as the valuation. As such, new flat buyers never need to worry about COV.

Resale flat buyers, however, need to be on their guard. Before securing the OTP, for instance, it’s best to have extra cash saved up; just in case you need to pay COV that your home loan won’t cover.

It’s usually possible – from checking price histories – to know when you’re paying too much and could incur COV. Contact us on Stacked, and we can help take a deeper look for you.

We have seen more buyers willing to pay COV of late

This is particularly true in areas like Woodlands and Yishun, where we have met more buyers willing to fork out the COV. In one instance, the COV was as high as $40,000 from an HDB unit in Sembawang.

Here are some potential ways that COV might be involved:

1. Supply in the desired area

By now, it’s much repeated news that a record number of resale flats are entering the market, with an estimated 50,000 flats reaching the Minimum Occupation Period (MOP) in 2020 and 2021.

However, there’s little data on which specific HDB towns are seeing more resale flats enter the market. It’s possible that, whatever the number of new flats reaching MOP, you just can’t find one where you need it.

You may find, for instance, that there’s few resale flats within range of your office, or within range of a desired school for your children (for self-explanatory reasons, flats near prestigious schools, or near business parks, tend to be snapped up almost as soon as they enter the market).

Lacking a choice, you may have to concede to higher prices, and end up paying COV.

The BTO launch exercise in August 2020 was the largest one to date; and they included some highly desirable mature towns. In particular:

On the ground, we’ve encountered plenty of BTO applicants who rushed for these units, failed to secure one, and gave up on the idea of balloting.

Some are more receptive to the idea of paying more, if it means securing the home they want. It also helps that they can move in without waiting for construction (which may sometimes be delayed due to Covid-19). 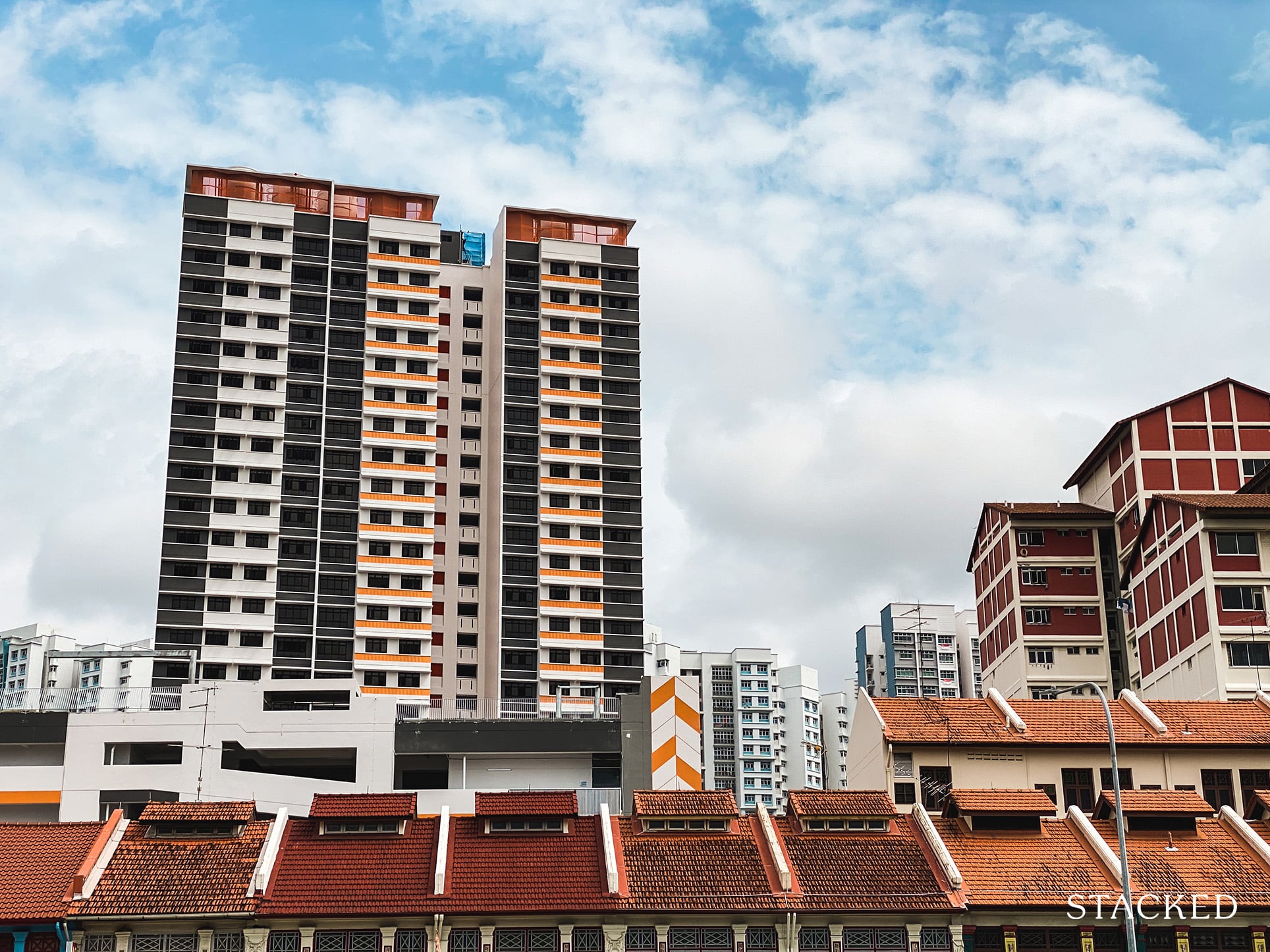 BTOCouldn’t Get Your BTO Flat Of Choice? Here Are 5 Alternative Steps To Take

3. Urgency in the transaction

There are some buyers who absolutely need a flat right away – they can’t wait three to five years for construction, and they can’t wait 30 months to apply for a new flat (if they’ve just sold their private property).

These buyers also tend to rush the sale process – they may know they’re accepting a price on the high side, but would rather pay the COV than be kept without a roof.

4. Buyers using resale flats as an alternative to a condo

As we’ve mentioned in our previously linked article, some buyers may have opted for resale instead of an Executive Condominium (EC) or fully private condo.

(Note that there is no income ceiling for resale flats)

Now if a condo was even an option in the first place, these buyers aren’t going to flinch at the concept of COV. The average condo price right now, is $1,565 psf:

They were already in a financial position to handle anything but the most outrageous COV prices. As such, these buyers may be willing to go for the most highly prized resale flats as an alternative to a condo (e.g. flats in the most mature districts, blocks closest to the MRT station, and so forth).

It’s still the more affordable choice to them.

Not everyone is interested in resale gains or rental yields. If your flat is simply a home – or you plan to stay there for the rest of your life – then personal comfort is more important.

You may be willing to pay the COV for a flat that’s near your friends and family, in your favourite neighbourhood, etc. It may not matter that you’re technically overpaying, as you’re not expecting any profit anyway.

In October, 13 flats were sold at or above the $1 million mark. In many million-dollar transactions, COV might play a major role.

However, almost all of these flats are not “regular” HDB flats. Many are double-storey maisonettes, which are no longer built by HDB.

Many others are also Design, Build, and Sell Scheme (DBSS) flats – such as the five-room unit at Natura Loft (Bishan), that sold for $1.2 million in October. DBSS flats, while lacking condo facilities, were nonetheless built by private developers and have higher quality finishing.

As COV data remains hidden, do get an informed expert who knows the right price levels. Do this before you secure the OTP, and would incur a loss by backing out. We can put you in touch with the right professionals if you need.