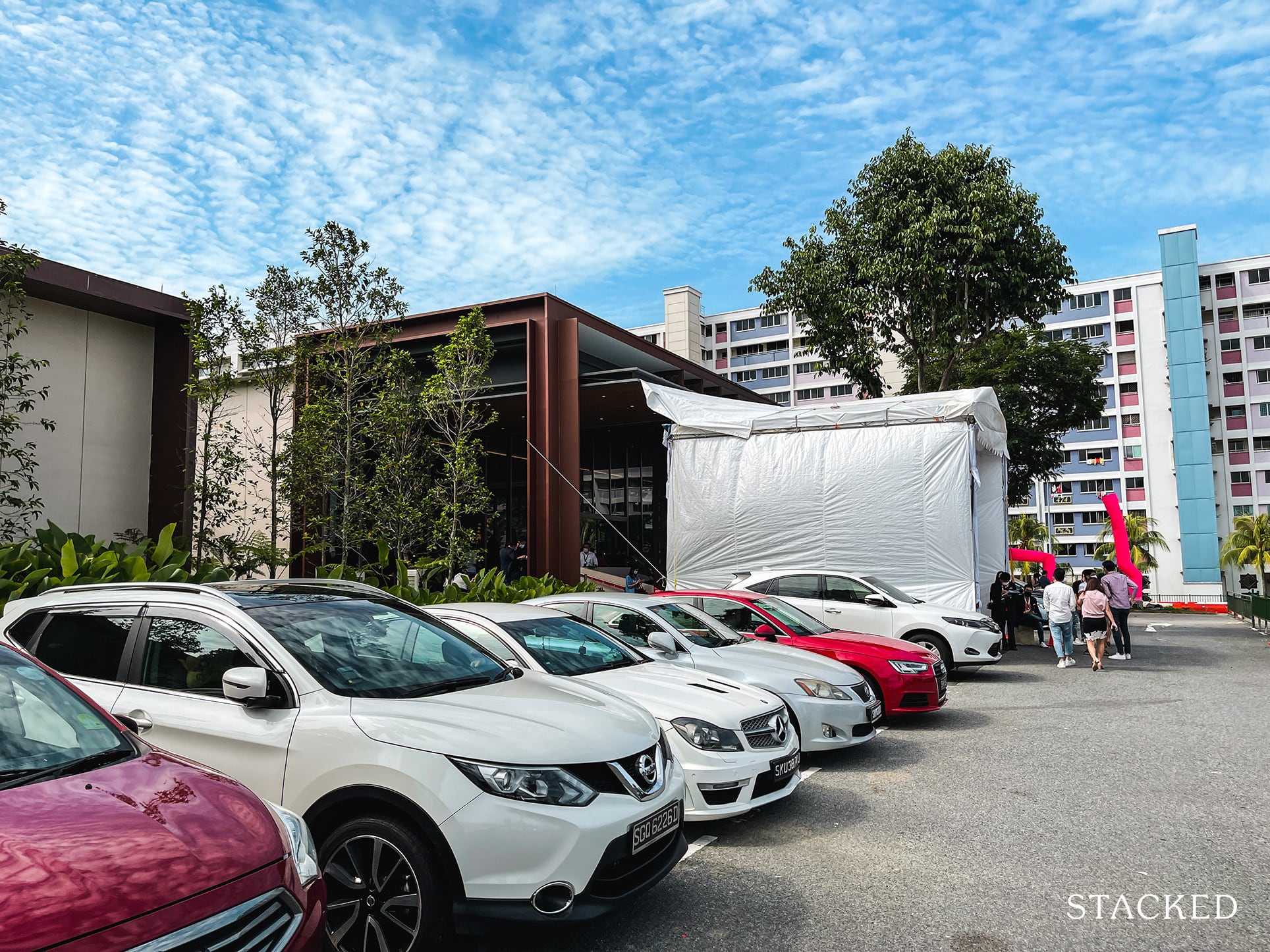 Property agent shenanigans are much more toned down these days, thanks to the Internet/social media. It also helps that buyers/sellers are much more educated than before, and are able to provide more resistance. However, this sensitive issue can still prompt some anger among some buyers and sellers. Quite often, we hear murmurs that the process is still too opaque; or that there are certain “grey area” practices that work against the client. Here are some of the uncomfortable truths that we’re still dealing with right now:

1. An exclusive deal obliges you to pay the commission to the contracted agent, regardless of who sells your property

Most sellers are encouraged to sign an exclusive deal with an agency – this is to prevent their listing from going on the backburner (if you don’t have an exclusive deal, agents may be more reluctant to really market your listing, because someone else can swoop in and sell it after their marketing efforts).

But there are some sellers who still don’t grasp what the contract means. One example of this was a case in March this year:

During this transaction, the sellers had an exclusive deal with their agent. However, another agent – who was originally a buyers’ agent – approached them with a deal to sell their home, at a potentially higher price and commission.

The sellers agreed, which suggests they may not have understood the implications of the deal. Because there was exclusivity, the sellers would still have been obliged to pay the commission to their original agent, even if someone else had sold the property for them.

So do consider the implications, before you agree to exclusivity. This is particularly important if you have children, siblings, in-laws, etc. who are considering buying your home.

If your children end up buying your flat, for example, exclusivity still obliges you to pay commissions to your contracted agent. It doesn’t matter that the agent had no hand in finding the buyer (although the agent will help with the paperwork at least).

Another potential danger to watch for is lies regarding ready buyers. Unethical agents sometimes claim they already have offers for your unit, simply to egg you into giving them an exclusive deal. They will later claim their “ready buyers” ended up purchasing elsewhere, after they get exclusivity.

That said, many sellers also don’t realise there’s a time limit on the exclusivity

If you read the terms of the exclusive deal, you’ll see there’s often a time limit of three to four months. After this time period, you’re free to sell your property through other means, without an obligation to pay your former agent a commission unless they were the ones to sell it.

Keep this in mind, if the agent is slow to get offers or isn’t really putting as much effort to help you sell your home.

It may sound obvious to some, but for those new to the scene, the commissions for new launch properties are not the usual two per cent for resale condos. Developers in Singapore are highly dependent on the property agencies to sell their projects (and it’s not like they have a big range of competing choices).

The agencies are in a position of strength, and can negotiate for higher commissions. Back in 2019, it was reported that commissions for property agents (when buying direct from developers) were at 2.3 per cent. However, agents can be incentivised to clear less desirable units for commissions of three to four per cent (and even higher).

Today, from word on the ground, we understand that commissions for new launch properties can reach up to five per cent and sometimes even higher to move units. This number may continue to trend upward, as property agencies consolidate and competition between them diminishes.

The worry here is twofold. First, it can mean an inordinate amount is being spent just on commissions, for new launch buyers. Second, buyers have to worry about agents being so strongly incentivised to push less-desirable or less suitable units. For example, there are some agents who may use resale listings to push their buyers towards a new launch unit instead. Although the resale unit may perhaps have been a better choice for the buyer’s needs, but the push for the higher new launch commission ends up being a disadvantage for the home buyer.

This era of high commissions has also led to the increasing problem of cashback on the commissions – like a rebate that you get from your agent for purchasing the unit through him/her. We’ve written about it in detail here, but in a nutshell – it is illegal to do so, and agents caught doing this practice will face disciplinary measures from the CEA. Also, it’s worth noting that because this isn’t allowed, should you agree on such a deal with your agent – and they do not honour the cashback to you at the end – there’s no one that you can complain to about it. 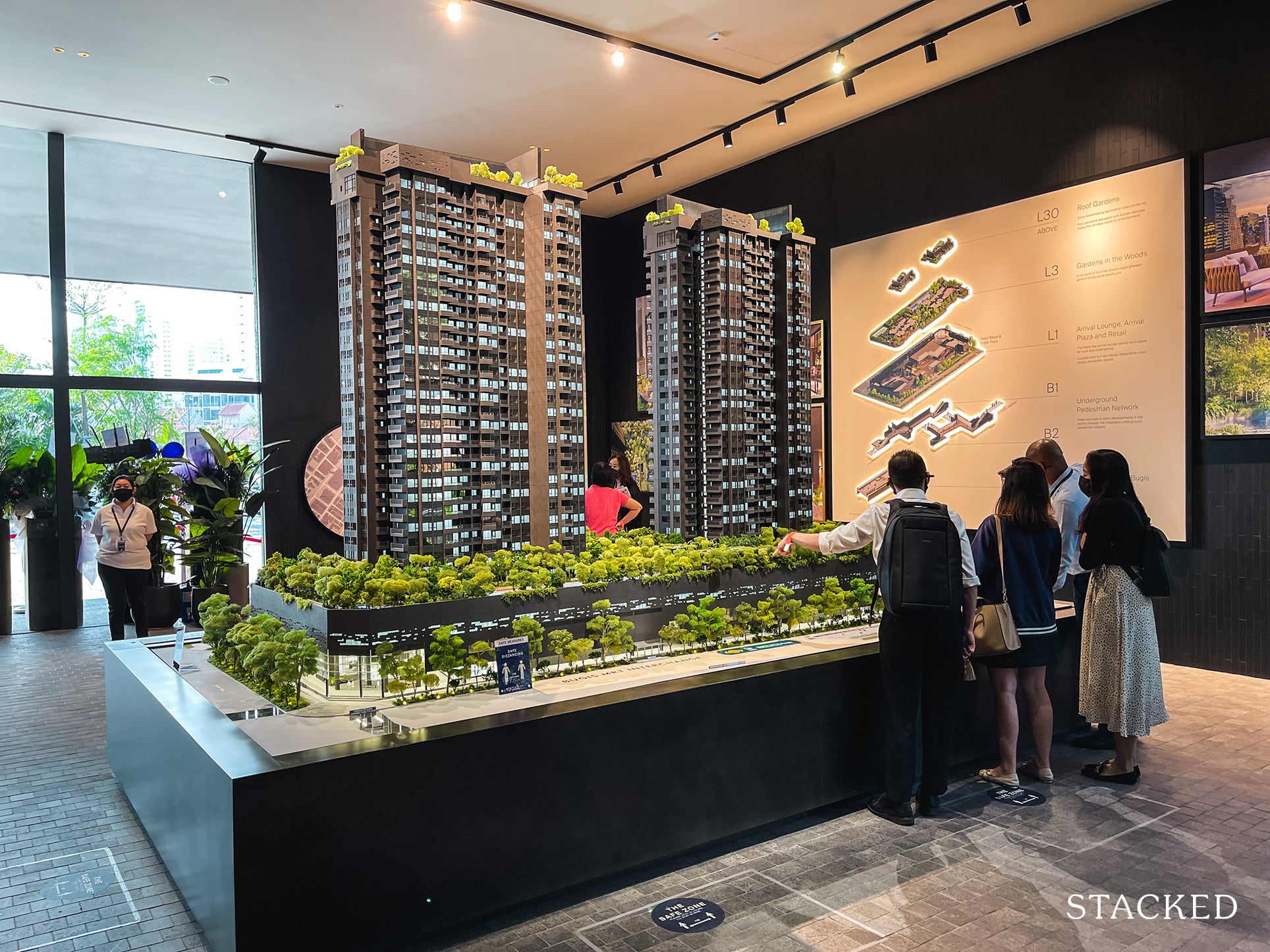 3. Some agents refuse to co-broke due to lower commissions, and this can affect your transaction

Complaints about this have been happening for some time now, even way back before Covid. In most transactions, the seller pays two per cent commission – this commission is then split between the buyer’s agent and the seller’s agent (usually the buyer pays nothing).

The split of this may not always be an even split, and this can depend on which party has the upper hand. If you have a hot unit where there’s more demand from the buyers than sellers, the seller agent can ask for a higher split (eg. 70/30, or 80/20). If there’s little demand from the buyer side and the buyer agent calls the shots, then the agent can sometimes negotiate for a higher split.

However, some property agents refuse to co-broke this way, as they don’t want to split the commissions. If you were to buy the property without a buyer’s agent, for instance, the seller’s agent could pocket the entire two per cent.

This can result in a disservice to both the buyer and the seller. The seller’s agent may, for instance, refuse to respond when contacted by the buyer’s agent; or they may make up outright lies, such as claiming the unit is already sold.

In some cases, agents may lie about the offer being made, to increase their own commissions. In 2019, for example, CEA imposed one of its highest-ever fines of $30,000 on an agent for doing this.

The main problem here is that you as the seller may not even hear of some offers, that your agent has turned away without your knowledge. There’s also a possibility that they’ll end up selling to the buyer who gives the agent the highest commission (e.g., a buyer who has no agent), rather than a buyer who made the higher offer. Remember, buyer agents can also help to fetch a higher price by educating the buyer that paying a premium for the unit could be worth it.

4. A very low commission may not be the best deal

Some agents seem to be willing to accept low commission rates of one per cent. This seems like a great deal, but you need to consider that such agents are typically going for speed and volume.

This approach can mean the agent is not focused on getting the highest possible price out of each unit. Rather, they want to quickly close deals at a rapid pace – this can mean grabbing the first offer that comes along, collecting their one per cent, and moving on to the next unit before the month is even over.

Now we’re not saying this is entirely a bad deal; especially if you also need an urgent sale. Certainly, it can save you money. But consider that the agent may spend less time prospecting and pushing for a higher price – you may be closing on the fastest offer, rather than the highest.

There’s also a worry that these agents will give you less time and attention, as they’re going by volume; they’ll be juggling more clients simultaneously.

That said, if your unit is an easy one to sell (although you’d be naturally biased as the judge of that), going with such an option could sometimes make sense. You’d have more demand than you’d know what to do with anyway in this still hot property market.

Ultimately, the best way to go about property commissions is to make it work for both you and the agent. You’d want the structure to incentivise them to get you the best deal, to create a win-win for both parties. The thinking shouldn’t be how much you can save on the commission – if it can get you a higher price.

For example, let’s say you want to achieve a $2 million price for your home. If you’re firm on the 1% commission, this would amount to a $20,000 selling cost to you.

For more on getting the best deal when buying or selling, do drop us a message on Stacked so we can help. We’ll also provide you with the latest trends and insights on the Singapore private property market, so you can make the most informed decision.