Commentary The Case Of A “Matrimonial” Bukit Timah Home: Why A Woman Was Denied A Share 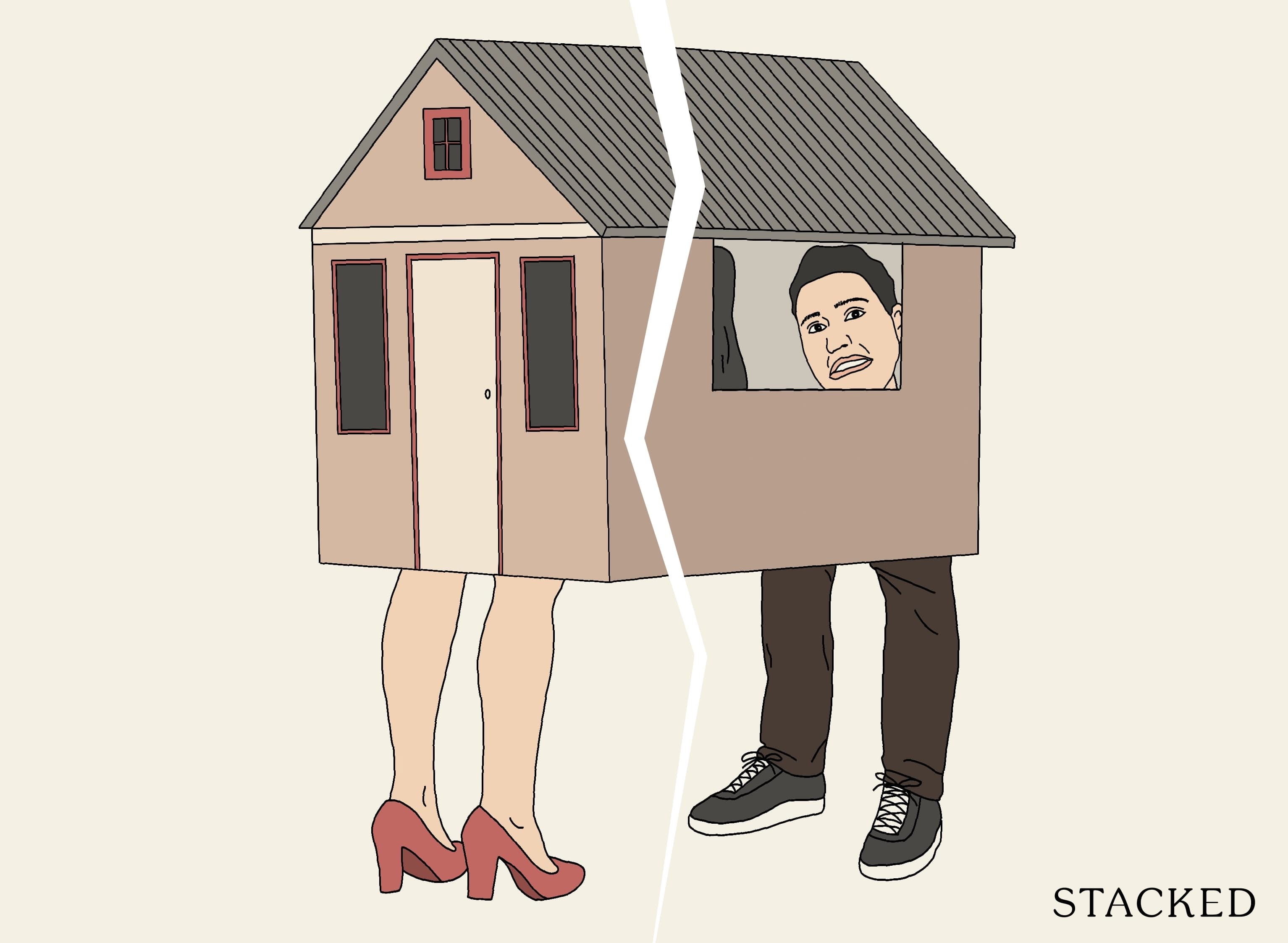 There was a bit of a surprise this February, when a lady was denied her one-third share of a property after a divorce. This was after an appeals court ruled that the house did not constitute a matrimonial asset; an outcome that reversed the earlier High Court ruling on the same case. Here’s what happened:

Note: Special thanks to Ivan Cheong and Shaun Ho for the following, which draws excerpts from their full article. You can see their original article here.

What happened to the house at Third Avenue?

The Third Avenue property was the home of a couple in their 30s, which they moved into after their marriage in 2015. After about 33 months (September 2017), the couple got divorced.

The property was in the names of the husband, husband’s brother, and husband’s mother as joint tenants*. Nonetheless, it was the husband’s father who was actually paying for the property. He had purchased the house in 2004, and was still paying for it at the time all this occurred. All of them had lived in the same house.

During an initial ruling from the High Court in September 2021, it was determined that the husband’s one-third share in the house was a matrimonial asset; and that this would be divided with his wife; but the amount payable was reduced from $1,128,857.62 to $585,289.98.

The three-judge Appellate Division (AD) of the High Court, however, reversed this in a judgement on 22nd February. The Court held that the property could not be considered to be their matrimonial home; and that it was a gift from a parent (the father who made the payments) to his child (the husband).

You can read the full details of the judgement here.

*See here for the implications of a joint tenancy agreement 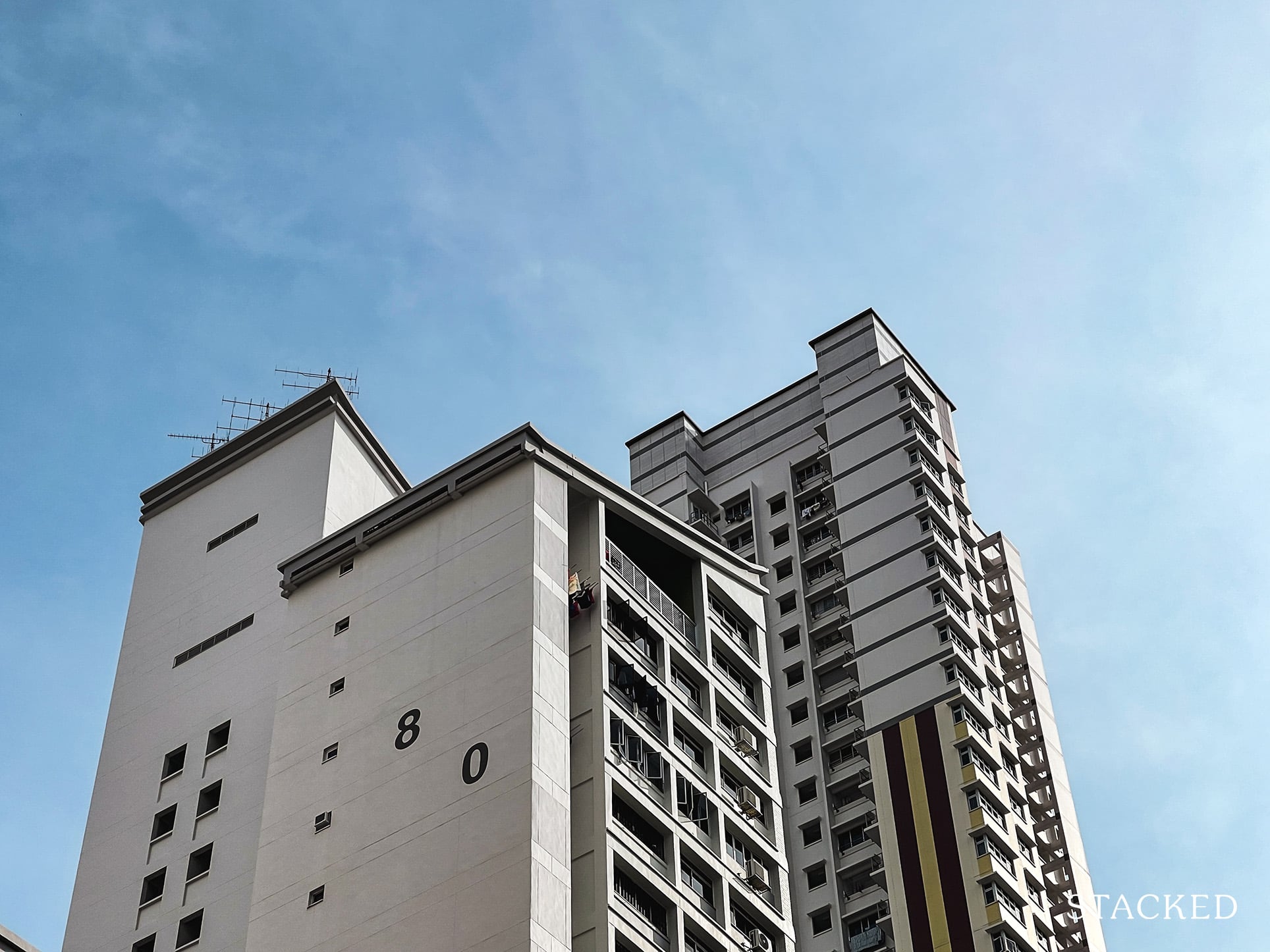 InvestmentInvesting In A Property With A Friend/Family? Here’s How To Choose Between Joint Tenancy And Tenancy-in-common

What exactly counts as a “matrimonial home” then?

The definition seems to be an evolving one. In the linked article by Ivan Cheong and Shaun Ho, they note that:

“From a layman’s perspective, the ‘matrimonial home’ is not something that really needs to be legally defined. It is simple enough – it is just the place in which the couple and the family they form, resides…

…It is, however, perhaps a result of this triteness that no Court, and no statute, has attempted a definition of ‘matrimonial home’. The Women’s Charter defines ‘matrimonial asset’ in section 112(10), but the phrase ‘matrimonial home’ is not defined, and is referenced only as an exception to the exceptions of ‘gift’ and ‘inheritance’.”

The definition of a matrimonial home, in the legal sense, has been developed over the course of different cases. Some other notable cases mentioned by Mr. Cheong and Mr. Ho include:

As such, our definition over the matrimonial home is “shaped over time by authorities by telling us, in each specific case, what is or is not a ‘matrimonial home”.

Why exactly was Bukit Timah Avenue 3 not a matrimonial home?

While they did live in the property as a married couple, the Appellate Division decided it did not constitute a matrimonial home for the following reasons:

Some issues raised about the decision

(Note: This is a simplified version of the original linked article, which should be referred to for greater clarity).

Mr. Cheong and Mr. Ho mention that it is a troubling decision, as it could muddy our understanding of what is (legally) a matrimonial home.

The couple lived in the home for 33 months, or almost three years. While deemed a “short time”, it was nonetheless their home for the entirety of their marriage; and they did not live as a married couple anywhere else.

This seems contrary to an earlier case (TNC v TND), when there had been a decision that a property (also premarital) lived in for 15 months had been converted into a matrimonial asset, by virtue of the couple’s residence.

The requirement for the couple to have been the “master and mistress” of the home, in addition to legally owning it and living there for it to be a matrimonial home, is also troubling:

“Firstly, this requirement does not appear in any other cases or in any statute. The AD did not cite any authority for this requirement. This requirement came as a bolt from the blue, surprising observers and practitioners.  Whilst the Court did highlight that TQU v TQT supported its decision, TQU v TQT, involved very different circumstances. In TQU v TQT, the parties disputed over whether a property located at Pender Court was a matrimonial asset. The CA noted that the parties lived in this property for a period of just over a year almost 30 years ago whilst they were waiting for the construction of their HDB flat, and that the husband’s mother and sisters were living in it as well. The ratio in TQU v TQT was thus that temporary accommodation in a property whilst waiting for a permanent home would not qualify the property as being a matrimonial home. This does not apply in VOD v VOC – the AD noted at [38] that there was insufficient evidence that the parties’ residence in the property was temporary.”

Also, the widely understood meaning of “matrimonial home” is just a place where the family lives; the phrase does not imply a need for “control” or “dominion”. Making this a requirement can have certain consequences, such as:

The implications of the decision on homeowners

There are some implications for married couples, living in homes that were gifted by third parties. Chief among these is the need to establish “control” or “dominion”, in the legal sense of the terms, over the property – otherwise, it may not be regarded as a matrimonial home, and won’t be divided in the event of divorce.

For example, if a young couple is sharing a home with their in-laws (e.g., a multi-generational home), the home may not count as a matrimonial asset, and may not be divided between the spouses if they’re divorced.

The following points are important, to married couples in such a situation:

2. A party claiming that a shared pre-marital and gifted property is a matrimonial home must give evidence as to dominion over the property, or at least a part of the property. Circumstances that would be relevant would include control over renovations, decoration, and furnishings, managing and maintaining one’s own part of such a property, and perhaps managing and running a separate ‘sub-household’ in the property.

3. A party living in a gifted property and envisaging divorce must keep all evidence of efforts made towards the substantial improvement of the property, if applicable. Such evidence would include correspondence with contractors or interior designers if the property was renovated, and written correspondence with property agents, etc. if steps were taken to make a property more marketable for sale. This is to enable reliance on the ‘substantial improvement’ exception, instead of the ‘matrimonial home’ exception.

If you have any questions, do reach out to a law firm for advice specific to your situation; some generalised answers may not apply to you.

For more news and updates on the situation, or on the Singapore property market in general, follow us on Stacked. We also provide you with the most in-depth reviews of new and resale properties alike, to help you make an informed decision.

The father in law is a wise man