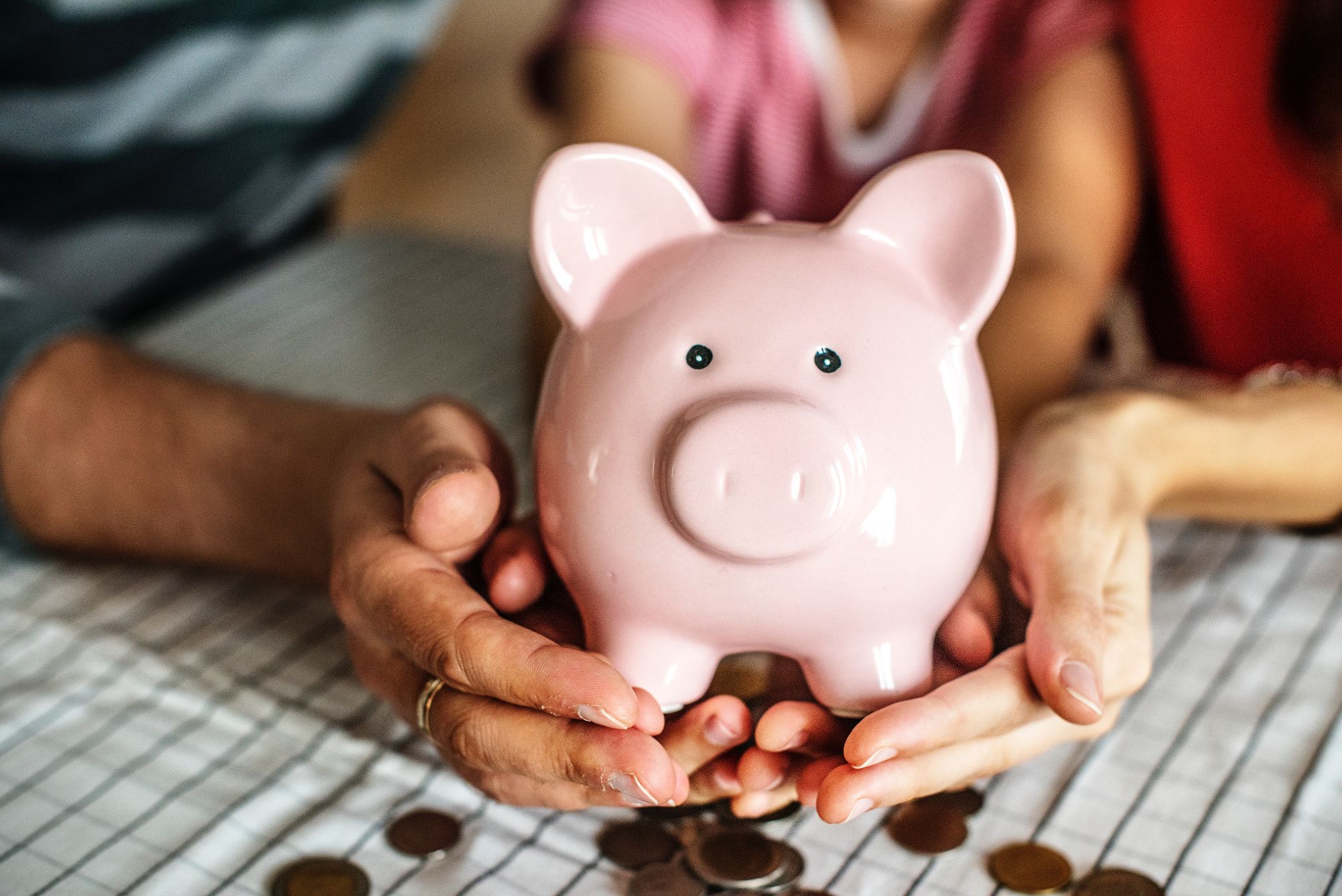 Your eyes pop out a little when the mortgage banker shows you their rate: 1.2 per cent per annum? That’s less than half the interest rate your CPF accrues at. It’s “practically borrowing for free,” you’re told.

But then you realise there’s a catch: the home loan is cheap now, but in less than five years, the rates jump significantly; you may be paying way higher than two per cent.

When you point this out, you’re given a response you’ll hear in many banks: No problem! When it gets too high, just refinance to a cheap loan again!

If you think that’s too good to be true…you’re right. Refinancing can keep costs low, but it’s never quite as straightforward when you try to do it:

What is refinancing, and how is it supposed to help you pay less?

To understand this, let’s consider how a typical home loan, such as a SIBOR-based home loan, might look.

The interest rate may be expressed as such:

The term “3M SIBOR” refers to the three-month SIBOR rate. SIBOR is the average rate at which local banks lend, and you can check the current rate on the Association of Banks in Singapore (ABS) website.

The term 3M means “three month”; so your loan interest rate is revised to the prevailing SIBOR rate every quarter. If it were a one-month SIBOR, your rate would be revised every month.

(Almost all loans use either 1M SIBOR or 3M SIBOR)

The number indicated (+0.35) is the bank’s spread as a percentage. Think of it as the bank’s “fee” for your home loan, on top of the usual interest rate.

As a rule of thumb, the first three years will be cheaper, and the rate will spike on the fourth year and thereafter

This is a sequence that almost all loans tend to feature. They will be cheaper at the start to lure you in (teaser rates), and get significantly more expensive in the fourth year on.

This is where the advice to refinance comes in.

When you refinance, another bank comes and pays off your home loan for you, and you then owe a loan to the new bank. For example:

Say your home loan interest rate with Bank A is currently 2.2 per cent, but you notice bank B offers a rate of just 1.3 per cent. You can refinance by having bank B pay off your existing loan, and then paying your new home loan with bank B at 1.3 per cent.

As such, it’s not uncommon to be told that the later, more expensive rates “don’t matter as much”, because you can “just refinance” when they come around. And indeed, many property investors or homeowners do start scouting for new loans before the fourth year comes about.

But refinancing is not always a smooth process, and can incur costs

Some of the things to look for are:

Some home loan packages come with lock-in restrictions; these are typically between three to five years. Attempting to refinance during the lock-in period will incur a penalty; typically 1.5 per cent of the undisbursed loan amount.

Note that if you have a fixed-rate package (e.g. a home loan where the interest rate is fixed for three years), the duration of the fixed-rate is always also a lock-in; so be aware that long fixed-rate loan periods can prevent you from refinancing later.

Never refinance during the lock-in period, as the penalties will outweigh the potential savings.

Switching to another bank involves a lot of legal paperwork, and a new law firm may have to take on your loan. This often incurs around $2,500 to $3,000 in conveyancing fees.

You have to consider how quickly you’ll break even if you pay this. For example, for a $1 million loan at two per cent over 25 years, the monthly repayment is about $4,200.

Assuming the conveyancing fee is $2,500, you would cover the cost of refinancing in around eight months.

Whether that’s worth paying depends on your plans. If you’re staying for the next 10 or 15 years, then sure, it’s still worth doing. But if you’re going to sell the house in 12 months’ time, then you’re only saving about $1,200 by refinancing. Coupled with other administrative costs, it may not be worth the effort.

Besides conveyancing costs, you may need to pay back the following:

When you stack all these up with the conveyancing fees, you may find it’s not worth refinancing.

4. Having to go through the loan application process again

When you refinance, you need to go through the whole process of working out your Total Debt Servicing Ratio (TDSR), creditworthiness, age and loan tenure, etc. all over again.

As you’ve grown older since your last loan application, and your income situation may have changed, it’s possible you’ll be declined. There are borrowers who qualified for a home loan five years ago, but are unable to do so now.

Older leasehold properties can also make it harder to refinance. For example, if your property is already nearing 40 years of its 99-year lease when you buy it, then you may have issues trying to refinance a decade down the road. 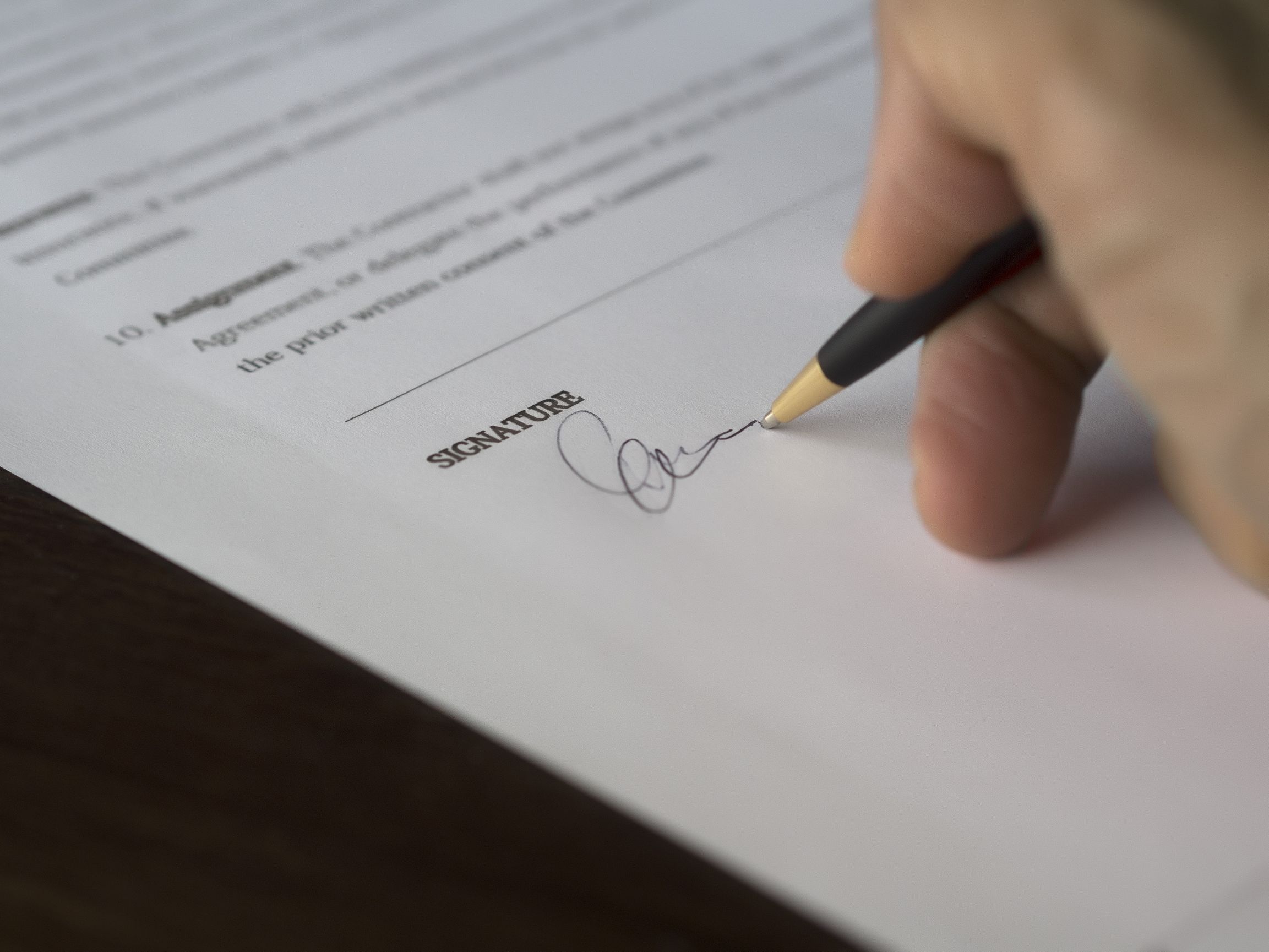 FinanceApproval-in-Principle: Why It’s Your First Step for a Home Loan/Mortgage

Repricing is an often-overlooked alternative to refinancing. This is when you switch to a cheaper loan package, without changing your bank. For example:

Say your current loan package is at 2 per cent per annum, when your bank puts out a new home loan at 1.6 per cent. Another bank has a rate of 1.5 per cent, if you refinance.

Rather than refinance, it may be better to reprice the home loan to the 1.6 per cent loan package. This will save you from costs such as the conveyancing fee, administrative fee, etc. A difference of 0.1 per cent won’t justify paying all those costs.

Repricing can cost just a few hundred dollars at times; and some home loan packages even include a number of “free repricing” options (look out for them when applying).

6.  There may not be a cheaper home loan out there

There’s no way to accurately predict what home loan packages will be on the market, after your rate spikes on the fourth year. For all you know, every other package out there will have an even worse “fourth year and thereafter” rate than your existing home loan.

This can be a good reason to ignore teaser rates, and go for the loan with the lowest long-term rates. Worry less about a loan package’s first three years, even if those teaser rates may be the cheapest right now.

Be careful to pick the best home loan from the very start. That means taking into consideration the lowest “fourth year and thereafter” rates, as well as options like free repricing.

Don’t just pick what’s cheapest right now, with the assumption that you can “escape” later. If you’re uncertain, drop us a message on Facebook; and we can help provide some clarity.

You can also follow us for more home ownership or property investment tips, and check out the most in-depth condo reviews on Stacked.

There seems to be a typo in one of your line.

Hi Dr. Jim, thank you for pointing that out 🙂 We’ve made the necessary correction! 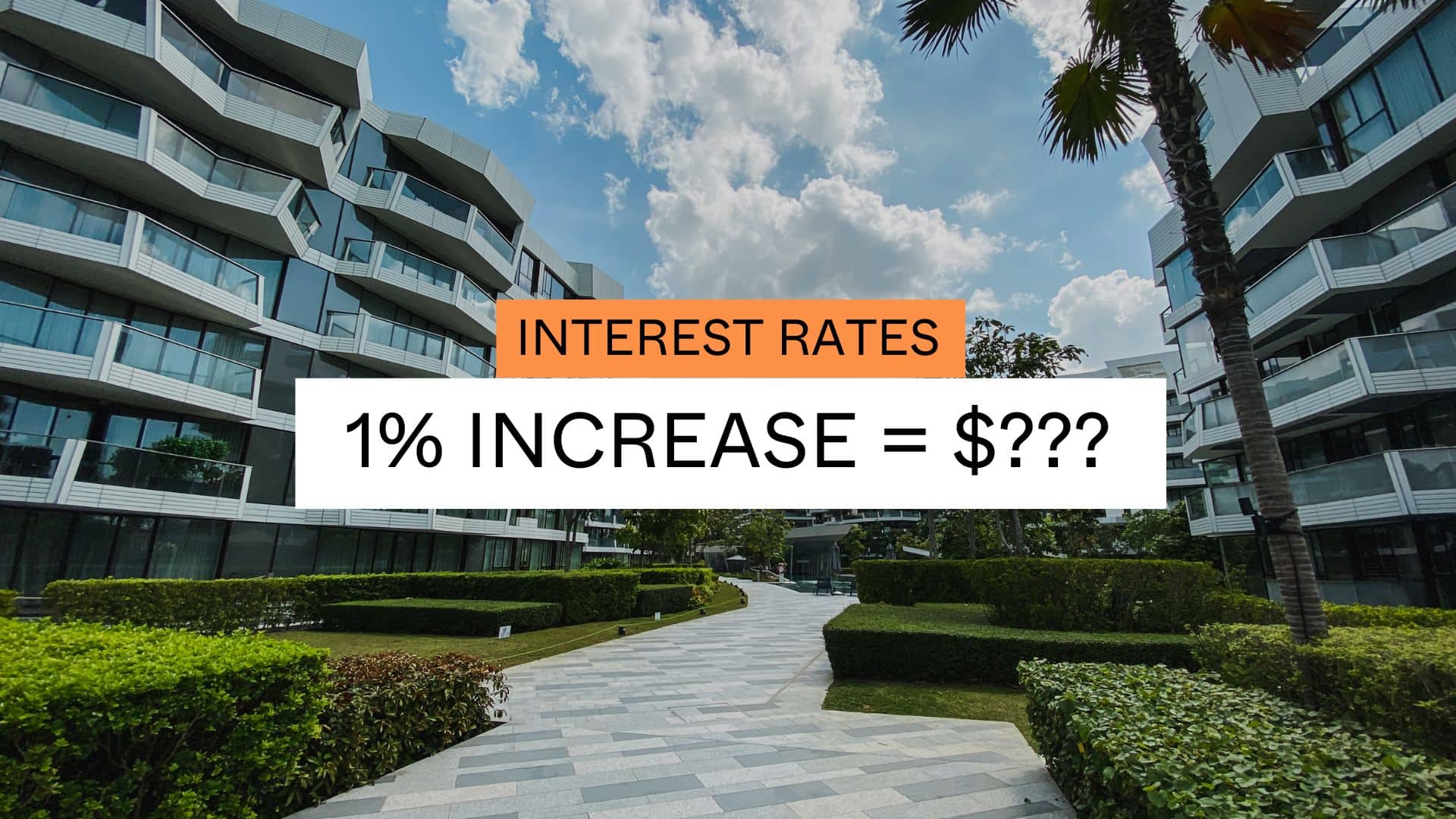 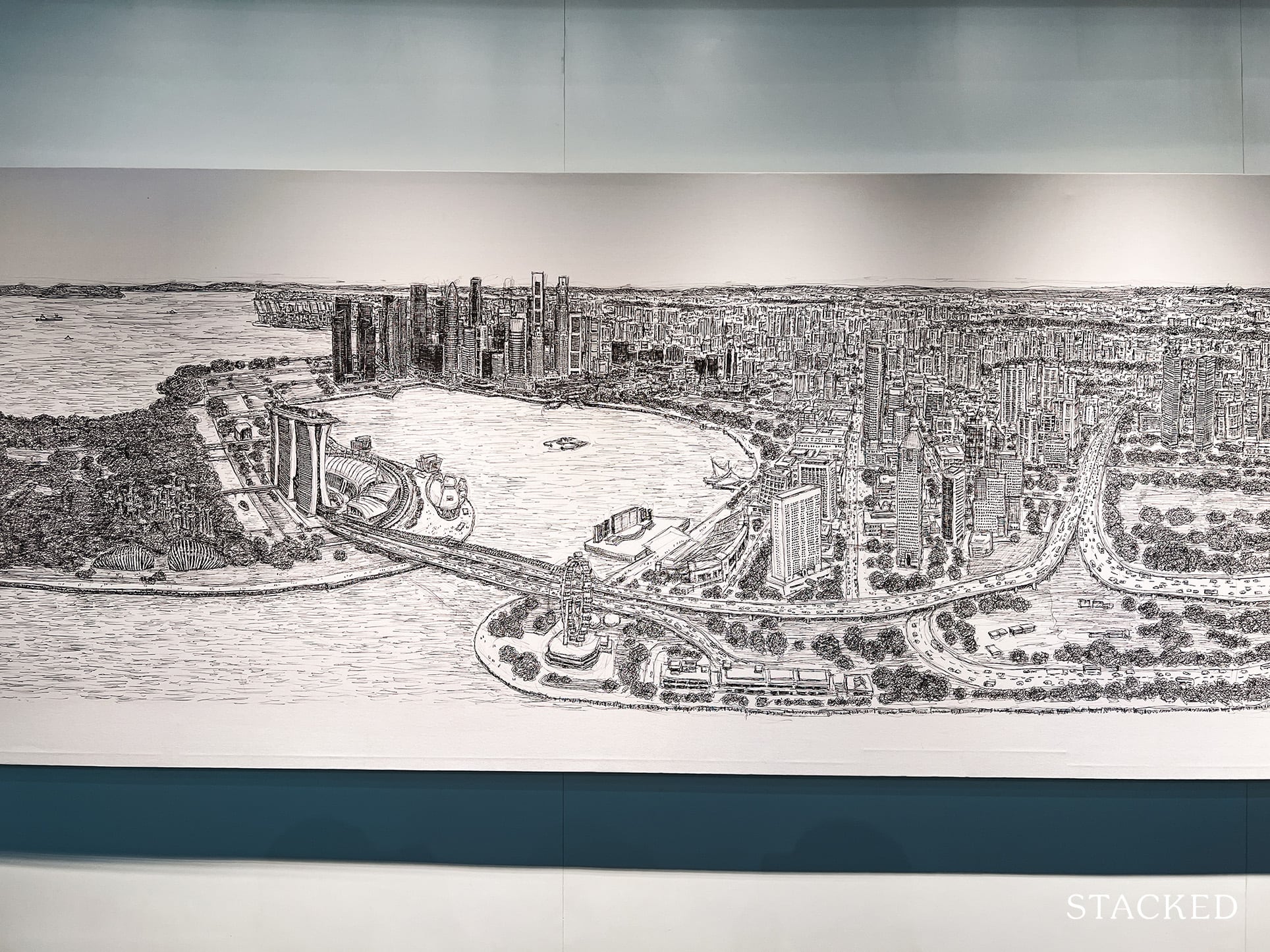 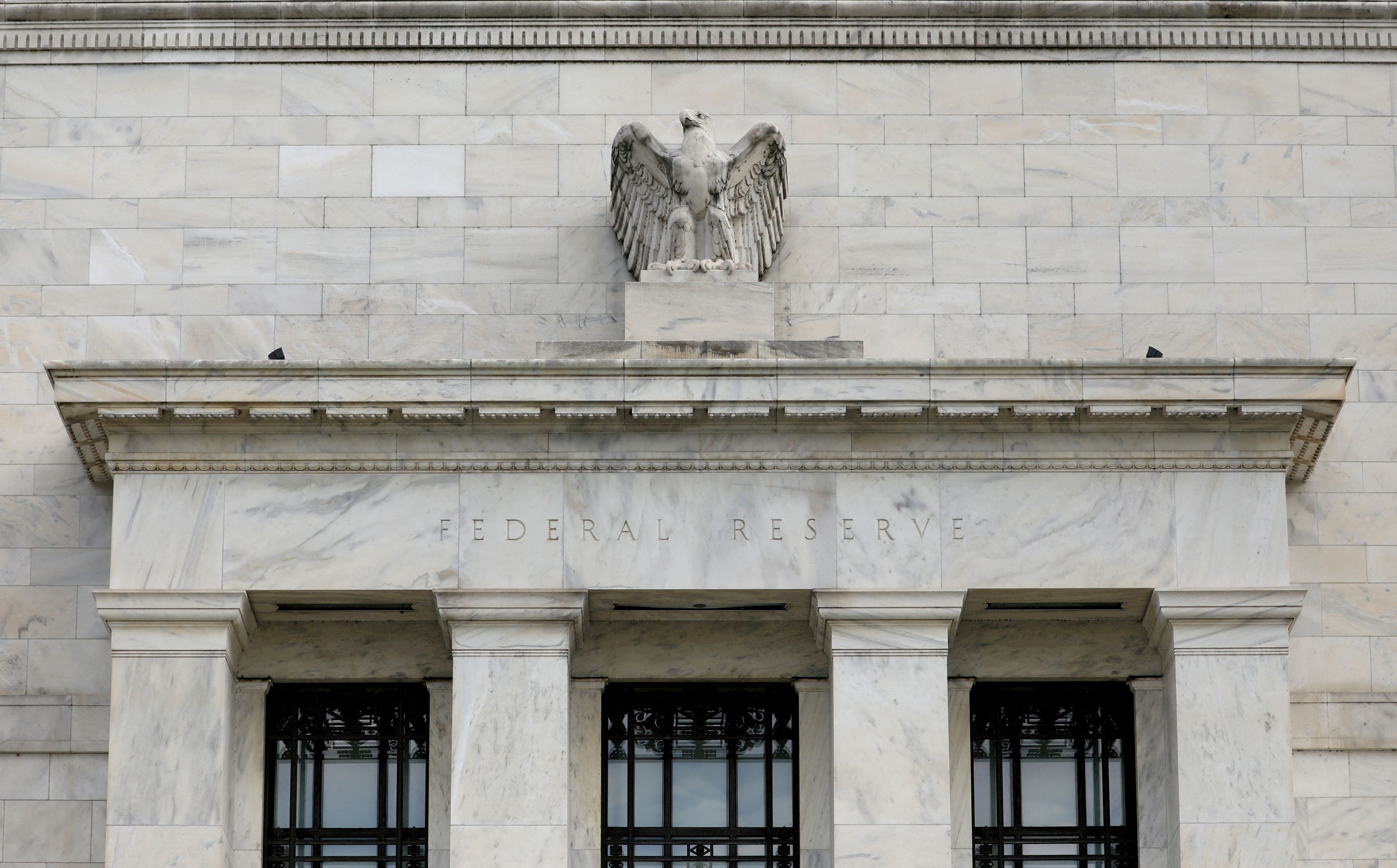