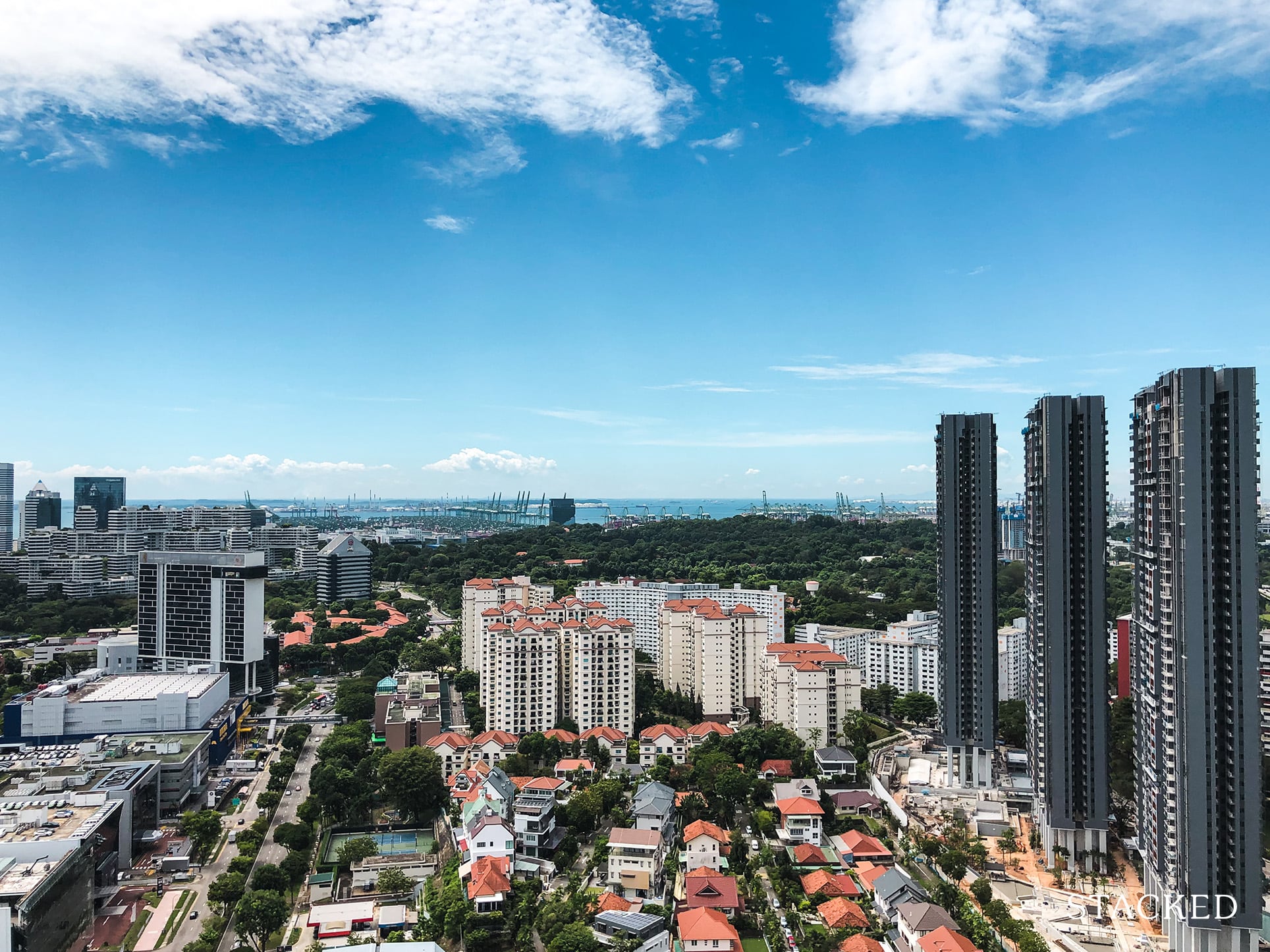 With a slew of policy tweaks over the past decade, the property market in 2022 is almost unrecognisable to those who bought in 2012 or earlier. One common gripe we hear is that long-term plans, laid out over 10 or 15 years, have now been derailed by factors such as ABSD and TDSR. Whether you’re returning to the property market this year – or are just worried about having outdated advice – here are some recent ways that property investment has changed:

Way back in 2012, the most popular strategy – or rather the most heavily marketed – was for HDB owners to buy and rent out shoebox condo units. It reached the point that, in Q1 of 2012, an amazing 52 per cent of all the transactions were shoebox units.

Shoebox units are aimed at investors who want higher rental yields. Due to the low quantum of a shoebox (510 sq. ft. or under) unit, gross rental yields topping five per cent were expected; and a decade ago, we even heard claims of eight per cent yields. This was also made better by the number of expats coming into Singapore back then, with good pay packages to attract them to Singapore.

Note that as of 2022, this is no longer the case. Due to the higher Additional Buyer Stamp Duty (ABSD) on second or third properties, the cost of a shoebox unit is not as low as it was before. A Singapore citizen buying a shoebox unit as a second property, for instance, would pay the ABSD of 17 per cent.

Once you add in the stamp duties, many shoebox units end up with a gross rental yield that’s comparable to a larger, mass-market condo. Investors should consider if it’s worth the cost, as shoebox units tend to be harder to resell.

This brings us to the second issue: since around 2019, most home buyers have been HDB upgraders. This dominant group of buyers are not often attracted to shoebox units, as they’re families; a shoebox unit is too small for them. This leaves a more limited pool of buyers, such as empty-nesters or lifelong singles, when it comes time to sell.

Likewise, the rise of shoebox units coincided with the growth of the foreign population in Singapore. In 2013, a Government policy paper showed there were plans for the population to increase 30 per cent by 2030, with nearly half of that planned 6.9 million to be foreigners. This was met with a lot of resistance, and the stricter requirements for foreigners to come into Singapore in the past few years have also played a part in less demand for shoebox units ever since.

This isn’t to say shoebox units are necessarily bad, and the low capital does mean less risk for a new investor, but they’re not the investment darlings they were in the past.

2. Cash-flow positive properties are less of an expectation

In the property heydays of 2012 to 2013, it was more common for investors to seek out cash-flow positive properties. That is, investors expected that they would still have rental income left over, once they’d covered the home loan repayments and maintenance fees.

Such situations are far less common in recent years:

Across the board, the average rental rate for a condo in 2022 is about $3.65 psf. This is down by more than 10 per cent from a decade ago when landlords could expect around $3.90 psf. Do keep in mind that this is even with recent rental rates at a six-year high.

This isn’t to say you can’t find cash-flow positive properties; they’re definitely still out there. It’s just that such finds are rare these days; most investors now see rental income as just a way to hopefully cover mortgage interest and maintenance fees, rather than expecting it to cover the entire home loan repayment, plus more.

As such, you may find that the latest property investment strategies tend to emphasise resale gains over rental. 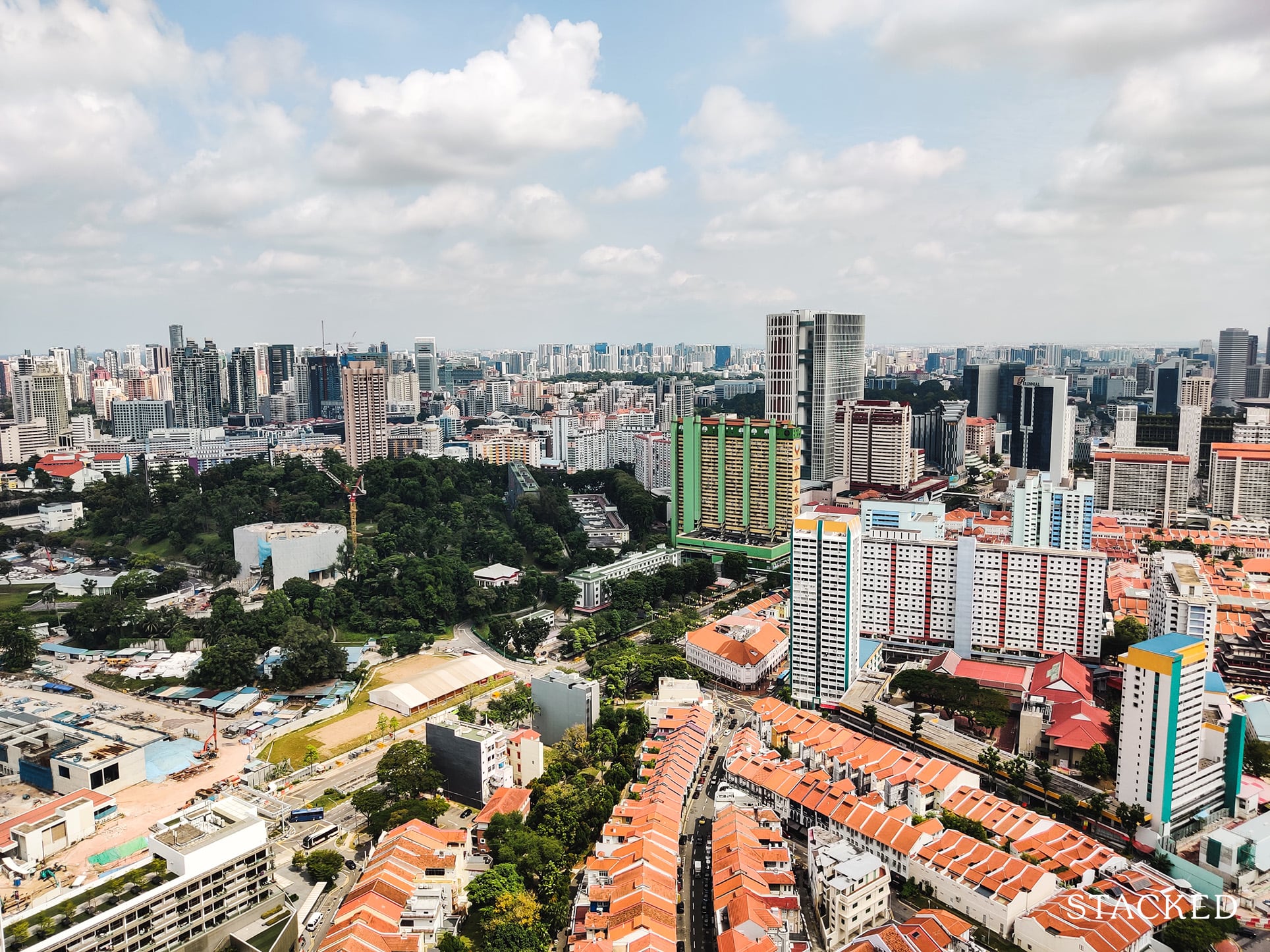 3. No more OTP shenanigans and flipping

In the past, it was possible to avoid the Sellers Stamp Duty (SSD) by transferring the Option To Purchase (OTP). In effect, you’d secure the OTP, and then transfer the OTP for a profit, instead of transferring any actual property.

If you do see sub sales, or homes being sold within a year of purchase, it’s more often a result of the seller cutting losses or facing a crisis; not so much an “investment strategy”.

Another much-loved form of OTP shenanigans – dragging out the validity period – ended in September 2020. In the past, developers could promise to automatically renew your OTP whenever it lapsed, for a small fee; this could result in the extra time given to exercise the OTP (in some cases, dragging it out for as long as two years).

This meant that investors could “chope” the unit by securing the OTP, even before they had secured the money to buy. They could then wait while they secured a loan, sold their existing home, etc., before exercising the OTP.

As this can no longer be done, investors are more often forced to sell before they buy a new unit. This may require more in-depth consideration of the timeline, and may even cause you to reconsider investing right now.

4. Cash Over Valuation (COV) is back

Around 2014, HDB stopped publishing COV rates. Coupled with a new Mortgage Servicing Ratio (MSR), it resulted in steadily falling resale flat prices – and this continued for around seven straight years.

As of 2020, however, resale flat prices began to show a turnaround; and by the end of 2021, resale flat prices were at their highest in around eight years. For most of the past decade, HDB flats have been seen as a stepping stone, to be quickly disposed of after five years – but the perspective is changing.

One of the reasons is the return of COV. While the numbers aren’t publicly known, it’s reported that one-third of all resale flats were sold with COV in 2021; up from one-fifth in 2020. It’s partly what explains the current record of 259 flats, which managed to transact at $1 million or more.

So if you’ve been warned to quickly sell and upgrade in the past, it may be time to re-evaluate that notion (especially since if you sell right now, you’ll be buying in one of the priciest markets since 2013).

Owner-investors may now have a better reason to hang on to their flats, or have more confidence in it as an appreciating asset at least in 2022.

Of course, it’s important to note that the rise in prices has been a result of Covid-19 putting pressure on the supply and demand of property in Singapore. Due to a combination of Work From Home changes, construction delays, and low-interest rates, the demand for homes that you can move into immediately has been through the roof. Once the planned upcoming supply increases, however, this situation will change.

5. Buying just ahead of an en-bloc is now more hazardous

In the past, investors would invade older resale properties like Vikings, setting up pro-sale committees and pushing for fast en-bloc sales. You’ll notice that in 2022, however, there’s far less enthusiasm for this strategy.

The main reason is rising costs on developers – ranging from land prices to Development Charges, to the ABSD on developers. With the December 2021 cooling measures, developers now pay 35 per cent ABSD on land prices. Five per cent of this is unremissible – the rest of it they can get back, provided they complete and sell the entire project in five years.

This has thrown a spanner in the works for some older developments; particularly large ones hoping for an en-bloc sale. Large land plots now represent a much bigger risk and are less likely to get snapped up or see generous sale proceeds.

In 2022, the tendency is now to look for new developments nearing the end of their five-year ABSD deadline. Some investors hope that nearing the deadline, developers will sell off the few remaining units at a discount, rather than pay the full ABSD.

Some investors still bank on en-bloc sales as a strategy – but they tend to focus on smaller condos, such as those with 300 or fewer units, or a smaller land plot. Developers tend to be more confident about redeveloping such projects.

If you’re returning to the property market after a long time, or find that your previous 10 or 15-year plan has gone awry, do talk to us at Stacked. We can put you in touch with the right experts, to see how to adapt your property investment strategy. In the meantime, you can check out Stacked for in-depth reviews of new and resale condos alike, as well as updates on the Singapore private property market.

Hi Ryan,
Appreciate your article. Thanks for sharing the market trend. This answered to some of my doubts that I had. Always learning a lot here. Thanks.

Thank you! Really glad that our article has helped you 🙂

Thanks for reading Woojung! Glad it was helpful 🙂 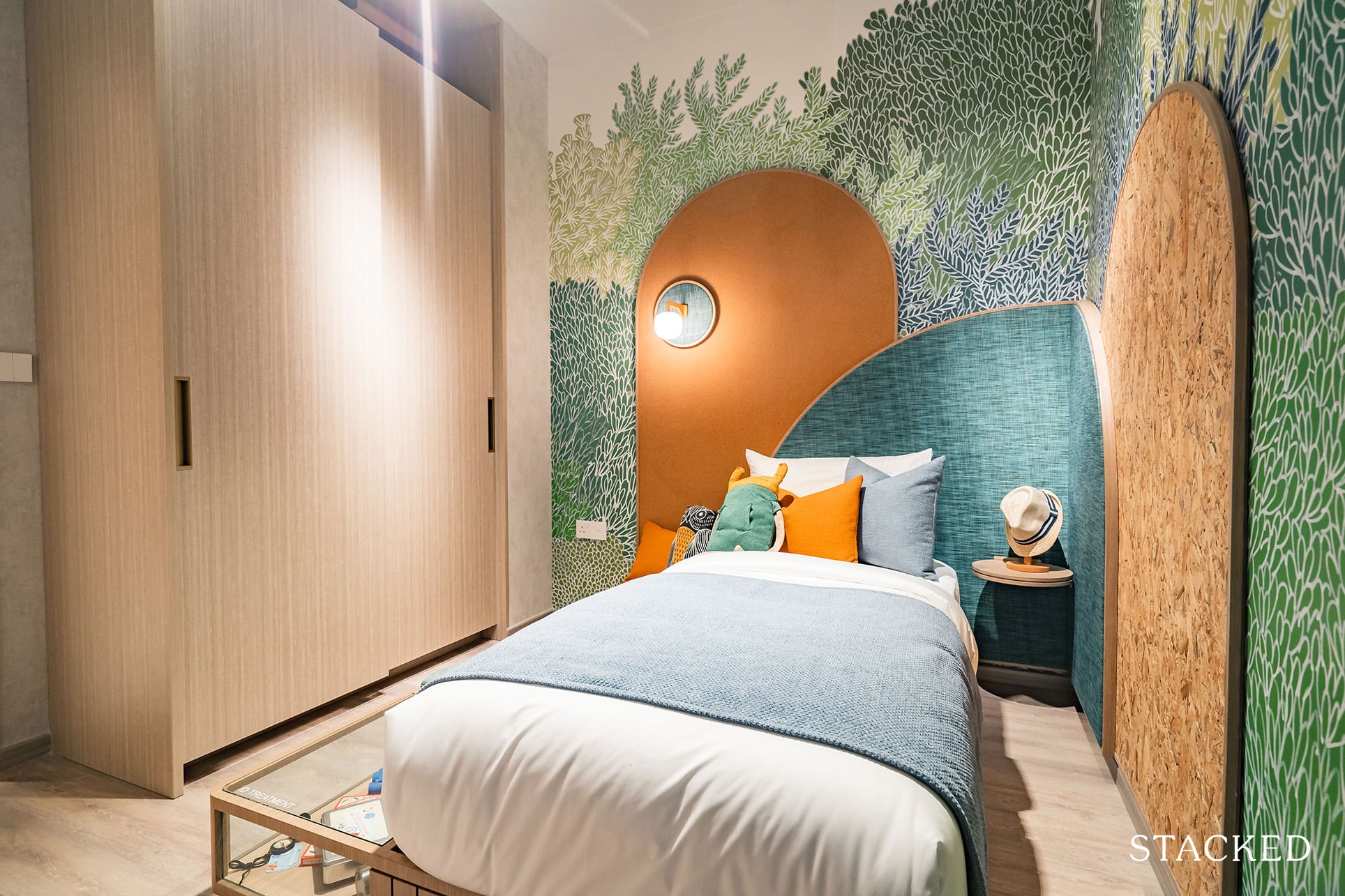 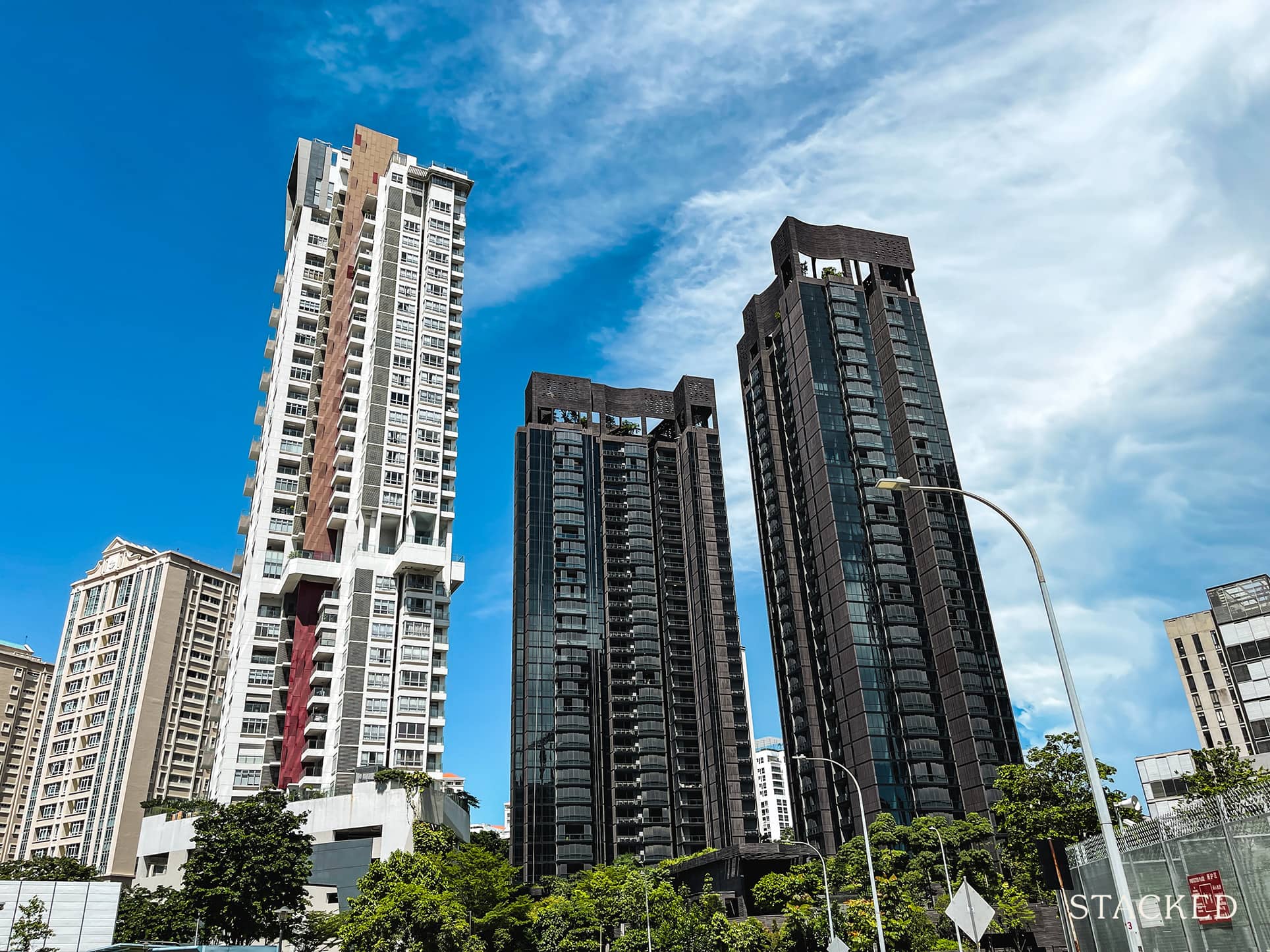 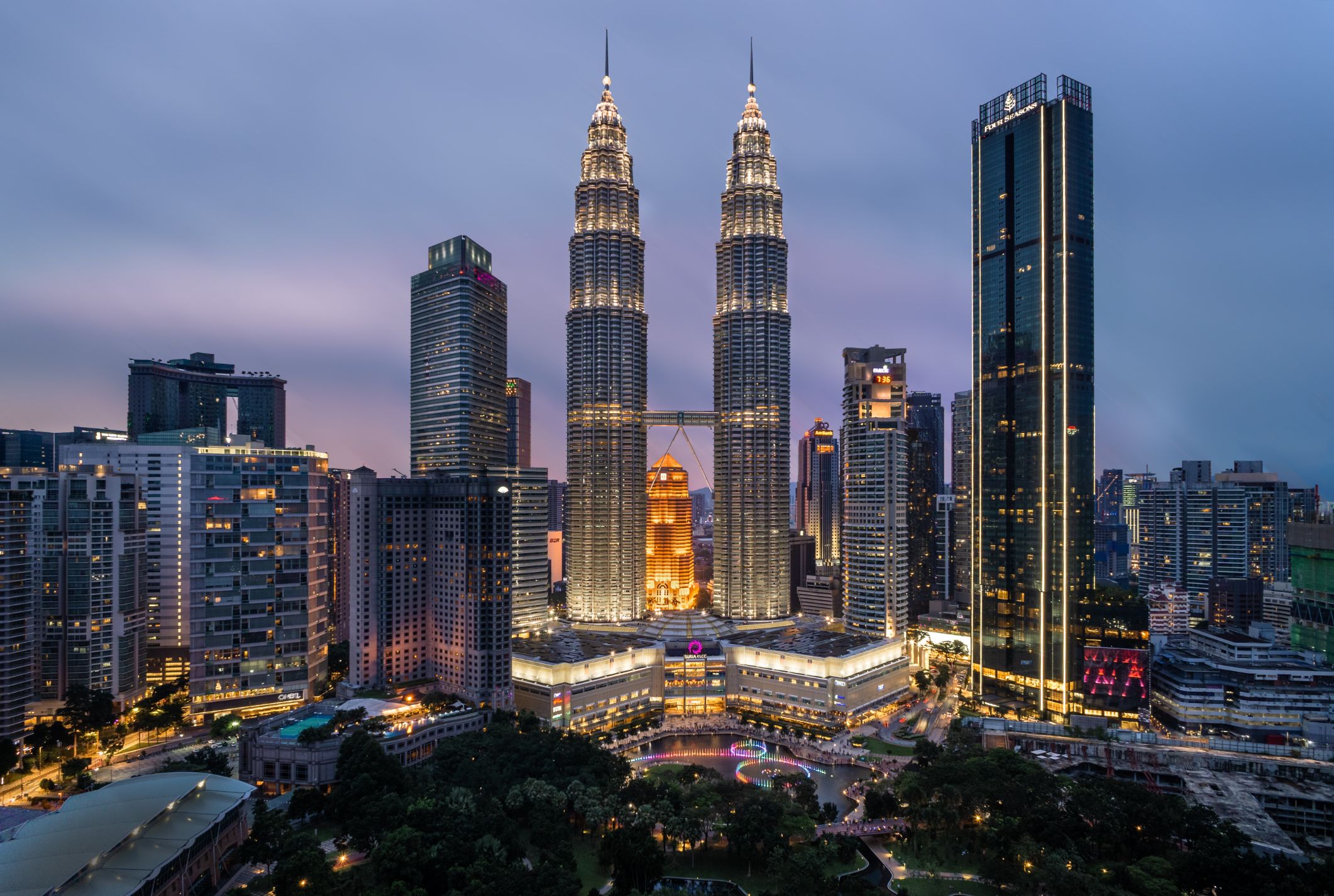