Buying Are Executive Condominiums A Better Investment Now With The New Cooling Measures? 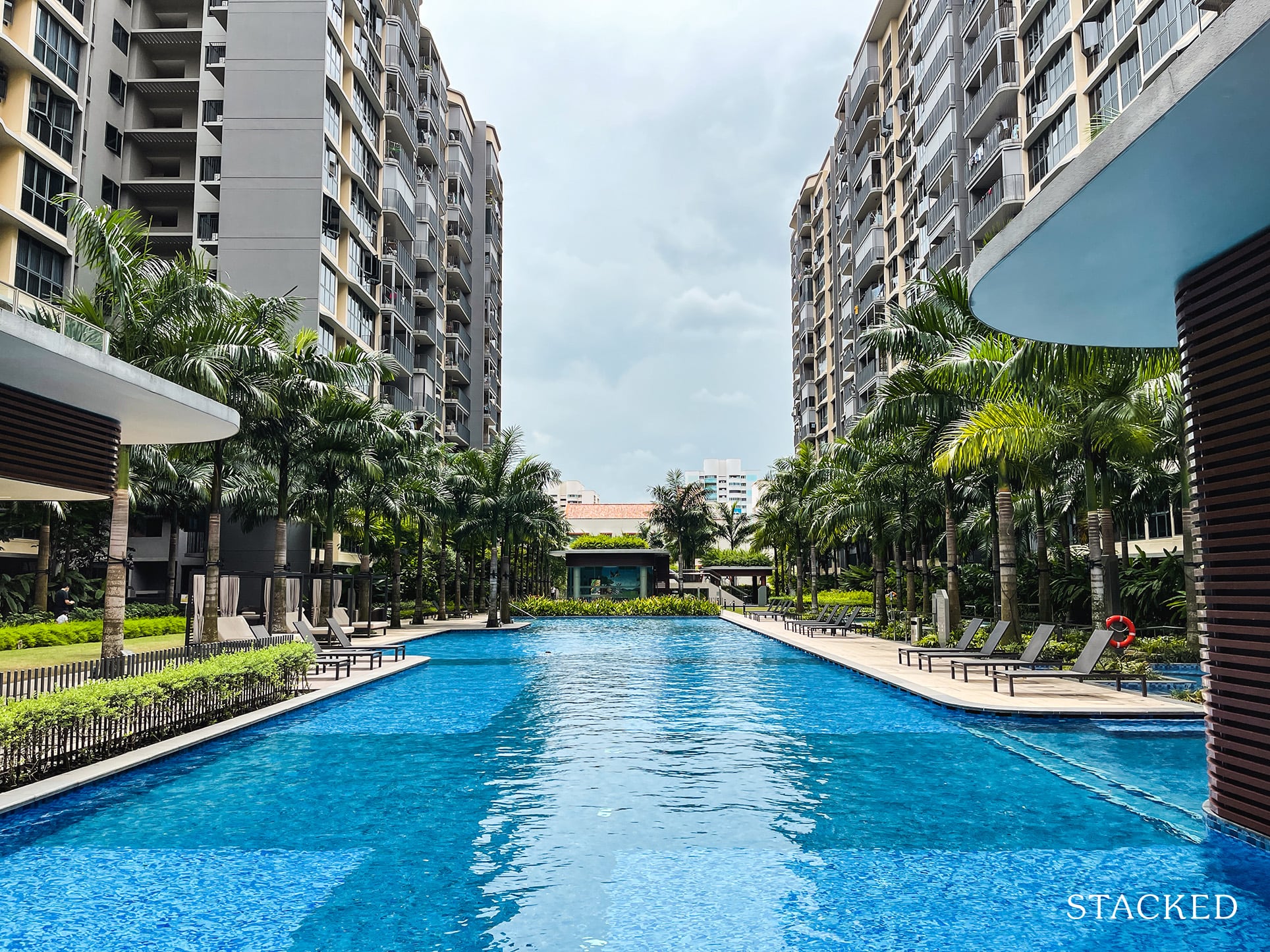 Executive Condominiums (ECs) are more in demand than ever, given peak home prices in 2022. We’re expecting at least four EC launches before the year is out, and a big question now is how they’re impacted by new cooling measures. Are they in fact a better choice for asset progression, or should you still stick to fully private condos? Here’s a quick re-take on an old consideration, with 2022 changes in mind:

With regard to overall investment potential, we have an earlier article detailing the performance of 53 ECs. That’s still relevant as it was only a year ago. However, the key difference today comes from the December 2021 cooling measures, which we cover in detail here.

In addition, there have been some wider changes to the property market in general. Some considerations in buying an EC now are:

As most upgraders need at least a 1,000+ sq. ft. unit (family-sized three-bedder), the typical new launch unit would incur a quantum of over $2 million. This will price out many HDB upgraders, who can typically afford homes in the $1.5 million to $1.6 million range.

As a loose rule of thumb, this is about the price point for a new EC, which is often 20 per cent below a private condo.

Given that the financially prudent choice is a resale condo or an EC, more upgraders will probably opt for the latter. ECs can be bought with subsidies, incur no ABSD to upgraders (see below), and come with a fresh lease in the case of leasehold condos.

2. ECs are less affected by the increase in ABSD

The Additional Buyers Stamp Duty (ABSD) has been raised across the board, and this is significant to HDB upgraders.

An upgrader who chooses to purchase their condo, before selling their flat, now has to pay 17 per cent ABSD on the second property. They can apply for reimbursement from their CPF, as well as ABSD remission later*, but they must first pay the stamp duty (within 14 days of the transaction).

As such, most HDB upgraders will have to sell their flat first, find temporary accommodation, and then move on to buy their unit.

With ECs however, there’s no upfront ABSD (although you still have to sell your previous flat within six months). This presents a much more convenient option, and allows you to quickly lock down your preferred unit.

*See here for information on how to get ABSD remission

You’ll notice we said ECs are less affected, rather than being completely unaffected. There’s an indirect effect from raising the ABSD on foreigners and entities – these now pay 30 and 35 per cent ABSD respectively.

The main benefit of full privatisation, which occurs after the 10th year for ECs, is that HDB-like restrictions are lifted from buyers. This means, for example, that an EC unit can be sold to a foreigner, or a company (including property developers).

The problem is that these are the two types of buyers most heavily impacted by ABSD right now.

Affluent foreigners who buy high-end condos are probably not going to buy ECs; this batch of buyers are focused on the luxury market. This leaves the middle to upper-middle income foreigners as buyers of mass-market condos, including ECs. But with the ABSD increase, they may be priced out of even this option.

As for developers and companies, en-bloc prospects are diminished by the higher ABSD rates.

Based on this, the most significant gains for an EC may be right after the five-year Minimum Occupancy Period (MOP), and not after full privatisation.

The United States aims to aggressively raise interest rates this year. As a knock-on effect, this could bring about increases of 0.75 per cent in home loan rates in Singapore. Note that this is just the start, and the Fed has signalled a willingness to raise rates even higher if they feel it’s necessary.

There’s also the simple fact that home loan rates have been abnormally low for over a decade, due to two black swans: the Global Financial Crisis, and then Covid-19 just as rates were starting to normalise. It’s a bit of a reach to hope for another decade (if the interest rates are depressed for too long, there’s a risk of runaway inflation).

Homeowners with HDB loans have a much lower chance of seeing their interest rates change. Unless the CPF board responds by raising the CPF rate*, they’ll keep paying their 2.6 per cent, which has been unchanged for over a decade now.

For buyers of ECs, however, HDB loans are not an option. If you buy an EC, you have to take a bank loan. And if you’re an owner-investor, looking for asset progression, then it’s time to educate yourself on issues such as repricing, refinancing, and understanding different loan packages.

Some upgraders may find the shifting interest rates to be anxiety-inducing, compared to their old, stolid HDB rate. This could be an (albeit small) contributing factor to choosing a bigger flat, instead of a private condo or EC.

*HDB loan rates are 0.1 per cent above the prevailing CPF interest rate, which is revised on a quarterly basis.

This is on the basis of lower initial prices, subsidies, and room for appreciation. We don’t really want to highlight this as a truism, as it’s a very loose generalisation. There are private condos that have significantly outperformed ECs, and vice versa. It also depends on whether you’re renting the unit.

We last did a comparison on this in 2020, but here’s a quick recap.

Looking at such a chart, it’s easy to conclude that ECs are more profitable.

Change the start and end point, and the narrative changes.

In this case, private condominiums come out on top, at an average appreciation of 42% as compared to the executive condo at 36%.

Just like what we have detailed in our freehold vs leasehold study, the period of comparison has a huge impact on the outcome of which is the “better” type of condo. As always, the answer on which is a better investment is always – it depends.

Remember, you have to wait five years before you can rent out a whole EC; but if you buy a private condo, the full rental income can start immediately. This is not reflected if you’re looking at pure resale gains.

For these situations, you still need to compare a specific condo unit to a specific EC, to decide which has the better bottom line. You can reach out to us on Stacked for help, and also check out our reviews of new and resale condos alike, to make a smart comparison.

Hi Ryan, thank you for your insights. It really helps to provide me more clarity in my property investment. Currently I am in a dilemma and not very sure if I should get 2B2B at Prive (775 sq ft) or Parc Centros (764 sq ft), but the diff is about $100k plus. If I am looking for higher rental yields and future capital gains, which would provide a better option.

Thank you and look forward to hearing from you.