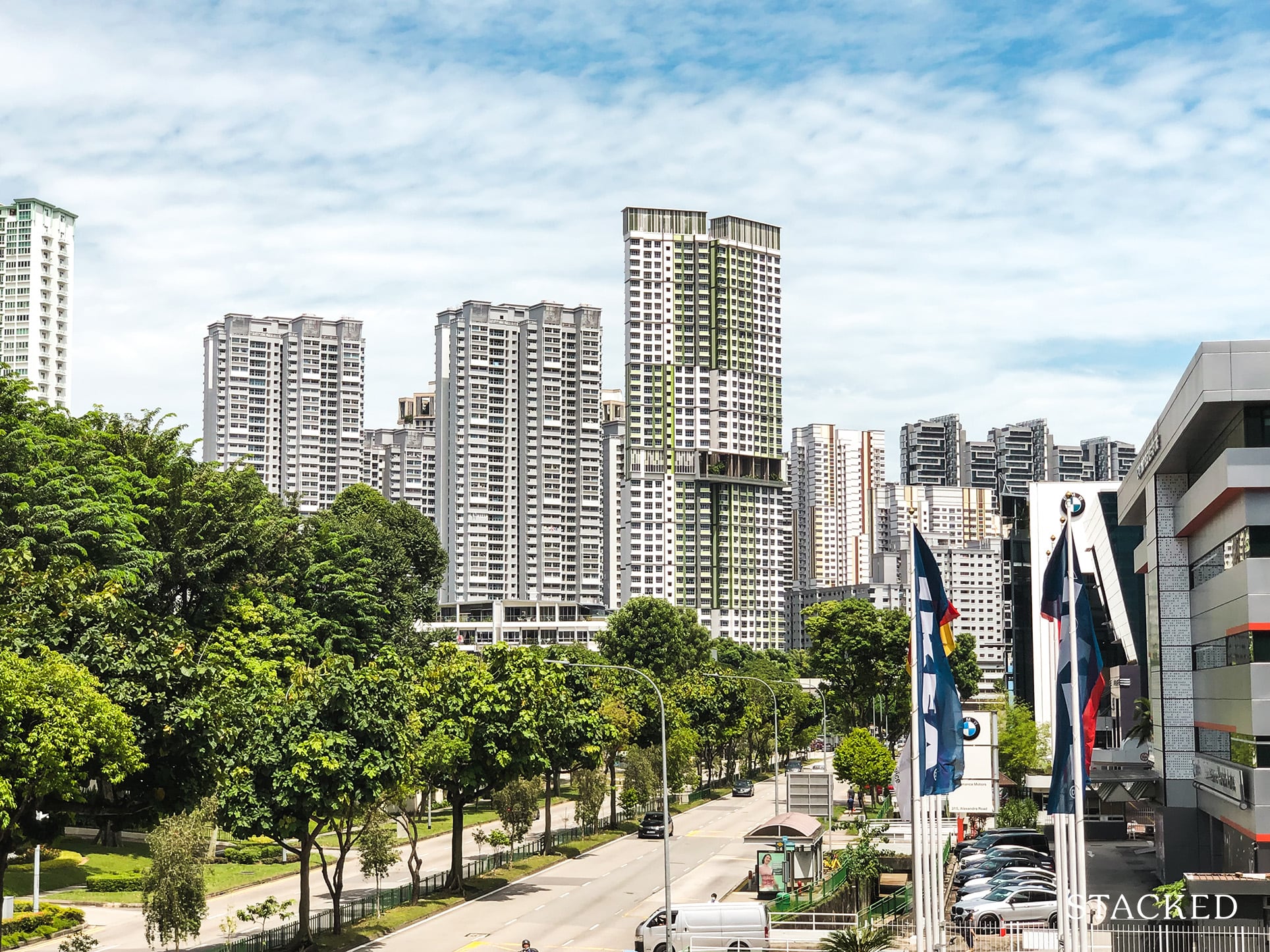 Resale flat prices are now at the highest since the last peak, in May 2013. On the ground, we’ve seen prices rise in both mature and non-mature neighbourhoods; and more than one reader has complained about Cash Over Valuation (COV), even in usually affordable areas like Yishun or Sengkang. With the new cooling measures yet to take much of an effect (and you need to buy urgently), how is a home buyer to find a flat in times like this? Here are some steps to take:

A snapshot of the HDB resale situation in 2021

This is the 16th consecutive quarter of rising prices; and as of end-November 2021, there have been 223 flats transacted at $1 million or higher (there were only 82 million dollar HDB flats in 2020). This is now the new record to break.

Natura Loft, a DBSS project in Bishan, was the highest transaction of the lot, at $1.36 million. At the same time, Woodlands set the record for the most expensive flat in a non-mature estate; an executive flat sold at $980,000 (likely due to upcoming plans for the Woodlands North Coast).

To summarise, we’re saying that it’s the most expensive time to buy a resale flat in around eight years; and keep in mind prices are still rising (although we’ve yet to see the effects of the new cooling measures).

Trying to find a bargain, at this particular time, is going to be rough. However, you can possibly improve your odds with the following steps:

1. Focus on the quantum

New buyers often focus too much on the price psf; such as filtering by price and then ranking from the cheapest price psf to the highest.

Besides that, there’s a tendency to think a lower price psf is a better value or it is more prudent. This is not always true.

(In general, smaller units will have a higher price psf, and vice versa).

While a lower price psf seems more attractive, consider the numbers once you start paying:

Some may say the lower price psf reflects “better value” due to the 5-room flat being bigger. However, consider the numbers above, and ask yourself if it’s really worth an extra 210 sq. ft. or so.

The price psf is useful if you’re looking for a tiebreaker, such as a close comparison between two flats in the same block. But on a practical basis, quantum is a bigger factor in whether you can afford the unit.

It is the quantum, and not the price psf, that affects the loan amount and the stamp duties paid.

In general, homes should not have a quantum that exceeds five times your annual household income – even if you can qualify for a higher loan.

In general, flats that have recently reached their Minimum Occupancy Period (MOP) tend to be priced higher. This is also true for Executive Condominiums (ECs).

There are two reasons behind this: the first is that new flats, which are only five years old, are the most attractive to buyers. They have the advantage of being ready-to-move-in, with negligible lease decay. The increased competition means you’re more likely to end up paying Cash Over Valuation (COV).

The second reason is that, quite often, those who sell right after MOP are the ones planning to upgrade. In 2021, home prices are high across the board (they have been rising for six straight quarters).

Note that an unusual number of flats – around 50,000 – will reach MOP in 2020 and 2021. This has also contributed to the spike in average transaction prices given these flats are new. 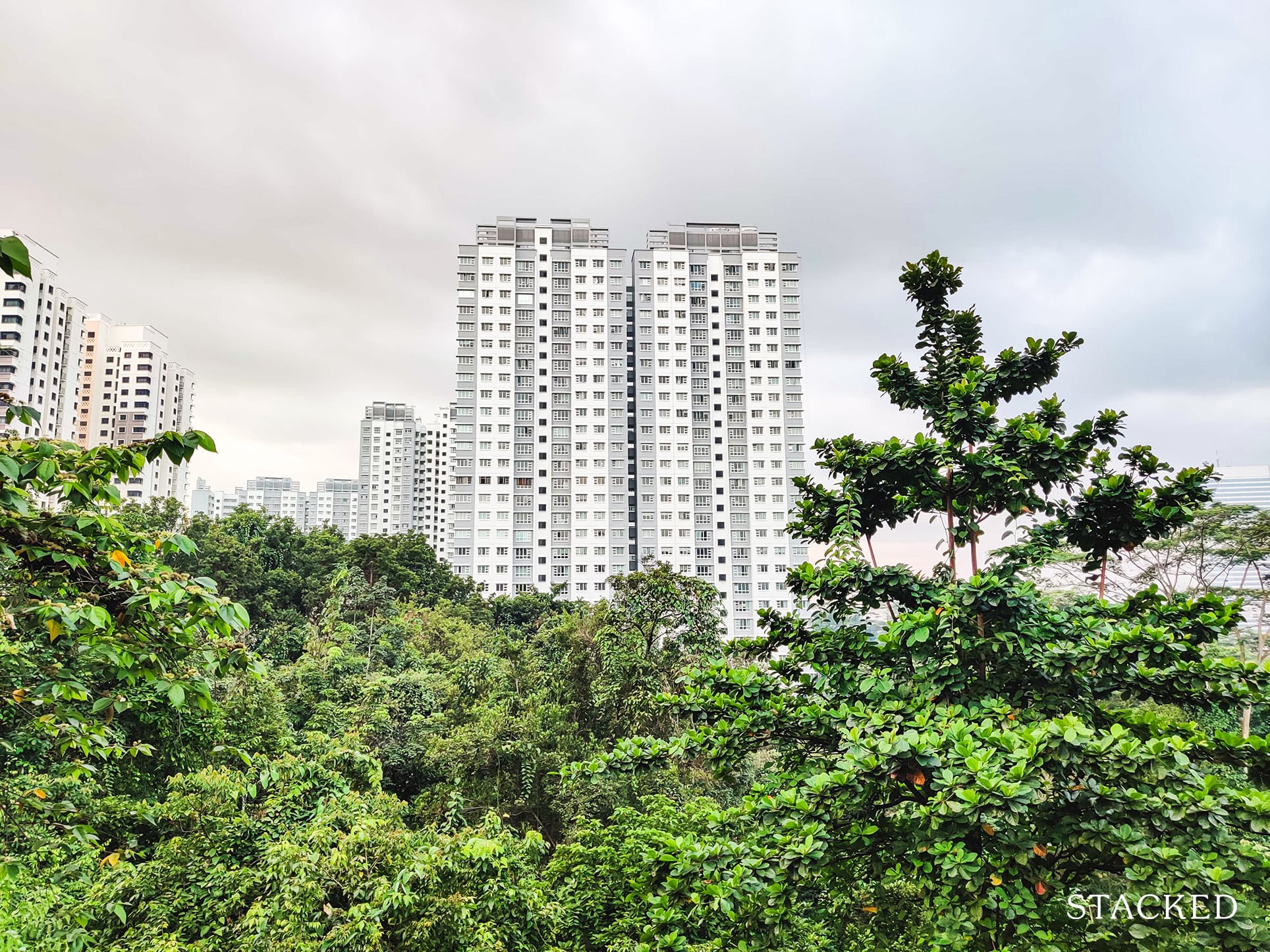 For these reasons, you may find that 10+-year-old flats in the same estate are better priced. However, do bear in mind that advanced lease decay (e.g., flats from the 1960s) are not too desirable either; even if they’re large for their price, there could be resale difficulties further down the road.

3. Locate agents with recent transactions in the estate

Agents who recently transacted in the area have fresh information. This is the knowledge that can’t be taken off a database.

For example, we have heard of cases where agents knew of sellers who were in urgent need to sell or were struggling because the ethnic quota was reached. Realtors encounter many of these situations when they’re researching the neighbourhood, and can clue you in on possible better-priced sales. In some cases, these deals may just transact even without it getting on the property platforms (thus avoiding more exposure and more competing buyers).

Realtors also know the blocks where a few sellers asked for crazy amounts and got lucky (e.g., they will know when a colleague sold a flat for $900,000 in the same block). Prices tend to spike after events like this, so the realtor can warn you about such outliers.

As of 2019, the Transaction Records Initiative (TRI) allows the public to check the past transactions of any realtor; so it’s easy to verify any claims.

4. Look for upgraders or inheritors

This is where you’ll probably need a realtor with a good nose; unless you have the skills to dig into the sellers’ motives yourself.

In general, sellers who are in the process of upgrading, or who have just inherited the flat, are the ones most pressed to sell. This is not always the case, but it’s true much of the time.

Anyone who already owns a flat cannot also inherit their parents’ flat; they need to dispose of one of the properties, within a given time (they also can’t rent it out in the meantime).

Upgraders, who choose to buy their condo before they sell their flat, may face a six-month deadline to claim Additional Buyers Stamp Duty (ABSD) remission. Those who are close to the six-month deadline are probably eager to sell, and more likely to accede to your price. Whatever discount they need to give you, it probably won’t be as bad as paying 17 per cent ABSD!

5. Demonstrate that you can make a quick transaction

Some sellers are willing to tolerate a lower offer, so long as you’re the one already prepared to sign the papers.

As in the case of upgraders above, they may want to quickly sell the flat for sale proceeds for a condo down payment; or they may be rushing against the ABSD deadline.

These sellers are more inclined to accept a buyer who is ready to pay right now, versus buyers who are still “thinking about it”.

As such, it’s advisable to make it clear – from day one of contact – that you’re a serious buyer with the cash and loan ready to go. One way to do this is to have your loan application letters ready, be it from the bank or HDB, to show you’re ready to buy.

Finally, follow us on Stacked as we provide constant updates on where to find the cheapest HDB flats, as well as other property types. We also provide in-depth reviews of new and resale condos, if you’re more inclined toward the private market.