We’re nine months into 2022 and already, more resale flats have crossed the $1 million mark than the whole of 2021. Mind you, 2021 already saw a record number of million-dollar flats, so we’ve truly reached a surreal stage in the resale flat market. Under normal circumstances, million-dollar flats are often derided as indulgences, or the whim of a pure homeowner; but it’s become somehow understandable for some home buyers, in 2022:

Another record year for million-dollar flats

For the first nine months of 2022, there were 266 flats that transacted at $1 million or more. This has already broken last year’s record, which saw 259 flats transact at such a high quantum.

This comes on the back of continually rising resale flat prices, which haven’t seen a dip in 26 consecutive months. According to Square Foot Research, the average price of a resale flat is now $531 psf, up around 10 per cent from $492 psf the previous year.

The most expensive resale flat transaction is still from SkyTerrace @ Dawson, where a 5-room loft apartment was sold for $1.418 million. But as we wrote about here, it may sound over-the-top at first glance, but you truly don’t have a like-for-like replacement at the same price point.

What makes a million-dollar flat seem reasonable in 2022?

1. More buyers priced out of the private market

We mentioned in this earlier article that, with new launches, an increasing number of upgraders are being priced out. Prices of around $2,000 psf have become normalised – and a unit that’s roughly the size of a 4-room flat (around 1,000 sq. ft.) can cross a quantum of $2 million. This is outside the budget of most upgraders, who we find can manage about $1.6 million to $1.8 million. 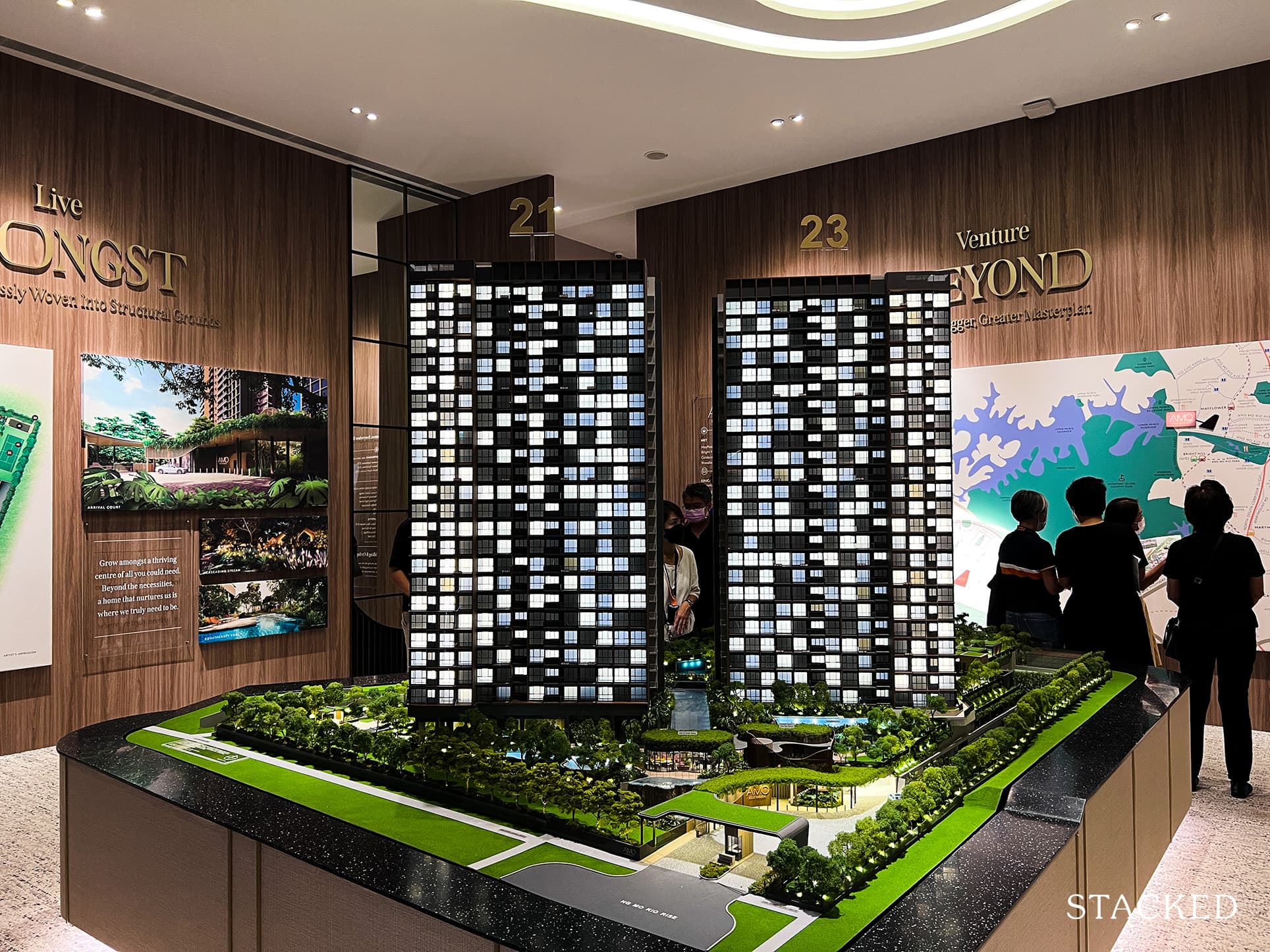 CommentaryAre HDB Upgraders Getting Priced Out Of New Launches In 2022?

You can check out such units on this list.

On its own, the notion of a million-dollar flat may sound excessive. But it’s less so when you consider that such a flat can be much more spacious, and even more conveniently located, than a resale condo that costs more (and you’ll even save on the maintenance fees besides).

Simply put, private home prices are so high in 2022, that even upgraders may consider a bigger flat instead of a smaller and pricier resale condo.

2. A limited supply of flats that are just now being corrected

HDB ramped up flat production by 35 per cent, between 2021 and 2022. However, the BTO system means those flats will take up to five years to arrive; and that’s of no use to a large number of Work From Home Singaporeans, or young couples who need a home right now.

Besides this, consider that some buyer demographics have no choice but to opt for resale. Families where both spouses are Permanent Residents, for example, cannot apply for a BTO flat.

Buyers who have no choice can either (1) buy private, incurring the issues described in point 1, or (2) bite the bullet, and agree to pay sky-high Cash Over Valuation rates for a resale flat.

We’re certain that at some point in the future, the added supply of BTO flats these two years will kick in. But for now, they’re of limited help in cooling prices.

3. Even high-interest rates may be a non-issue for some buyers

For home buyers using bank loans, their interest rate is rapidly climbing. At the time of writing, many banks have even removed their fixed rate loan packages from offer. From interest rates of around two per cent in 2018, rates have now climbed to the three per cent mark – and show signs they can go higher yet.

This should logically dissuade buyers from high-cost homes, like million-dollar flats.

However, some realtors have explained why even high rates don’t deter some buyers. One of them said that:

“In the 2022 market, you have right-sizers as well as upgraders, both moving into the resale flat market at the same time.

Those who want to cash out are doing it now, while prices are high – they sell their private property at today’s peak, and they have a mountain of gold to play with. Someone who sells their condo or landed property in 2022 has no trouble affording a million-dollar flat.”

The agent noted some of these buyers don’t even need home loans; they may pay off the entire unit immediately, or just over a few short years. As such, the high-interest rate doesn’t bother them too much.

Why are million-dollar flats appearing in places like Hougang? The simple reason is likely decentralisation.

Many non-mature estates are no longer as “ulu” as they used to be. Consider, for instance, the transformation of the Jurong Lake District, or the development of Punggol Waterway Point.

The improved amenities in non-mature areas, such as better MRT access or next-door malls, have helped to justify the prices of nearby executive flats.

Realtors noted that this trend is almost certain to continue, as Singapore further decentralizes; and one day, no one will be surprised to hear a flat sold for a million in Woodlands or Punggol.

5. A rising tide lifts all boats

There’s also another simple answer that we can use fairly loosely here, which is a rising tide lifts all boats.

As people hear of HDB flats in central areas reaching prices of $1.4 million and above, and more and more flats reaching a million in price – they will get desensitised towards these price points eventually.

The more people break that $1 million price barrier, or the more non-mature estates that get to this price point, the more it becomes considered a norm.

If anything you could say that this is a psychological barrier that people just had to cross.

It’s like what happened in the 1940s with Roger Bannister, which is now more famously known as the Bannister effect.

Back then, it was considered impossible for anyone to be able to break the 4-minute mile barrier. Experts believed that the human body just wasn’t able to beat that 4-minute mile mark.

But on May 6 1954, Roger Bannister ran a then-world record 3:59.4 second mile – that psychological barrier was broken.

Because people now believed it could be done, nearly a dozen others beat the 4-mile barrier within the next two years of his record.

Likewise, with HDB prices, it’s only a matter of time before you’d start seeing more non-mature estates reach that mark. Just as we are wrapping this piece up, a Bedok jumbo flat has just sold for $1.04 million, a first for the estate.

Overall, million-dollar flats make a strange kind of sense for some buyers, within the context of 2022. Private home prices are so staggeringly high, it could make sense to upgrade from a 4-room to a Maisonette, versus from a 4-room to a smaller or equally sized condo.

For more on the million-dollar flat situation as it unfolds, follow us on Stacked. You can also check out in-depth reviews of new and resale projects alike.

To be honest, resale HDBs are still affordable as long as you are not too picky about things like distance to/from office, balance lease and surrounding amenities. The problem arises when people earning inadequate salaries demand such conveniences and frills. Then you have all the noise and chatter about 1m flats being inaccessible to those earning below average salaries (as they should be). The whole point of a capitalist society is that you only get to demand more if you can pay more! These people are clearly entitled, and entirely deluded. 400k-500k 4 room flats are still aplenty if they’d… Read more » 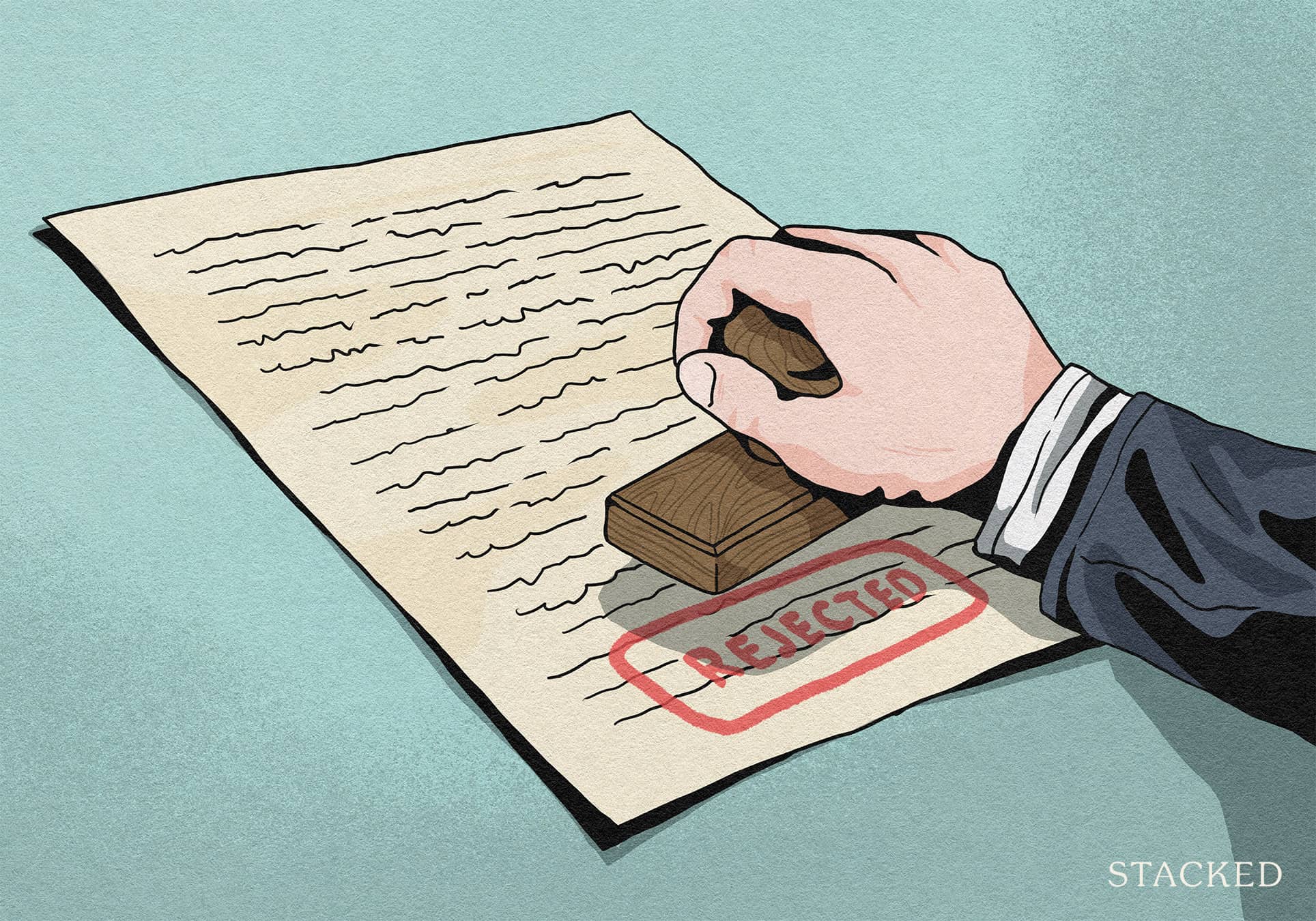