Commentary 16 Dec 2021 New Property Cooling Measures Kick In: Here’s How It May Affect You 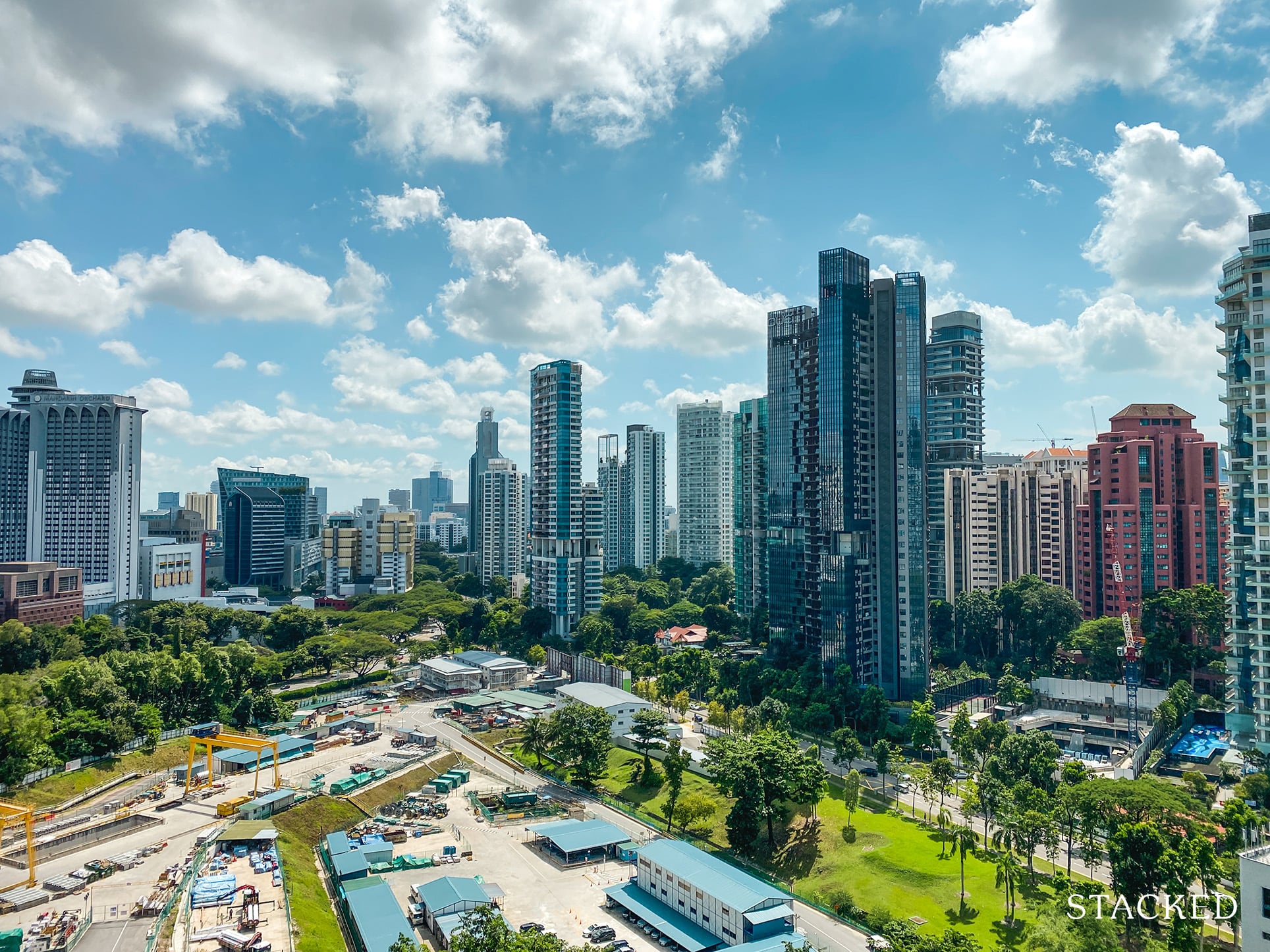 As of 16th December 2021, new property cooling measures finally happened. The shock isn’t too great this time, as most of the market saw it coming (perhaps most expected it would have been earlier than right now). Earlier we’d speculated, based on past patterns, that cooling measures kick in when private home prices push past 10 per cent. It seems we’re only a little bit off, as private home prices are up nine per cent since Q1 2020. Here’s what you need to know:

The LTV ratio refers to the maximum home loan amount for your property.

Under the revised rules, the maximum LTV for HDB Concessionary Loans is 85 per cent of the price or value, whichever is lower (for BTO flats, the price and value are considered the same) instead of 90 per cent.

This means that you will have to come up with an additional $21,000 in cash/CPF to cover this difference.

For buyers using loans from financial institutions (such as banks), there is no change to the amount you can borrow. The LTV remains 75 per cent of the price or value, whichever is lower.

The TDSR is a cap on your monthly home loan repayment.

Previously, the TDSR was 60 per cent of your monthly income.

Under the new rules, the TDSR is 55 per cent of your monthly income.

If your monthly home loan repayment would exceed this amount, you will have to extend the loan tenure (if possible) or make a bigger down payment. You may find the latest TDSR guidelines on the MAS website.

ABSD is a tax on your property. As shown in the table above, your ABSD rate depends on your citizenship status and your number of existing properties.

ABSD is based on the higher of your property price or value. For example:

What effect will this have on first-time homebuyers?

Under the old rules (60 per cent TDSR), this would require a combined monthly income of about $8,343.

Under the new rules, however (55 per cent TDSR), it would require a combined monthly income of about $9,102.

From a total quantum perspective, here’s how it adds up:

The effect on you today is a lower purchasing power.

You can also, of course, make a bigger down payment and borrow less; until the TDSR limit fits.

If the TDSR being reduced by five per cent could actually stop you from buying a property, there’s a high chance you were over-leveraging anyway; and you should save up more or find a cheaper home.

For those buying HDB flats, the reduction in LTV for HDB loans is not going to make much of a difference.

This is because, when you buy an HDB flat, you can only set aside up to $20,000 in your CPF Ordinary Account (OA). The rest will be used for the down payment.

For the vast majority of Singaporeans, the amount in a couple’s combined OAs means they’ll make a way bigger down payment than the minimum 15 per cent anyway.

*A rate of 3.5 per cent is always used for TDSR calculation, regardless of the actual market rate being lower (around 1.3 per cent).

What effect will this have on HDB upgraders?

If you’re upgrading to a new launch Executive Condominium (EC), then the only factor is the tighter TDSR. This is because you don’t need to pay ABSD, even if you upgrade to an EC before selling your flat. But if you’re upgrading to a condo, you might want to consider selling your flat before buying the condo. This is because of the higher ABSD.

You’ll need to pay the 17 per cent ABSD on your condo within two weeks of signing the Sale & Purchase Agreement. If you’re a married couple with at least one Singapore citizen, you can claim ABSD remission later, if you sell your flat within six months. But bear in mind you do need to have the ABSD upfront.

Likewise as mentioned above, the new TDSR ratio will have an effect on your purchasing power, so it may affect the quantum that upgraders find palatable.

What effect will this have on foreigners?

This round of cooling measures seems especially aimed at slowing the influx of foreign buyers. A 30 per cent ABSD rate could have a chilling effect, but this will likely be confined to prime and luxury properties that affluent foreigners prefer.

We feel a little sorry for Sentosa Cove, as things were just starting to turn around there. Oh well.

The Government might be taking this preemptive measure early as the borders slowly open up to foreigners who are coming here to set up businesses and looking to purchase ultra-luxury homes.

At any rate, this is good news for Singapore citizens PRs who are eyeing Core Central Region (CCR) properties or landed housing. It’s quite common for prices to remain muted in the near term, right after a cooling measure; and it can take a few quarters to climb back up. Perhaps even more so for one that will be hitting the high-end market more than anything else.

This could provide an opening, for locals affluent enough to consider the high-end housing segment.

What effect will this have on developers?

They’ve already applied the screws to developers, so this next move will tighten their margins even more. A combination of higher ABSD, plus lower availability of land, is likely to push up new launch prices; we doubt developers have the ability to absorb much more of the costs.

This is likely to have a knock-on effect on en-bloc sale prospects. With higher ABSD, developers are likely to shrink back from larger land plots. Committees should also expect less generous offers going forward, despite developers’ depleted land banks.

Opinions from realtors on the ground

The general consensus is that this round of cooling measures impacts developers and foreign buyers, much more than homebuyers.

First-time buyers and even upgraders won’t feel the sting here, as most are already buying within the parameters of the new rules (e.g., most HDB upgraders were not buying $1.8 million+ condos anyway, even if it was plausible for them under the old rules).

For investors and foreign buyers, however, the increased ABSD is a dissuading factor. It now comes down to whether ABSD is still cheaper, compared to the various capital gains tax, inheritance tax, etc. in a foreign investor’s home country.

It is, for sure, a concern to sellers with prime region or luxury properties. As is often the case, prices can drop in the near term, as buyers switch to a wait-and-see attitude. Developers in the prime regions that have existing stock, or are about to launch will certainly have cause for concern here too.

For local investors, a five per cent increase in ABSD can be seen as a counterbalancing factor, against rock-bottom property loan rates. But for those able to avoid ABSD (e.g., by decoupling), even the higher ABSD rate may turn out to be irrelevant.

Finally, looking at how history has played out, the last cooling measure of 5th July 2018 where the ABSD was increased and LTV tightened didn’t really have a meaningful impact in the longer term. So some may point to that as a sign to say this wouldn’t change much this time around.

One thing’s for sure, they didn’t want a last-minute buying frenzy like what happened during the last July 2018 cooling measures – hence the late release at close to midnight last night.

For more on the situation as it unfolds, follow us on Stacked. We also provide in-depth reviews of new and resale condos alike, in the Singapore private property market.