Commentary Your East Coast Sea View May Disappear: How The Long Island Reclamation Could Affect You 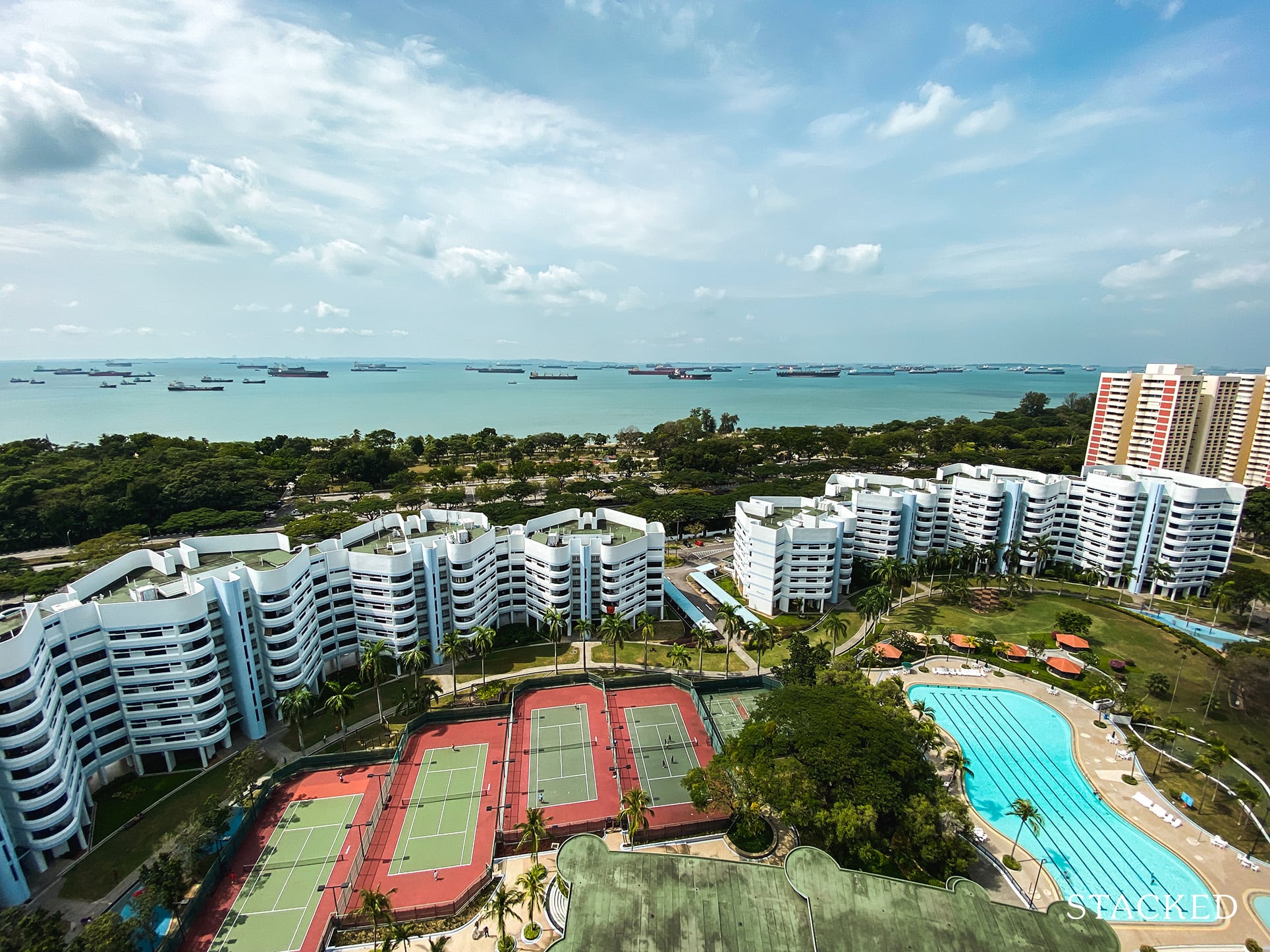 An old plan resurfaced in a URA exhibit this June, and it’s worth paying attention to – especially if you own property anywhere along the stretch of East Coast Beach, from Changi to Marina Bay. The conceptual “long island”, first proposed sometime in 1991, made an appearance at the long-term plan review. While still conceptual, this plan could have implications for many east-end residents if it becomes a reality:

What is the Long Island?

The Long Island was first proposed during the 1991 concept plan. The idea is to reclaim a roughly 15-kilometre stretch along East Coast Beach, to provide for housing and recreation. Some readers may recall Long Island was mentioned again in 2019, although a lot of the plans from that year were shelved due to Covid-19. As of the present day however, there’s a strong impetus to build the island: it could provide a degree of coastal protection against rising sea levels, due to climate change.

The reclaimed stretch runs all along East Coast Parkway, up to Marina Bay. A reservoir is planned somewhere along the middle of the reclaimed stretch, with room for two barrages. There may also be a flood plain, which is good for greenery.

(A flood plain is an area deliberately designed to flood during excessive rain – it simulates the ecology of, well, a flood plain; the flooding will be temporary and build biodiversity. The current Bishan-Ang Mo Kio Park incorporates this feature already).

We’ve heard estimates of room for 10,000 to 15,000 homes, although no hard plans have officially been drawn up by the government. There’s also room for parks and recreation areas; and we assume efforts will be made to replace any lost amenities along East Coast beach (e.g., the fishing piers, camp sites, and BBQ areas).

At present, some condos – like Meyerise, Lagoon View, or the cluster of condos at Bayshore – have an excellent sea view. For many years, owners have been reassured by the fact that there’s little room for further development between their homes and the sea.

Now, Long Island could drastically change this equation. If there’s sufficient reclaimed land for condos or HDB flats, this means the presence of future high-rise buildings; and there’s no telling which condos will lose their sea view. So far, URA has only said that housing could be built near Bayshore, Marina East, and Marina South; they have not specified whether the housing includes HDB flats.

On the other hand, if the developments are mainly low-rise, and Long Island is more recreation than housing, it might be a net gain instead. Realtors had differing opinions.

One realtor, who specialises in East Coast properties, noted that there will already be HDB flats in the Bayshore area:

“There will likely be HDB flats near the Bayshore area eventually, near the upcoming Bayshore MRT. But if they also build HDB flats on Long Island, those flats will be at a premium seafront location, and they will probably see higher demand. There might be a significant price disparity, despite the two HDB clusters being close to each other.”

The realtor also noted that the combination of new residents near Bayshore, coupled with Long Island, could cause East Coast beach to become a lot more crowded in future; and that may not sit well with east-enders who appreciate the current atmosphere.

Some other realtors, however, felt Long Island would provide better amenities to the area. One realtor said that:

“If you walk along this stretch, you can see it’s quite successful as a family recreation zone already. Long Island can add more to the existing facilities, and when you combine it with the current biking tracks, campsites, water sports, what you get is a very long seafront thoroughfare. This will create a neighbourhood with a very distinct character.”

Another realtor felt that the project would improve en-bloc prospects in the area. She noted that a large number of private properties along the East Coast stretch, such as Laguna Park (1978), The Bayshore (1996), and The Makena (1998) are getting on in years; and these are likely to start seeing developer interest, should Long Island introduce fresh amenities. 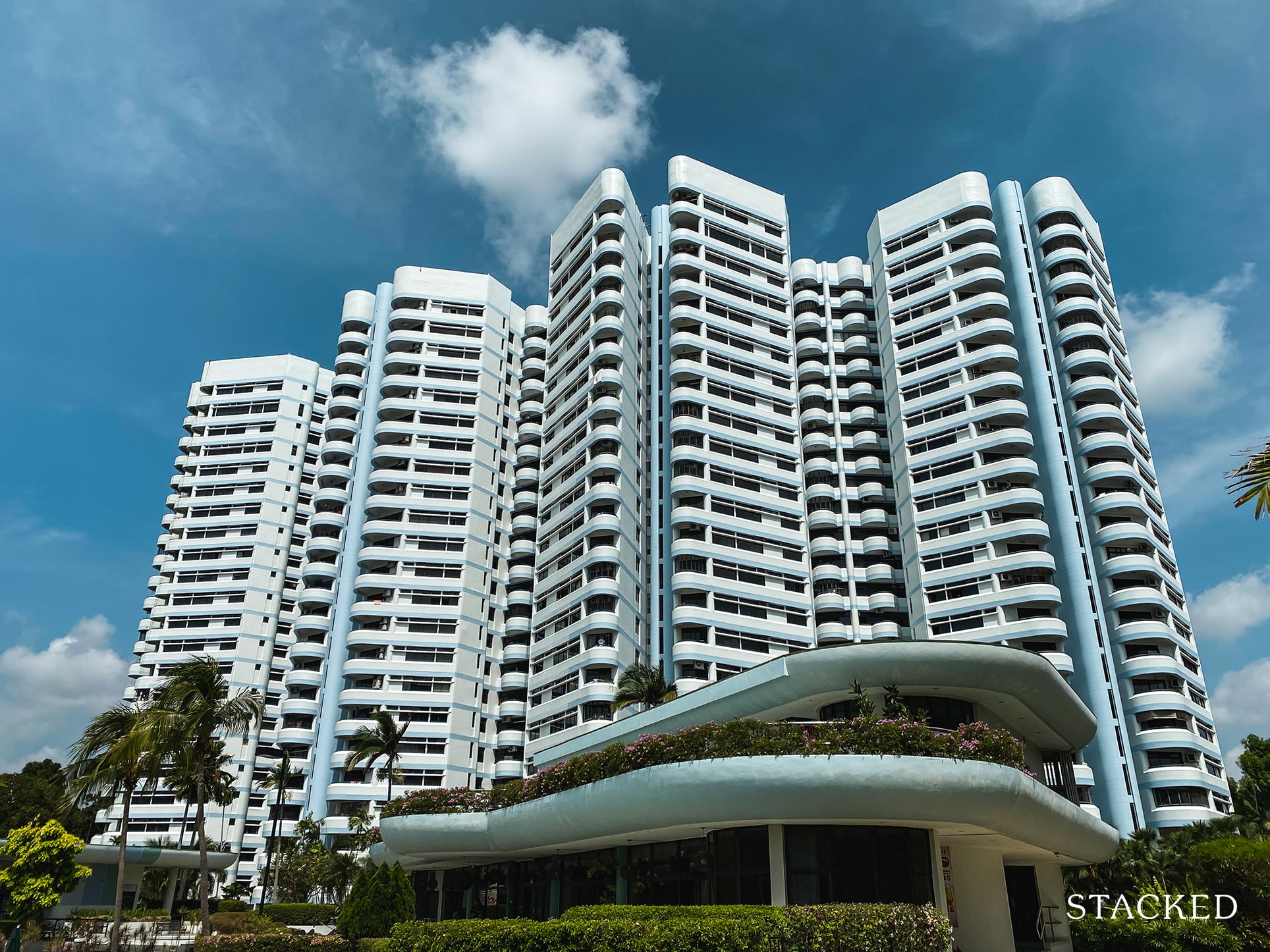 Will there be an impact on property prices?

Realtors said it’s too early for Long Island to have an impact on pricing; although it’s almost certain to matter once it’s official.

Realtors said that prices have shown an uptick; but for now, the biggest factor in rising prices seem to be the construction of new MRT stations (Bayshore and Marine Parade, on the Thomson-East Coast Line).

In addition, any sign of rising prices come on the back of recent launches like Meyer Mansion, or LIV@MB (new launches are always priced higher than existing resale projects, thus pushing up the average prices for the area).

When Long Island does start to matter, most realtors are confident that it will push prices up instead of down. While there may be some loss of privacy, and perhaps a few blocked views, this will be more than compensated for by the slew of new amenities in the area. As one realtor remarked: “View of the waterfront, view of greenery, both are also in high demand.”

Nonetheless, home owners who prize their sea view may want to start bracing for a change. Singaporeans who are old enough may recall that Katong used to be a beachfront area; and land reclamation most certainly killed that vibe. Hopefully, Long Island will be gentler on the East Coast stretch.

Follow us on Stacked for more updates on the situation. In the meantime, you can start checking out other beachfront properties with our in-depth reviews.