Commentary Your Condo Management Or MCST Can Affect Your Future Profits: 7 Must Know Tips To Deal With Issues 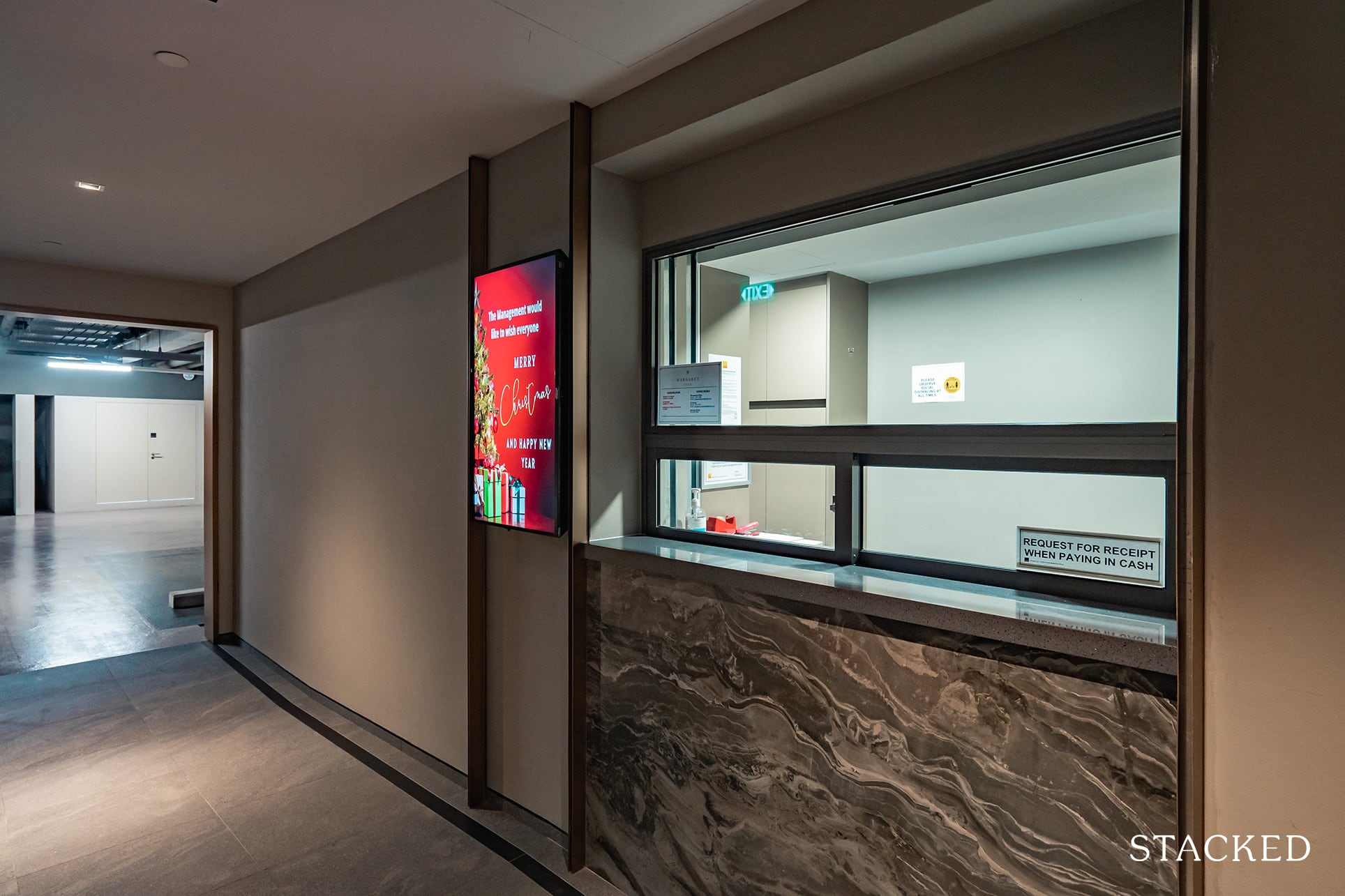 Singaporeans have a bad habit of ignoring the condo MCST, until it’s way too late. Sometimes they only take an interest when they suddenly hear about an en-bloc attempt; or when something happens that directly affects them (e.g., a side-gate that they use all the time gets permanently removed). By the time these owners raise a ruckus, the changes would have been approved months before. To encourage you to pay closer attention to the MCST, and handle its various issues, here’s a look at possible approaches:

1. Know which rules you can dispute, and which are by-laws

This is probably the most common point of confusion for many residents: not all condo regulations are actual by-laws, so some are more open to dispute/discussion than others.

To oversimplify things a bit, know that there are three general types of rules:

These are, in essence, rules imposed by the government. There is no point in trying to dispute any of these, nor is there any voting involved.

Every condo is subject to these, whether or not the MCST or owners like it. These rules tend to cover areas such as:

Besides this, there are common-sense rules that are in line with the law (e.g., no rowdy parties, no keeping endangered monkey species as pets, and so forth).

These are additional by-laws that the MCST feels should apply to the development; and they tend to be a lot more specific than the Building Maintenance Regulations.

For example, a condo may have additional by-laws regarding the use of planter boxes, that specify they can’t be used for other purposes (as it may negatively affect the façade of the building).

These by-laws have to be voted in by a 75 per cent majority, so owners have a say in them. But you can’t challenge these after they’ve been voted into a by-law, which is why you need to be actively involved in the annual meetings. You have present to downvote them, at the time they’re proposed.

Some notable issues that can cause conflict are:

In recent years, a common point of contention has been the use of pools by domestic helpers.  Note that the government does not have any building laws that restrict such persons from these facilities; any such by-laws in a condo would have come from the MCST.

Whatever your point of view, you want to be present to vote for or against it before it gets codified into a by-law.

Regulations that are not actually by-laws

Most regulations must be voted in (see above) to be a by-law. This is not always true of all regulations in a condo.

For example, some condos have not created any by-laws about whether domestic helpers can use pools; but they may nonetheless have a regulation against it. This would be subject to dispute by the owners. Likewise, some condos have regulations against private car-wash providers who work in the parking lot – but the regulations prohibiting them may not be actual by-laws.

Also take note that sometimes, signs preventing certain activities (e.g., no ball games in a particular landscaped area) are just put up, even though nothing has actually been voted on.

One important thing to note is that condo owners cannot be banned from common facilities, regardless of prior breaches of by-laws. If your MCST tries to do this, you absolutely can bring it up with them, and there may be grounds for further legal action.

2. When an en-bloc happens, pro-sale committees have a strong advantage

There are some investors who have seen multiple en-bloc sales; and that’s because they’re often behind it. They go into a property already expecting and en-bloc, and quite ready to push for it.

When these investors form a pro-sale committee, they tend to have a significant advantage over other owners. They would have organised things among themselves sooner; including the campaign on how to push others to sell. They tend to be more familiar with the en-bloc process, and know details such as whether sale proceeds by share value will be better for them.

(Dividing sale proceeds by share value will be better for them if they own smaller units; check out this article for more details).

Conversely, homeowners who want to resist the sale tend to be less organised, off-guard, and often clueless about the proceeds.

A while ago, the government even passed laws on how many proxy votes can be made; that’s partly due to some “en-bloc experts” gathering up an absurd number of poxy votes to push through the sale (quite often, the proxy votes were gained from homeowners who weren’t clear on all the details).

So if you’re a homeowner who would be dead-set against en-bloc sales, we’d suggest you brace for the possibility. Find like-minded owners, and discuss your plans if a bunch of pro-sale investors suddenly pop up in your condo.

It’s a good idea to be aware of all these, from the moment you take possession of the unit. The bulk of owner and MCST disputes we hear about come from these issues.

One example was made famous by the Eight Riversuites car park dispute. Bear in mind there’s no point fighting with security; they don’t make the rules. If you feel the issue of paid visitor parking is a big one, this should be brought up with the MCST.

We have heard of new developments where the MCST makes concessions. For example, if the development is not yet fully occupied, and there are extra lots, you may be able to convince the MCST not to charge your guests for parking (at least until the day the whole condo fills up).

Another common point of dispute comes from deposits. You may want to bring up or discuss the issue of reasonable deposit amounts, and the speed at which deposits are returned (if applicable). Sometimes, all it takes is for someone to voice a protest, for the MCST to take a more flexible approach.

4. Know when it’s time to approach the Strata Titles Board (STB)

If attempts to negotiate with your MCST fail, and third-party mediation also fails, you still have a last resort. You might be able to take up your case with STB. However, not all cases are entertained.

In general, only the following issues will be entertained:

Most issues are solved long before they get to STB – but you should know this may be on the cards, if you’re an owner.

5. Pay attention to what your MCST is spending money on

The most extreme and famous example of this was the Neptune Court incident. The MCST sued some of the owners for defamatory reasons, incurring legal fees of around $427,700.

The MCST paid for those legal fees from the condo’s fund, without informing the condo owners (they were subsequently ordered to pay back $420,000 into the fund).

When you do attend meetings, take note of what is being bought for the condo, and who it’s being bought from. The maintenance fund comes from your pocket, so take it upon yourself to know how it’s spent. Look for suspicious patterns, such as if the vendors being hired are always relatives of the current property manager (because he “can get a good deal”, supposedly).

When it comes to en-bloc deals, be aware that your maintenance fees may be going toward property firms or other experts, who are advising on the sale.

6. Be aware of planned improvements, and inform the MCST if they’d be a dis-amenity to you

Not all “improvements” are good for everyone. A common example of this is the decision to lock up a side gate permanently: this may happen if there’s construction right across the street, or if the management thinks it’s unused (that way there’s no need to post security or mount a camera there).

If the people who use the side gate don’t speak up, this can become an added inconvenience to them. Sometimes, all it takes are one or two voices to stop this from happening.

The simple fact is, the MCST cannot see into the mind of every owner. They may think, for instance, that they’re saving everyone money by turning off the lights in some areas by 7 pm – but they may not know those areas are your preferred reading nooks or hang-out spots.

7. The service staff has a bigger influence on the MCST than most owners suspect

The cleaners and security guards are not completely without influence. While they’re subservient to the MCST and the owners, they can have a surprisingly significant pull in many condos.

Condo owners shouldn’t ignore this hardworking bunch. Sometimes, they can provide some extra push to the management. For example, you can ask them to back you up, in your email suggesting hoverboards be banned in common walkways due to accidents: you can write to the management that they can also ask the security guard (insert name) for a witness account.

By talking to service staff, you may also derive insight as to why your MCST is so insistent on certain measures. Some condos, for instance, tightened security measures for food delivery. If you wonder why the MCST would do this, well, the staff may be able to tell you it’s because of loan sharks sometimes masquerading as delivery drivers (Costa Del Sol had this issue a few years back).

So when dealing with MCST issues, don’t just look to the committee – do talk to your guards, cleaners, and other service staff as well. They can chime in with good effect, and may have added insight.

For more on homeownership and happy condo living, follow us on Stacked. We’ll also provide you with in-depth reviews of new and resale developments alike, so you can make a better-informed decision.

Any chance of getting information of by laws before buying a condo property?