Commentary Why SERS Is Tough On Elderly Singaporeans And What Should We Do Beside 50-Year Leases? 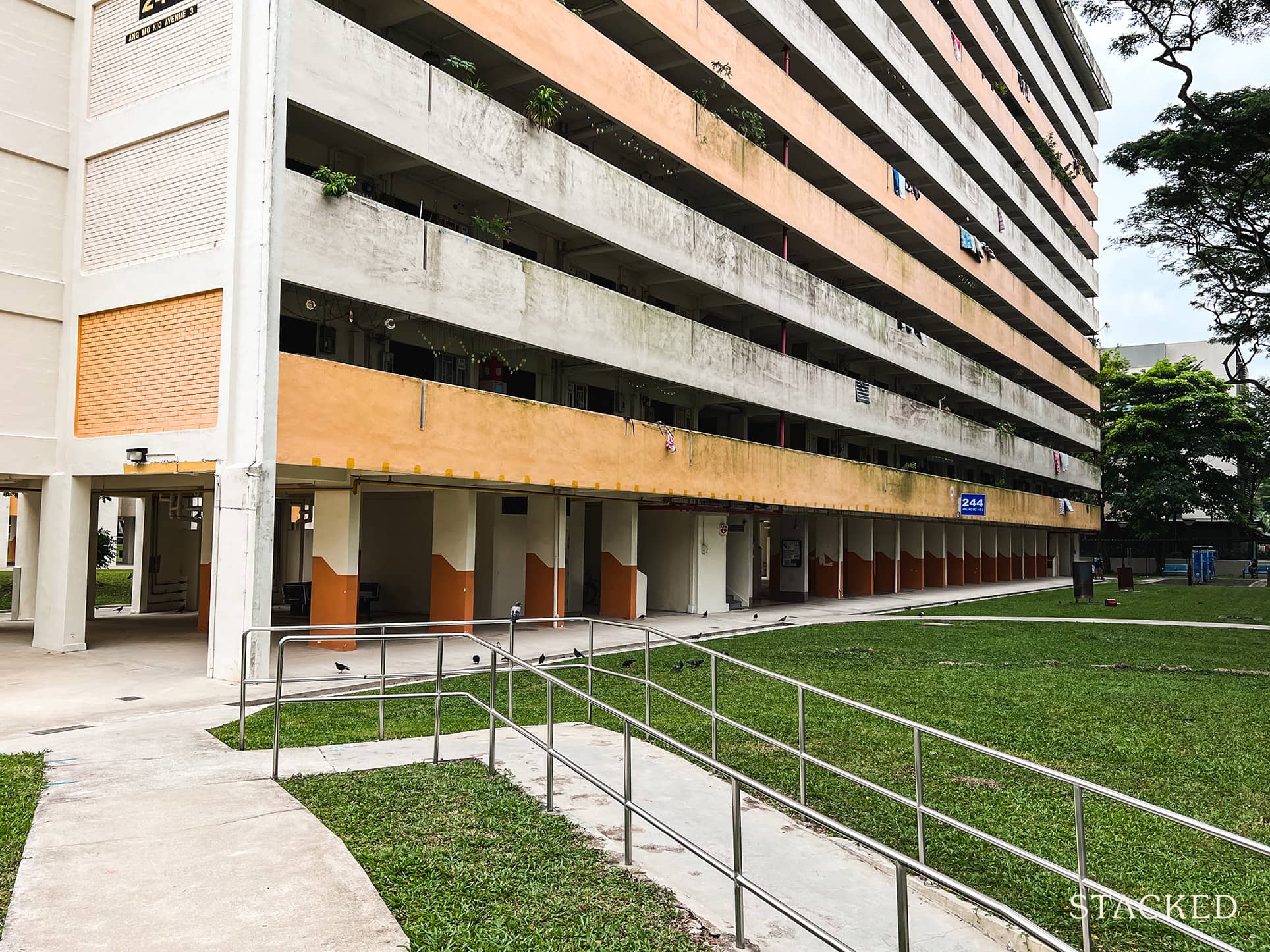 Most Singaporeans consider the Selective En-bloc Redevelopment Scheme (SERS) to be a good thing. The recent SERS in Ang Mo Kio, however, shows it’s not always a bed of roses: older Singaporeans can suffer greater drawbacks from SERS, and it’s not something we’ve really discussed till now. That’s a serious issue, as Singapore is an ageing society – and there’s a risk we’ll see more unhappy SERS incidents down the road. As we wrote about here, an eye-opening statistic to ponder is this: “The proportion of Singapore residents who are seniors is estimated to double from 16 per cent in 2021 to 33 per cent by 2050.“

Note: If you’re not sure what SERS is about, we explain it in detail in this article.

Why is SERS tough on older Singaporeans?

1. We take for granted that older people need smaller homes

One of the issues with the Ang Mo Kio SERS was that, for some residents to get a similar-sized flat, they would need to top up the difference. It was reported that one resident would pay over $100,000, for shifting from their current 4-room flat to a replacement 4-room unit.

This is due in part to the renewed 99-year lease, which makes their replacement unit costlier than the old one (more on this below).

Now if we want to apply a collective view, this shouldn’t be an issue: One could argue, for instance, that older people need less room, as their children have long since moved out. As such, they should just accept smaller flats.

This approach discounts harsh emotional realities. How would you feel if, after 25 years of paying a loan, you’re indirectly compelled into accepting a smaller home?

There’s a distinct sense of unfairness about all this; and it’s something we need to think about, as our population ages.

(It also ignores certain lifestyle differences. Some elderly couples, for instance, may be saddled with raising their grandchildren).

Older folks with certain hobbies may also suffer more from this. Fish tanks, musical instruments, prized birds, etc., are things that tend to accumulate over the years. In our experience, older people tend to have more stuff, rather than less; and more of it has sentimental value.

And yet, we rarely consider the distress of older folk who have to discard a lot of things precious to them. If you’ve ever moved from even a 4-room to a 3-room flat, you’ll know how much one has to throw away. In some cases, even beloved pets need to be rehomed.

2. Lack of financing options due to age

It’s very challenging to get a home loan, if you’re near or past the retirement age of 65. For more details on this, check out this article on home loan limitations. 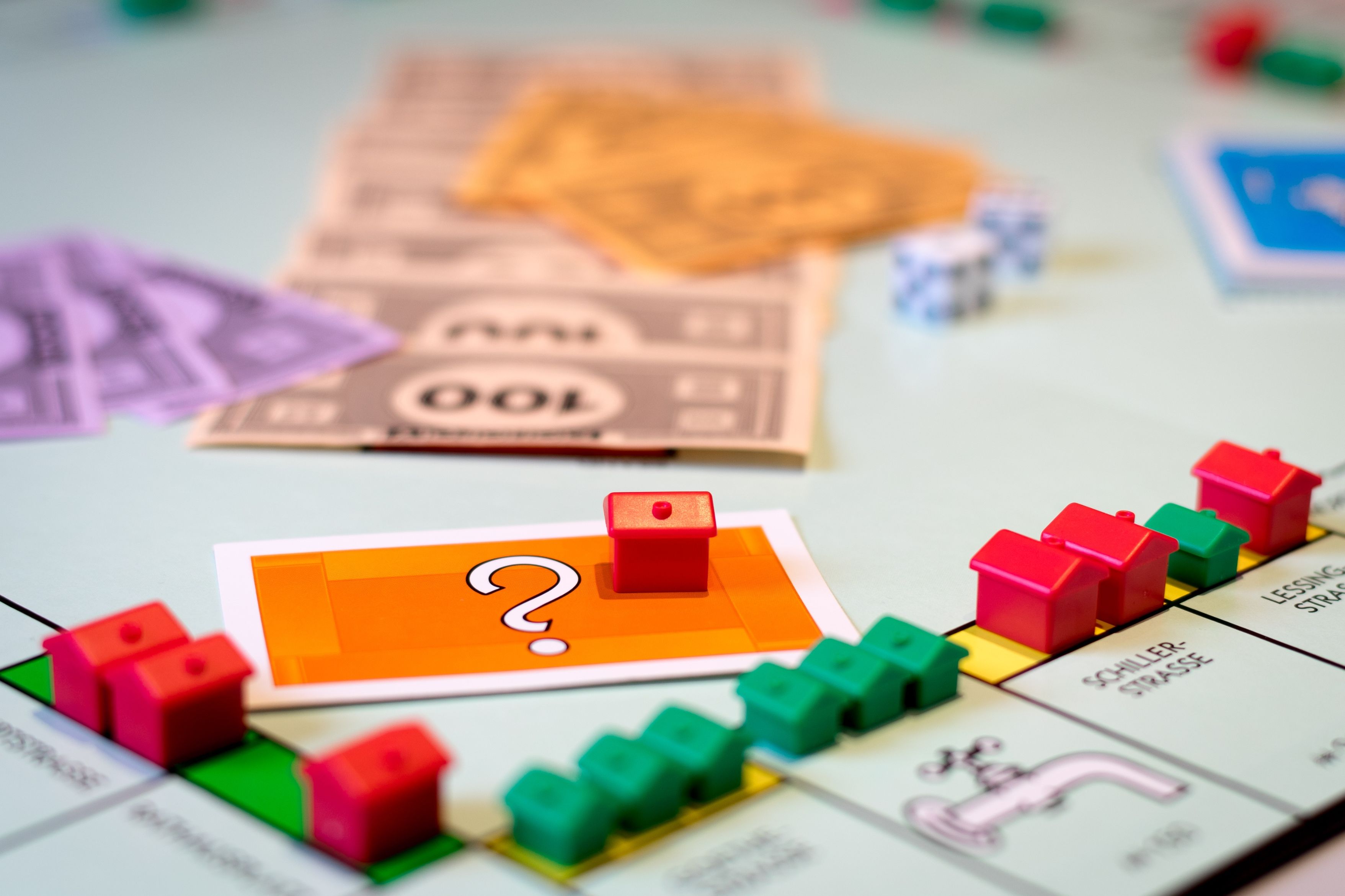 FinanceHow Much Can You Borrow For A Home Loan / Mortgage?

Many older Singaporeans may only have a small fixed income (e.g., just CPF pay outs), and many are unwilling to burden their children with added housing costs. This leaves them unable to handle top-up for moving to replacement flats, as well as the subsequent costs like renovation.

Do keep in mind that, for the elderly with low or no income, a renovation loan may be impossible; this can swallow a good chunk of the SERS compensation money.

This issue gets even more complicated, for older Singaporeans who have yet to discharge their existing home loan.

As an aside, bear in mind that some older folk may face a resale levy, as many may have taken grants for their former home.

3. The elderly may benefit less from upgrades to the area

This assumes you choose a replacement flat near your old home.

For younger Singaporeans, SERS, while inconvenient, can represent a good turn: it can mean a new MRT station, for example; or overall efforts to renew the neighbourhood.

(But already, we can see angry comments on the way, about how many SERS sites seem to end up just being new condos).

Consider the discussion of the redevelopment of the Ang Mo Kio SERS site. There’s a lot of talk about Tavistock MRT station, the introduction of new commercial options (probably a mall), and so forth. Exciting if you’re young or middle-aged, and still in the same general area.

But for older Singaporeans, who may not venture out as much – and have no use for, say, pricey artisanal cafes – this sort of redevelopment doesn’t offer much. There’s a sense that they’re being pushed out of their homes, for “improvements” that contribute little to their way of life.

4. Loss of community and familiarity

This affects younger Singaporeans who have to move out as well. However, we should keep in mind the impact is far worse on the elderly.

If you’re 40-years old and move because of SERS, you can still hop on a train and find a new watering hole with your old buddies. If you’re in your 70s, you may not be so mobile – and if you are, friends your age may not be. For the elderly who prize social gatherings, proximity is a much more important factor.

Familiarity is also key to getting around. Many (though not all) older folks tend to keep to their own area. They know the local bus routes, where the cheapest bakeries are, and the names of doctors in the local clinic. Being made to uproot raises the chances of their getting lost, or even lowering their quality of life. We’ve heard of cases where older folks refuse to visit nearby clinics, because they don’t know those doctors or dentists.

Besides, when you’ve stayed somewhere for more than 30 years, the effects of disrupting that daily life for older people can be immense. Moving home can be stressful (both mentally and physically) for an elderly couple, worse still if one is a widow/widower. Especially if the home contributes to many fond memories of a deceased loved one, having to move can often be more detrimental even if it does make monetary sense.

There is also definitely a stronger preference for the elderly to be able to age in place today, with that number at 86% in 2018 up from 80% in 2013 (it’s a sample household survey done across 8,000 households every once in 5 years).

Is there more we can do besides 50-year lease flats?

HDB’s current solution is to let older Singaporeans sell back some of the leases on their flats, or to find 50-year lease flats as a replacement. This lowers the cost, to the point that more Ang Mo Kio residents can buy an equal-sized unit with no top-up.

This seems feasible, as it recognises a simple fact of home ownership: more people care about a comfortable and familiar home, than they do about the remaining lease. This is especially true in Singapore, where homeownership rates are at 90 per cent.

(The relevance is that, for most older folks, their children would have homes of their own by now – inheritance is not an issue, as the children may not need/be able to inherit a flat anyway).

However, this alone may not resolve all of the issues above. Some possibilities we’ve heard, to ease the impact of SERS on the elderly, include:

One thing we could certainly do better is tap on the salutary power of explanation. If people understood why they were moving, it won’t change the fact that they have to go; but at least they won’t be left with the wrong impression.

Consider that, in the past, some SERS sites have been given over to private condos. This may not sit well with former residents when they pass by – especially if they’re older Singaporeans, who feel uprooted from their retirement comfort.

More communication is needed to address this; something deeper than the generic “it’s to rejuvenate the neighbourhood”.

How would you suggest we ease the impact of SERS on older Singaporeans?

Let us know in the comments, and also if you’ve had any personal experiences with this. And for more on the situation as it changes, or details on the Singapore property market, follow us on Stacked.

What the Govt should do is to let the leases to run down. Most elderly will be happy to age in place and they don’t need the Govt constantly telling them that the value of their hdb will fall as the years go by. Since the elderly are not selling in the first place, what does market value mean to them ? It means nothing ! ! The elderly in old estates have paid for their 99 year hdb decades ago and it is only right for the Govt to honour their 99 leases and not forcefully acquire their homes.… Read more »

To further illustrate my point about why letting the lease run down might be a better option, let’s take the example of a hypothetical 4-room flat with 50 years balance lease and valued at $400k with no mortgage. The “cost” of occupying the flat is 2k a month based on market rents. Over 50 years, the “value” of the stay enjoyed by the owner-occupier works out to $1.2M (2k times 600 months). So the Govt is saying due to lease decay and short balance lease, the flat is only worth $400k today if there is SERS. For the elderly, it… Read more »

Thanks for sharing your thoughts, Samuel. We can imagine this situation would happen again and again as the narrative that Singapore must grow and adapt with its land scarcity continues.