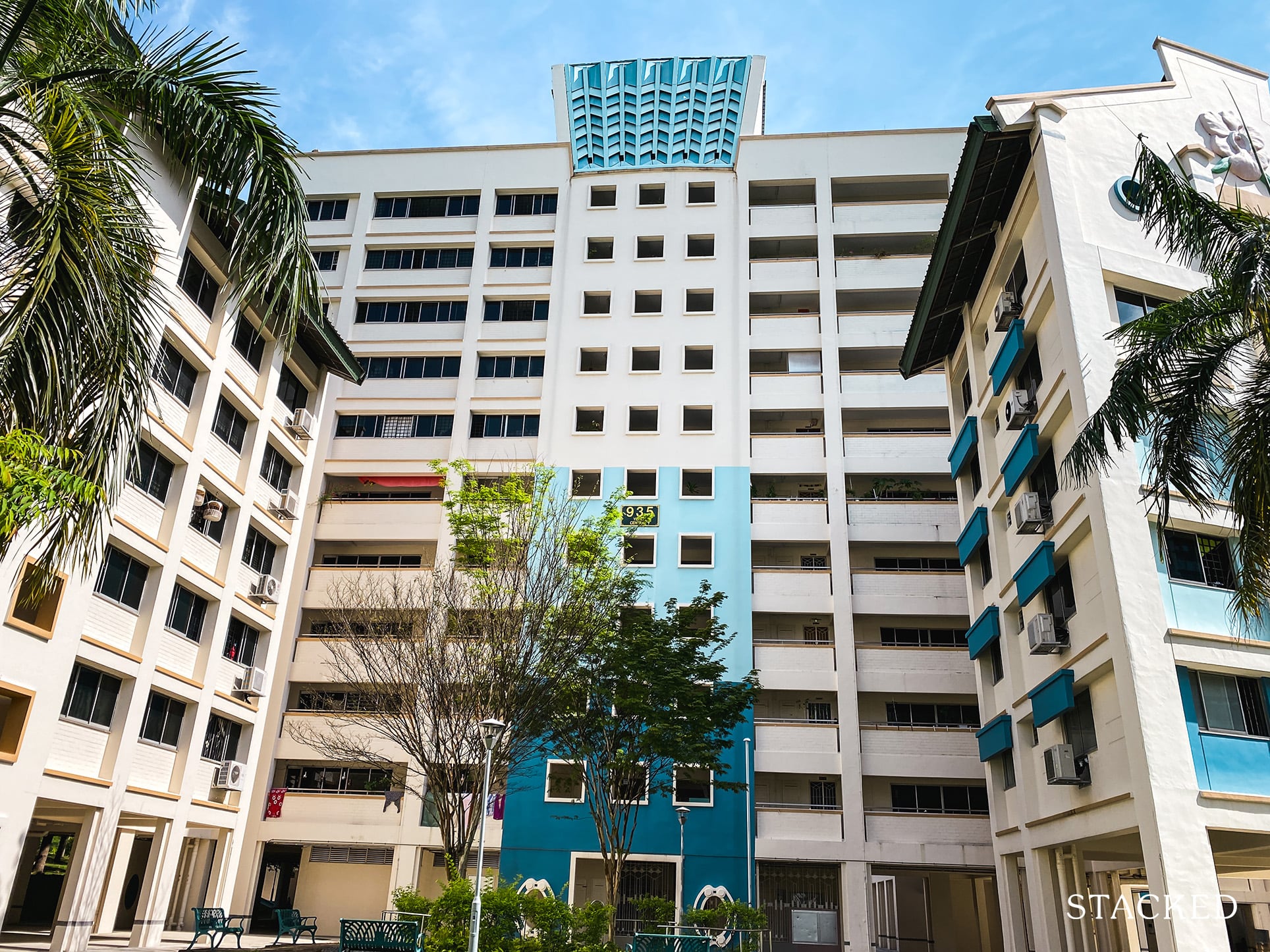 With Covid-19 still hampering the economy, some homeowners may be opting for prudence; that could mean getting a larger resale flat, instead of a condo. But if your intent is still to upgrade to private housing at some point, then cost may be the main issue for now. In light of that, here’s where you can find the lowest-cost 5-room resale flats right now:

If we rank by average price the results are similar, with the exception of Yishun’s inclusion:

A closer look at the HDB towns

It’s worth noting that the cheapest town right now, Woodlands, is not likely to stay that way for long; it’s undergoing major transformations. Likewise, Choa Chu Kang’s inclusion may surprise Singaporeans of a previous generation – this town used to be one of the more expensive areas, back in the 1990s. Here’s a closer look at what’s happening:

It’s unfortunate that we can’t show you data on Cash Over Valuation (COV), as HDB has stopped publishing this information. Otherwise, based on conversations with realtors, we’re confident you’d see COV rates climbing for flats in Woodlands.

Of all the HDB towns at the moment, Woodlands with its low price point has the most significant room for appreciation. A lot of this stems from the upcoming Woodlands Regional Centre – this will be the hub of the Northern Agri-tech Corridor, which stretches from Lim Chu Kang all the way to Senoko.

JTC, the same planners behind the One-North tech hub, will be piloting Woodlands North Coast – this is a mixed-use, waterfront development that links businesses and educational institutions (mainly in the agri-business). This could, for the first time, make Woodlands a rental hotspot for resale flats.

Although Woodlands is the cheapest on average, prices can climb sharply around Woodlands Central, and the blocks bordering the upcoming Woodlands North Coast.

The Woodlands North Coast area begins at around the location of Republic Polytechnic (the intersection of Woodlands Avenue 9 and Riverside Road). Blocks 808 to 872 along Woodlands Street 81 are likely to border Woodlands North Coast, and you can expect prices here to bear the town’s average. At the time of writing, for example, we see a 5-room resale unit in block 808 with an asking price of $900,000!

That isn’t to say someone will pay it, but it does show the residents are increasingly aware of upcoming changes. We may soon see an end to “cheap Woodlands”.

Sembawang has seen more attention from the Government lately, with the reopening of the ageing Sembawang Hot Springs, and now Bukit Canberra. This is a 12-hectare space with dining, retail, and sports facilities to rival the Sports hub at Kallang.

HDB developments like Montreal Spring, Sun Trellis, and Sembawang Vista are in good proximity to take advantage of these facilities; and listing prices are still not much higher than the town average.

To be clear, Sembawang still has a way to go in terms of development. This neighbourhood is sparse in terms of retail and recreation (besides sports and the hot spring, of course). But buyers moving in today have a lot more to look forward to in the near term, as opposed to the first batch moving into Sembawang.

Few neighbouring towns have as sharp a disparity as Jurong East and Jurong West. While Jurong East is a retail powerhouse and “second CBD”, Jurong West has mostly remained the same over the past decade.

This town is known for having good access to Tuas Link MRT station (it’s a direct line from Boon Lay MRT station), and its resale flats often attract foreign tenants from Malaysia.

As Boon Lay MRT is only three stops from Jurong East, there has also been a bit of spill over. Buyers and tenants who want to avoid rising prices in Jurong East are increasingly considering Jurong West, particularly the flats near Boon Lay. As a result, Jurong West Blossom, as well as other flats up to block 662B, tend to see higher prices than the town average. 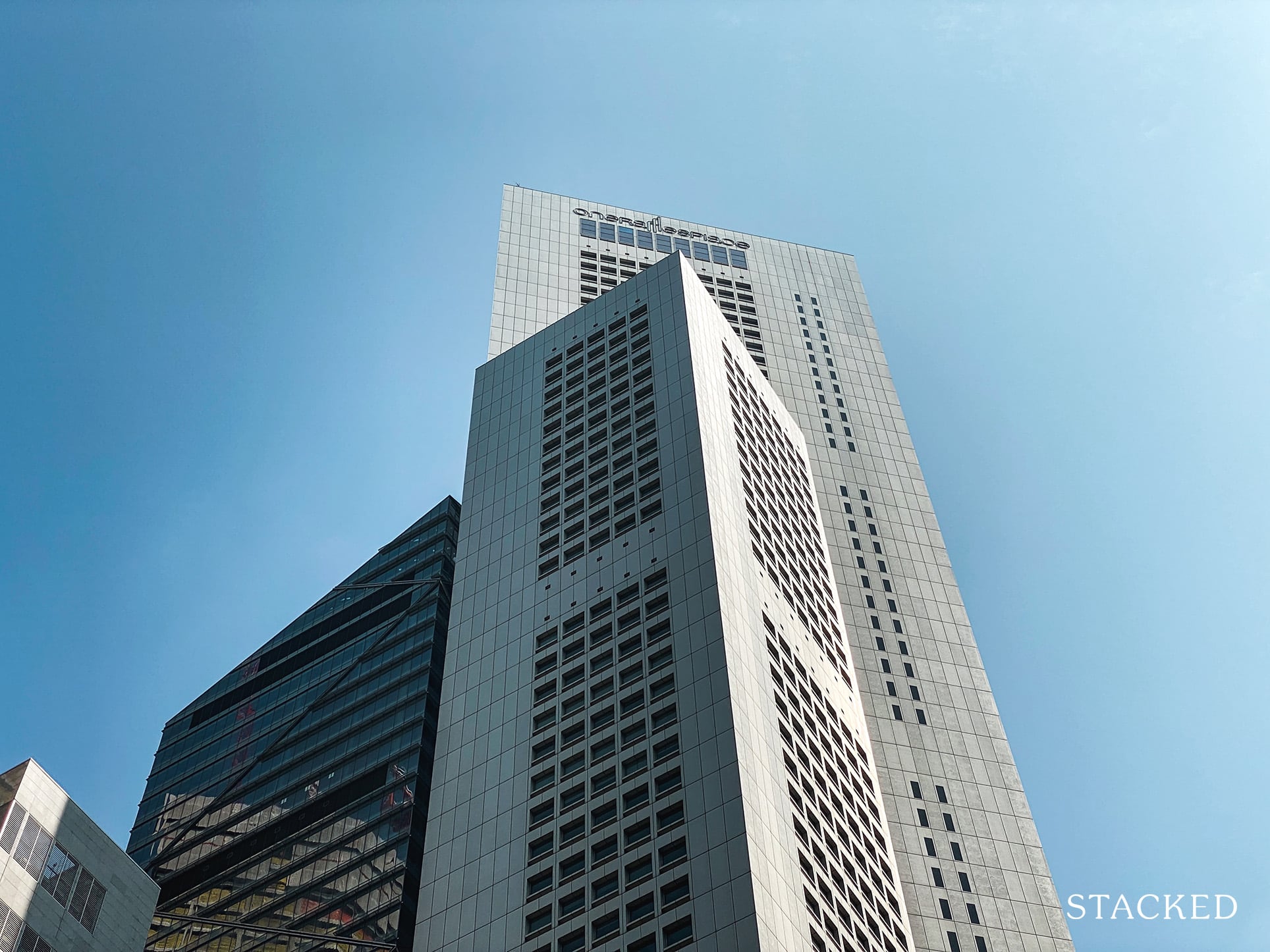 AnalysisHow Well Do Regional Centre Properties Compare Against The CBD?

Singaporeans from the previous generation, who bought homes in the 1990s, often don’t think of Choa Chu Kang as being a cheaper town. Singaporeans of the present generation, on the other hand, are often surprised to learn Choa Chu Kang prices were (once) a close match for Jurong and Bukit Panjang.

Choa Chu Kang’s resale prices started falling behind in the early 2000’s. One reason could be that Bukit Panjang had access to the then-new Downtown Line, whereas Choa Chu Kang was skipped over.

Another reason could be the transformation of Jurong, which is the regional hub of the west. Realtors have mentioned that Choa Chu Kang suffers in comparison to Jurong East, when buyers contemplate a west-side flat.

The average price of a 5-room flat in Jurong East is $571,929, versus $505,738 in Choa Chu Kang. However, this price difference often appears more than tolerable, given that Jurong East has an MRT interchange, a large number of major malls, generally newer flats, etc.

As such, Choa Chu Kang has mostly been overshadowed over the past two decades.

None of this means that Choa Chu Kang is bad, of course. In fact, the currently low price point means home buyers can get a lot more room for their buck; and Choa Chu Kang is one of the most family-friendly towns, with its outdoor recreation spots and schools.

Bukit Batok saw most of its major upgrades between 2013 to 2016. This was when we saw the emergence of two DTL stations (Cashew and Hillview), as well as the new park connector at Bukit Batok West Avenue 2.

Ever since that point, Bukit Batok has been more or less waiting for the next big surge of upgrades; hence its relatively flat prices. One of the reasons Bukit Batok looks cheaper is because it escaped the exuberant price hikes in the resale flat market in 2020, which hit a seven-year high. Here’s how its prices have moved, compared to 5-room flats across the island:

For homeowners, this means Bukit Batok is one of the few green spaces that isn’t impossibly priced (most such areas, like Bukit Timah, tend to become high-priced landed enclaves).

The general sentiment is that Bukit Batok residents may prefer not to have noisy malls or more congested roads; this could explain why urban planning has focused on highlighting amenities like Little Guilin, over promises of new commercial hubs.

There are always outliers from the town average, and this is more likely to be the case for older flats. While lease decay is always a concern, the larger size of older flats can sometimes result in a much higher quantum than expected. In addition, there is a rising trend of COV that isn’t as visible in the data.

If you’re considering one of these towns, reach out to us regarding the specific block, so we can make sure you’re getting a fair deal.

You can also follow us on Stacked for more news on the Singapore private property market, and reviews of old and new condos alike.

I came accross your article on the Cheapest HDB flat in Singapore which include CCK. It is the first time I am reading in print that CCK used to be one of the more expensive estates in the West in the 90s! I bought a new exec Design & Build Plus flat direct from HDB in 1996, paid a premium for it and has been agonising over the pathetic valuation of my flat for the past 2 decades.

Hey Mdm Lee! Thanks for your comment. Yes and also Pasir Ris used to be, at one point, the most expensive estate too! But now it lags behind