Analysis We Analysed 96 New Launch Condos. Here’s What We Learnt. 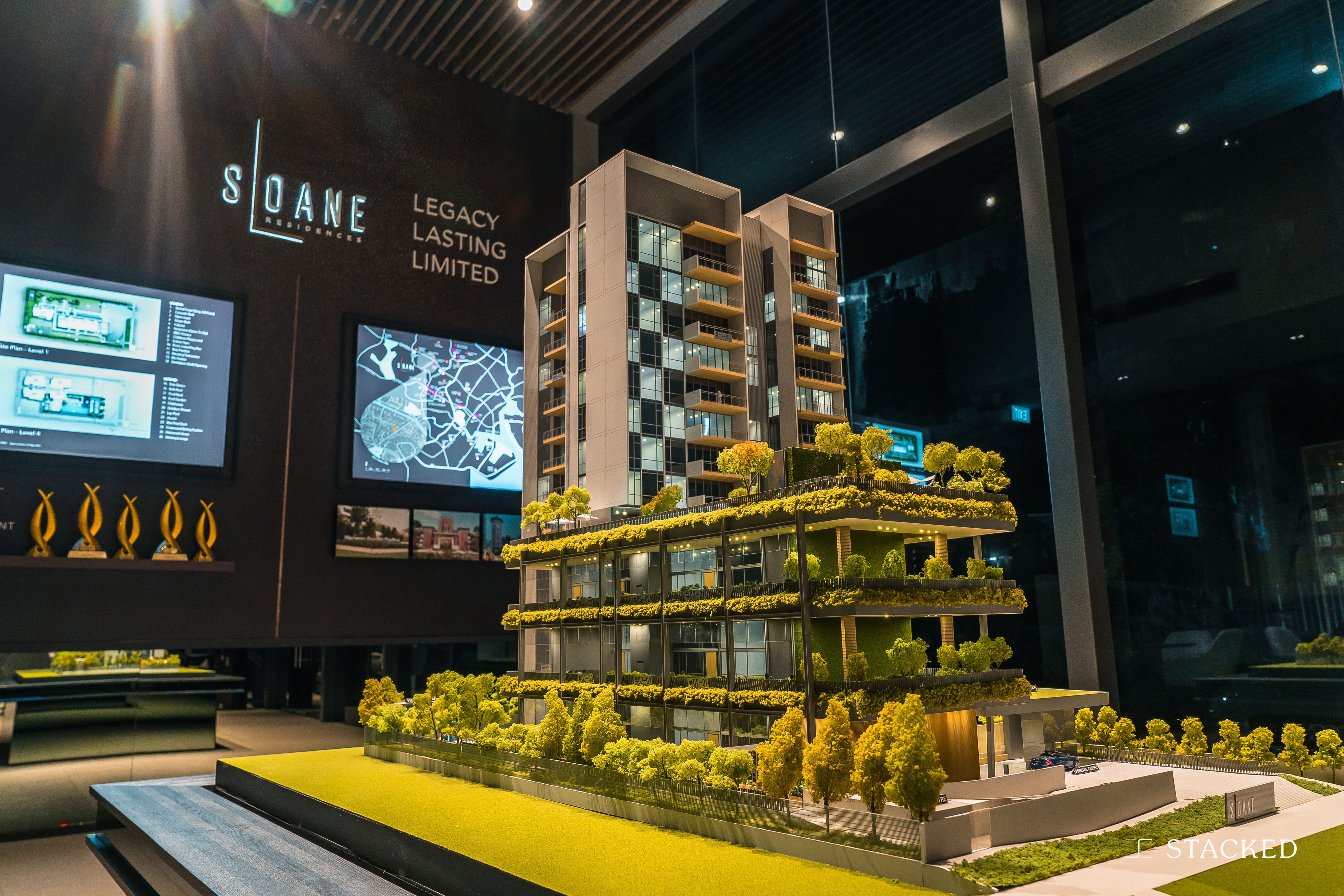 Despite the Coronavirus showing no signs of abating around the world, it does seem like there is no separating Singapore from its love of property. Just last weekend, the M has sold a quite frankly astonishing 75 percent of its units, while Luxus Hills managed to sell out its final phase as well – and even managed to set a new benchmark for pricing along the way.

So is there a reason why certain new launch condos do well – even with the current uncertain climate that they are launched in?

Is it always about selling price?

Or do other factors like the size of the development have a big role to play in the performance of the new launch?

In this article, we’ve taken the data from our new launch 2020 cheat sheet to analyse and see if there is any commonality in the data.

As always, let me just lay out the disclaimer first.

There were only 96 new launches that we’ve accounted for – so truthfully, it is a small sample size to really glean anything statistically sound.

For example, certain districts might really only have one new launch, so comparing it wouldn’t exactly be fair.

Let’s start with a couple of highlights.

This was an interesting one for us. Ask anyone prior to this and most people would think that a lower selling price means a faster take-up rate.

Well, from the chart you can see that that isn’t the case at all.

Quite a mouthful of a header here, but it’s quite simple really. We wanted to find out if there was a relationship between new launch condos that were priced under and over the district average PSF.

You’ll see from the graph too that the highest category at $1,400 to $1,499 has done rather well with an above-average 5.37% take-up rate. But it’s worth noting that this is solely based on the performance of the Boulevard 88 – the only one in this category. Like we mentioned earlier, it’s a small sample size so don’t read too much into this one! 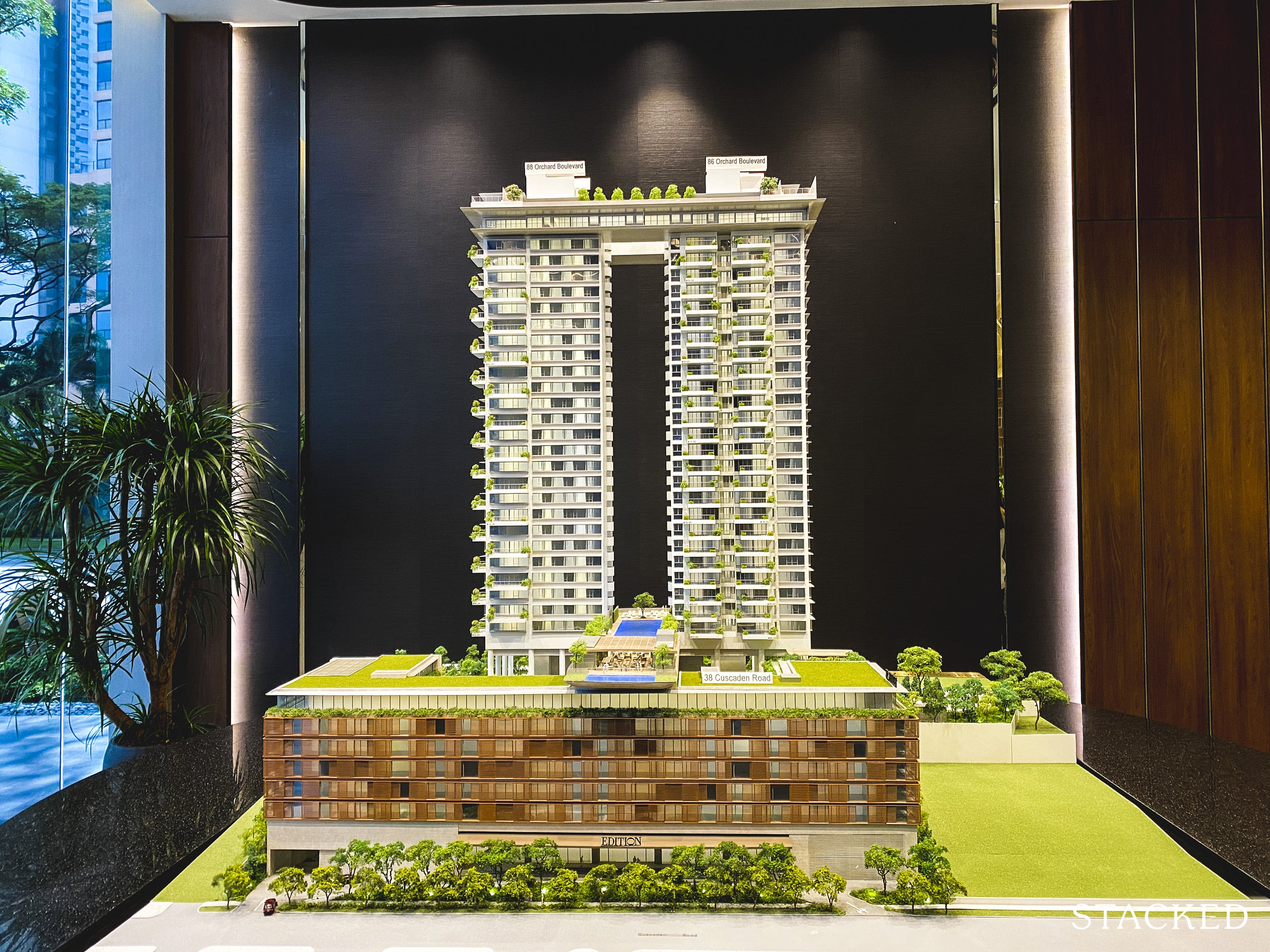 As you can see, this was quite the dud as on the surface it seems as if there is no real correlation between the number of units and the average take-up rate at all.

To be fair in this case, it is hard to come up with any meaningful conclusion given that 66 of the 96 condos in this list came under the 0 to 500 unit category. There was only one in the above 2,000 units – Treasure at Tampines. Perhaps if there were more launches in the larger categories we could see something more concrete, but that would be something hard to achieve given these are generally seen to be more risky to developers.

Before we go into this, it must be said that the margins for these are all based on an estimation of costs to the developer such as construction, land financing, legal fees, and marketing. The only figures that are certain are GFA and the cost of the land.

Again, this was quite a surprise as we thought there might be some correlation here too. But the results appear to be quite even across the board. Of course, this could change if units do not move as those new launch condos with higher margins can afford to spend more on marketing, incentivise agents with more commissions, or simply lower the price (worst case scenario).

Last but not least, we wanted to see if the popularity or future potential of a district can play a role in the average take-up rate.

This is the only chart that we’ve decided to include the M into the findings, and as you can see, it has clearly skewed the data – with a 40.13% average take-up rate.

If we were to take out the M, it drops to second place, with District 2 overtaking it.

Ultimately, these statistics are based on correlation, not causation.

And while the final data hasn’t really provided anything out of the ordinarily interesting we can still draw one major conclusion from this:

There is never just one major reason for a new launch doing well.

It is always due to a combination of factors that cannot be ignored.

Buying real estate is not like choosing the best fridge for your kitchen – it isn’t an easy decision at all and there are a ton of factors that come into play.

Need help in choosing a new launch condo for yourself? Feel free to reach out to us at hello@stackedhomes.com!

Interesting piece. I’d like to make a further suggestion – you can do a multivariate regression using the take-up rate as the dependent variable. Then you will at least see which factors are statistically significant to the take-up rate, and whether your sample size is significant now.

Hi Zhenwei, thanks for your suggestion! It’s a great idea to do that since taking into consideration 1 factor at a time is not as accurate, we’ll take note of this for our future analysis 🙂