Resale HDB Old HDB Flats Are Being Snapped Up By Young Singaporeans, But Why? 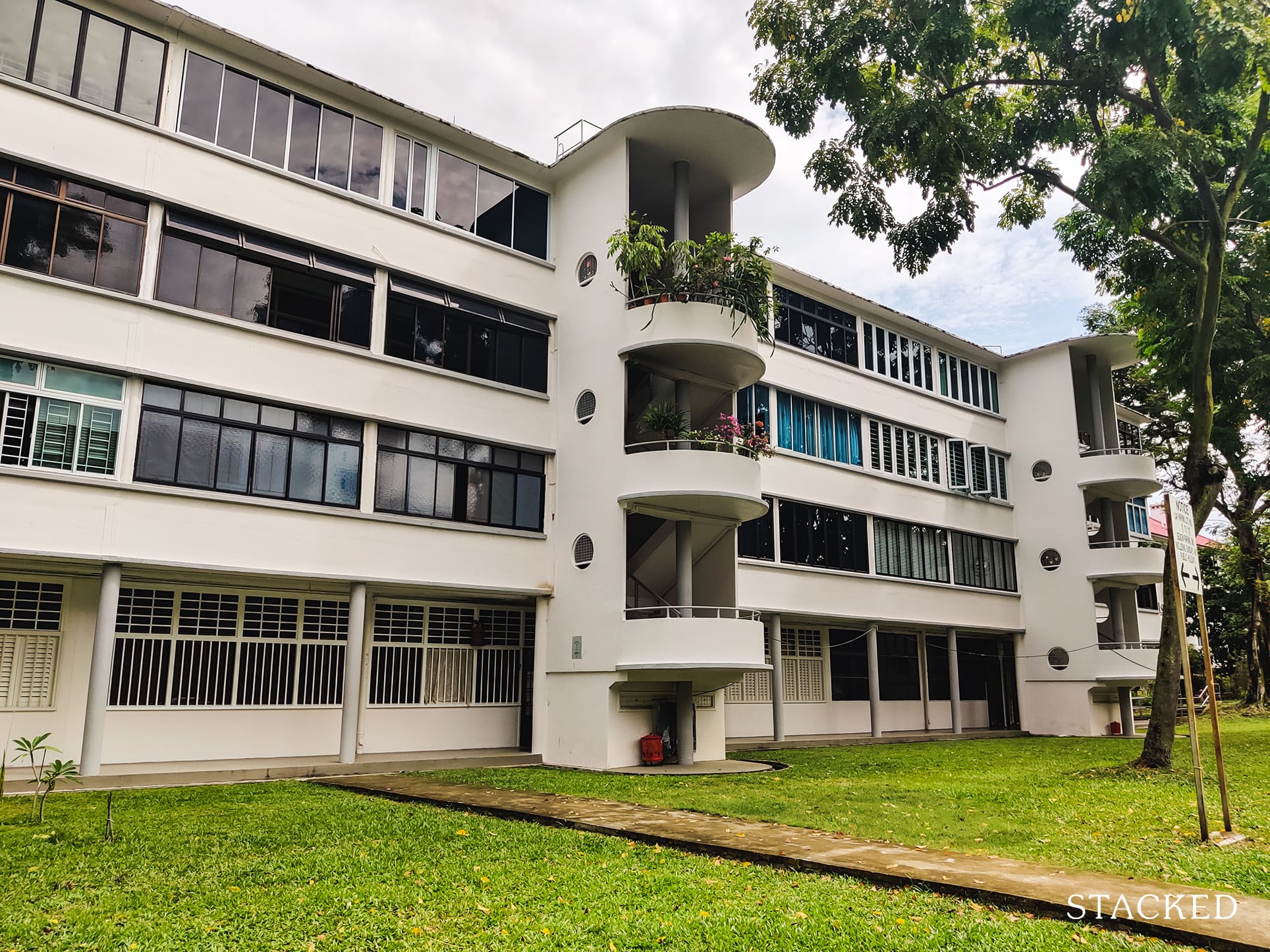 In the past year, we’ve seen a renewed surge of interest in younger couples who are buying older (40+ year old) HDB flats. This runs contrary to attitudes from five years ago, when HDB flats were often criticised as “99-year time bombs” (and let’s not even get into the debate over whether flats are “really just rented”!) But why is it happening? We checked out the word on the ground:

While lease decay is often voiced as a concern, there may be some disconnect between the theoretical consequences, and the reality on the ground. For example, in the Prime Minister’s national day speech back in 2018, we found out that fewer than two per cent of households are likely to outlive their leases.

We can also see that some HDB towns with the very oldest flats – such as the roughly 50-year-old flats in Tiong Bahru – outright defy theories of lease decay.

Being a gentrified, hipster area, Tiong Bahru also attracts buyers as young as in their early 30’s. Some of these flats will be 85 years old, by the time a 30+ year old buyer reaches retirement age.

But why does it happen? Here are some likely reasons:

One of the biggest differences between Singapore, and most other countries, is the abnormally high rate of home ownership. Around 90 per cent of Singaporeans are homeowners; and due to the CPF system, it’s usually just a minority who cannot afford a flat.

Assuming you have children at the age of 30 to 35, it’s quite likely that – by the retirement age of 65 – your children would already have a flat of their own, if not sooner. They probably don’t need to inherit your flat.

In fact, they likely can’t inherit your flat anyway, as no one can own two HDB properties; and if they already own a private property, they may not be allowed to hold on to it while also inheriting your flat (subject to various appeals and conditions).

As such, more Singaporeans are growing to accept that the flat just needs to last their own lifetime. With this perspective in mind, even a 40-year-old flat can just about last long enough for a 30-year-old buyer. Of course, with medical advancements, the average life expectancy could change in the future, but for now, this is the current reality.

This leaves the home buyer to focus on issues such as a comfortable location, over the remaining lease.

We keep hearing about the 99-year timebomb, and how flats will quickly depreciate in value past a certain point. However, it keeps on failing to meet reality.

In 2018, when the government noted that even 50-year-old flats could still rise in value, there was a notable wave of skepticism. But as we’ve shown in an earlier article, this is possible.

HDB flats generally depreciate slower than many suspect; even more slowly than the SLA leasehold table suggests (the SLA table is quite similar to Bala’s Curve, in the linked article).

These empirical observations, coupled with the sensationalism of million-dollar flats (which make the news practically once every quarter), could make it hard for Singaporeans to internalise the notion of lease decay.

One realtor we spoke to noted that:

“Most people still assume they can still get a good price, after the MOP. Even if the flat is 40 years old, they’re confident they can make enough to upgrade. This is mainly a word-of-mouth thing: they’ve seen their friends and relatives do it.”

It’s tough for realtors to try and convince them otherwise, when obvious examples are all around – like this 40-year-old flat that transacted for over $1 million, even in Ang Mo Kio.

Right now, Singaporeans see a lot of success stories; but reports about flats being at a loss are rare.

That being said, this is all down to the effects of the pandemic and the demand that we are seeing for housing today – which can change in the future as supply opens up. So, this isn’t something to get completely exuberant about just yet.

Tiong Bahru is probably the best example of the hipster wave. This wave of gentrification is characterised by a desire for authenticity, and playful surprises or irony (that’s why we have a famous café called Chye Seng Huat Hardware).

One realtor explained it as such:

“It’s like a form of pride to go to an area that’s run-down or very lok kok*, and then turn it around. I find these buyers take pride in being different, and making an old property beautiful, rather than just buying something that’s ready-made and new.

Some of them also feel that newer homes are very ‘soulless’, very cookie-cutter, compared to older properties from the ‘60s and ‘70s.”

The younger generation of home buyers tends to be less focused on financial gain, and more on self-expression. Their choice of home is also a statement of personality, and it’s easier to feel different in historical areas like Tiong Bahru or Rochor: all of which are areas where you find older flats – just like the video below.

4. The oldest flats tend to be bigger (for 5-room flats at least)

HDB flats built from 2000 to the present don’t actually show much size difference. It’s among the older flats which predate this era, that you begin to see and feel the extra room. 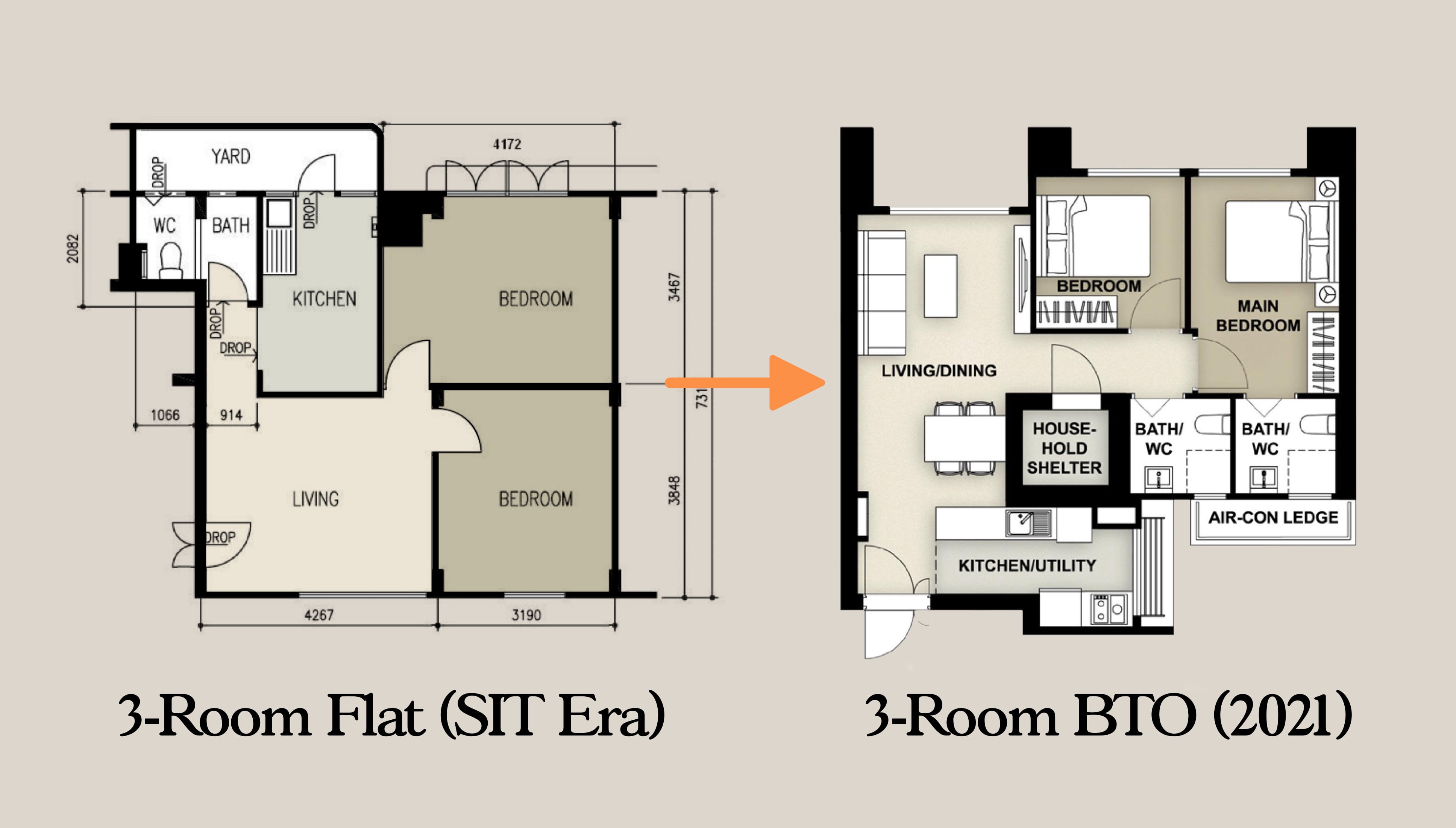 Resale HDBThe Evolution Of HDB Floor Plans Over The Years: For Better Or Worse?

With this in mind, consider that newer resale flats (e.g., five-year-old flats that are just out of their MOP) will also be more expensive. These are often sold at a premium, due to the lack of lease decay.

Between the two, which would you choose?

For younger buyers who are already disgruntled with Cash Over Valuation (COV), it may be reasonable to buy the older flat. If you’re going to buy more, either way, you may as well pay more for a bigger home, right?

5. Changing perspectives of flats as assets

We won’t delve too far into other financial markets, as that’s not our purview. However, younger Singaporeans do tend to be more sophisticated investors.

Many have gone beyond simpler, old-school notions such as holding on to your flat, and then downsizing it for retirement. Increasingly, young Singaporeans are looking toward options like Robo-advisories, index funds, REITs, Crypto, and other options to provide for their retirement.

As their bases are covered by other assets, fewer feel the need to rely on their flat as a retirement asset. More of them may view their property as just a place to live comfortably; in which case they don’t care about resale gains or lease decay (so long as it can last their lifespan).

6. Optimism about flats being just a temporary home

One realtor noted that young Singaporeans are quite aspirational, and some see HDB flats as “stop-gap housing”. This can lead to less regard for lease decay issues.

“They don’t really see themselves living in the flat for 15 to 30 years. Most see themselves moving out soon after MOP, so they’re thinking in very short, five-year horizons. Over such a short period, the depreciation is not as significant.”

Note that, so long as flats have more than 30 years lease remaining on the lease, future buyers can still get a bank loan for it; and CPF can be used as long as there are at least 20 years on the least. So for someone expecting to hold for just five years, a 40- or 50-year-old flat still has prospects for resale.

These buyers have been further emboldened by empirical observations (see point 2), which show older flats can still be resold at gain; especially if they pick high-demand areas like Queenstown or Bishan. There is also some demand from older downgraders who will not mind older flats as well and are willing to pay as long as it is at their preferred location.

As a final note, we’d add that the oldest the most decrepit properties can look good in an upturn. As we saw in the run-up between 2009 and 2013, almost any property seems like a good deal, when prices are rising across the board.

Younger Singaporeans shouldn’t pick properties that they would outlive, because they assume there’s plenty of time to move later. It’s always best to buy a home you could see yourself living in permanently – just in case that ends up being necessary.

For more updates as the situation progresses, follow us on Stacked. We’ll keep you informed of the best prices and latest trends in the Singapore real estate market.

Not that we dun want to buy new BTO but they are not building fast enough to meet demands especially these two years. 5 years already long and another 2 more years …..

why so desperate buy new? what’s wrong with 30 y.o property? Older property is much lower density (plot ratio 2.8 vs PR 6.5, hello? ) , is bigger and cheaper.

Hey! There’s nothing wrong with old/older properties, it’s just a personal preference. Some like new properties as they could also be situated in newer environments, with a more modern architecture or style 🙂

hi, would you consider correcting the chart in Pt. 2 (4 Room Flat Price per Lease Remaining) for the average flat size of flats in each era? In effect, the graph will become “4 Room Flat PSF per Lease Remaining”. Intuitively there might be a significant difference considering that older flats were larger in size.

Hello! Thanks for raising this point. We are aware that using $PSF would account for size but chose to show prices instead for simplicity since both show similar patterns. For completeness, we have charted out the $PSF vs age for resale HDBs in an update to this article: https://stackedhomes.com/editorial/older-hdb-flats-dont-depreciate-as-quickly-as-you-think-heres-what-the-numbers-show/ 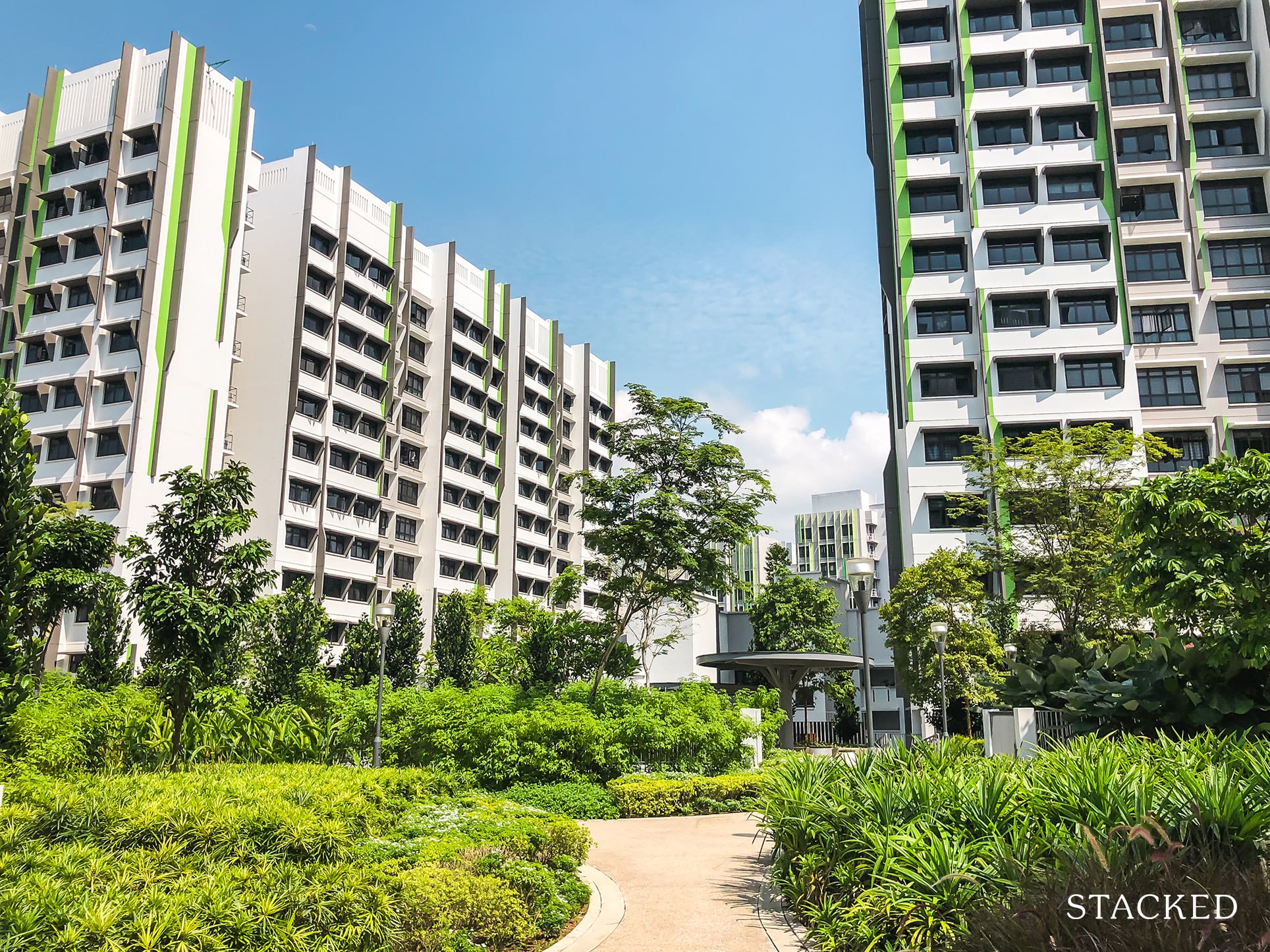