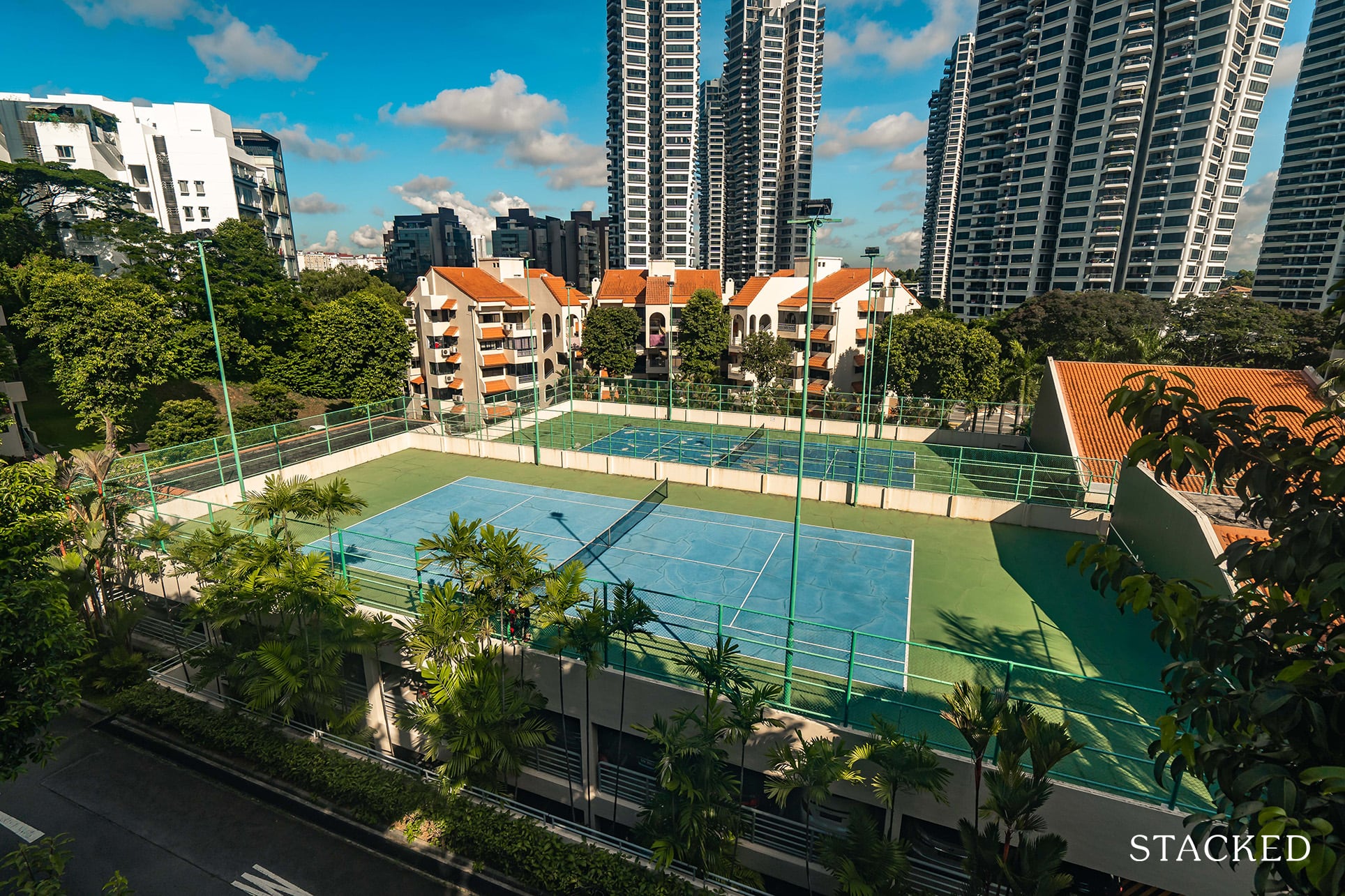 En-bloc sales aren’t always a pot of gold. For investors or homeowners who are well-prepared, it can be a smooth process; but homeowners, especially those who never intended to move, can find it an inconvenient headache. One of the main timing issues involves the sale proceeds: it could be a while before you receive the money from the en-bloc, and in that time, you still need a new home.

We spoke to Mortgage Master, who are home loans specialists, about the key financing issues to address:

What’s the main financing issue when an en-bloc sale happens?

There are cases where sale proceeds take longer than usual to come in. An example of this is when a developer has agreed to the deal, but wants to complete it further down the line.

For example, a developer may not want the new development to launch at a difficult time like the current Covid-19 environment. As such, they may agree to the en-bloc purchase, but want to complete the transaction as late as 12 months later.

This can be a headache for some owners, especially those who were not intending to move for some time. If you only recently bought the property and renovated it, for instance, you may be low on funds to find a replacement home.

The other issue is that, if you take on a new home loan while still paying the existing one, you could end up servicing two housing loans at once; even if you can afford to take such a loan, it could be a significant drain on your finances.

Don’t end up paying two mortgages at once

Before you rush out to buy a replacement home, consider when your existing mortgage will be discharged. Otherwise, you could end up with a period where you’re forced to service two home loans at the same time: one on the property you’re buying, and one on your existing home.

“In an ideal situation, wait till there’s about six months before you expect to get the proceeds from the en-bloc sale,” Baey says, “Only then do you buy and complete the purchase of your next property.”

This is because you want to avoid the financial drain of repaying two mortgage loans (assuming you still are paying the loan from your en-bloc property).”

On a related note, one of the issues often brought up here is the re-issue of the Option To Purchase (OTP).

In the past, it was possible to put down the booking fee on a new launch condo, and have the developer repeatedly renew it whenever it lapsed; this was often used to “reserve” a unit, while waiting for sale proceeds from the previous home to come in.

As of September 2020, this is no longer possible. Developers cannot repeatedly renew the OTP as soon as it lapses – the most they can do for you is to try and extend the OTP validity period to 12 weeks (up from a maximum of eight weeks previously). URA also has to approve such extensions.

This can make the timing issue more complex, so contact us if you need someone to walk you through it.

If you’re struggling to cover the down payment on your next property, consider a bridging loan

Bear in mind that, for private property purchases, the absolute minimum cash down is five per cent of the price or value (whichever is lower). If you have an outstanding home loan already, such as on your existing property, the required cash down payment can go up to 25 per cent.

As such, some homeowners awaiting an en-bloc might find themselves cash-strapped, when trying to buy a replacement unit.

“Bridging loans are meant to help with the down payment for purchase of a property,” when you have yet to receive the sales proceeds,” Baey says.

“Bridging loan interest rates are typically between 4.25 per cent and seven per cent”, Baey says, “But take note that bridging loans must be paid in cash, can only be for a maximum of six months, and interest rates can differ from bank to bank; so do your homework and get the offered interest rates in black and white, before making a decision.”

Unfortunately, you can’t rush to get a bridging loan as soon as you hear whispers of an en-bloc. You must first present the sales order for the en-bloc, to apply for a bridging loan. You also need to show proof that the Strata Titles Board (STB) has approved the en-bloc.

At this point in time, there are no bridging loans that will stretch beyond six months

This can be problematic, if an en-bloc sale takes longer to complete. You may want to bring up the issue at Extraordinary General Meetings (EGMs), if the developers push for long waits of 12 to 24 months before forking out the sale proceeds.

It’s not just the amount they agree to pay; it’s also when they’ll pay it.

Another financing issue to consider is breaking your lock-in, should it be necessary

Some home loan packages have lock-in clauses, and prepayment penalties if you try to pay them early. One potential issue is if the en-bloc happens during the lock-in period – this could incur a prepayment penalty of up to 1.5 per cent of the amount redeemed.

“There are always ways around it as banks handle these on a case-by-case basis. The simplest method would be to secure a home loan with a waiver of penalty due to sale if you expect an en-bloc soon.”

This sort of waiver will be indicated in the terms and conditions of the home loan.

Some home loans specify that there’s no penalty if the loan is redeemed early, due to a sale of the property (this applies to both en-bloc sales and “normal” sales).

There are also home loans that have a partial waiver (e.g., no penalty on the first $150,000 if you redeem the loan early). It’s better to get a loan package with a full waiver due to sale, however, if you’re expecting an en-bloc soon.

“Alternatively, when you want to take a loan for your next property purchase, get it from the same bank you’re currently on”, Baey says, “But request for a discount or a waiver of the penalty for your current loan.”

If the stars align, the bank you’re currently with will also be offering reasonable loans at the time. However, there’s a chance that your existing bank is offering only expensive loan packages. In these cases, it may not be worth the waiver. It’s advisable to get a mortgage broker to crunch the numbers for you before deciding. 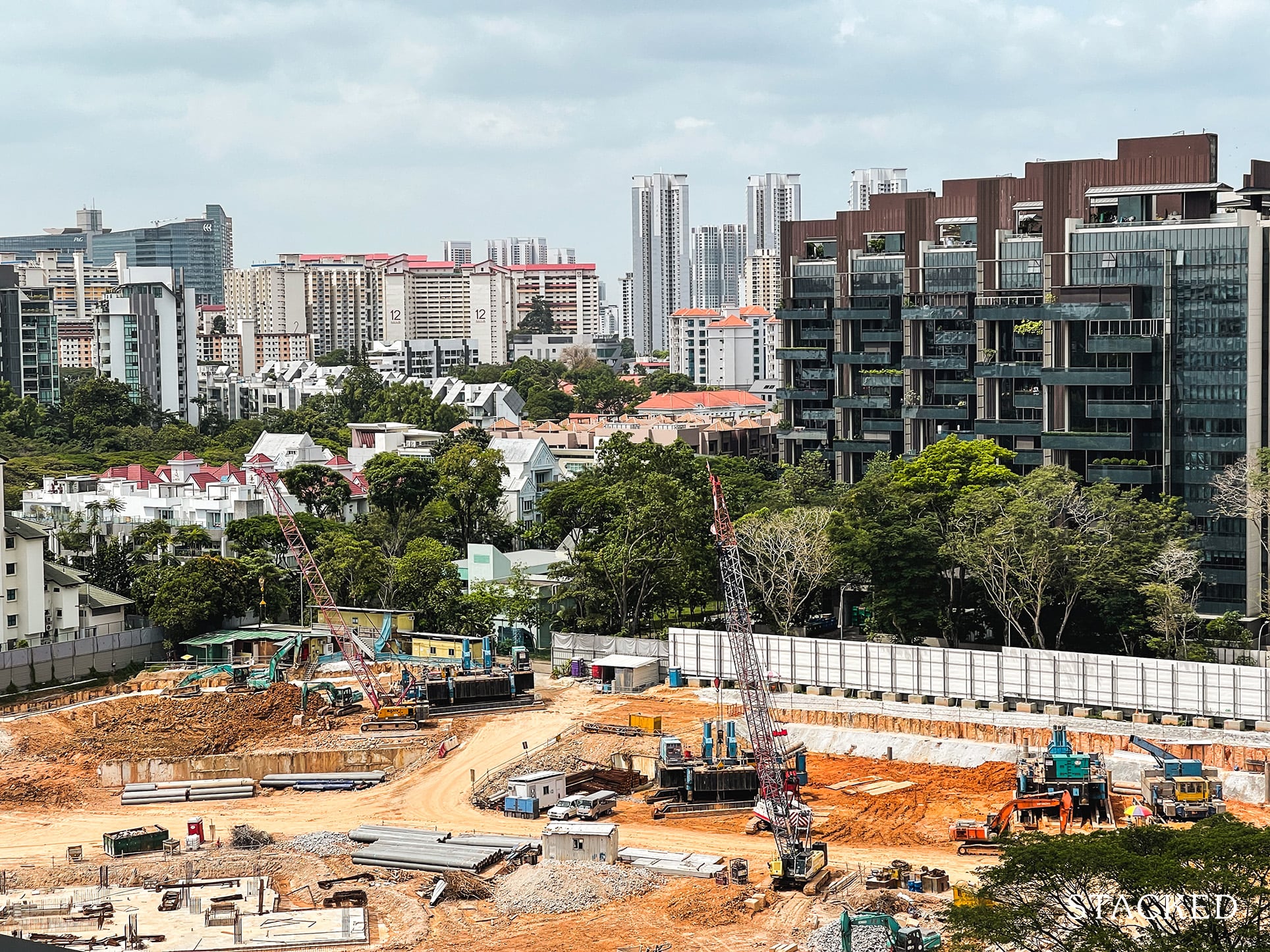 In addition, don’t stop refinancing to a cheaper loan if you can, just because of en-bloc attempts

It typically costs around $2,500 to $3,000 to refinance. As such, some home owners feel they shouldn’t bother with this, if an en-bloc discussion is happening. However, Baey suggests otherwise:

“It’s not entirely true. You should refinance if your current interest rates are much higher than the market average. For example, if you are paying 2.5 per cent, when you can refinance to a 1.25 per cent package.

The key is to get a package that provides a waiver of penalty due to sale, that several banks offer.” (For the reasons explained above).

Start looking into the timeline for buying a new home, when the en-bloc attempts begin

Regardless of whether or not the en-bloc attempt succeeds, it’s best to be prepared. Remember that if the 80 per cent majority is secured, the decision to move is out of your hands; it’s going to happen.

We know of homeowners who start budgeting early, and manage to get a new property even without the help of a bridging loan.

You should also keep in mind that the Sellers Stamp Duty (SSD) applies to en-bloc sales. SSD will apply if the en-bloc occurs within the first three years of your purchase. The SSD is 12 per cent of the sale proceeds in the first year, eight per cent in the second year, and four per cent in the third year. Do factor in this cost, when deciding the budget for your next home.

Do reach out if you’re worried about ongoing en-bloc attempts, and we can help you brace for the transition. In the meantime, you can follow us on Stacked for more guides on the Singapore private property market, as well as in-depth reviews on new and resale properties alike.