Commentary How Bad Is The Price Gap Between Resale HDB Flats And Private Condos In 2022? 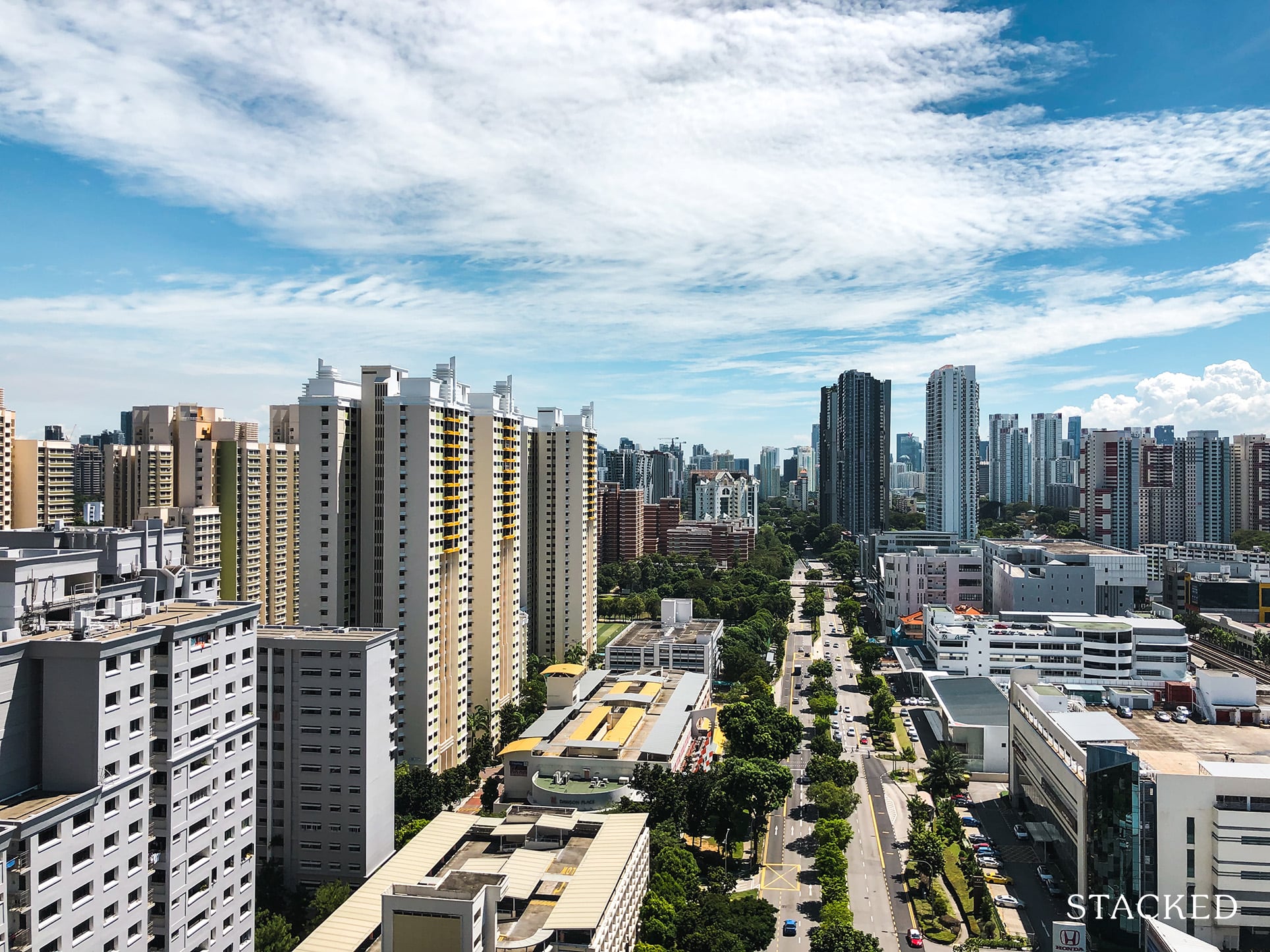 While we’ve seen a record number of million-dollar flats, private home prices have also reached new peaks in 2022. In a recent news report, OrangeTee has even stated that new suburban condos now cost 53.6 per cent more than million-dollar flats. This raises a key question for hopeful upgraders: can the price of a resale flat still bridge the gap to condo ownership? We took a look at how the price gap between resale flats and private property has shifted over the years:

Green represents the smallest gap, while red represents the largest gap between resale HDB and private property prices. Here’s what it looks like visually:

How we derived the numbers:

The above reflects transactions of HDB flats and private properties, taken from HDB and URA records respectively. This is for a period between January 2010 to September 2022.

There were some practical limitations involved. Location is not factored into tables, and size was based on the average square metre space of flat types, with a 10 per cent buffer used to determine which private transactions to make a fair comparison to.

Here’s the size we took into consideration for private transactions:

Only resale transactions were taken into consideration, as BTO flats and new ECs involve subsidies that would distort results. For private properties, Sentosa was excluded, as there is no comparable location in terms of an HDB estate.

1. Despite rising resale flat prices, the price gap is still wider than in the previous decade

Overall, the price gap between HDB flats and condos have narrowed over the past two years.

From 2013 right up till the end of the Circuit Breaker (April to July 2020), resale flat prices had been on a steady decline; and the price gap was at its biggest by 2019.

(The gap began widening after 2013 because the government tweaked policies toward Cash Over Valuation, causing resale flat prices to steadily decline).

But right after the Circuit Breaker, the pandemic caused a surge in demand, and resale flat prices spiked to their highest in around eight years:

This rapid catch-up has made it easier to bridge the gap between a flat and a condo, compared to the pre-pandemic year of 2019.

However, we don’t think this will be of much consolation to many upgraders. If we compare the price gap from a decade ago, we can see that those who upgraded in 2012 would have had a much easier time making the leap.

2. Executive Flats are not always better

But take note of how 5-room flats compare to their executive counterparts. In every year, the price gap between a 5-room flat and a condo is narrower, compared to an Executive Flat.

This could be due to a wide number of factors, one of which is lease decay (executive units tend to be much older). For future upgraders who want to begin with a resale flat, it’s worth keeping in mind that these older and bigger units are not always the better deal.

3. The price gap widened after the last round of en-bloc fever in 2017

As we’ve mentioned in a previous article, the Singapore private property market is stuck in an en-bloc cycle.

Property developers have five years to complete and sell any project – so every five years or so, developers finish up their condos, deplete their land banks, and then voraciously compete to buy up available space for new projects.

Notice that, right after 2017, the price gap started to widen; and this would likely have continued, if the pandemic hadn’t kicked in and boosted resale prices (while also delaying some new launches). This was also due to the influx of Chinese developers with deep pockets, rushing into the Singapore market in 2017. Their willingness to work on razor-thin margins, and aggressive land bids, ultimately helped to push up condo prices.

While an influx of foreign developers may not be an issue in 2022, we’re still at the start of another five-year cycle. If developers end up aggressively bidding for land again, this could push new launch prices up, and widen the gap between flats and condos again.

It may be time authorities considered ways to break us out of the “feast-and-famine” cycle, when it comes to land supply.

For most upgraders, a price range of around $1.6 million to $1.8 million is manageable. However, new launches in the past two years have often reached the $2 million mark, for family-sized three or four-bedders.

Buyers who are now priced out may look elsewhere; and the two most immediate alternatives are resale condos, or a bigger resale flat.

If $1.6 million can no longer get you a condo, but it can get you a two-storey maisonette in a mature area, that may explain the rising demand (and COV) in the resale flat market.

In this sense, the widening price gap between public and private may be driving the demand for larger or more premium flats (especially flats under the now defunct DBSS scheme, or special flats like Pinnacle @ Duxton).

Of course, there are also other reasons that have contributed to rising resale flat prices – BTO launch delays, and the need for more space due to the pandemic have certainly attributed to this as well.

While 2022 is not the worst time to upgrade, it’s far from being great

Rising resale flat prices may have not have caught up enough, in a market where $2,000+ psf is becoming the norm for new launches, and $1,470+ psf is expected of most resale condos.

Upgraders who must make their purchase this year may want to look outside the new launch market; or consider a bigger flat instead of a condo. For more on the situation as it unfolds, follow us on Stacked. We’ll also keep you updated with in-depth reviews of new and resale developments alike.