Analysis How Much Does En Bloc Sales Or GLS Affect Nearby Prices? We Analyse 163 Sites To See 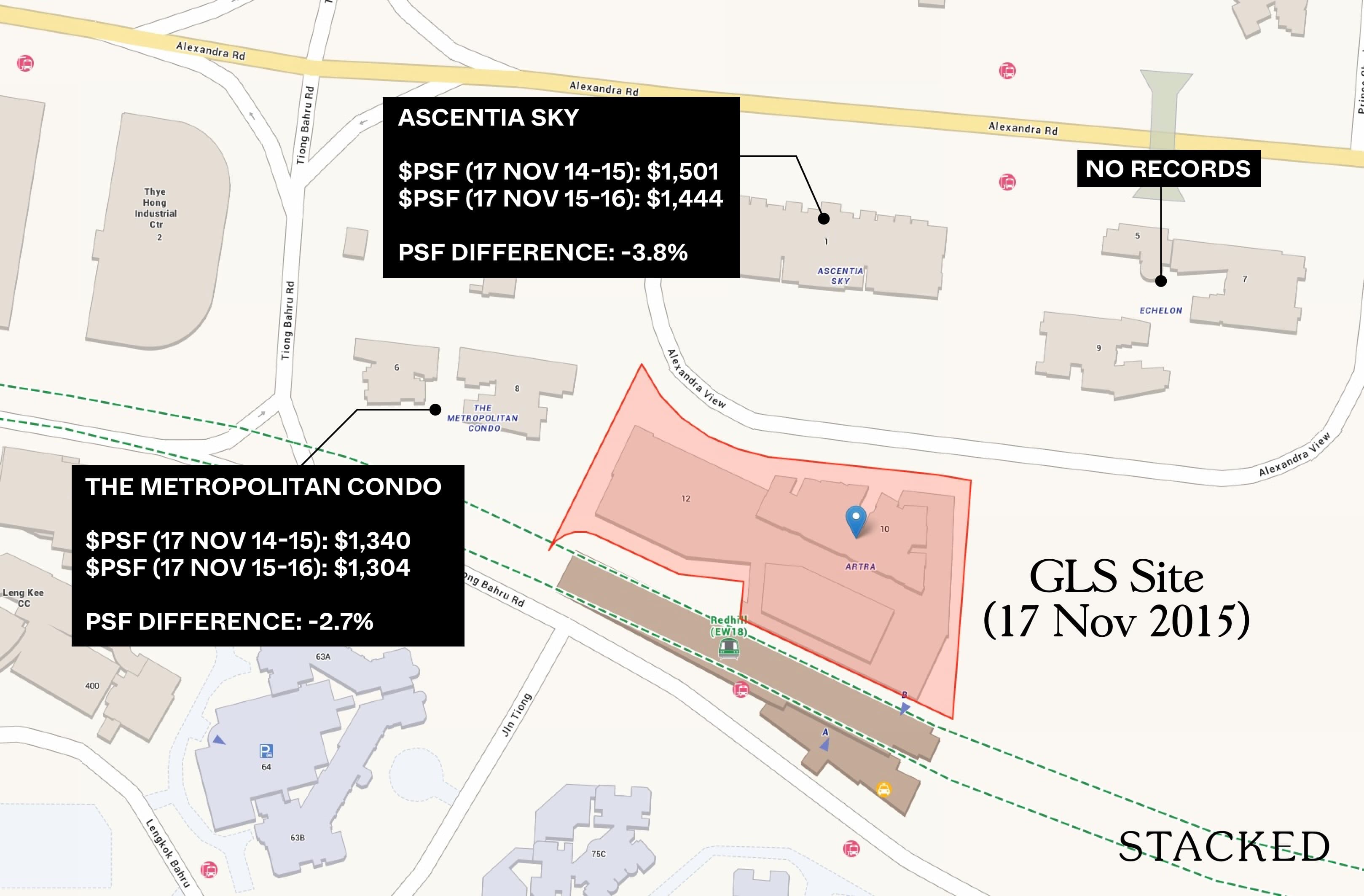 Did you know? If you own a piece of land (i.e. non-strata such as landed property), you actually own 30m of the subterranean space below your land too. For context, you could build a 10-storeys building underground! And even better, the government will have to compensate you if they were to acquire this subterranean space from your land.

As such, common law defines “land” to include intangible structures (e.g. air space and pathways) besides tangible structures that are permanently affixed to the earth (e.g. buildings, fixtures, subterranean space and trees). This facilitates the transfer of land titles under the Land Titles Act, especially for integrated/mixed developments (for example, Pasir Ris 8 comprises different land titles for its residential/commercial components, bus/MRT interchanges and overhead bridges).

If anything, it was easier to own land in the past as our population density was still low then. In fact, during a visit by the Minister for National Development, Mr Desmond Lee to Dover Forest back in Jan 2021, it was discovered that the estate of the late merchant, Mr Tan Kim Seng, was so vast that it stretches east to west from Queenstown to Clementi and north to east from Dover Forest to Southern Kent Ridge Park. For context, this spans the area of 5 MRT stations (imagine the number of BTO projects that you can build on this piece of land).

Today, land comes at a premium in our land-scarce country, as land prices from government land sales (GLS) programme and en-blocs continue their inexorable march to record levels time and time again. We ought to be content if we can own enough space for making babies building a family.

And this is why it’s also not uncommon for agents to use a successful bid in a Government Land Sales (GLS) site or en bloc sales to justify higher prices of surrounding developments, thereby pushing you to purchase now or perhaps using it to justify paying for higher prices today because eventually, prices of the developments surrounding these sites will catch up anyway.

So does a successful GLS sale or en bloc really lead to an increase in the prices of condominiums around? Let’s find out from the recent en-blocs and Government Land Sales (GLS) programme!

Notes on this review

Before we present our findings, we wish to highlight a couple of points on how we conducted this review –

Our findings are summarised as follows –

Based on our findings, you’ll see that most of the en-blocs and GLS have positive spillover effects in terms of price appreciation in the surrounding properties. This is shown in Tables 1 and 2 below (note: a negative change in PSF does not necessarily mean that the nearby developments are not profitable. It only shows the trend of the properties PSF 1 year before and 1 year after the en-bloc/GLS sale).

This should be unsurprising, as news of higher land prices provides confidence to aspiring homebuyers/investors, who are likely to pay a slight premium than to purchase a brand-new unit to be built on the redeveloped en-bloc site/GLS, which are typically pricier (e.g. Park Colonialnew vs 8@Woodleigh; Amber Parknewvs The Esta).

Despite this, however, it’s observed that prices in the district, on average, also tend to appreciate – and in some cases, more so than developments surrounding the GLS/en-bloc sites. This could be due to a myriad of factors (e.g. gentrification/urban transformation) or just inflation in general as shown in Figures 1 and 2 below.

As such, it is difficult to say that prices strictly increase as a result of the GLS sites or en-bloc sales. Based on the table, there is no clear and obvious winner between condos around these sites versus the district $PSF changes.

While condos around GLS sites won 6 out of 9 years, this is too slim a margin to observe any pattern. The extent to which it edges the district average also varies greatly. The same can be said for en bloc sales.

When looking at the years, those within 500m of the en bloc sites won just 3 out of 5 of the years.

When looking at the district, those within 500m of en bloc sales sites won just 3 out of 9 districts with en bloc sales.

This is certainly not enough to conclude that surrounding condos had a direct benefit from these GLS or en bloc sales.

Looking through the past en-bloc sites and GLS, we noticed that the capital appreciation of properties near these land sales was time-sensitive. Specifically, the highest average gains were recorded when the market was at its peak (e.g. 2013, 2021) and/or when the supply of available/new units are low (i.e. a sellers’ market) as shown in Tables 3 and 4 below.

We’ve seen that there are sites where, due to a GLS or en-bloc sales, prices surrounding the site went up – but we’ve also seen that it’s not the sole factor considering how district prices as a whole can even outperform the condos surrounding these sites of interest.

Moreover, some neighbouring developments could even stand to lose if the en bloc or GLS site could pose future competition to them, particularly if the site is in a more strategic location or has better potential to offer more to buyers. To further illustrate this, let’s take a look at some developments in our study that clearly did not benefit from the redevelopment of their neighbouring land parcels (pls see examples in Table 5 below), as other factors impact consumers’ buying behaviour as well.

Based on our study, I think it’s safe to say that while GLS sales and en-blocs do pave the way for property prices to rise in the long run (after all, developers have to sell higher to make a profit), I find it hard to justify a short-term appreciation for developments surrounding these sites of interest.

While it may occur for some sites, there’s a sizeable number that does not seem to benefit from this at all, of which two sites were specifically mentioned above. There are many factors (such as entry price, surrounding competition, layout etc) that lead to a property’s performance and this study further shows that one such factor cannot necessarily be applied to all properties.

To be sure, this is a study on the impact of the announcement of GLS or successful en bloc sites, and not whether the new development that succeeds it has an impact. Perhaps, knowing the sale of the land price isn’t really enough to move the needle. And it’s only with the tangible launch, with proper unit prices and visuals, are sellers/homebuyers able to make a distinct comparison.

Aligning our purchase intention with these key factors would help pave the way toward an enjoyable and fulfilling property investment journey, that has become increasingly arduous due to more stringent regulations. For prudence, you might want to have a checklist on whether the development that you are eyeing fulfils the key factors that we have been emphasising, which could help you focus better on your next property purchase while providing the bang for your buck.