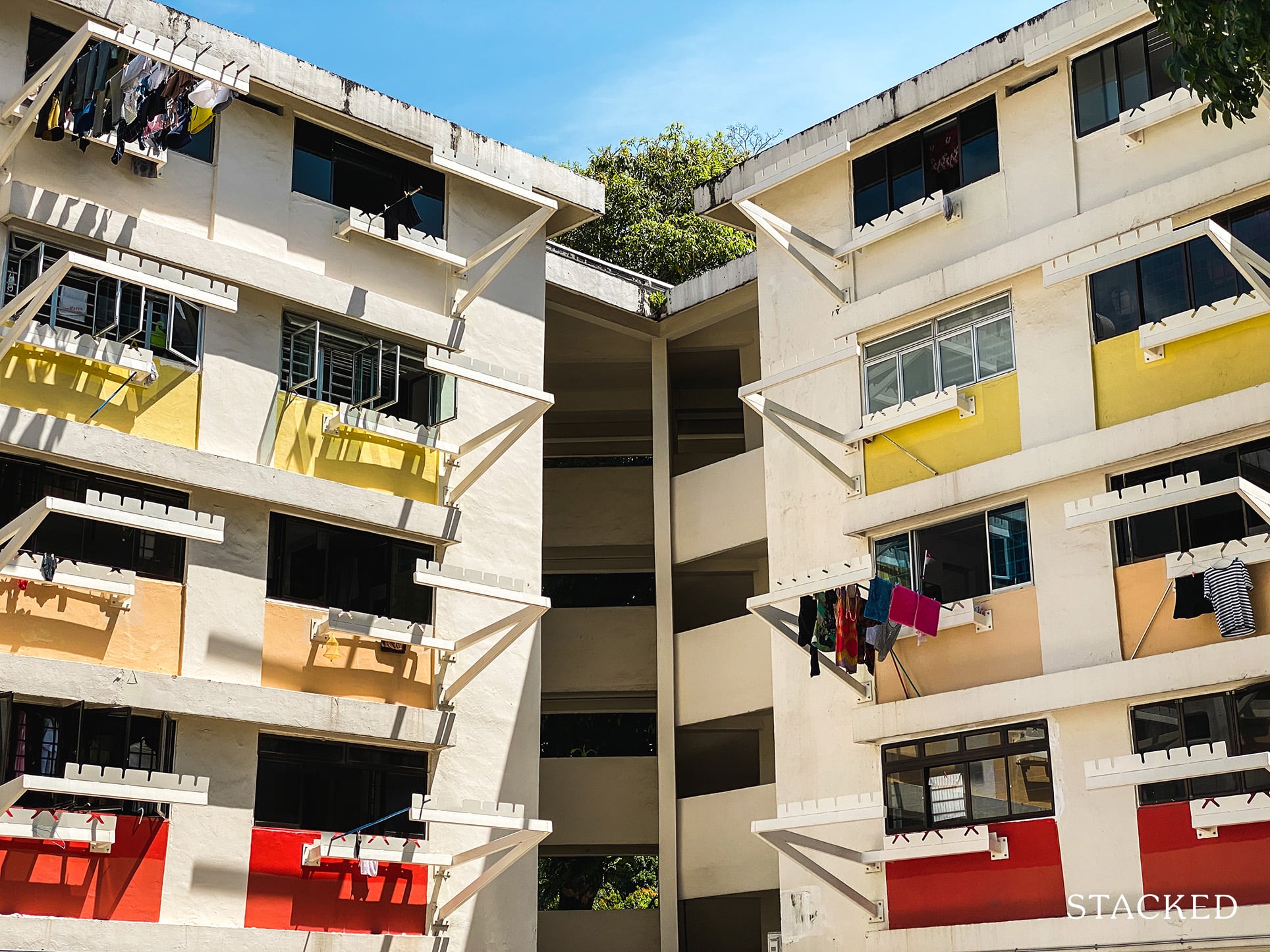 HDB resale prices and volumes have seen a sharp rebound as of Q3 2020. After almost seven straight years of decline, it seems as though resale flats may have found their way back into home buyer’s preferences.

Here’s how the rebound looks, based on data from Square Foot Research:

Across the island, resale flat prices currently average $441 psf. This is now almost equal to levels seen in July 2014, when the average price was about $439 psf.

What also stands out is the brief window, in which this dramatic rebound occurred. Prices averaged only $408 psf in April 2020, roughly when the Circuit Breaker period began. This means resale flat prices managed to rise by over eight per cent, in a period of just half a year.

Resale flat prices are now only down about 7.7 per cent, from the last peak in 2013:

This is also happening despite an increasing supply of resale flats

In 2019, ERA (page 3) mentioned that the number of resale flats reaching MOP in 2020 could number about 26,000. This is 50 per cent higher than the five-year average, which normally sees about 17,400 flats reaching MOP every year.

This is unusual, in that higher supply would normally put downward pressure on prices.

However, analysts we spoke to had a reason: there’s a bigger influx of resale flats that are just past MOP. Buyers, who are often worried about lease decay, see fewer age-related risks given these flats are just five-years old. They could reasonably stay on for another 10 to 15 years, and still expect decent gains.

How could Covid-19 unexpectedly help the price of resale flats?

In July, we were informed that BTO flats might be delayed by up to nine months, due to Covid-19 (previous announcements pegged the delay at six months). This could have a deterrent effect on some buyers, pushing them to opt for completed, resale units instead.

Besides being able to move in sooner, it’s important to remember that the MOP starts from key collection. So if you opt for a BTO flat, construction delays mean you move in five years later, you would then wait another five years after that for the end of the MOP.

This means you need to wait a decade, before you can put the flat on the open market and upgrade to a private property.

Some agents also felt that the experience of the Circuit Breaker may have a psychological effect, pushing young couples to get a place of their own sooner. One of them, speaking anonymously, told us that:

“I met some couples who were unable to see each other during the Circuit Breaker; and because it was a long time we were stuck at home right? It occurred to them the importance of having their own home.

In those months, they realised they wanted to be with their spouse or fiancé, instead of in separate homes. So I think emotionally there is definitely this “push” from the experience, to hurry up and move into their own house.”

2. Affordability is an increased concern

Q2 2020 saw Singapore’s worst economic recession in 55 years. Given the ongoing Covid-19 situation, buyers who were previously eyeing condos, or even Executive Condominiums (ECs), may instead have opted for resale flats.

Unlike BTO flats, resale flats have no income ceiling. This means even higher-income Singaporeans have the option of playing it safe, and making lower housing commitments via a resale flat.

This is the current extent of the price difference:

The average quantum of a five-room resale flat is just $530,340, before applying grants.

The average quantum of a three-bedder condo unit, which is the typical size for families, averages $1,606,101. A single such condo unit would pay for a five-room resale flat three times over.

As such, buyers worried about job loss or reduced income may turn their eyes toward the resale market instead. They can, after all, revisit the private market after five years.

In addition, the Sellers Stamp Duty (SSD) means that those who buy a private property cannot back out without significant costs.

There is no MOP for private property. However, an SSD of 12 per cent applies on the sale price, if a unit is sold within a year of purchase. SSD falls to eight per cent on the second year, and four per cent on the third.

This means that buyers must be confident in committing to their purchase for at least three years. They cannot offload their new condo during that time, without incurring the SSD.

Given the downturn, buyers who lack confidence may turn to the HDB market instead.

Buyers who are eligible for HDB loans may find greater security in these, even though bank loans are currently half the interest rate*.

This is because HDB is dedicated to housing Singaporeans, whereas banks are businesses with an obligation to their shareholders. HDB is more inclined to avoid repossessing the flat, whereas banks may be quicker to foreclose. This leniency has been highly visible of late:

For example, HDB has currently suspended late payment charges on mortgage arrears, till 31st March 2021. This is on the back of two prior extensions, which were announced on 1st April and again on 30th September.

Also, as of this October, those with HDB loans can extend their loan tenure to the age of 65 to reduce monthly loan payments (the usual loan tenure is capped at 25 years).

Note that MAS has also worked out home loan deferment schemes for private properties. However, the measures could end as early as December of this year, pending further review of the Covid-19 situation.

In any cases, even without Covid-19, HDB loans have always been preferred by some due to the additional leniency. The pandemic may just have accentuated this, in the minds of some borrowers.

*The HDB loan rate is 2.6 per cent, whereas bank loans currently average 1.3 per cent. If you have a bank loan and are currently paying a higher rate, contact us on Facebook; we may be able to get you a cheaper home loan.

The resale flat market could maintain its momentum, so long as Covid-19 continues to prompt caution

So far, analysts have made forecasts of resale flat prices continuing to rise; possibly as high as 3.5 per cent. We’re inclined to agree, for so long as the economy’s Covid-19 woes prompt the average Singaporean to stay cautious.

In fact, we may well see resale flat volumes rise from another segment, if the downturn bites deep: that’s downgraders. Retrenchments or job losses may see some Singaporeans offload their condos, and move into four or five-room resale flats instead.

(It’s rare for downgraders to pick a BTO flat, as they need to wait 30 months after selling their private property to apply for a new flat).

Hopefully, this scenario won’t come about. But in any event, it seems resale flat owners are seeing a light at the end of their seven-year tunnel. HDB prices have trended downward since the last property peak in 2013, until now.

It’s just a bit ironic that it took a pandemic of all things, to get the ball rolling.

For more updates on the situation, or to see in-depth reviews of Singapore’s top properties, follow us on Stacked.