Commentary China’s $90 Billion Property Crisis: 4 Important Lessons We Can Learn From In Singapore 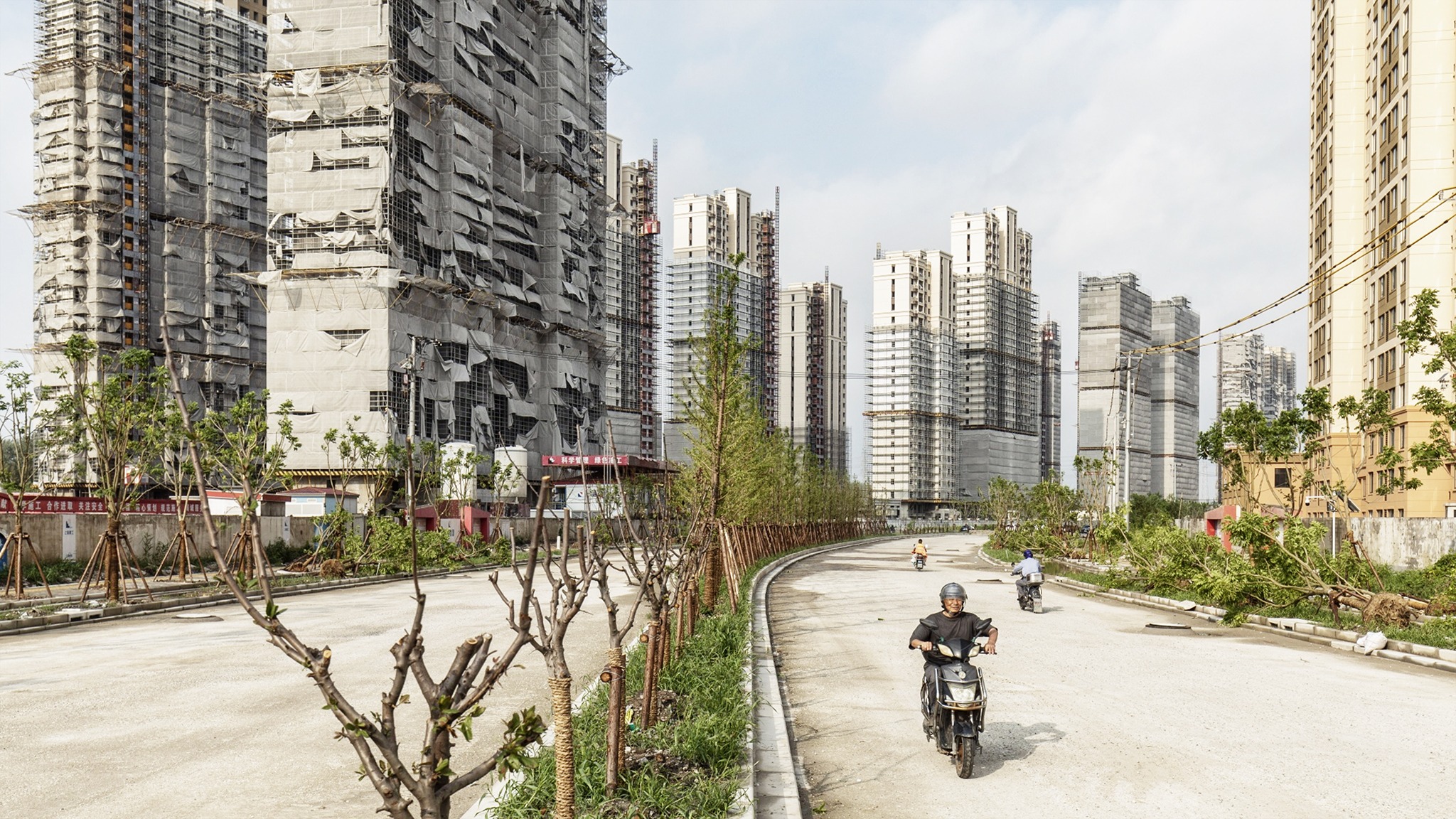 China’s developer crisis has wiped out around US$90 billion in market value, and home prices there have fallen for 11 straight months. It’s often a shock to the public when this happens to property developers – there’s an image of these companies as being highly-capitalised, monolithic powerhouses, which are literally safe as houses. But the crisis in China should make Singaporeans contemplate some key lessons as well:

1. It may be time to question if so many Singaporeans should be tied up in property ownership

In China – and we daresay in Singapore and most parts of Asia – real estate is a trusted way to build wealth. It’s estimated that about 70 per cent of China’s 1.4 billion people have money tied up in real estate, and homeownership rates rival or even slightly beat Singapore (87% in urban and 96% in rural China).

This concept is only now being questioned by a segment of China’s middle class.

Prior to this event, Chinese citizens would have seen previous generations grow rich via property ownership; a large part of it due to China’s quiet transition to the world’s second-largest economy. That’s an almost exact parallel to what Singaporeans have witnessed:

Many younger Singaporeans have heard stories of how landed properties once cost $30,000, or seen that Singapore’s wealthiest have tended to be property tycoons (or at least have large real estate portfolios). Often, we also overlook the fact that this happened during Singapore’s sharp transition to developed-nation status.

As the situation in China (and the US in 2008/9) demonstrates, however, real estate is not without risk. While the real estate market may not be as volatile as the equities market, it does involve a higher cash outlay; and those who pour everything into a single property are essentially taking an unhedged bet on a single asset.

For the longest time, we’ve assumed that high homeownership rates are a bragging point; but perhaps we should consider if, in at least some cases, a segment of Singaporeans is better off renting rather than buying.

Having too much of our wealth tied up in real estate can cause serious issues, if the property market takes a dive. Consider the impact on retirees who were counting on right-sizing to fund their retirement, only to find a crisis shaving off a third of their home value just as they stop working.

That said, with the number of cooling measures imposed on the Singapore real estate market, it is also fair to say that it will probably take a major catastrophe to see sharp drops in property prices here today. As much as we won’t see wild upswings in prices, neither would we be seeing such volatility anymore.

2. This is proof that regulators need to monitor developers, and we can’t “leave it to the market”

The problem with China’s property developers started with Evergrande; once the second-largest property developer in China by sales. We won’t recount the entire saga here (you can read about Evergrande’s fall in this article); rather, the point is how the perceived size and success of the developer can mislead buyers.

It’s hard to blame the home buyers in this instance. While “do your diligence” is a common mantra, there are too many elements of a developer that home buyers can’t be expected to know. Even if they were to go to the extreme of checking the developer’s financial statements – not something that every home buyer has the expertise to do – it’s improbable that they have the means to spot financial shenanigans.

Most of the time, it’s only regulator activities, like issuing no-sale licenses to developers, that gives buyers a potential clue. There is, and always will be, an asymmetry of information between home buyers and developers.

The only way for some home buyers to dodge this risk is to never buy new properties, and only purchase resale units. This is, in fact, one of the reasons why some buyers are insistent on never buying new condos*.

*We can’t say these buyers are entirely correct about their risk being lower. Resale condos also tend to be older, for example, and maintenance issues may not be immediately visible.

Property development and leverage go hand-in-hand. Even before a project can be marketed, developers need to buy the land, pay for surveys, apply for licenses, gather the required professionals, etc. As such, a lot of money gets borrowed for property development.

If a developer is unable to complete a project, it’s not only the buyers who lose out. The financial institutions that loaned them money also take a hit; along with suppliers who don’t get paid for materials, and major contractors who end up making layoffs. That’s why one of the first major risks identified from Evergrande was contagion – one major developer default can result in a chain of other companies going broke, or taking significant losses.

On top of that, the failure of a major real estate developer can lead to a loss of faith, causing other developers (and their lenders, suppliers, contractors, etc.) to go down like proverbial dominoes.

As such, even Singaporeans who are not involved in real estate can end up impacted by the industry. Our current situation of developers facing ever-thinner margins is worrying, in light of this. 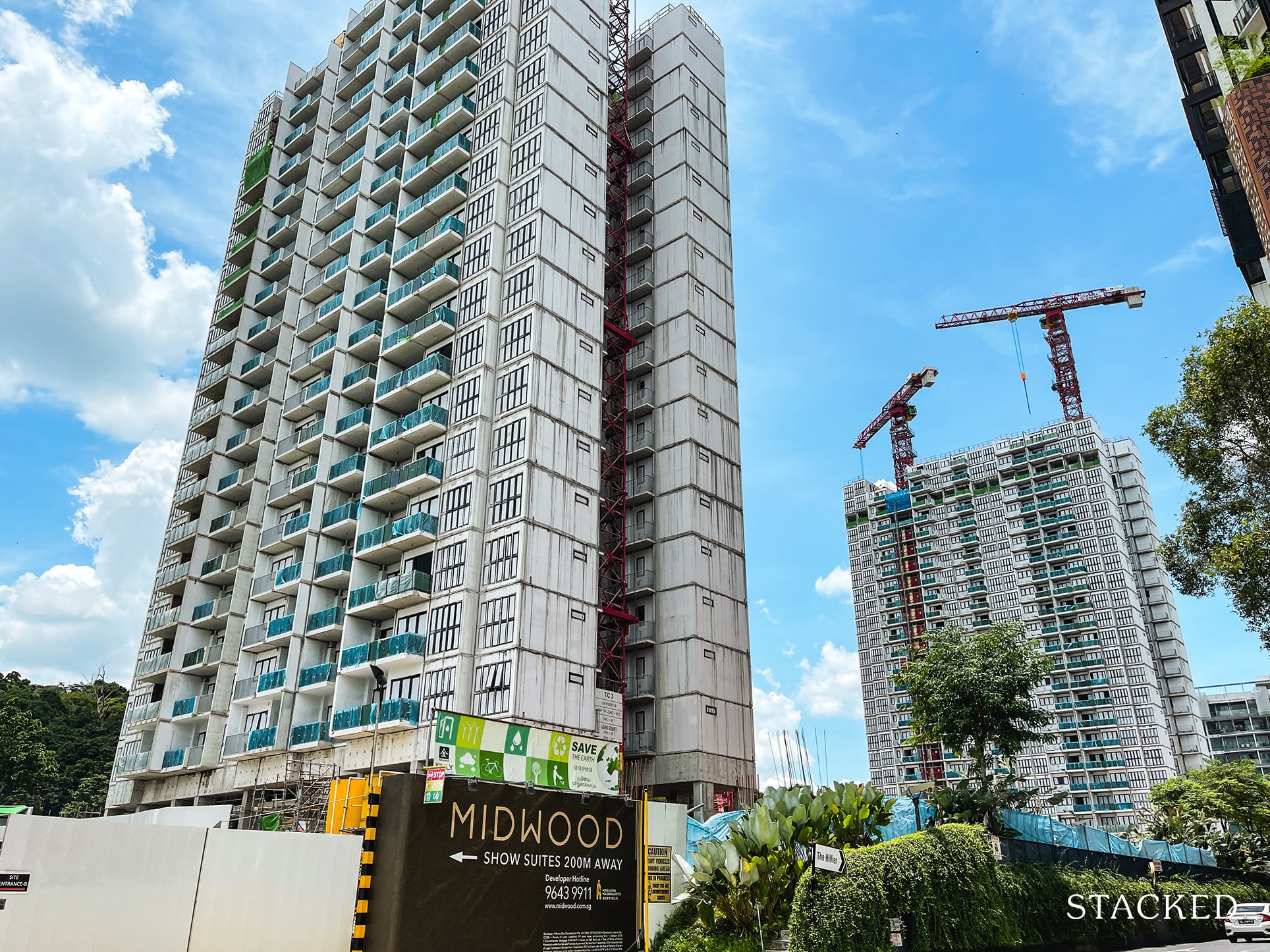 CommentaryBreaking Down The Costs Of Development: Is Property Development Unsustainable In Singapore?

The reaction of the public will also provide a useful lesson; this may be seen as a much-needed rescue effort, or a taxpayer bail-out of irresponsible businesses.

After the subprime mortgage crisis in 2008, China didn’t allow for reckless lending. The government required a minimum down payment of 30 per cent from home buyers (although this has now been eased to revive their property market).

Unfortunately, this alone didn’t help to save China’s real estate market. Loan curbs and controls against over-leveraging worked on the buyer side – but there wasn’t enough control over how developers borrowed. Nomura notes that Chinese developers collectively owe close to US$5 trillion, or about a third of China’s GDP.

Now in Singapore, the minimum down payment for home buyers is 25 per cent, and loan repayments cannot exceed 55 per cent of a borrower’s income. This is a good safeguard against borrowing too much; but while we’re busy shoring up rules to prevent over-leveraging among buyers, we shouldn’t lose sight of how our developers are borrowing.

We may find some good lessons in observing China’s three red lines system, and seeing how it pans out. Developers in China need to meet three criteria if they want to borrow more money the next year:

The fewer criteria a developer meets, the lower its permissible annual growth in debt. Here’s how it would play out:

The three red lines system is late – it was put in place in 2020, whereas forced deleveraging of the country’s developers should have come much earlier. Nonetheless, if the system works, it can provide an interesting template with which to regulate developers elsewhere.

For more on the situation as it unfolds, follow us on Stacked. We’ll also provide you with in-depth reviews of new and resale properties alike, so you can make the most informed decision.