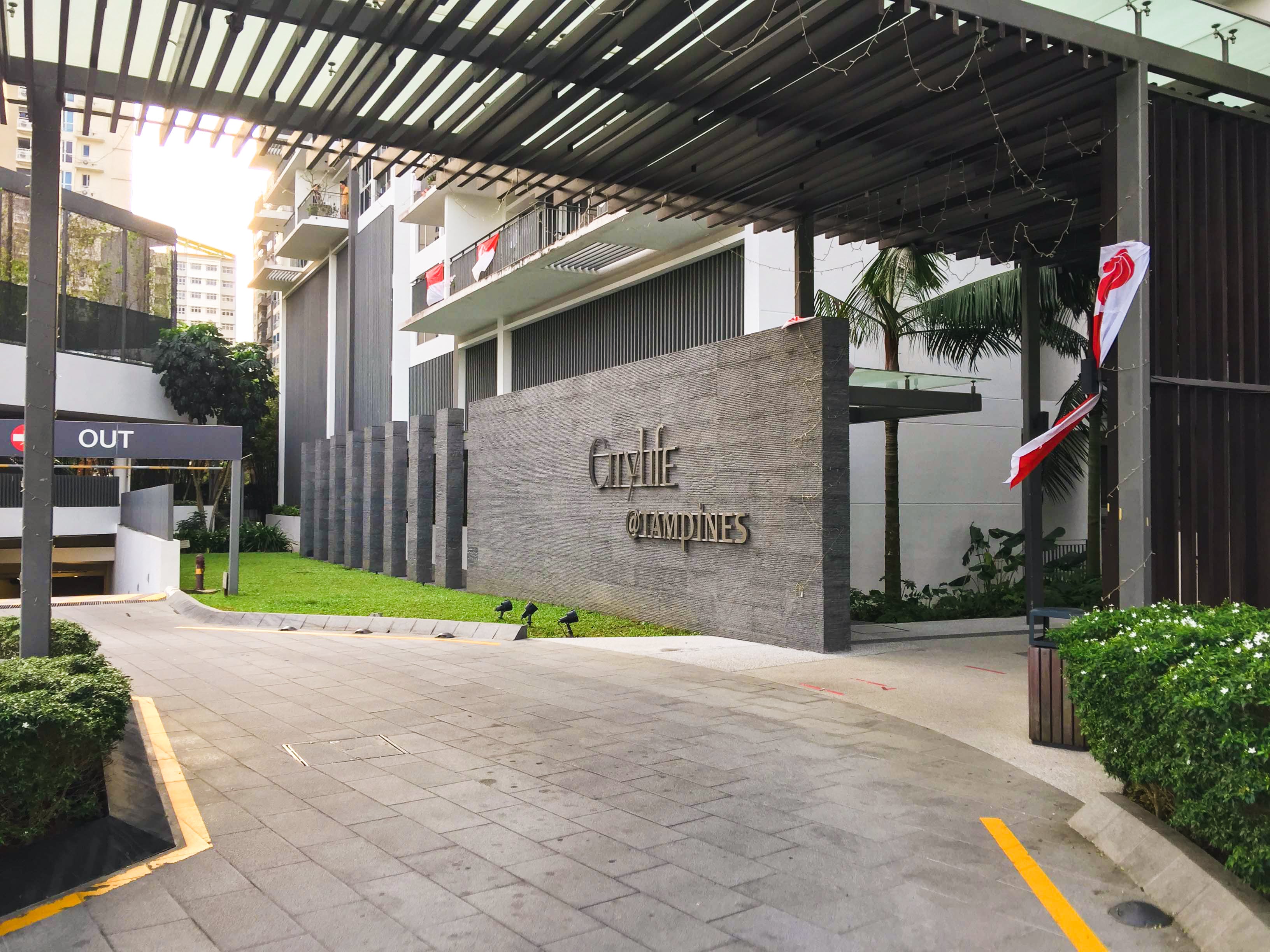 Having viewed a number of ECs in the last few weeks, it seems that the developments with a fewer number of units (lower-density) generally tend to be older ones. More recently-built ECs tend to have a larger number of units, which one would assume to mean living in more cramped surroundings.

Happily, I’ve found that with good architecture and urban planning, a higher-density condo can still feel very spacious and not crowded. Hence, I decided to extend my search from ECs with under 400 units (and duplex units of over 2000 sq ft) to all the ECs with over 400 units that were built before the government restricted the maximum EC unit size to 1722 sq ft.

To aid anyone else who happens to be in the same boat as me, I’ve compiled a quick overview of all 27 such ECs in the table below (the 9 ECs that have duplex or dumbbell-layout units of over 2000 sq ft in size on sale at the time of writing have been highlighted):

I decided to view Citylife @ Tampines first as it’s infamous for large units & the long house hunt has made my Mom and I realise that 1 of our top priorities for our new home is more space. (An older friend once told me that the more units you view, the better you’ll understand your living requirements, and I’ve found this to be very true – each viewing has helped me refine my idea of my ideal flat just that little bit more.)

To be honest, I wasn’t overly optimistic about this EC at first. A life-long West-side-living Singaporean, I’d been toying with the idea of trying something new and moving East till I visited The Esparis. I found the drive there a pain and the developments very closely built together. (I spoke to a friend who works in logistics and was told that Pasir Ris is always jammed due to the cargo trucks on their way to the airport, so the congestion I experienced wasn’t a one-off!)

Thankfully, I didn’t have any such issues with Citylife @ Tampines. The drive was pleasant and the area around the development was surprisingly open. There is the 9.6 hectare Sun Plaza Park next to Citylife@Tampines, as well as green fields, the Trilliant (another EC), and the ubiquitous (in Singapore, at least) construction site. (I understand from the agent that the government is building some BTO flats nearby.)

If you’ve been following my house hunting series, you’ll realize that I’ve viewed a couple of ECs now and Citylife @ Tampines is by far the “poshest” of the lot. (For one, I had no problems with the turn-in, the car park, or the lift, unlike when I viewed The Pearl @ Mount Faber and Windermere!)

So I wasn’t surprised to read that it was billed as a “luxury hotel-style” development, with over 90% of the units selling out within 2 days from launch (the developers apparently received over 1800 applications for the 514 units). I’d say they definitely delivered on their promises! If you’re wondering why Citylife was so popular at its launch, Tampines traditionally has more HDB estates than condos. Moreover, most of the condos in Tampines are closer to Bedok Reservoir, etc, and there is quite a limited selection of condos within the vicinity of the town centre and MRT. There also aren’t many residential plots of land left in this area, according to the URA Masterplan. 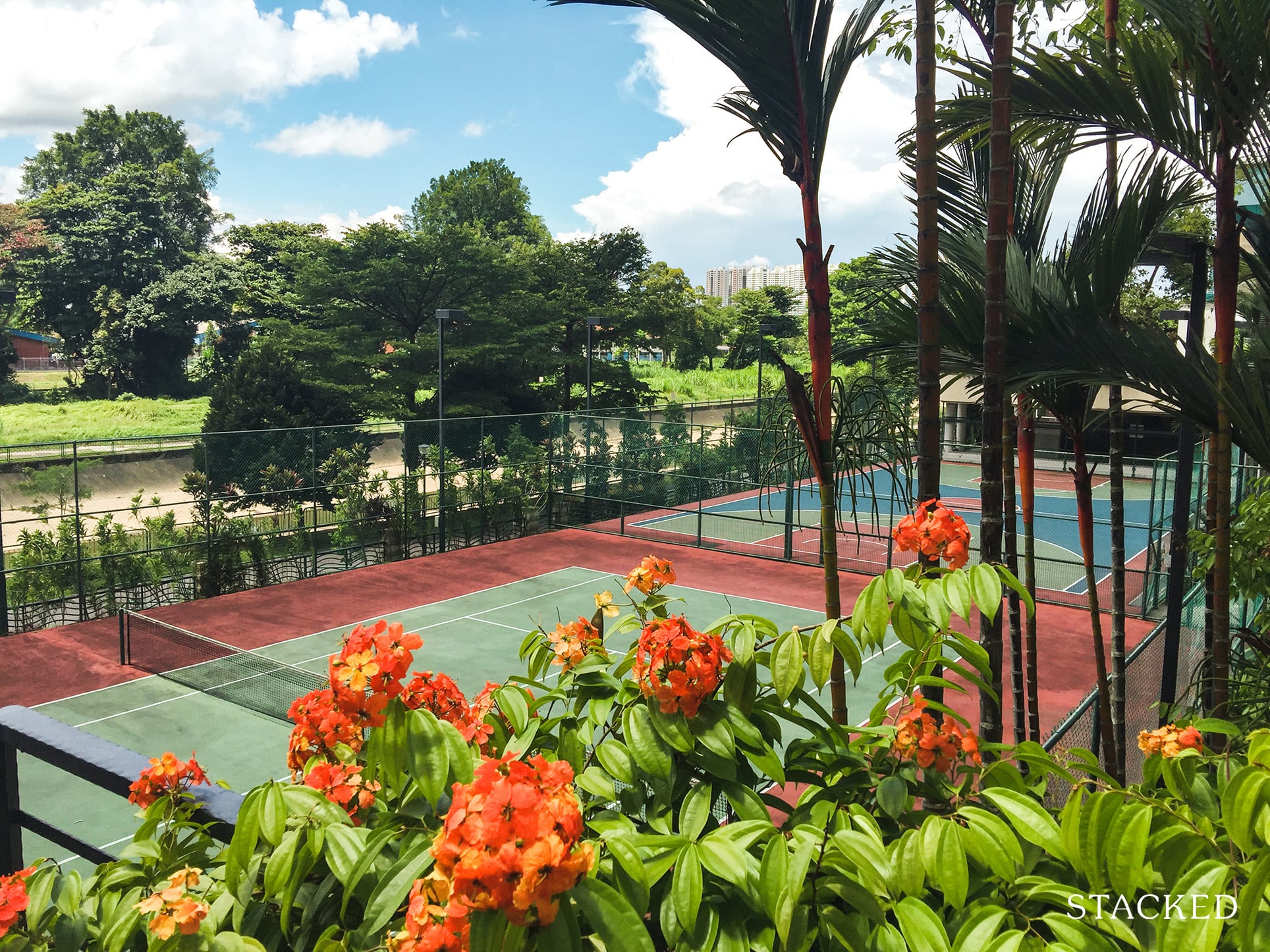 Do note that The Trilliant, another EC which MOP-ed about 1 year before Citylife @ Tampines, is right next door, so you may want to compare the prices of both developments if you’re looking at things from an investment perspective. In my opinion, the facilities and landscaping at Citylife @ Tampines are much nicer!

Of the 514 units at Citylife @ Tampines, 16 are penthouses: some are duplex units with bedrooms on both floor, whilst others are duplex units with a dumbbell layout on the first floor and pure open terrace on the upper. (I viewed 1 of each type. There are also dual-key units that some multi-generational families may prefer but I didn’t view these as the extra kitchen would be a waste of space for us (my Mom has yet to master the art of anything more than boiling water and making coffee!)

(FYI there’s usually a price premium for dual-key units as well.) Both offer multi-generational families the privacy they require for harmonious living: in fact, I watched an old news feature on YouTube in which the developer said that they specifically built super large units to allow for 3 generations to stay under 1 roof.

Despite being 1 of the condos with the largest number of units that I’ve viewed to date, Citylife @ Tampines didn’t feel densely populated at all. I took a tour of the entire development and there weren’t many people using the facilities or walking around the grounds, despite it being a weekend.

Fun fact: (according to the agent who showed me around) developments in East Singapore are mandated to be under 15 stories due to the planes flying overhead – this helps mitigate the effects of high-density developments as you won’t be sharing your lift with so many people. (I had the lift all to myself on all my journeys.) Moreover, although Citylife @ Tampines borders other high-rise developments (the Trilliant, for one), the developer has thoughtfully planted bamboo trees along the fence and paths, providing more privacy as well as a beautiful and shady place to walk along during the day.

Nonetheless, my house hunt has not come to an end as the dumbbell unit that I viewed had too much space devoted to the roof terrace (50% – I like a large balcony only when I have enough interior living space!) and the owner of the duplex unit only allowed me to view half the flat! I’m not sure about you, but I need to see the entire place before handing over millions of hard-earned $$! I’m wondering if some people don’t though as this isn’t an isolated viewing incident: previously, I’d viewed a unit only to find out after the viewing that what you see isn’t what you get. Apparently, the owner had made some illegal (i.e. non-MCST approved) changes to the flat that she was planning to take down before handing over the flat to the buyer. However, you don’t actually get to see the final version of the flat till after you’ve bought the flat. (And I wasn’t even told about this till I asked a question and the topic came up! I won’t bore you with the long list of my weird viewing experiences but, to me, such seller behaviour is symptomatic of how hot the Singaporean property market is at the moment!)

I’ll keep an eye out for new listings at Citylife @ Tampines but, in the meantime, have scheduled several more EC viewings which I’ll share with you next week!

What’s not so good:

See you again next week as I continue on my elusive house hunt!

Was considering resale ECs like this but most real estate agents I spoke to say that it’s hard to make much capital appreciation as the original owners bought at much lower prices?

Hey! It’s more of that resale ECs don’t have any specific advantages over other private condominiums as it’s based on market rate, not the subsidised rate that first owners purchased it at. Whether it continues to appreciate more than others or not just depends on factors like transformation in the area like an improvement of amenities, or transport nodes and so on.