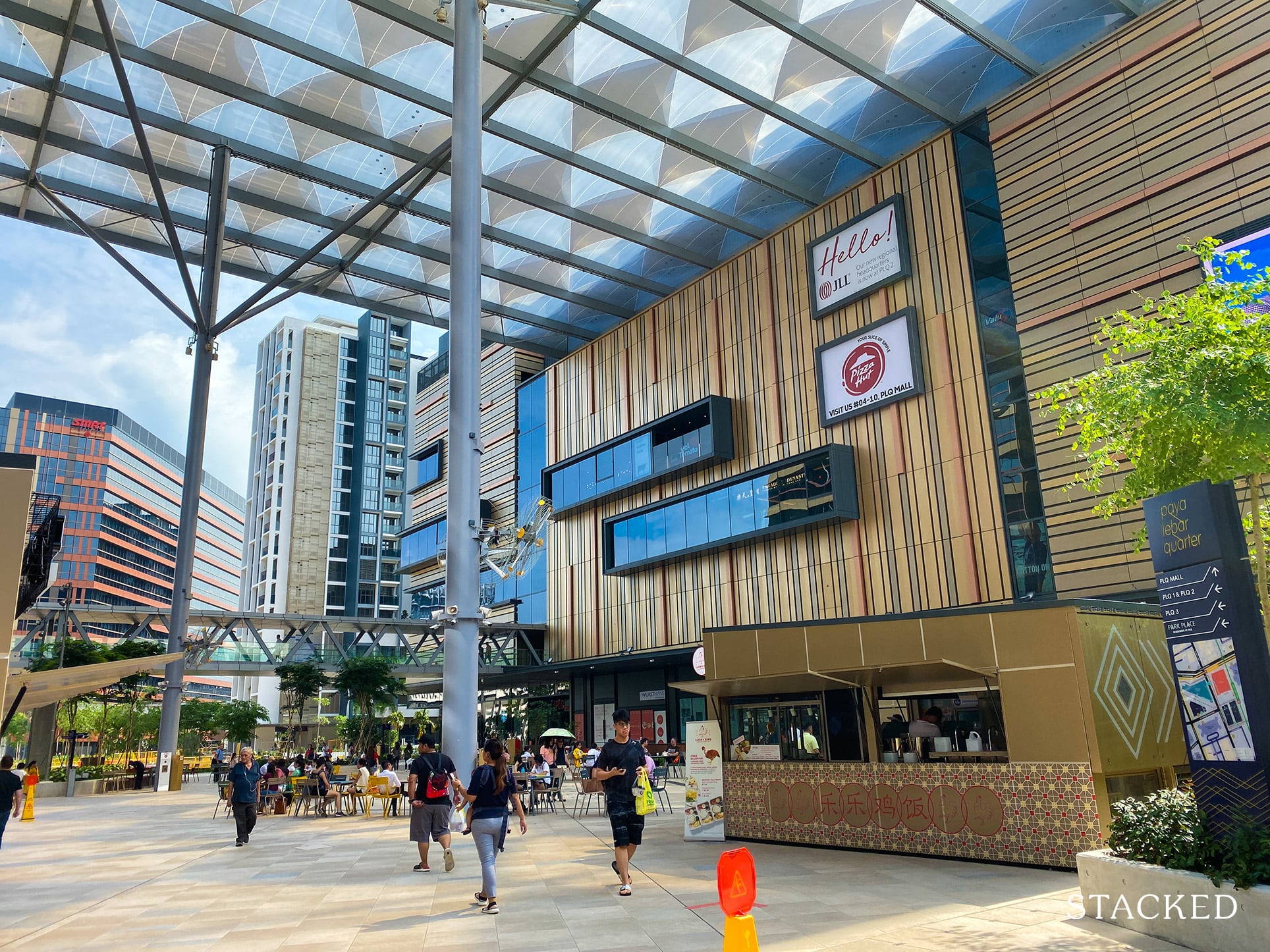 Paya Lebar Quarter (PLQ) has turned the area into a new commercial hub, and a major property hot spot. Unfortunately, it may be tough for a new investor to get a piece of the action now; prices in Paya Lebar have soared over the past few years, and seem set to go higher.

If you are looking for the ultimate rental yields, here are the top 20 that we’ve found currently:

While some of the yields are attractive (for Singapore at least), the realities are that some of these are not the closest to Paya Lebar Quarter. We also wanted to discount those that were between Geylang Lorong 8 to 24 – mainly because of the red light district and possible financing issues.

There are still some alternatives however: we found some condos that are within one kilometre of PLQ, but still have prices under $1.4 million. If you’re looking to invest in Paya Lebar, here are the ones with the current top gross rental yields:

The Paya Lebar MRT station is located at PLQ, so the distance from the development to PLQ (indicated in the profile) is also roughly the same distance to the MRT station.

Most recent transactions below $1.4 million

Sims Residences is next to Sims Dorado and D’weave (see below). While this condo is getting on in years (19 years old at the time of writing), it’s still one of the best kept secrets between Geylang / Paya Lebar.

On the surface it’s unremarkable – but if you walk a short distance down Lorong 39, you’ll run into a huge stretch of eateries (some open 24 hours), convenience stores, and minimarts. There are even three supermarkets within 500 metres of this development: the FairPrice at Lorong 8, and the Giant outlets at Tanjong Katong Complex and Paya Lebar Square. This is in addition to being just a few minutes away from PLQ’s malls, and also KINEX mall.

It’s also worth noting the size of the units here. Being an older condo, the three-bedders are huge, averaging 1,184 sq. ft. That’s not an easy size to find for under $1.4 million these days.

The drawbacks to Sims Residences and its neighbours are noise, and the densely built-up area. There’s a place of worship nearby; and Sims Residences, Sims Dorado, and D’weave are tightly packed together – it can feel quite enclosed.

It often surprises viewers to learn that Astons Mansions is a Far East Organization project, as it doesn’t have the grandeur associated with their work. To be blunt, the route into Astons Mansions – all the way at the end of Lorong 42 – is unappealing; you have to turn into a street between a hodgepodge of stainless-steel supply shops, housing accessor shops, shady looking KTVs, etc.

(As a trade-off, there’s a good coffee shop right around the corner where it turns into Astons Mansions).

Astons Mansions itself still looks decently well-kept, especially for a condo of 22 years; it’s just unfortunately at the end of a, well, grubby street.

If you can overlook this, Astons Mansions is well-priced for a condo so close to PLQ. The units here are huge by today’s standards: the two-bedders average 1,012 sq. ft., while three-bedders range from 1,141 to 1,195 sq. ft.

The pool and tennis court are pristine for a condo this age, although they’re all in one corner rather than being in the middle (the four stacks clustered around the facilities are clearly better located, compared to the ones near the entrance). 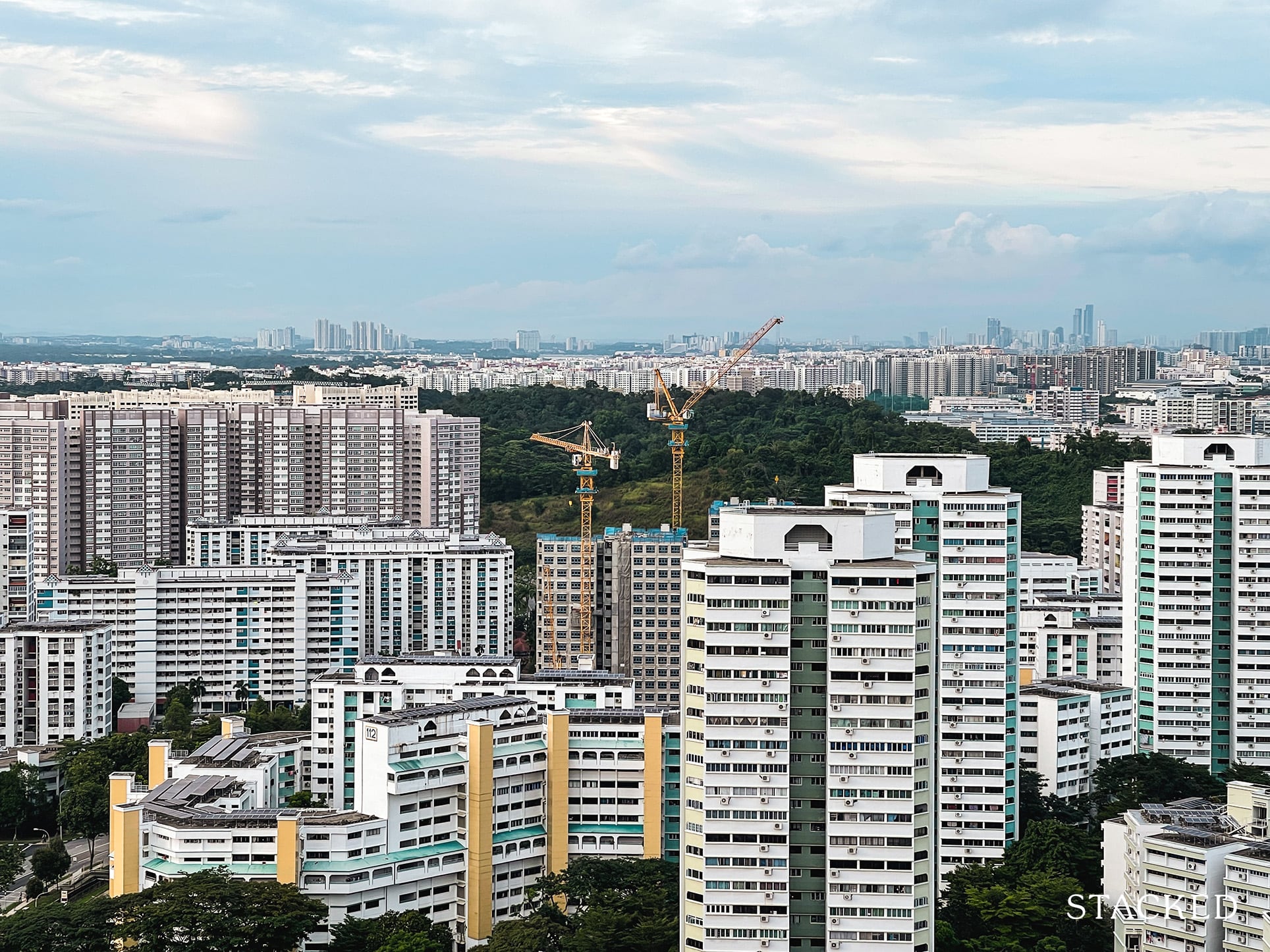 Sims Dorado is across from Sims Residences (see above), so location wise the two are comparable. However, there are some big differences.

First, Sims Dorado is a truly tiny development, with only 35 units. It doesn’t have the full suite of condo facilities like its neighbour; you get a pool, and that’s mostly it. Second, Sims Dorado is a freehold development. This makes its advancing age (13 years old at the time of writing) more palatable than Sims Residences – it is after all, freehold too.

Overall, this is an alternative for buyers who want a longer-term investment, as Sims Residences is getting on in years. However, the low number of units translates to low transaction volumes; and the small number of units doesn’t fully relieve how densely packed this area is.

SimsVille is probably the best-known rental option on this list. It’s simply the largest and most noticeable development on the list (522 units), and quite a few people can identify it as “that condo facing the MRT tracks”.

The two-bedders will probably be the main draw. These units barely cross the $1 million mark; but at 980 sq. ft., they’re still sizeable enough for smaller families (for reference, a 4-room flat averages 968 sq.ft). As such, even home buyers might be interested, if they’re willing to overlook the age.

What some buyers may not like is how, as we mentioned above, this condo is close to the MRT tracks. That can result in some noise pollution, although that should always be expected with a centrally and conveniently located spot. Also, do note that there’s a place of worship nearby (although tenants we spoke to barely realised it, so it’s safe to assume it’s quiet).

In total, there have been 18 profitable transactions and no losses so far.

D’weave is the newest property on this list, completed only in 2014. It’s also a boutique freehold development, with only 71 units. Location wise, it’s comparable to Sims Residences (see above), as it neighbours both Sims Residences and Sims Dorado.

As with most small developments, facilities are spartan: a single pool, gym, and a small BBQ area. However, D’weave is noticeably newer than its two neighbours on this list, and wins out in terms of façade and initial impression.

Despite its young age, units are still quite large for their price point. To put this in perspective, D’weave has 3 bedroom units sized at 893 sq. ft that are under $900,000. Just minutes away, at Park Place Residences, a 667 sq.ft. leasehold unit would cost you about $1.35 million.

As such D’weave has become a price-driven alternative, for investors who want a foot in Paya Lebar without paying newly risen PLQ prices.

D’weave shares some of the same drawbacks as its two neighbours though; it’s facing a narrow road and solid walls, making it feel very enclosed. It’s also the closest to the place of worship.

PLQ has been a game changer for these older Paya Lebar condos, which are still finding their place in the new scheme of things.

Tenants, investors, and home buyers are all beginning to look at the fringes of Paya Lebar – places where prices have yet to rise to astronomical levels, but where PLQ facilities are close by.

The success of Parc Esta and Penrose, for instance, can be traced to Paya Lebar’s transformation. The older condos on this list are within walking distance of PLQ, so it’s unsurprising they’ve come on the radar again. It helps that PLQ has over a million square feet of lettable office space, providing plenty of prospective tenants.

For more on properties in hotspots, follow us on Stacked. We’ll provide you with the most in-depth reviews of new and resale properties alike, as well as the latest news on the Singapore private property market.

I think some of your lors in this post were incorrect. D’Weave is lor 39. SImsville address is 2 Geylang East.

Hey Sebastian! Thanks for pointing this out, we’ve made the necessary changes! 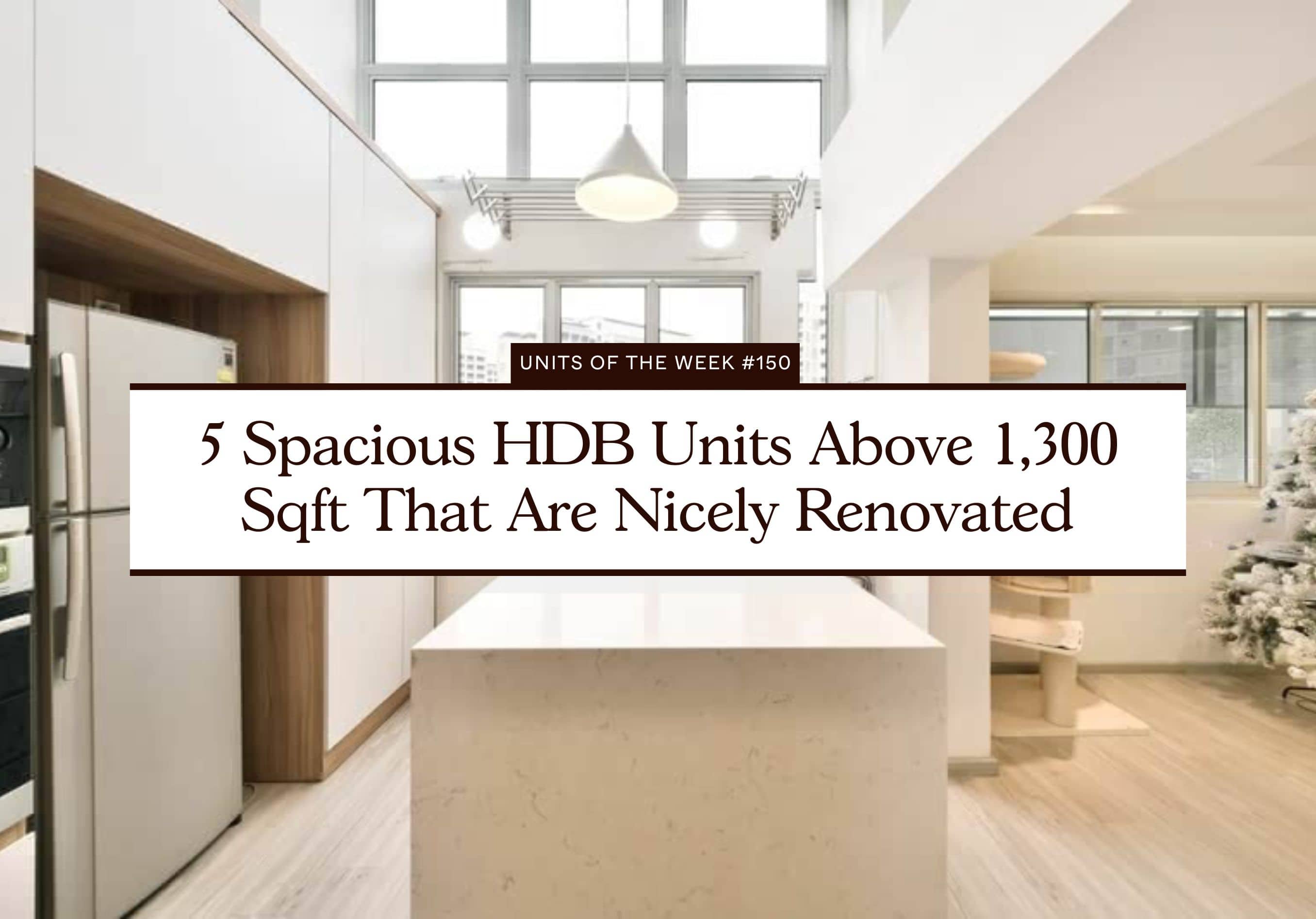