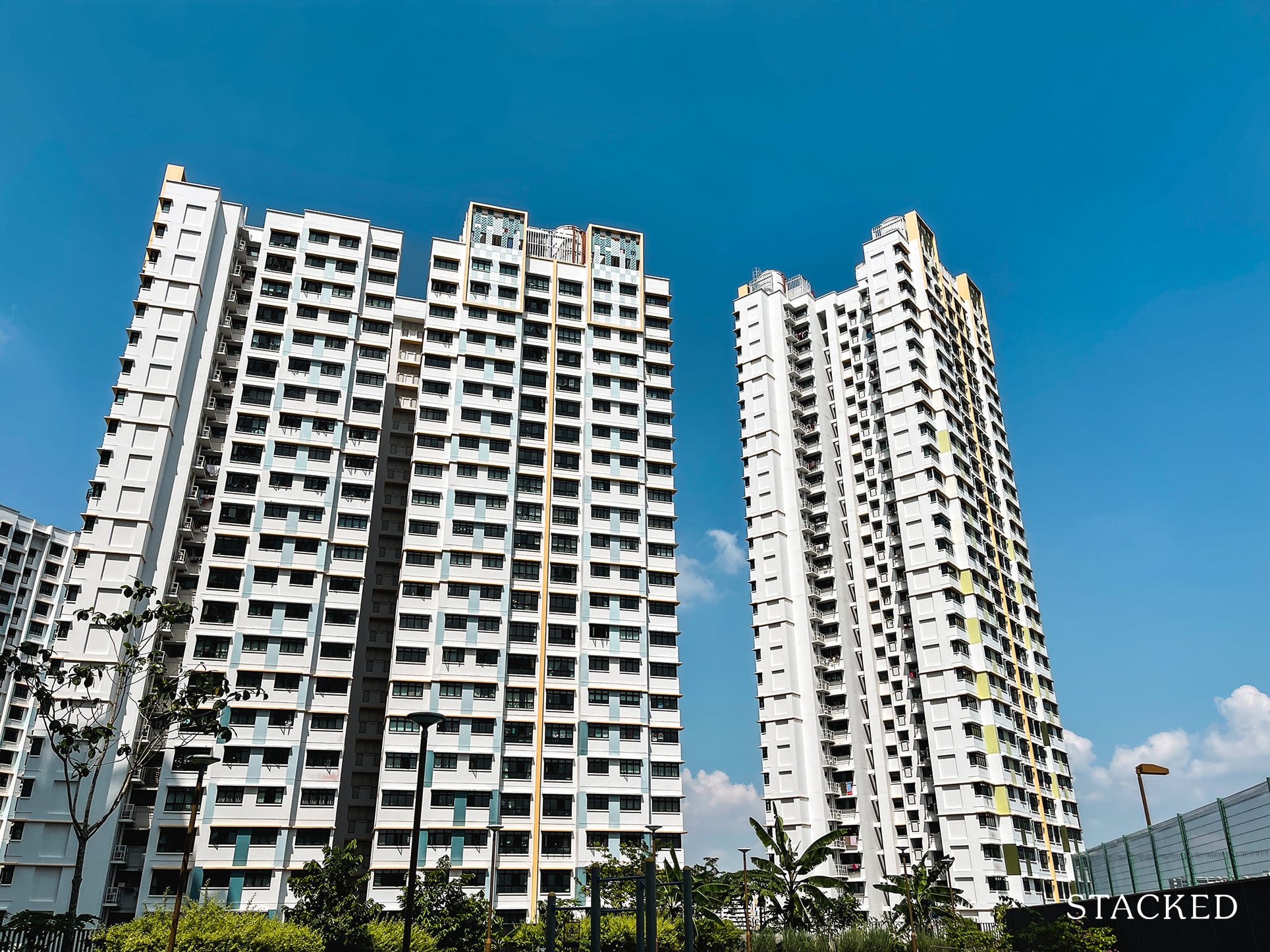 Cash Over Valuation (COV) can be a real headache for resale flat buyers, as it’s not covered by your bank loan. COV started falling sometime in 2013; and for the past few years, zero COV had become a norm. So why is it on the rise again, and how will it affect resale flat buyers in 2021? Here’s a look at the situation:

In addition, the Buyers Stamp Duty (BSD) is based on the higher of the price or valuation; so COV also means higher stamp duties.

What has the Ministry of National Development (MND) said about COV?

On 5th July, MND provided a written response that said one in three resale flat buyers now pay COV. This is up from one in five buyers, back in 2020. This is a significant jump in a period of just around a year. However, the same response said that median COV stayed at $0, with the majority not having to pay it.

The last COV peak was around 2011, when median COV reached $38,000. This was sharply reversed in 2014, after the government implemented new rules. The system was changed so that buyers and sellers had to agree on a price first (which means putting down the deposit for the flat), and the actual valuation would only be revealed later.

In addition, HDB stopped publishing data on COV rates; other than word on the ground, or data independently collected from real estate firms, there’s no way for the public to check COV in any given area. (We have collated a regularly updated crowdsourced HDB COV database though, which might go some way to help).

Zero COV became a norm shortly after the new rules, and this remained the case up till recently.

Realtors expressed the likelihood of COV rising further, in light of the pandemic

According to realtors on the ground, COV is creeping into even non-mature estates, such as Punggol and Yishun. One realtor remarked that:

“Previously you would expect to pay COV only for certain types of HDB flats, like rare maisonettes, or only in the most mature areas like Queenstown, Bishan, and the Central area.”

The presence of COV in non-mature towns was attributed to a sharp rise in demand for resale flats. Realtors said this was partly due to the fear of delays in BTO construction, which could last six to nine months. However, a more pressing need comes from the normalisation of Work From Home (WFH) arrangements. One realtor noted that:

“Some buyers have an urgent need to move to their own flat now, because they find there’s not enough space to work from home; with children crying, or siblings also trying to work or study from the same room, the atmosphere is quite disruptive.”

Realtors also pointed out that, just this week, some BTO flat buyers have been given the choice to opt out without penalty. This is for those who cannot wait out construction delays. The usual penalties for backing out, such as the loss of the deposit, or a one-year waiting time to apply for a new flat, will be waived.

It’s plausible that some buyers may back out and opt for a resale flat instead. This will increase the existing demand, and could contribute further to COV rates in desirable estates.

Another opinion ties the return of COV to the recent surge in upgrading, and sellers trying to compensate for negative cash sales

The bulk of condo buyers in 2020 and 2021 have been HDB upgraders. For this group of buyers, one of the biggest challenges is a negative cash sale. This is when a buyer is forced to refund the entirety of their flat sale proceeds to their CPF (e.g., having to refund $400,000 to CPF, when you only sell your flat for $370,000). 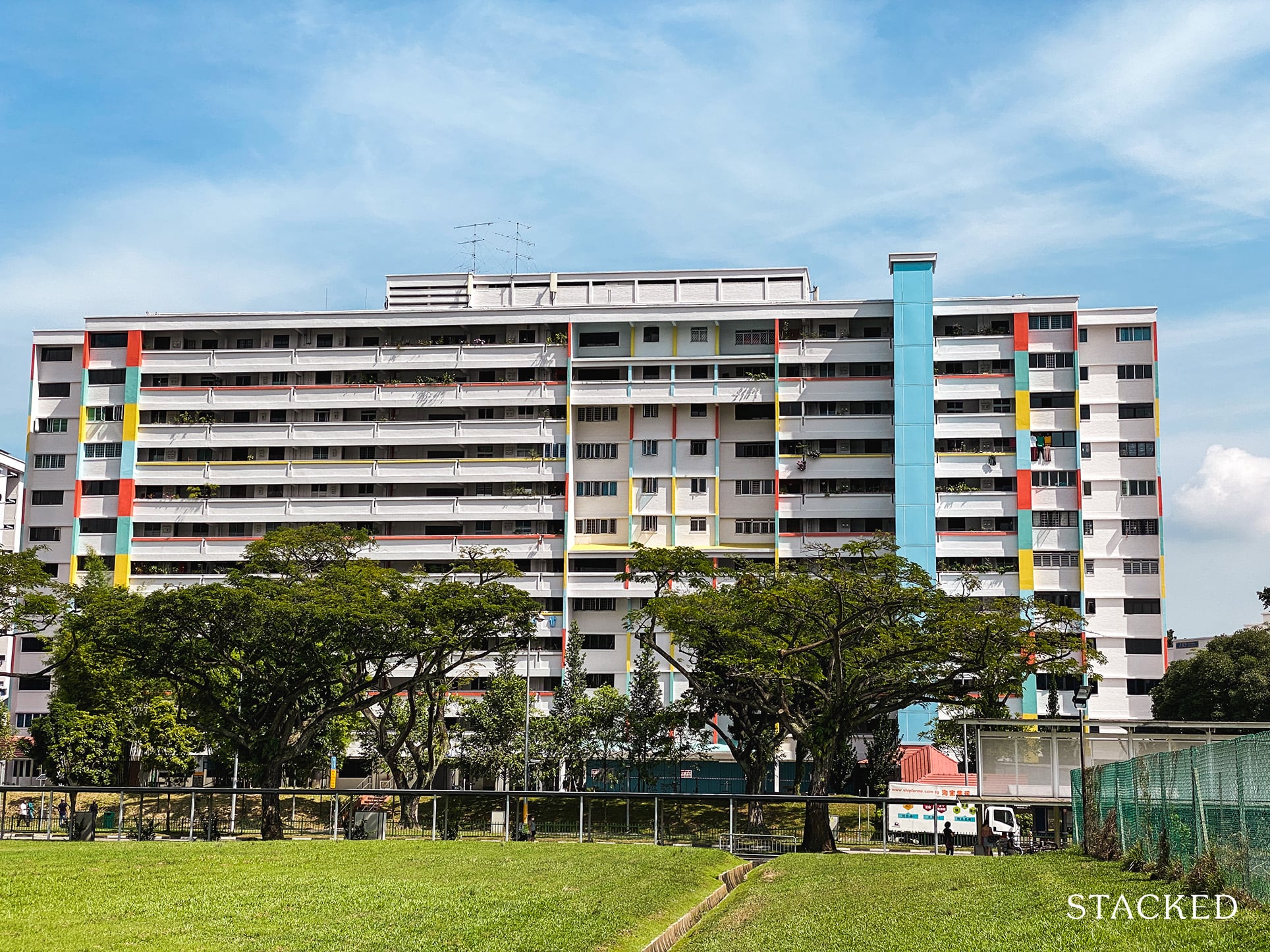 Selling6 Tips To Maximise Your Profits When Selling Your HDB Flat

While CPF can be used to buy the next home, a private bank loan requires – at minimum – five per cent of the property purchase in cash. This comes to around $75,000 to $85,000 for most mass-market condo purchases, which hover at the $1.5 million to $1.7 million mark.

Some realtors pointed out that sellers want to take advantage of the strong demand, and often push for above valuation rates, to compensate for negative cash sales.

Even without negative cash sales, the surge of upgraders means many sellers are pushing for higher prices. This is to ensure they can afford the switch to private properties, in a market where condo prices are also rising.

How are overall prices in the HDB resale market affected?

HDB resale prices have now risen for 12 straight months, only dipping in June. Even so, note that the fall in June was due to a temporary return to Phase Two (Heightened Alert), during which home viewings were restricted.

The average resale flat price, across Singapore, was $419 psf in June 2020. It has since risen to $485 psf. For a more detailed look dating to Q1 this year, check out our previous article.

We’ve also seen a record-number of million-dollar flats (87 in the first five months of 2021). These will invariably add to the count of flats that are sold with COV; and their number is likely to climb before the year is out.

Your chances are still fairly good. After all, two-thirds of buyers still get away without paying it. However, it does make things a bit tricky, when the actual valuation is only revealed after you agree to the price.

For this reason, we suggest looking for property agents that have made recent transactions in the same block or neighbourhood where you want to buy. If they’ve just closed a deal there, they’ll have a better sense of what the “right” valuation will be.

You should also note that demand is currently highest for the biggest resale flats. You stand a much higher risk of paying COV if you want a 5-room or executive flat; so do set aside additional savings.

Follow us on Stacked for updates as the situation develops, and for in-depth reviews of new and resale condos alike. If COV rates have made you uncertain of the right sale or purchase price, you can also drop us a message, and we can help you out.