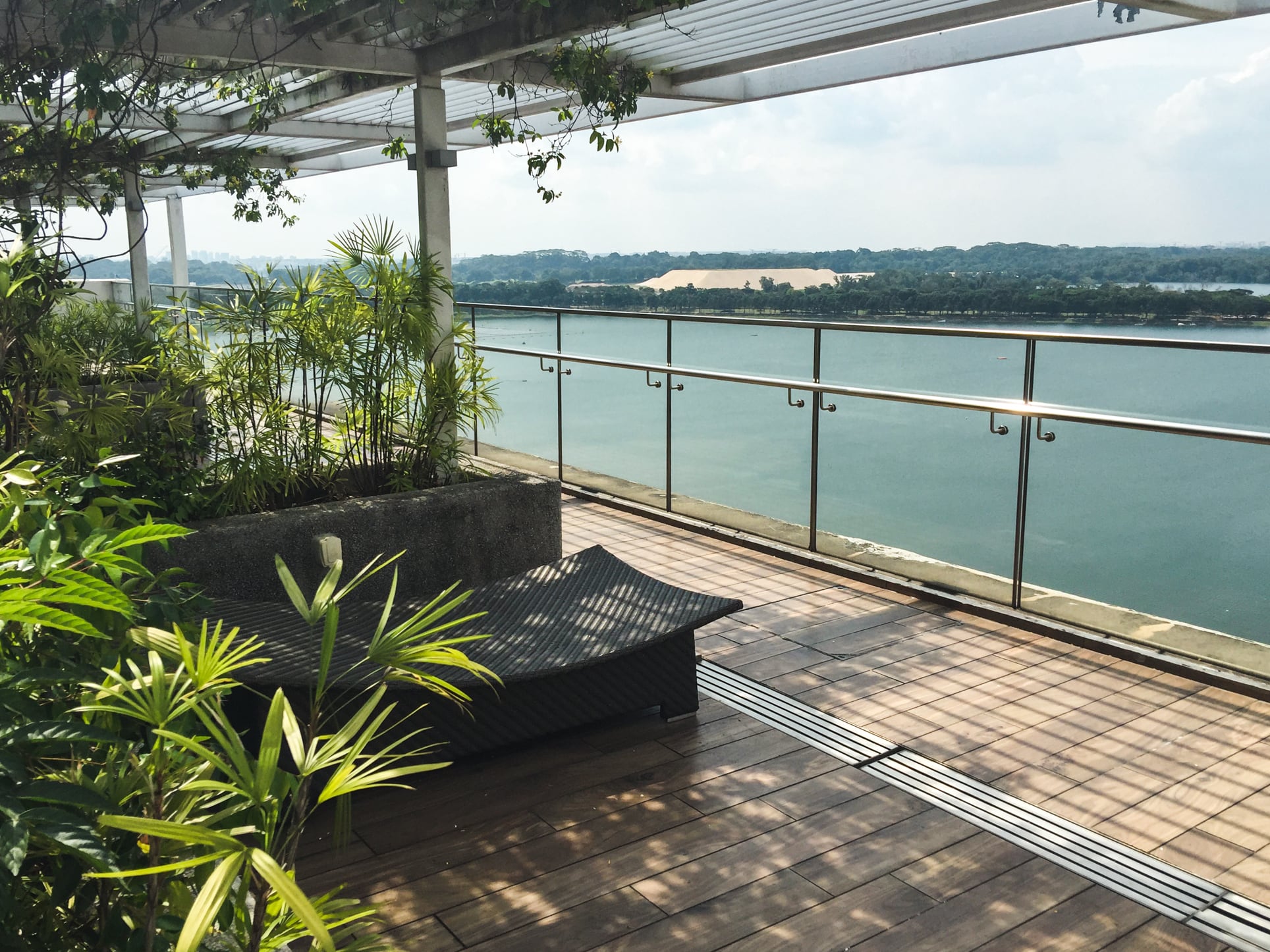 With all the time we’re spending at home thanks to COVID-19, I had briefly entertained the idea of moving to Sentosa when prices fell below the Singapore mainland. Gorgeous views, low-density housing, a closely-knit community (according to online reviews), and a serene environment would make staying home every day feel like a permanent vacation, in my opinion!

After doing my research and viewing several flats, I sadly decided not to move to Sentosa, although it’s not because I find living there inconvenient (which is what most generic property articles say about living on Sentosa. If you’d like to hear more about my reasons, do leave a comment below!)

Nonetheless, I still love the idea of living by the water – it’s very calming, scenic, and supposedly good for one’s health too. Hence, when I saw the EC Heron Bay and realised that there are many other options besides Sentosa for a waterfront lifestyle in Singapore (more affordable to boot too!), I then decided to explore these developments in my next few articles.

Now, there are waterfront views (meh views) and then there are Waterfront Views (surprisingly picturesque, for Singapore, and hence the italics). Many affordable waterfront properties in Singapore fall in the former category, in which the water views are unimpressive and somewhat undistinguishable from a large drain, such as One Canberra, which I reviewed last week. (No offense to anyone living there!) This, however, is not the case with Bedok Reservoir, which is so expansive that I would boldly say the open water views are almost comparable to those of Sentosa. There are generally 3 spots along Bedok Reservoir where you can find developments with waterfront views:

The youngest of the Waterfront condos at Bedok Reservoir, the 15-storey Waterfront Isle also has the most number of units (Waterfront Gold, for example, has 200 fewer units! Some sites say that Waterfront Isle has 561 units but the Frasers website stated 563 and I assume the developer knows best.) There are 4 units per floor, but only 2 units on the penthouse level. I must say, the penthouse at Waterfront Isle (which has a dumbbell layout) certainly makes a good first impression – just look at those double entrance doors! Even the penthouses that I’ve seen at Robertson Quay (traditionally a rather expensive area to live in Singapore) don’t make as much of a statement!

In summary, I really liked Waterfront Isle but would like to see more waterfront developments to gauge what the baseline competition is like so see you again next week!

Try checking out the vision near west coast

so why did you opt against sentosa cove?