Resale HDB Ultimate List Of 23 HDB Executive Maisonettes: Location, Price, Size, And Are They Worth Buying? 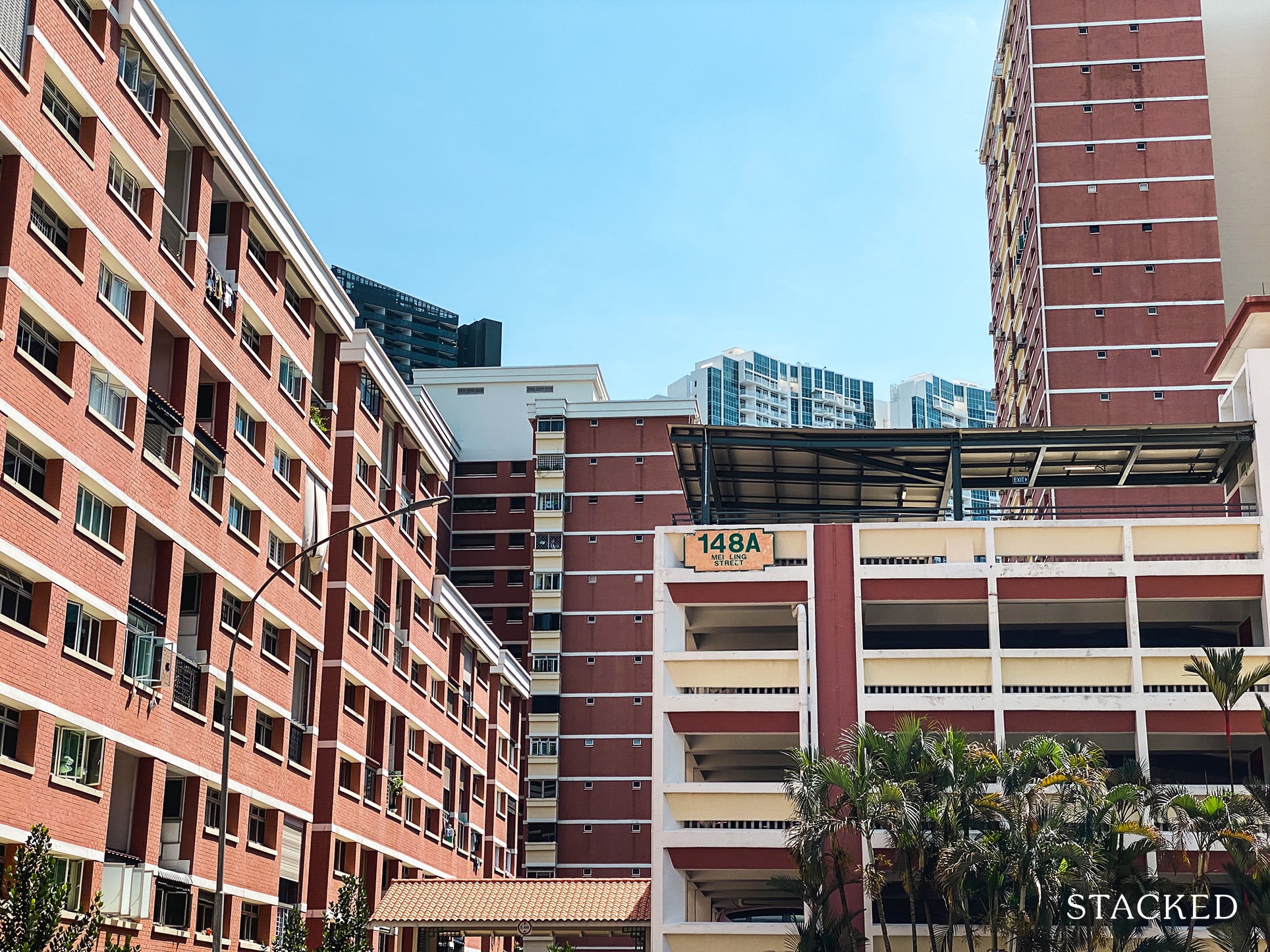 HDB executive maisonettes or, as we’re fond of calling them, the “penthouse of public housing”, are full of mystery. You probably know that among all the different segments of HDB housing, it’s executive maisonettes that tend to become million-dollar flats. But if you’re like many Singaporeans, you’ve never even seen one; let alone know where you might buy one. This week, we’ll shed some light on where these units tend to come from; and whether they’re worth the hefty price tag:

Where are HDB executive maisonettes found, and how much do they cost?

The first maisonettes were the 5-room Model A maisonettes, built for only a year between 1983 and 1984. While the rarest, there’s little actual difference from later maisonettes besides the name.

(The term “5-room maisonette” often causes confusion, but it just refers to this older batch).

Later maisonettes, referred to as Executive Maisonettes (EMs), were built all the way up till 2000.

While most executive maisonettes average about 1,540 sq. ft., the largest in Singapore are found in Bishan, Choa Chu Kang, Queenstown, Hougang, and Pasir Ris; of the lot, Pasir Ris is the only town in Singapore where there are entire HDB blocks consisting of nothing but four maisonettes (Pasir Ris Blocks 539, 542, and 545).

We’ve compiled a list of recorded transactions for HDB Executive Maisonettes across various towns dating all the way back from 1990. That said, there are transactions that are not on public record and thus would not be reflected here.

Is it worth buying a maisonette?

The answer will vary for each buyer; but we can get a clearer picture by going over the following factors, and weighing how important they are to you:

1. The value of more space

A regular HDB flat, even a 5-room unit, won’t reach up to 1,540 sq. ft. So if you really need that much space, your only other alternative is to look in Singapore’s private property market.

In this context, you can see why some buyers would willingly pay $1 million for a maisonette; even if it’s a 30+ year-old HDB property. There are few other ways to get so much living space in Singapore, at so low a quantum.

Buying a maisonette often requires a larger cash outlay, and financing can be tricky.

For starters, a maisonette almost always involves Cash Over Valuation (COV). This is the seller’s asking price, above HDB’s official valuation of the property; it cannot be covered by the home loan.

While COV prices are no longer published, agents on the ground have mentioned that maisonettes can sometimes involve six-digit COV numbers. In fact if you go back to 2014, a million-dollar maisonette in Bishan famously involved a COV of $250,000. While COV is unlikely to be so high today, you should still be prepared to fork out significantly more in cash.

Financing is further hindered by the lease decay found in most maisonettes. If a bank deems a flat to be too old, they can reduce the maximum Loan To Value (LTV) ratio of the home loan. You could, for instance, end up with a down payment of 45 per cent of the flat, instead of the usual 25 per cent.

As such, buyers who are focused on Cash On Cash (COC) return, or who have capital tied up elsewhere, may find maisonettes to be a problematic purchase. 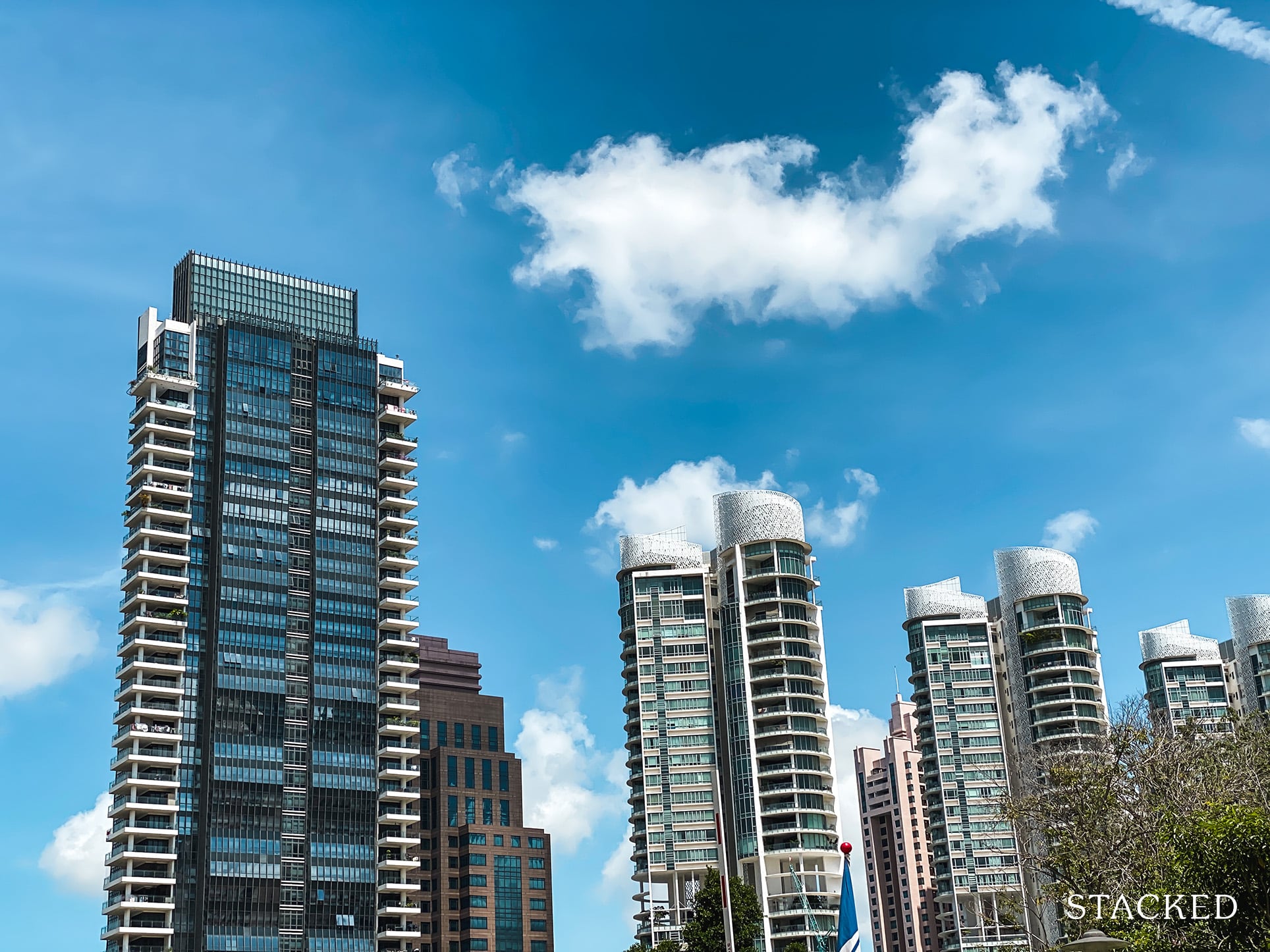 The flat’s lease must last until the youngest buyer reaches 95 years old, and there must be at least 20 years left on the lease. Failing that, the use of CPF monies will be prorated, based on the extent of the remaining lease and the buyer’s age.

That aside, you should consider if the maisonette can last into your twilight years. Remember that, by the time there’s 20 to 30 years left on the lease, it’s unlikely you can still sell the flat for much (if at all); this can narrow your options in later years.

The worst-case scenario is to outlive your remaining lease. This will become a more tangible risk in the coming two decades, as Singaporean society ages and HDB leases run down. Look ahead, not just at the immediate benefits.

4. The role of your flat in retirement

Say you buy an executive maisonette that’s already 33-years old. You live in it for another 15 years, and then try to sell and upgrade.

The problem is by then, the flat only has 51 years on the lease. Whoever buyers it from you can expect little to no resale gains; and this is definitely going to lower the offers you get. Furthermore, prospective buyers may be affected by financing difficulties (see point 3), due to the age of the property.

While maisonettes have seen remarkable price appreciation, bear in mind that many of these date back to the 1990’s – almost all HDB flats saw surges in value back then. A repeat performance is unlikely, as today the emphasis has shifted to HDB flats being homes, rather than fast-appreciating assets.

Take a look at how EM flats have appreciated, based on the earliest data we currently have:

From 2011 to the property heyday of 2013, EMs saw a spike from $401 psf to $677 psf; all in the span of just around two years. But notice that after the last peak in 2013, EM prices never quite regained their momentum; and the downward pressure is only set to increase, as these units get older.

This means that, if your intent is to sell your property and downgrade (using the remaining proceeds to enhance your retirement), a maisonette may be the wrong choice.

While we’re not financial advisors, we can help you work out the likely resale prospects and value (contact us about the unit in question). You’ll want to make sure (1) the future resale value of the maisonette won’t fall short of your retirement goals, or (2) you have other means to support your retirement, and it truly doesn’t matter whether the maisonette appreciates.

If you’re planning to leave a flat to your children, it’s generally better to leave them a newer property.

Bear in mind that, if your children already have a home when they inherit, they likely can’t keep your flat (not unless they dispose of their current home). If you buy a maisonette today, and it ends up having just 20 to 30 years on the lease by the time they inherit it, chances are they’ll have difficulty disposing of it (remember, the prospective buyers may have no financing due to lease decay).

As such, you may be better off buying a newer unit, that still has a longer lease remaining when it’s inherited. Sometimes, a $350,000 4-room flat might do more for your children than an ageing maisonette, for which you forked out over $1 million.

Overall, executive maisonettes are best chosen by genuine home buyers, who don’t need to treat the property as an asset

Maisonettes make the most sense as a comfortable place to live, and nothing more. It’s big enough for extended family, and it’s big enough to live out one’s final years in absolute comfort. In this specific context, a maisonette could make more sense than an equivalent-sized condo unit.

From a strict investment perspective however, maisonettes are challenging. It’s tough to use them as a stepping stone for asset progression, or to expect them to act as retirement assets; this will become more certain as the stock of EMs age. The day is coming, when lease decay will end the reign of maisonettes as million-dollar prospects.

For more on unfolding developments in the Singapore property market, follow us on Stacked. You can also get in-depth reviews on new as well as resale developments on the market.