Property Stories Single, Under 30 And Renting: Why And How These 2 Young Singaporeans Are Making It Sustainable 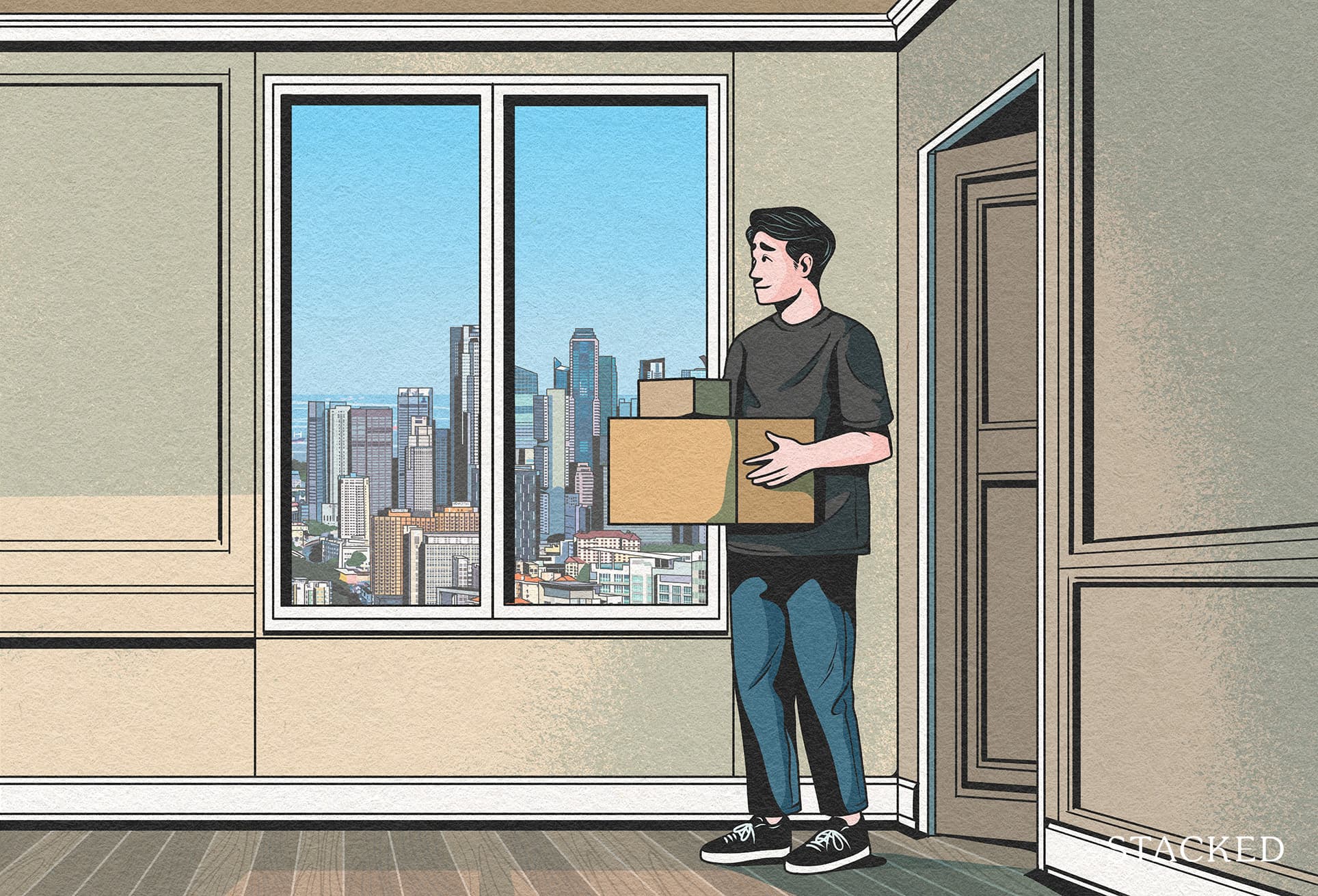 In a previous piece, I explored why we seemed so averse to renting and it was really interesting to see the widely differing opinions on Facebook and Instagram.

It was the clearest indication of the different age groups on these social media platforms. On Facebook, it was made plainly in no uncertain terms that renting is a waste of money in Singapore.

In 2020, Singapore’s Department of Statistics showed that the number of Singaporeans and permanent residents under the age of 35 who are either living alone or away from their parents rose from 33,400 in 1990 to 51,300.

It appears to suggest a trend in young adults moving out.

How and why are these young adults doing it?

For that, I spoke to two friends who had moved out, to find out how they did it.

In January 2021, Adrian (not his real name), a 26-year-old journalist, moved out after returning from his university studies in England. Those 3 years abroad led him to see the value of his independence, but also the cost of depending too much on his parents.

When circuit breaker came, he found himself cooped up at home with his parents. “My parents were strict and controlling and I found myself missing my independence.”

He spoke to colleagues who were also looking to rent. Together with his colleagues, he finally found a place to rent and moved out in early 2021.

His parents were not happy with his decision. They felt that moving out before marriage was a “Western concept”. But Adrian pushed ahead with it.

When I ask about what young adults should be careful of before they rent, his first advice is, “Make sure that you’ve a stable income so that you can meet rent.” He has a fellow housemate who freelances, and has found meeting rent a persistent stress point every month.

For those longing to rent, it seems that having a stable income is a vital part of the equation.

Lishan, a 28-year-old yoga instructor, also sees the value in renting when you can, and not because you want to. When she was previously freelancing, she found rental a drain on her finances. She suggests that a useful gauge is to make sure that rental doesn’t go above 20% of one’s income. This ensures that one is still able to have money to do other things, like save.

Save first, rent after

Lishan directs $1,500 to a unit trust every month. It’s an automatic deduction, reducing the friction for her to save. “This has forced me to spend with the leftovers, rather than with my whole earnings.” It’s also helped her to meet rent, whilst making sure that money is put aside for the future.

For those looking to rent, rental can often be seen as money flushed down the drain. But Lishan doesn’t believe so. During our interview, she quickly observes, “Some people think that buying a house is always cheaper. It isn’t always so. If you bought a $1 million house today, divide it by 99 years, over 12 months, you would still be paying an average of $800 a month. It depends on how you look at it. Some people think you’re buying a house, but you may just be leasing the house from the government.”

The case of the reclamation of the Lorong 3 Geylang houses has illustrated what happens when your lease is up. The government is your landlord, and a very powerful one too.

Lishan’s point on rent being cheaper than buying a home is one I’ve never considered. After all, I used to think that putting a down payment, and ‘owning’ a home was more secure in the long run than renting a flat. But with the mortgage one needs to pay, renovation, and the constant upkeep of a home, is buying really that much cheaper?

Some may argue that there’s the chance for capital appreciation. Once again, it is what you value. For people like Adrian and Lishan, who value their mobility and flexibility to move freely across jobs and continents without being tied down by the prospect of servicing mortgages, renting is financially and emotionally less burdensome.

Others may think – do you really want to be renting when you’re old and have no ability to earn? But perhaps the idea of renting now, to buy in future, works. We may have a logical, stepwise approach to asset building – graduate, salary, buy a house; but your home doesn’t always have to be your first major financial commitment.

Buying can come later in life, when you’ve seen the world, and are ready to settle. Renting can be a useful first step towards greater independence.

But to make renting work, you need to know more than counting dollars. You also need to learn how to count onions. 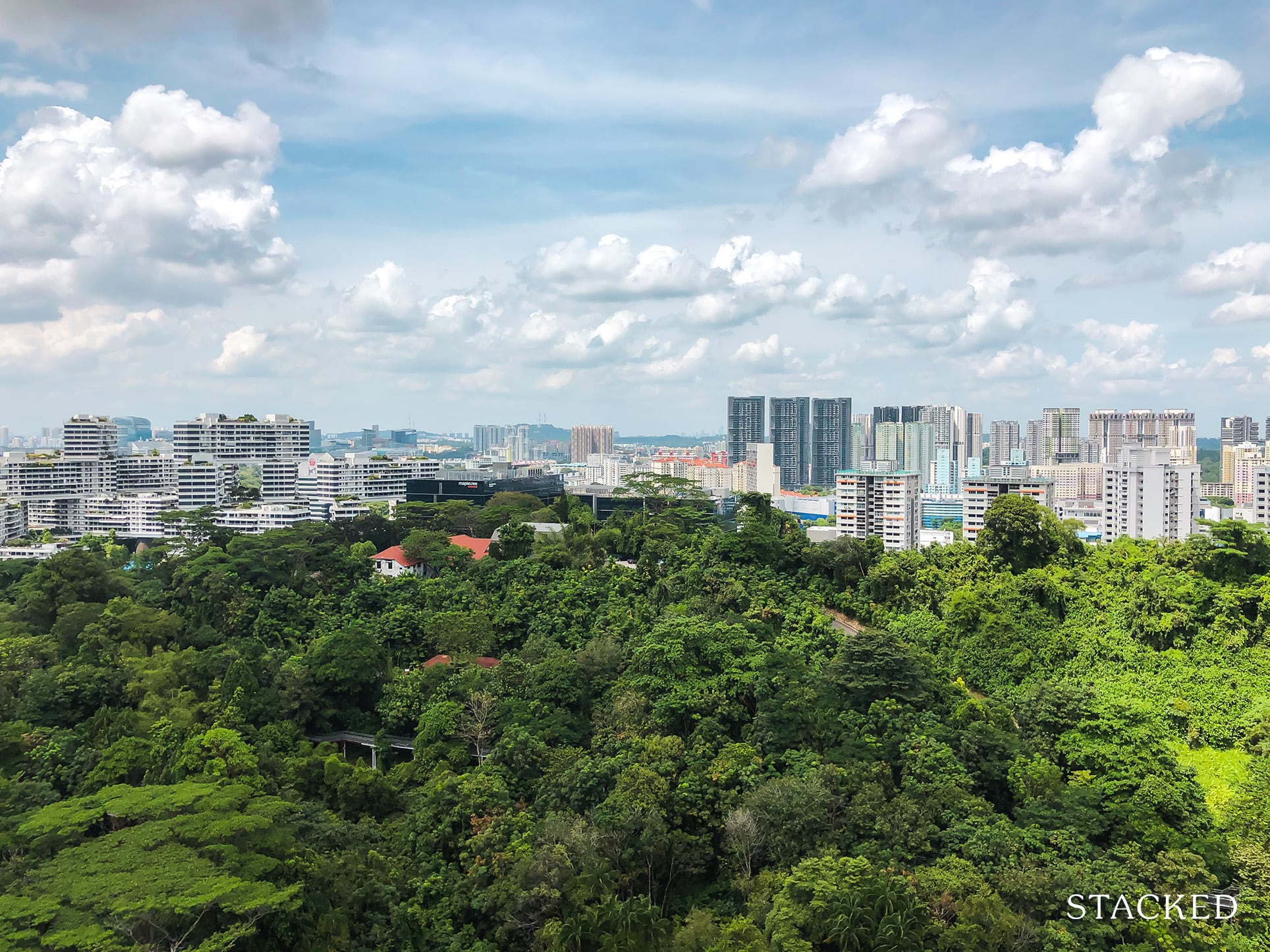 You didn’t read that wrong. Knowing how many onions (a staple in many dishes) to buy each week is a real skill. It’s the difference between rotting onions in your pantry, and a picture-perfect kitchen.

Jokes aside, batch cooking and meal preparation can greatly reduce one’s expenses every month. This was something that both Lishan and Adrian shared as simple hacks to making renting financially sustainable.

In this transitional period of life, where you’re financially independent, but yet to set up your family, Adrian found that this experience was vital for him to grow in skills for living. Learning to cook, clean, and get groceries even when he was very tired, helped him to grow in responsibility and maturity.

The idea of owning a home is attractive to many, but we don’t often think about the dirtier side of it. Scrubbing toilet bowls. Getting groceries. Picking hairs out of the drain (eww!)

Owning a home is not only about the financial responsibility, but also the logistical challenge of making a house, home.

Renting can be a useful way to build those skills for life.

Adrian also sees renting as another expense, like eating out. “Some people prefer to spend money on eating out. I choose to rent.” Of course, it’s meant that he can’t eat out as often as he’d like. This has forced Adrian to pick up life skills, like cooking.

Batch cooking and meal preparation can greatly reduce one’s expenses every month. This was something that both Lishan and Adrian shared as simple hacks to making renting financially sustainable.

I can personally attest to batch cooking. In a bid to prepare myself for a move out, I’ve prepared my own meals for the past 3 months. The numbers below represent ballpark figures around what you can expect to spend if you cooked your own meals. Make a comparison to your current food expenditures. Do you already see the difference?

Lishan is quick to share her go-to recipes, like oats in soy milk, left overnight in the fridge. A bag of oats? $6. Soy milk? $3.50 for 2 litres. It’s enough to make breakfast for the week.

Compare this to a typical latte and sandwich from Starbucks, and that’s $9, for a single breakfast. I’m surprised how easily Lishan rattles off these prices off the top of her head. She explains how she writes down every single cent she spends on with pen and paper. “It ensures that I know where every dollar is going.”

Budgeting is another life skill that enables Lishan and Adrian to rent. Adrian wants to be clear. “It doesn’t mean that you can’t have fun. You just have to be more intentional about how you spend your money. Instead of eating at restaurants every day, make it a fortnightly thing.”

It does take a bit more effort

Saving money to put aside for rental isn’t difficult. It’s simply whether you want to do it. “Sometimes I just feel really tired. But I know I still have to get the groceries.” Renting definitely isn’t an easy path to take. But it’s a conscious decision to launch, even when society or your parents say otherwise.

It is hard. Going to the supermarket at 8 PM to search for reduced-to-clear foods is tiring. Trawling roadside stalls for fruits on offer can seem desperate. Remembering the prices of groceries, and knowing where the cheapest ones are (Value Dollar!), can seem like a waste of time. Bringing your own food daily to the office may be frowned upon.

Adrian laughs when he talks about how he needs to scrub the toilet, pick strange hairs out of the drain, and cook, on top of his many deadlines as a journalist.

But to him, the freedom and independence he has today, are worth the effort. It’s the price of growing up.

John loves lifting weights. In his free time, he enjoys reading... book after book after book. He has a habit of borrowing more books than he can finish.

Hey Loh, we never said that renting a place doesn’t mean you don’t have to do these. In fact, the end of the article mentions how Adrian also does these things when renting

Lishan’s point about renting being cheaper across 99 years isn’t valid if you bring capital appreciation into the picture; not to mention that 800/mth in current market probably gets you a common room in far flung places like Pasir Ris or Jurong West.

If she was able to buy a place of her own she’d jump on it right away.

This really depends on what you value I suppose. Capital appreciation may not have been important to her. There’s also the down payment and stamp duties which would have to be paid upfront and may not have been suitable for her.