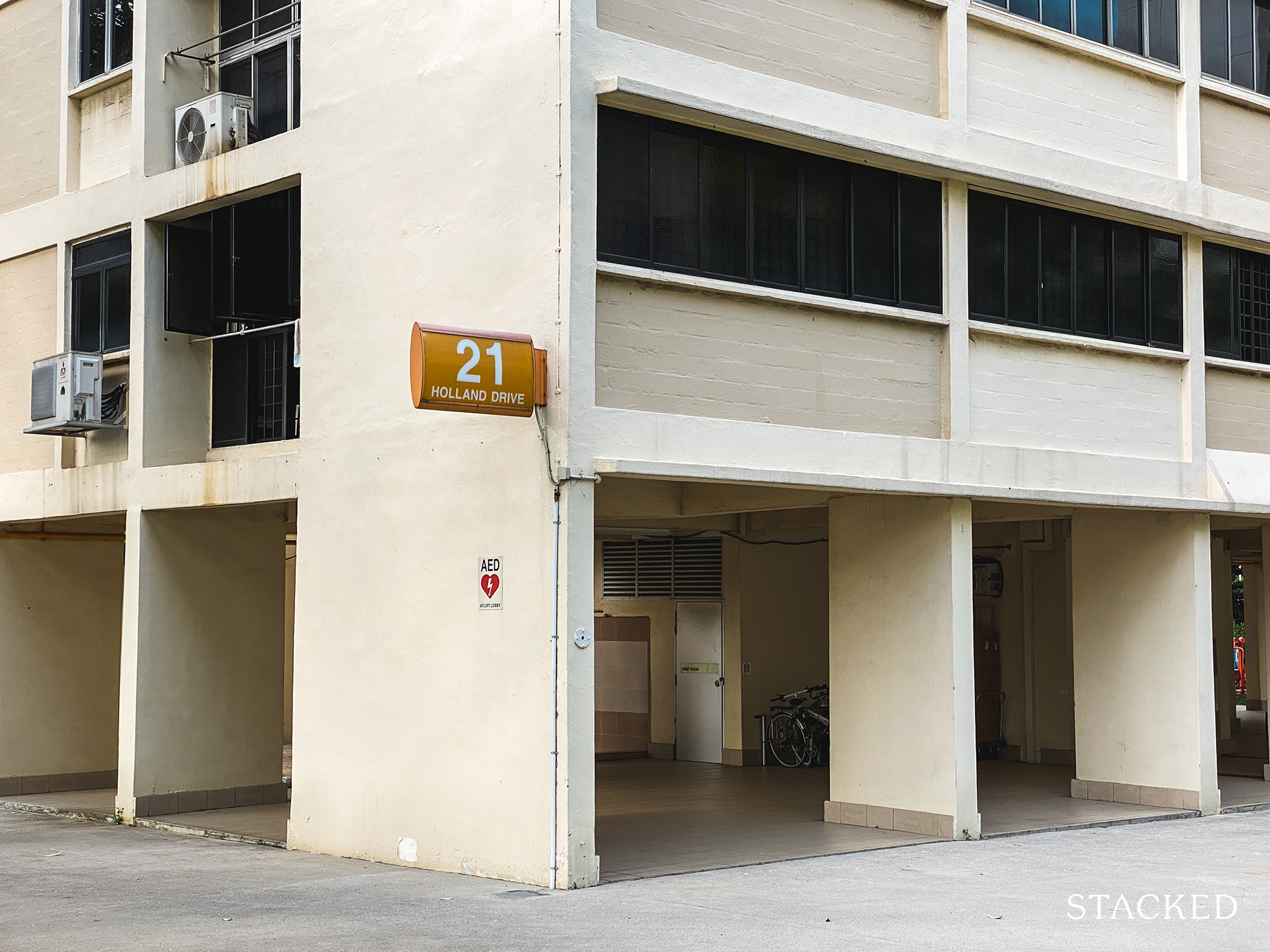 I forged some of my fondest childhood memories at the void deck.

As an adventurous child, I spent many late afternoons there chasing the community cat around. It was a space I associated with freedom and safety, as it was close to home yet so very open for anyone to use.

However as I grew older, playtime at the void deck slowly slipped into oblivion as other forms of entertainment took reign.

As with how fast things change in Singapore – it was something oh so easy to forget.

That was until the Stacked team and I visited a relatively new BTO project last week. As we traversed the different blocks, it became apparent to us how difficult it was to do so.

In older estates, void decks were open and spacious. Now, the void decks, if present at all, are constricted, at times illogical, and barely user-friendly.

So it is out of personal interest that I decided to look deeper into this issue, to unravel the possible reasons behind this change in our void decks. Here’s what I learnt.

When many of these older estates were built, land was definitely less scarce than it is now.

In those estates, the general rule of thumb is that units are larger, each level has fewer units and each HDB block has fewer floors.

As the layout and spaces within the void deck are defined by the structural columns of the building, fewer units essentially meant that there are fewer structural walls coming down to the ground. This also explains why the layout of the void deck is mostly unobstructed with large pockets of free space.

Till the late 80s, void decks remained this way.

This changed in the early 90s, when the Design and Build Scheme was first introduced.

There were open tenders for more creative proposals for new HDBs, and this was where the block designs became less straightforward with more “creative re-imagining of social and internal spaces”.

But after more than 20 years of constructing public housing, the available land in Singapore is steadily depleting.

The solution is apparent: each new HDB block needs to take up less ground area. So newer HDBs thus are designed to be taller and more compact.

Depletion of space, alongside government implementation, thus became the driving force behind the shrunken void decks.

Given that the void deck is of such close proximity to their homes, the void deck then becomes the natural choice for many who wish to have the space for some leisure activities.

In the past, this used to include rowdy activities such as soccer games and cycling. These activities are deemed as undesirable, as they could create noise pollution and safety hazards for other passer-bys.

In hopes of remedying this issue, authorities first started installing these long railings in the void decks of older HDBs, making it difficult to have any sort of large-scale informal activities.

For newer projects, the possibility of these activities becomes completely eradicated by the current layout of the void deck.

In some HDBs where there are huge structural walls, the void deck becomes a somewhat residual, pointless space.

Due to its confusing layout, it does not appeal to residents and passer-bys as a place for dwelling. Instead, it is only remotely useful for practical purposes such as storing letterboxes and providing spaces for residents to park their bicycles. 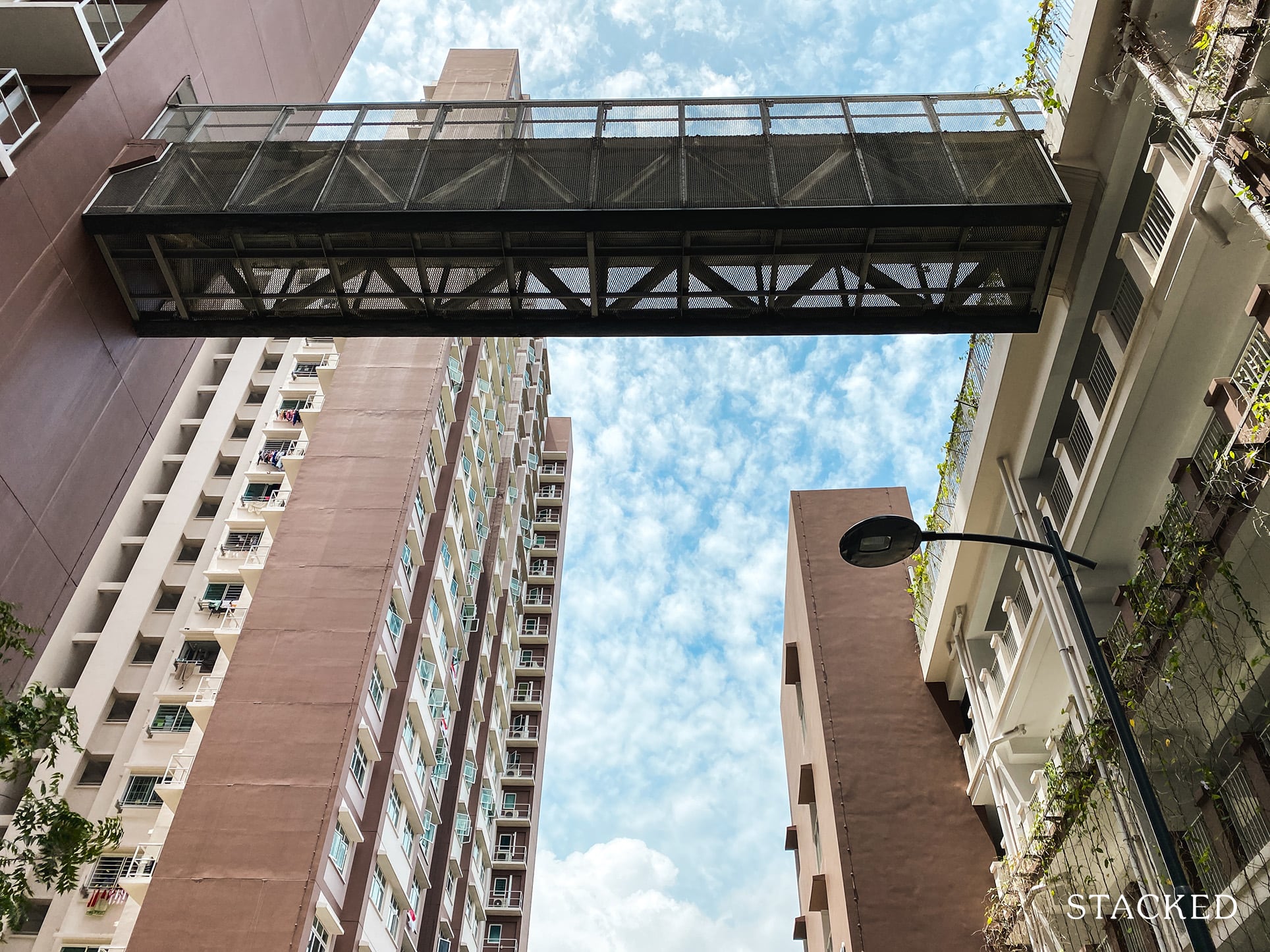 Another primary reason behind the eradication of traditional void decks is their ambiguity.

In the Singapore society where KPI is king and every decision needs to be backed by quantifiable reasoning, this ambiguity becomes problematic.

Due to a lack of specific programmes, the void deck is really a space of chance.

There is simply no place for chance in our society.

Instead, the void deck is now being replaced with other more specific, stand-alone spaces such as community playgrounds, gardens and precinct pavilions.

So unlike traditional void decks, these spaces give people a reason to visit. Moreover, authorities also could have a higher level of certainty when it comes to engaging specific demographics of the community (i.e. elderly and young families).

With these intentional spaces, it is no wonder that traditional void decks are quickly disappearing.

Although the changes sound promising on paper, I cannot help but feel poignant and a strong sense of pity.

From an emotional standpoint, this “acupuncture” method of building stand-alone spaces seems too sterile and inorganic. For certain spaces such as gardens and leisure corners that are located on higher floors, they become somewhat like a destination where people have to specifically travel to, instead of naturally walking past.

To make matters worse, when I personally visited these social spaces, I found that they were not only difficult to find, but not user-friendly.

At the particular site I visited, some of these leisure corners were not connected given that they are located on the second level.

From a more practical standpoint, these spaces are definitely not living up to their intended purposes. From what I saw, residents still preferred the traditional void deck on the ground floor.

However, given that resting spots within the void deck are much more constricted now, they have resorted to instead sit around the drop-off point for some fresh air and interaction.

But that leads me to my next point – the very aptly named term called hostile architecture.

It’s something rather subtle – most people wouldn’t even realise its presence in their very living environment.

While the aim is meant to deter homeless persons from sleeping in the void decks, this has also indirectly prevented many people from gathering together.

In other parts of the “void deck”, architecture is hostile in other ways. For instance, the benches are generally too upright for anyone to sit for long. At some places, some of these benches are stand-alone. This means that at the very best, people could only use them for temporal rest, rather than for socialising with other fellow residents.

Clearly, this is a lose-lose situation not only for the authorities who wish to inject some energy into the community, but also for the residents who actually use the void deck.

To me, a serendipitous, chance meeting beats any form of intentional interaction.

What’s so bad about leaving things to chance anyway?

All I know is that if I could bring back the traditional void deck, I definitely would do so in a heartbeat.

Celine is an architecture student who doesn’t want to be an architect. Passionate about spaces, the arts and cultural heritage, she now spends her days writing, seeing, feeling and exploring.

well written article – unfortunately, there is no turning back, no?

Hi, may I know where are all these void decks located? It would help a lot to my school project. Thank you so much!

Hey! It’s located at 42 Cassia Crescent. All the best in your project :))