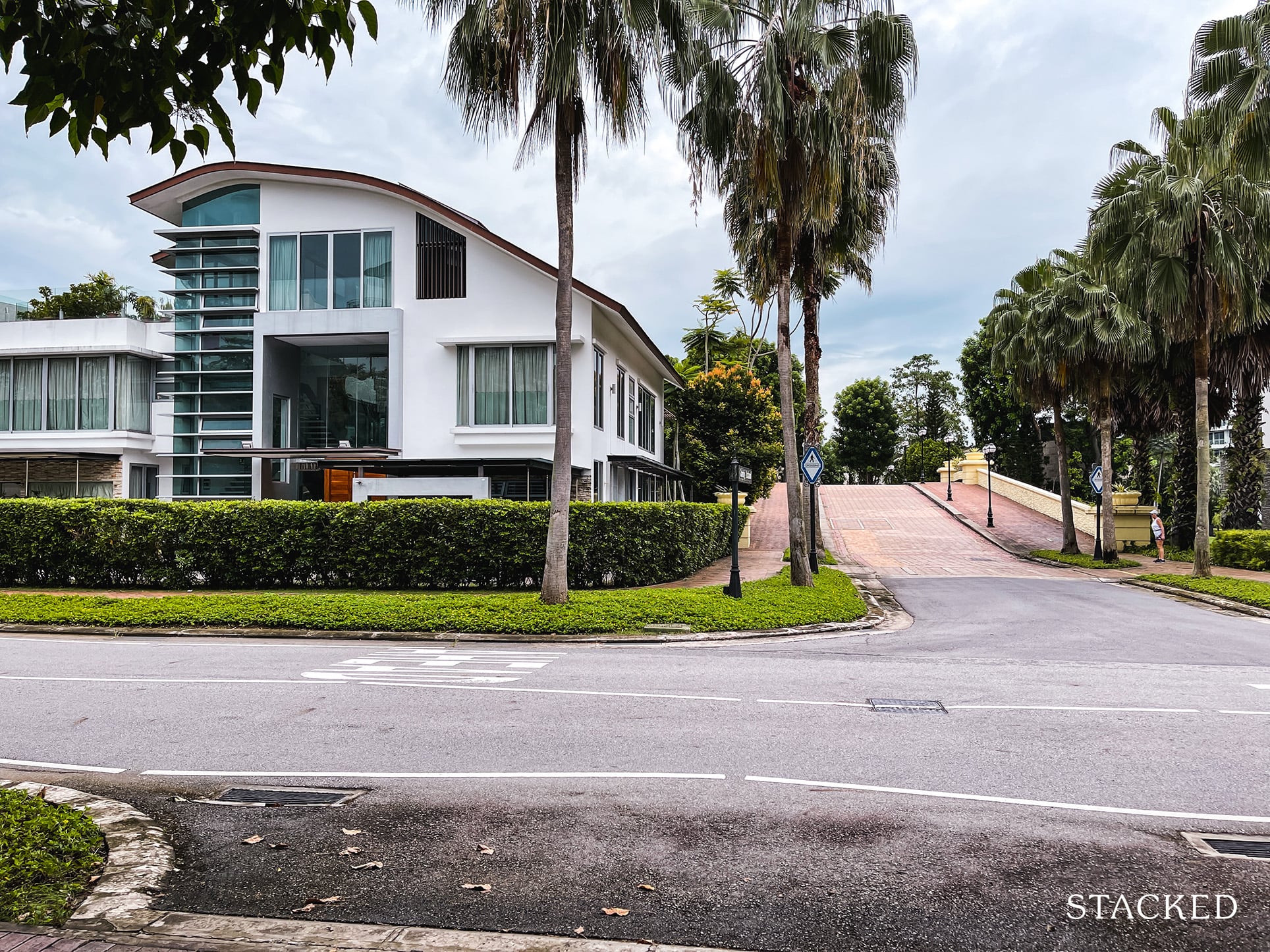 If you’ve been reading the news lately, you may be surprised to hear about the “wave of regional buyers” that are expected to descend on Sentosa Cove. Yes, we’re talking about the same place where the prices of detached homes have managed to almost halve since the last peak in 2013 (more on this below); yet amazingly, now in the grip of Covid-19, they’re expected to do better.

It’s a bit of a hard pill to swallow, but let’s keep an open mind: after all, private home sales, HDB resale flats, and landed home sales have all seen a pick-up despite Covid-19; so why not an unexpected upturn?

Here’s a deeper look at where the optimism is coming from:

Why the sudden optimism over Sentosa Cove bungalows?

The empirical evidence is frankly a little thin; it’s based on a rise in transaction volumes over a single year.

This is what’s making the news at the moment:

Put aside the price for the moment. This is the transaction volume of detached homes in District 4, according to Square Foot Research.

This spike in volumes is compounded by a wave of optimism regarding wealthy Chinese buyers, which has been in the air since the middle of last year.

Speculators who count on this, however, seem to neglect the fact that Chinese buyers of luxury properties have helped the non-landed segment; this has been the case since 2019). But it’s only presumption that the same enthusiasm will spill over to Sentosa Cove and its bungalows.

We may be reading too much into a single year

Deciding that Sentosa Cove is turning around, just because of one better year, is something of an episodic view.

First, it’s quite easy for the spike in numbers to seem dramatic, coming from a low base of four transactions. Technically, 2020 did see a 250 per cent increase in Sentosa Cove bungalow transactions – but it’s a little like crowing that “business has gone up 100 per cent” because there was only one sale yesterday, but two today.

Second, 2020 was an unusual year – one in which landed properties in general saw a surge. As we explained in the linked article, this was on the back of investors seeking safe haven assets; Sentosa Cove landed properties may have reaped some of the benefits.

But this means what we’re seeing is just a flight to safety, rather than any fundamental change in demand for Sentosa Cove. Bear in mind that, apart from Covid-19, there are few other variables to credit: Sentosa Cove hasn’t seen any significant Master Plan changes or upgrades.

Third, let’s take a wider perspective, and see where Sentosa Cove detached homes are compared to their last peak in 2013:

At their height in 2013, a detached home in Sentosa could fetch close to $3,000 psf. As of end-December 2020, the average transaction price was $1,582 psf. If this is following a spike in demand, then it’s probably premature to believe things have changed.

That said, we can’t entirely discard the notion that things may improve this year

While we’re still not overly-optimistic about Sentosa Cove, it would be fair to point out there are some new factors in its favour; many of which are speculative:

Dyson is setting up its global headquarters in St James Power Station, in the Harbourfront area. This has led to some optimism among agents on the ground, as an influx of affluent tech executives mean both tenants, and prospective buyers.

This may be a possibility, given that foreigners can’t buy landed properties on the mainland; and given the exorbitant rental rate of a landed home, some may figure it’s worth braving the 20 per cent Additional Buyers Stamp Duty (ABSD). It’s certainly a better idea than, say, renting a bungalow pool for $10,000 a month.

Our perspective is that, while it could lead to a handful of bungalow rentals and sales, the main beneficiaries won’t be landed properties. Condos in the Harbourfront area, such Harbourlights or Corals at Keppel Bay, are more probable beneficiaries.

2. Prices may have bottomed out

As we’ve pointed out above, prices of detached homes in Sentosa Cove have fallen by over 40 per cent. This may be seen as sufficient to compensate for the added ABSD – the stamp duty is 20 per cent of the property price or value for foreigners, whichever is higher.

Coupled with rock-bottom mortgages provided by Singapore banks (currently averaging 1.3 per cent), the prices may now be palatable to some buyers.

If we continue to see transaction volumes rising, while prices are maintained at around the current level of $1,500 to $1,600 psf, it may indicate an inflection point. However, it’s too early to call it just because of last year’s pick-up.

3. The leasehold issue may be less of an issue to Chinese buyers

One of the drawbacks of Sentosa Cove property – at least to local buyers – is that they’re on 99-year leases. Most Singaporeans who make the expense of a landed home want a lasting legacy; another reason they stick to the mainland.

However, word on the ground from agents is that foreign buyers think differently. Buyers from China, for instance, are used to residential leases of as short as 60 years in their home state.

Even if a Sentosa Cove bungalow has 70 to 80 years of lease remaining, it may still represent a better option than a property back home.

4. Trouble in Hong Kong, tension in Australia, and Covid-19 in the UK

Another sentiment heard on the ground is that, as of now, Singapore looks like a more stable choice than ever.

Chinese buyers, for instance, have become more reluctant about buying in Hong Kong, due to the political unrest. This leaves Singapore as being the most stable – and culturally familiar – real estate market.

Meanwhile in Australia, relations with China are at a low ebb; this is related to disputes over commodities, and the banning of Chinese telecommunications services. Chinese buyers cannot predict how Australian authorities will handle their property holdings, if relations deteriorate further.

The UK, while a popular alternative due to the weakening pound, is also facing a combination of Brexit volatility and Covid-19 issues. A second lockdown was recently declared.

While it’s all happenstance, the conflux of events has made Singapore a stable, stand-out choice for Chinese buyers.

That being said, Sentosa Cove bungalows remains a luxury rather than an investment for now

Property prices in Sentosa have been sliding for over a decade, and a single good year doesn’t mean much in that context.

We’ll keep a close eye on Sentosa Cove prices though; both its landed and non-landed properties. Follow us on Stacked, and we can keep you updated as the situation unfolds.