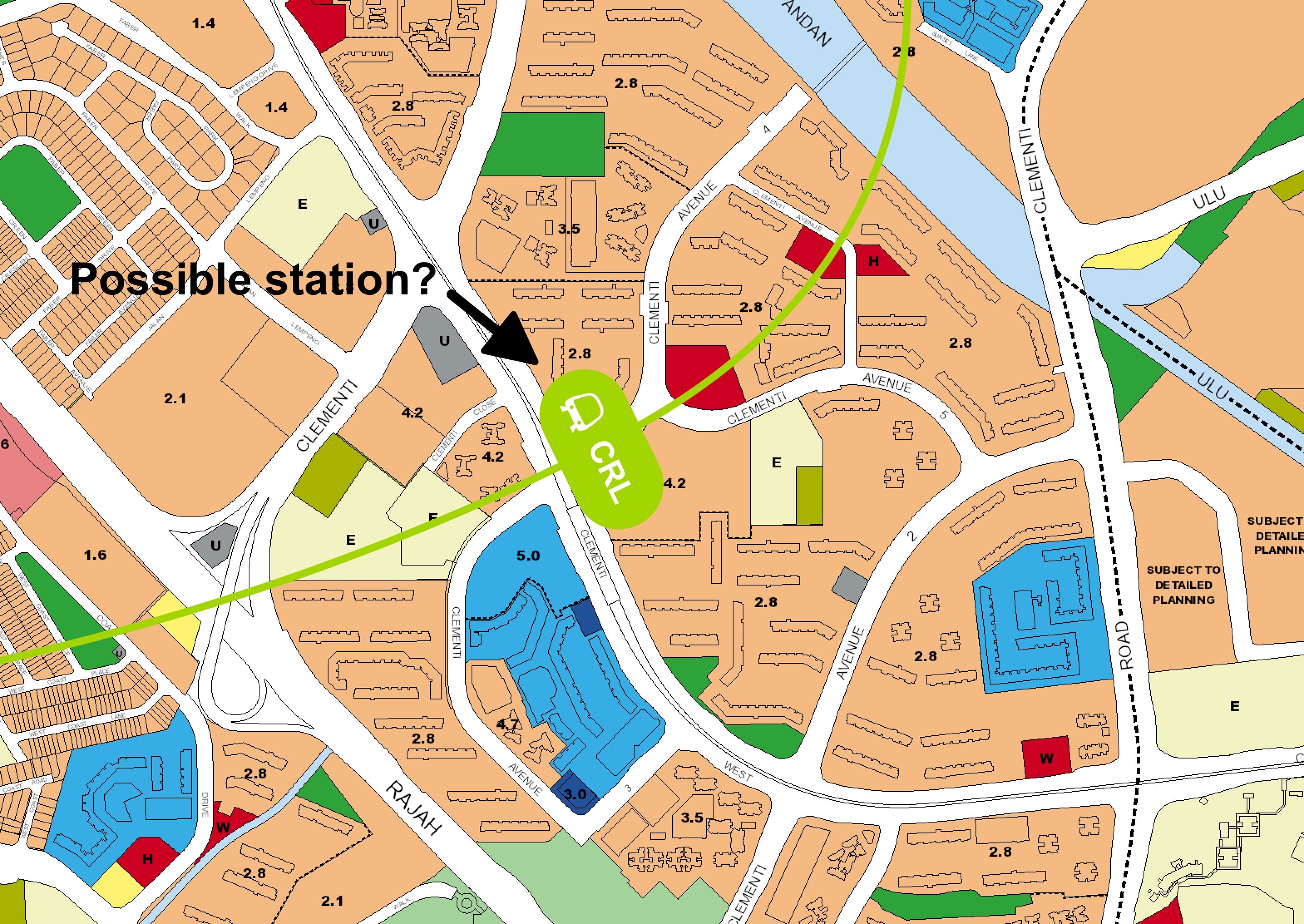 The Cross Island Line (CRL), once completed, will span a whopping 58 kilometres. It’s a huge boon to the Singapore private property market, as some condos that are currently inaccessible will now have MRT access. This includes some older resale units, that may have been overlooked up till now. Here are some of the projects that we feel may benefit:

The Cross Island Line begins in Changi, runs through Pasir Ris, Hougang, and Clementi, and terminates at Jurong Industrial Estate. This means it’s mostly an east-to-west service; but note that the CRL is actually longer than even the East-West Line (EWL) by about two kilometers. When complete, it will be the longest MRT line ever built.

Here are some of the condos that will benefit as the stations open, in Phase Two construction (west end of the line). Do note that this is an educated guess as to where the locations of the stations will be, please don’t make rash decisions on any purchase purely based on the information below! Should you need help or further clarification, please reach out to us at hello@stackedhomes.com.

This means the loss of Turf City, and the restaurants/market at the Grandstand. It would be nice if residents of the area didn’t have to trade one amenity for another (Turf City was about more than sports; it also had a steamboat place, a supermarket, childcare facilities, etc.)

A request for lease extension has been made for Turf City; but regardless, it has to make way for the MRT at some point. We foresee that the MRT construction will take priority, and should be near completion – if not finished – before other redevelopments in the area.

It’s worth noting that the loss of Turf City may be an overall negative for some residents living nearby; especially since the people living here mostly have private transport, and don’t need the MRT anyway. Perhaps some other lifestyle venue will replace Turf City, in the years to come.

King Albert Park (KAP) has recovered poorly from March 2014, when it stopped being a popular student hang-out. The commercial portion of the new mixed-use development here has been quite dead, and we understand there are still no takers for the supermarket space.

Perhaps this upcoming change will make up for it: King Albert Park station will be an interchange, connecting to the Downtown Line (DTL). This will be a notable plus for nearby residents, giving them access to two train lines.

Note that any GLS sites in or around the Holland Plains housing enclave will also be an easy sell; so developments here will benefit from this as well.

King Albert Park station will be an interchange station with the existing DTL KAP station. We also foresee GLS will be released in Holland Plains enclave hence these developments will benefit from the upcoming GLS as well.

New Launch Condos in the vicinity

Right now, there’s a lot of jungle here (it’s relatively close to Maju Camp), so MRT construction will probably happen before any redevelopment. This area has long been known for inaccessibility; but that’s not always a disadvantage, as some residents purposely want the seclusion and greenery. Hopefully, the MRT station won’t disrupt this too much, for this batch of residents.

We see Ki Residences as the main beneficiary here; once Brookvale Avenue Road opens and connects to Clementi Road: 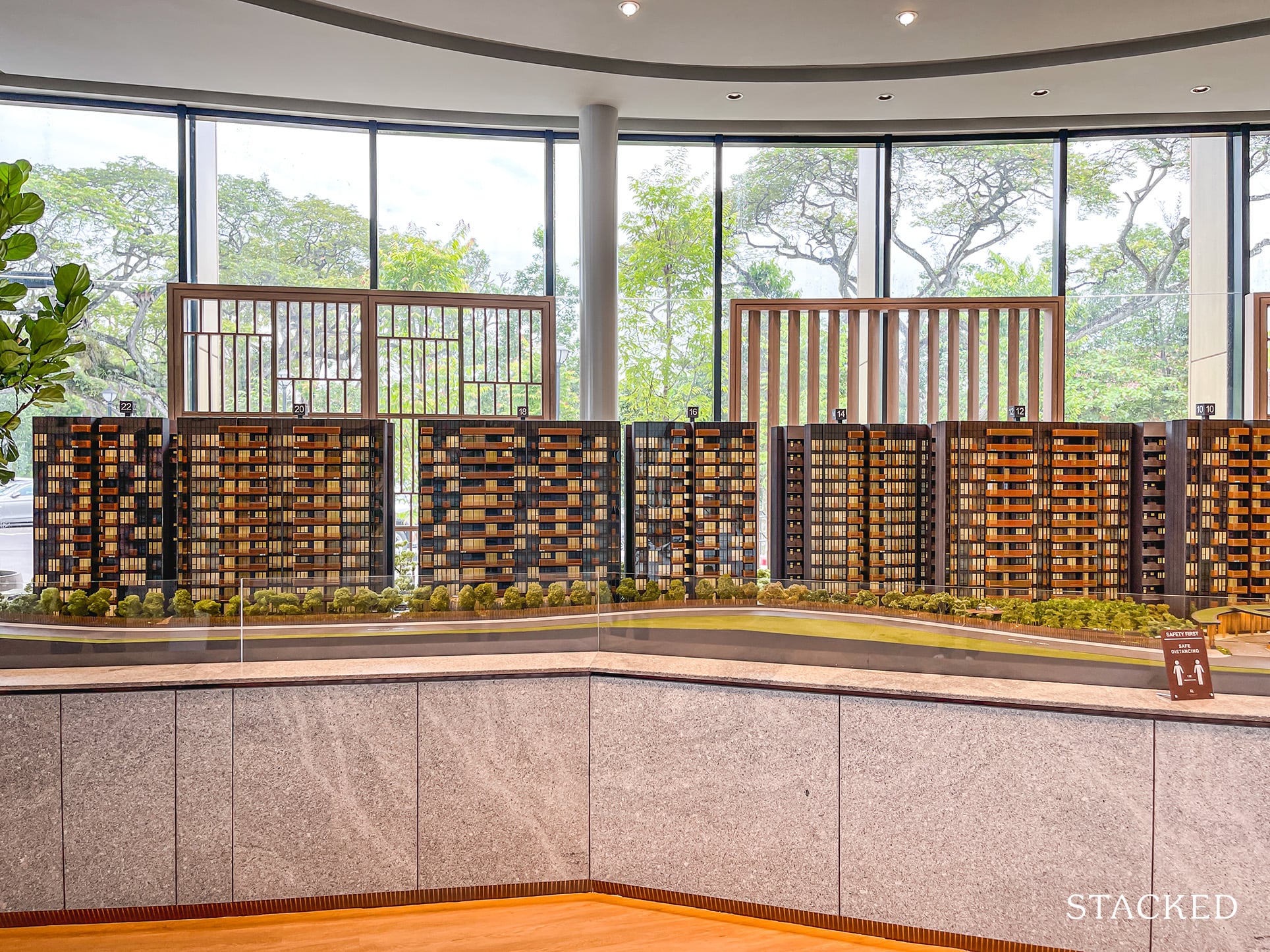 The existing Clementi MRT station will become an interchange, connecting the CRL and EWL.

To date, three HDB blocks (Block 321-323) here have gone en-bloc; and residents have moved out. We think it’s likely that this empty plot will be used to facilitate the construction of the Clementi CRL Station.

Clementi has already seen a strong pick-up in recent years. It’s already a bit of a rental hotspot, given its proximity to educational institutes; access to two train lines ought to support further demand.

Given how much prices have climbed in Clementi over the past two to three years, it’s likely that MRT improvements have already been factored into the asking prices.

New launch condos in the vicinity

This station will make two groups of people happy:

Workers in Pandan Loop Industrial Estate, which has relatively poor public transport access, and the landlords catering to them. In fact, existing tenants might want to brace for their rental rates to go up (it could be a good time to quickly lock in your current rate if you rent here, with a longer lease).

New launch condos in the vicinity

The Jurong Town Hall plot was expected to be part of the Kuala Lumpur-Singapore High Speed Rail (HSR). This has now been cancelled. To date, we’ve found no information on how the area will be used.

It’s likely, given its proximity to so much housing, that the government will aim at providing more day-to-day amenities. We’d expect the usual cluster of shops and eateries, but there may be room for further residential development too (perhaps another mixed-use development).

Plans for MRT construction will likely go ahead as well, connecting to the CRL in the next phase.

At this point, MRT stations may soon go the way of bus stops in the 1980’s, when it comes to adding property value (i.e., way back in the 1980’s and before, it was a big deal to have a bus stop/interchange close to your home. But eventually, there were so many bus stops and routes, the impact on value was diminished).

It’s increasingly likely that, in the next two decades, almost every condo will have an MRT station nearby. The differentiating factor, at that point, will probably be how many MRT lines you have nearby. Interchanges like Clementi, which will provide access to both the CRL and EWL, are likely to be the next big thing.

For more on the situation as it unfolds, follow us on Stacked. You can also get more in-depth reviews of new and resale properties alike.