Analysis Parc Canberra vs Provence Residence: What Happens When Two ECs Are Side-by-side? 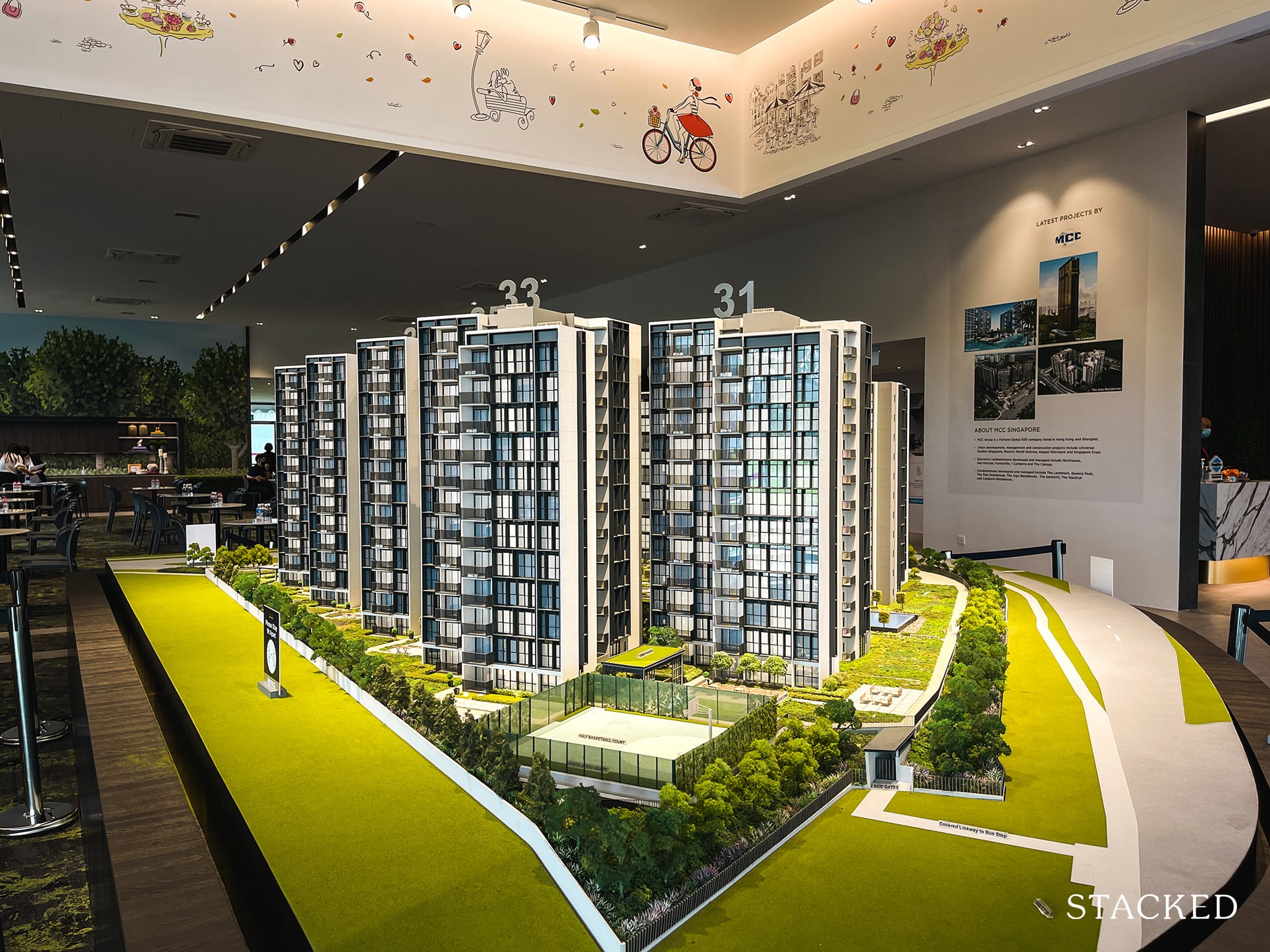 Even before the last units at Parc Canberra had been sold, Provence Residence launched (selling just over half its total units at launch day, to boot). Pure home buyers may think nothing of it; but the more investment-minded are likely to worry. These two ECs are within 300 metres of each other, and have a TOP date of a year of each other. When it comes time to sell or rent, how will the two measure up?

Key points of difference between Parc Canberra and Provence Residence

Both developments are Executive Condominiums (ECs), and have a TOP date within one year of each other (2023 for Parc Canberra, 2024 for Provence Residence). As the two are quite closely matched, we’ve decided to highlight the most notable differences:

**As a point of reference, a new launch, fully private condo in the same location as Parc Canberra and Provence Residence would likely be upward of $1,400 psf.

Again, let’s look at the smallest three-bedders, which tend to be the more popular family units.

Between the two, Provence Residence is – in our opinion – slightly more space-efficient. The main reason is the dumbbell layout (a first for an EC), which eliminates the need for wasted connecting corridors. Also, the entryway has space for a shoe cabinet, and some will like that it doesn’t open up to the living area (although you can see into one of the common bedrooms from here, which some buyers may not like). All the bedrooms also have toilet access, which isn’t the case with Parc Canberra.

In terms of ventilation, the Provence Residence three-bedder does have a kitchen window, whereas its Parc Canberra counterpart doesn’t one (although the Parc Canberra units have only semi-enclosed kitchens, so this may not be a huge deal).

Depending on the stack, the Provence Residence units may have ventilation windows in the common bathroom, whereas Parc Canberra counterparts (three-bedders) don’t have a toilet window.

One thing to note about Provence Residence, however, is that some (not all) of the units have an East-West facing; that might give you the full blast of sun. In addition, the windows are of the sort that doesn’t open fully.

Last but not least, the location of the AC ledge at Provence Residence is in a smart spot – just behind bedroom 3. Contrast this to Parc Canberra, where the AC ledge will block both common bedrooms. 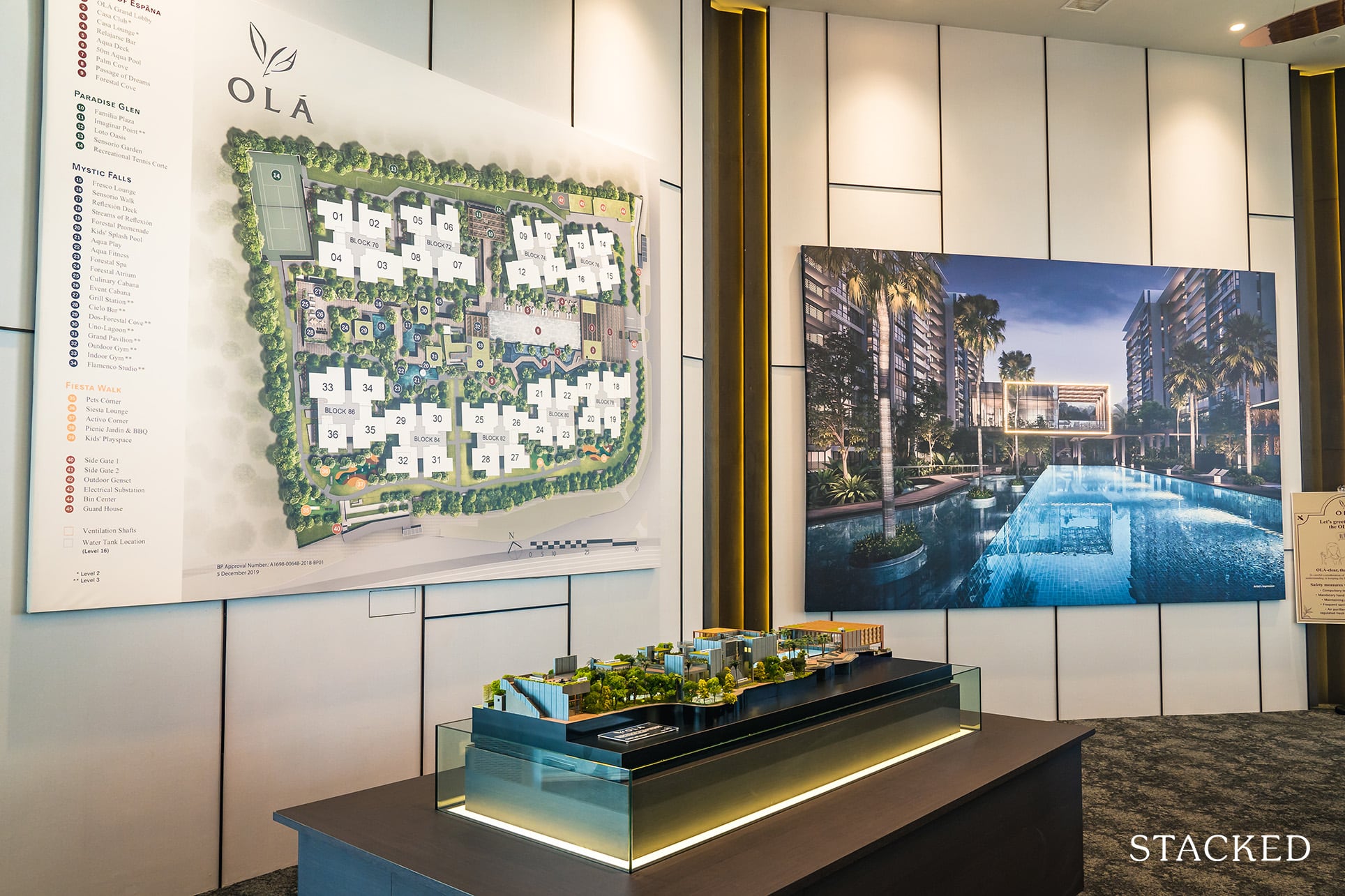 Buying13 Key Questions To Ask At A Showflat

The word from the ground

Realtors did point out that Parc Canberra offers a wider unit mix. Parc Canberra has, for instance, five-bedders of up to 1,453 sq. ft. for bigger families, and it has both penthouse and regular versions of three, four, and five-bedders.

Provence Residence is more standardised in this respect, with generally similar three and four-bedders (there are no larger units).

One realtor, wanting to remain anonymous, pointed out that Provence Residence didn’t launch “too close”, but at exactly the right time:

“If you see the timing, the Parc Canberra launch was in February, and then right after that the Circuit Breaker happened. So for some buyers, a lot of them found it tough to sell and move at that point; but by July when everything settled down, Parc Canberra was already 80 per cent sold. The more affordable units were already snapped up, and Provence Residence launched just in time to carry on the momentum.”

The general consensus, however, is that ECs close to the MRT station are so rare, most buyers will overlook another EC being so close.

How have prices moved for ECs located close to each other?

Here’s a look at prices of ECs close to each other (in both location and TOP date):

As these have been quite recent, we’ll keep an eye out and see how the prices change a few more years down the road. Nonetheless, prices of nearby ECs do seem to keep within five to six per cent of their nearby counterparts.

Realtors that we spoke to pointed out that, despite the potential for competition, there could be an advantage to having a nearby EC reach MOP just before yours. One of them explained that:

“ECs tend to see a spike in price and transaction volumes right after MOP, which helps to push up the average price for the area. This has a knock-on effect on surrounding properties, which can also help to lift your EC price if you sell soon after. It’s a bit similar to a new launch nearby – although it might introduce competition, it does also help to push up prices of nearby resale units.”

This being said, Parc Canberra and Provence Residence may be exceptional, even compared to other ECs that are close in age and location. The reason comes down to accessibility, and their location close to the heart of the neighbourhood: most ECs are far from public transport nodes, and HDB tends to give areas near the hub (Bukit Canberra in this case) to flats rather than ECs.

Sembawang is also a new neighbourhood, so prices right now are low, with significant room for appreciation. If it weren’t for these conditions, investors might want to do a double-take. As is, most still consider Parc Canberra or Provence Residence the safest bet for a fringe, non-mature EC investment; even if they’re a bit close to each other.

For homeowners, as we mentioned above, we’d give Provence Residence a slight edge in terms of good unit layout. However, Parc Canberra gets the edge if you want more facilities or slightly shorter travel times to the MRT and amenities.

Let’s not forget there will also be 2 private development plots that will launch later this year. With indicative prices estimated at around $1,3xx – $1,4xx, this could go some way into protecting the entry price points of Parc Canberra and Provence Residence.

For more on new and resale properties alike, as well as the most in-depth look at developments in the Singapore private property market, follow us on Stacked. 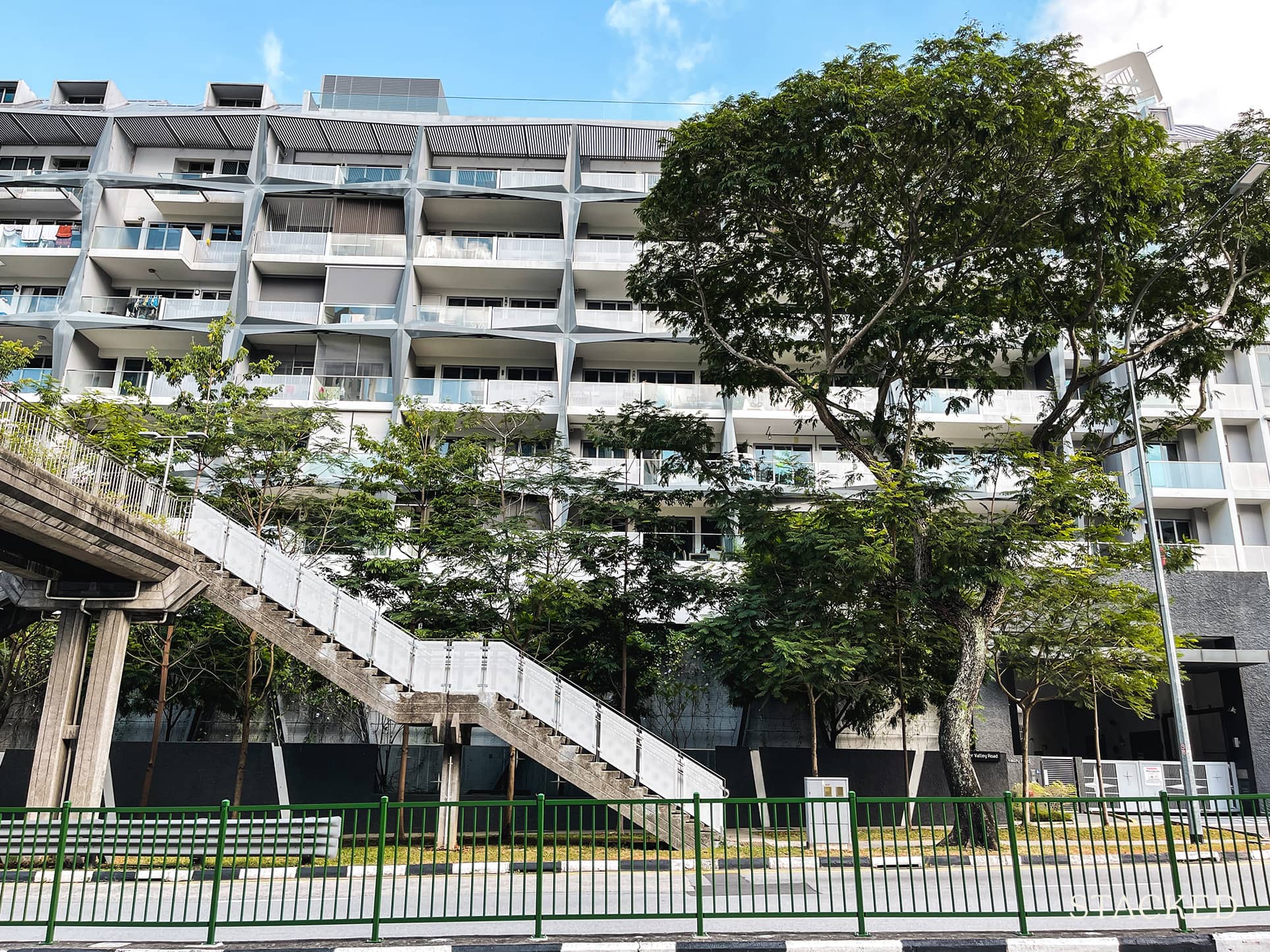 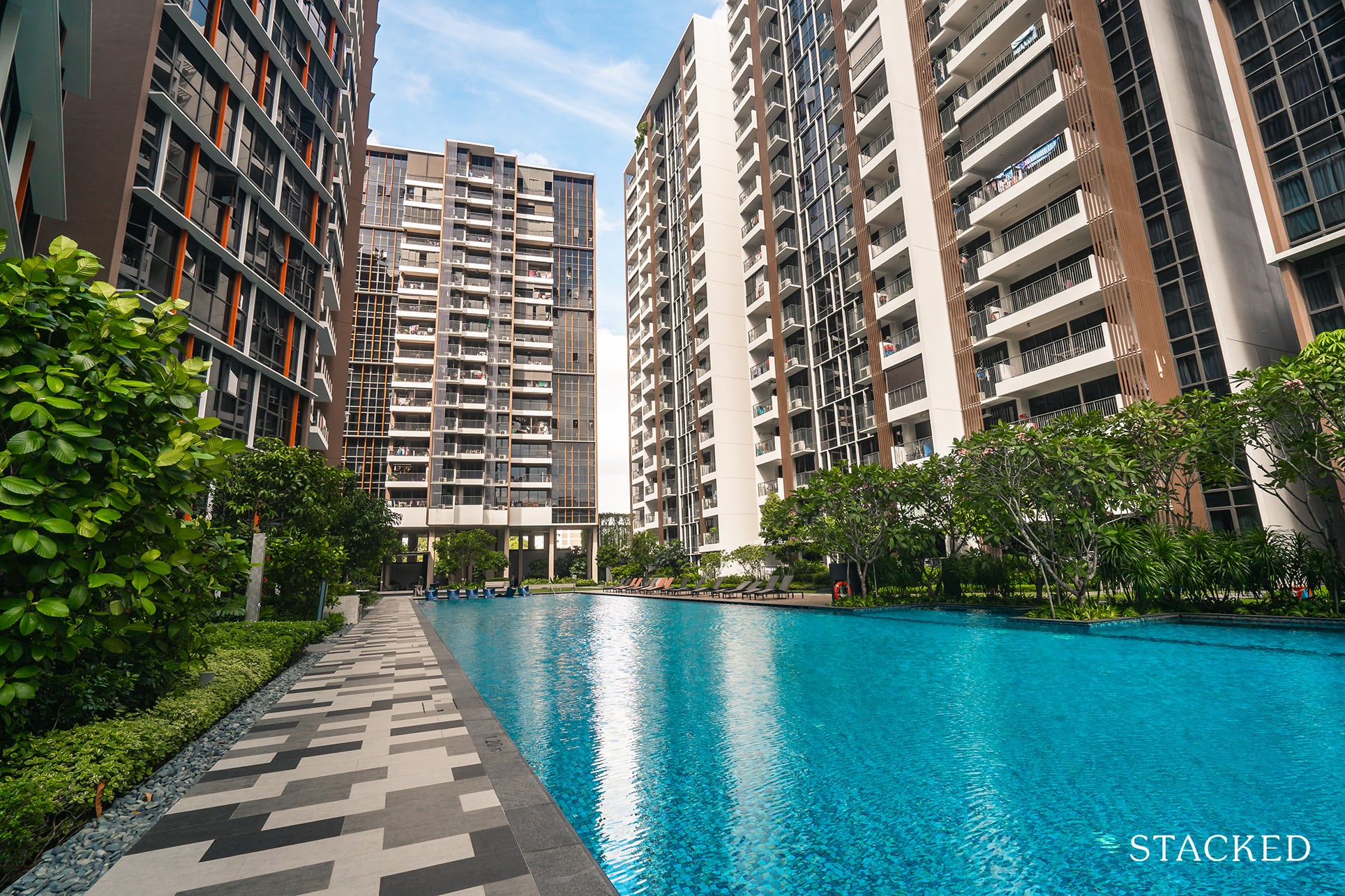