Rent Why OCR Condos Might Dominate Rental Markets In 2021 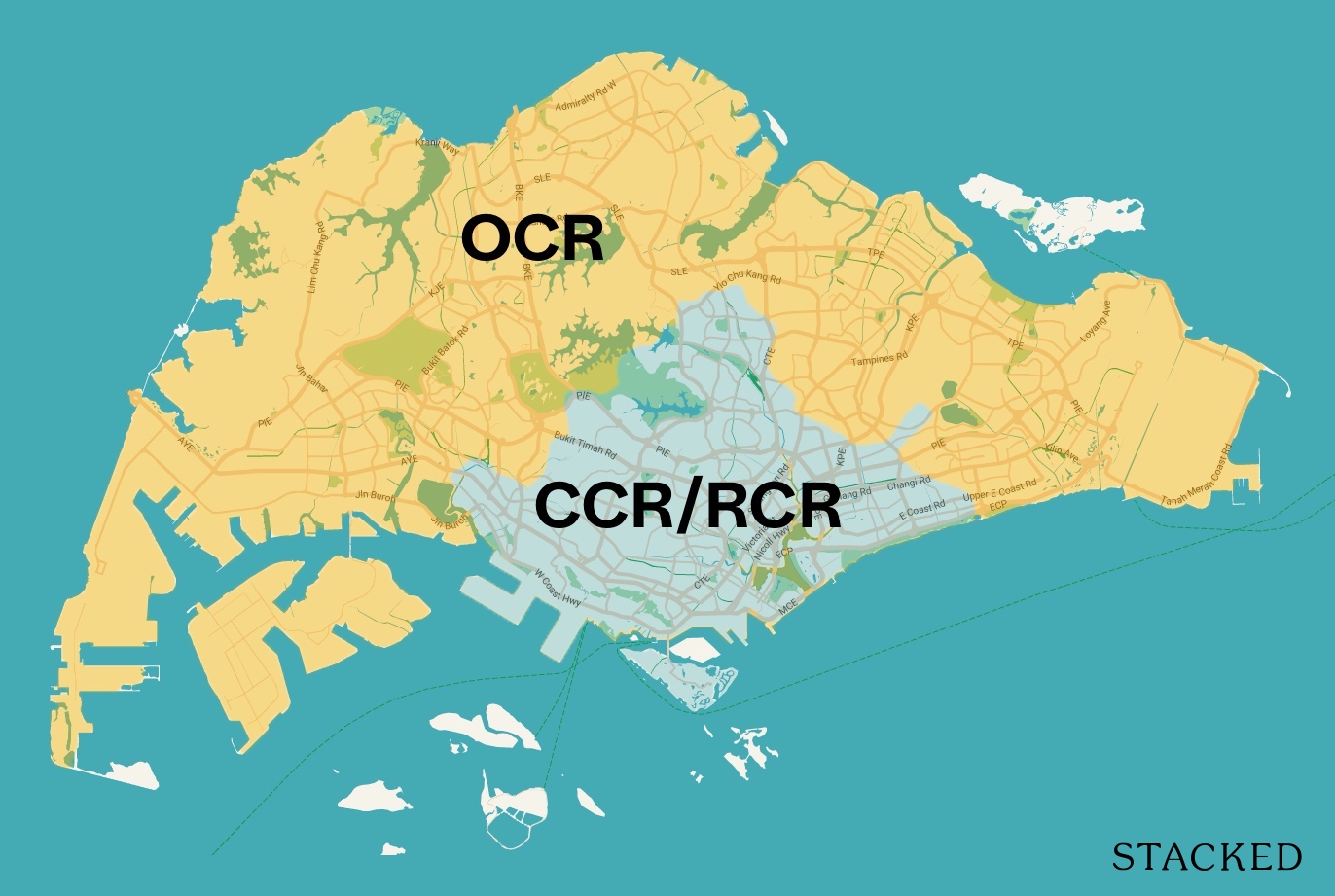 A short while ago we pondered whether the Singapore rental market could stay its course. Given the impact of Covid-19, our rental market has held up remarkably well; at this point simply maintaining rental income / yields can be considered fortunate.

However, not every segment of the rental market faces an equal challenge. While the Core Central Region (CCR) condos face higher risks of vacancies or falling rental income, the Outside of Central Region (OCR) may be the safe port in the storm for property investors; at least for 2021 and the near term:

Where is the OCR?

According to 99.co, these are the rental rates up to the latest available date (October 2020):

This coincides with a recent Business Times report, when Savills Singapore predicted a further decrease of three to five per cent in CCR rental rates for 2021.

(Note: Savills Singapore also estimated a much deeper drop in CCR rental rates than the chart above, calling a two to three per cent drop in 2020).

It’s foreign workers, not locals, who are seeing the highest rates of job loss. This is intentional, with initiatives such as the Jobs Support Scheme aimed at protecting Singaporeans first. From January to September last year, it was foreigners who made up nine in 10 job losses.

In Singapore, these foreign workers – many of whom are now heading home – made up the majority of prospective tenants in areas like the CCR.

Locals who need to rent, such as when they’re waiting for their home to be built, almost always pick fringe regions such as Jurong, Tampines, Woodlands, etc., for simple reasons of affordability.

As such, the OCR has experienced a smaller reduction in its tenant pool, compared to more expensive areas. 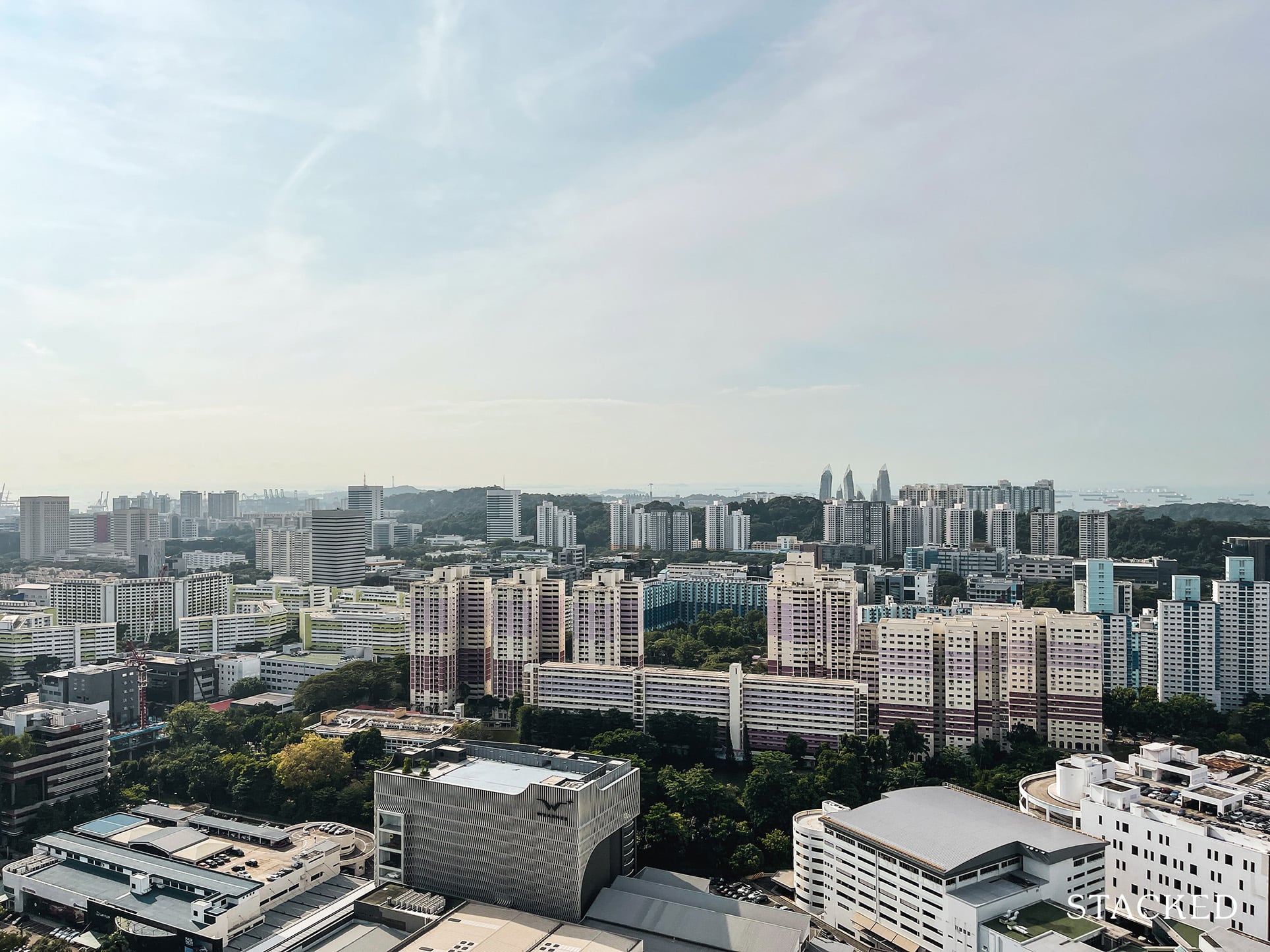 During a downturn, companies often cut costs by shrinking expatriate benefits packages. One element of this is housing allowance; tenants may seek shorter leases, and constantly be on the look-out for cheaper alternatives. We already saw a gradual exodus from the CCR to heartland areas, around the middle of 2020. More expats have also lost confidence over job prospects, and may be hesitant about committing to long, expensive leases.

That said, we should point out feedback from real estate agents has been a little bit different. While most we spoke to agree on an exodus from the CCR, their observation is that tenants who work in areas like Marina Bay Financial Centre, Robinson Road etc. tend to move to the RCR, rather than OCR. For example, an expat might consider a move to Bugis, but not as far out as, say, Bedok.

(This may explain why the RCR has managed to better maintain its rates.)

Also from word on the ground, agents have told us the recent Circuit Breaker has changed attitudes; they are seeing more tenants avoid shared units.

While they may have been happy to live with several unrelated tenants before, the experience became unbearable once they were all stuck in the same unit. Some are also wary of health issues, and don’t want to live in close proximity to others right now.

Renting an entire unit on your own is much more expensive, which often rules out CCR and RCR properties. Based on the numbers above, however, the average 500 sq.ft. An OCR unit would only cost $1,425 a month.

Singapore is making active efforts to decentralise the CBD. This is the reason for creating separate business hubs, such as Jurong East, Changi Business Park, the upcoming Woodlands North Corridor, etc.

As foreigners increasingly find employment in these areas, rather than the traditional CBD, condos in the OCR become more attractive (e.g. if you were to work in Changi Business Park, you would have better access by renting in Tanah Merah than in Newton).

Note that this also applies to amenities – the new business hubs are often also retail hubs, which makes living in fringe areas almost as convenient as the CBD.

In the current downturn, newer expats and tenants are likely to expand their search to find cheaper alternatives. This is when they’ll realise an inherent truth: Singapore is so small and well-connected, that they are not punished for seeking cheaper rent on the outskirts.

Unlike other countries where “fringe region” might mean a two-hour bus ride to work, most parts of Singapore are at most an hour from the city centre. “Fringe” also doesn’t mean a serious lack of amenities, as almost every neighbourhood has its own mall, eateries, recreational areas, etc.*

*Except Tengah, for now.

The following is from Square Foot Research, and is based on the past 12 months:

*Rental yield is high due to the unusually low quantum; this is a 60-year leasehold property

Note that Admiralty / Woodlands (District 25) is the only district to have two condos on the top 10 list for rental yields.

We’re only saying OCR rental properties tend to be less affected by the Covid-19 downturn; not that they’re some kind of golden ticket.

In the broader sense, 2021 – and likely the next few years after – will be characterised by more remote-location work, and fewer foreigners coming through our borders. This will make it tough for landlords as a whole; and if there’s a light at the end of this tunnel, it will be past 2021 before we glimpse it.

In the meantime, check out Stacked for in-depth reviews on new and resale condos alike; and follow us so we can keep you updated on the latest news. If you need help specific to your property, you can also drop us a note on Facebook.