Commentary Is A HDB Flat Oversupply Inevitable In The Future? What Happens When Our Parents Generation Passes On 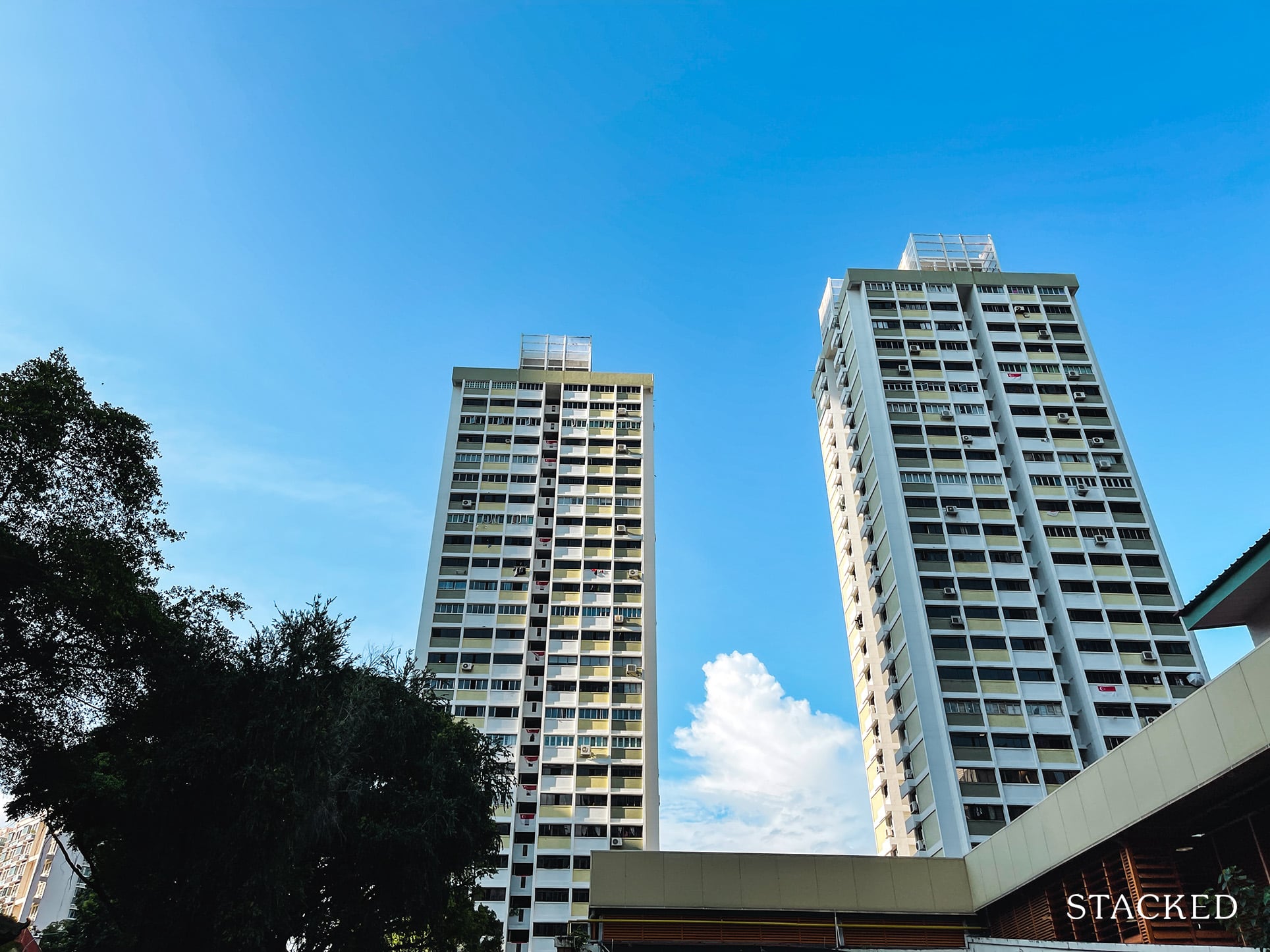 Given the demand for HDB flats over the pandemic period, HDB has ramped up production of new flats in 2021/22, and we’ve seen flat prices reach their highest in close to a decade. In light of the present situation, it may seem a little crazy to think there may be too many HDB flats. However, Singapore’s ageing population, coupled with our high homeownership rates, may be leading to a deluge of vacant resale flats in the future. It may be time to look at supply issues over the coming decade or two:

How could we end up with too many flats?

No one would argue that at present (2022), there’s a need for more HDB flats. However, here’s what we need to consider in the future as well:

At present, nearly one-fifth of our population is aged 65 or older; and at the current rate, about one in four Singapore citizens will be aged 65 and above by the year 2030. That’s pretty staggering to think about.

Of particular interest is the fact that citizens aged 80 and above are growing in number. There are now 132,000 such citizens, up by around 70 per cent from 2012.

We need to consider what happens when these older Singaporeans pass on. Keep in mind, we have a homeownership rate of over 90 per cent, so the majority of these older folks own properties, of which the HDB flat is the most ubiquitous (78.3 per cent as of 2021).

It’s an issue that is also compounded by the decreasing household sizes.

Moreover, it’s no surprise that there are more older residents than before:

Judging from the latest data as of 2022, there are about 430,000 residents aged 70 and above. That’s 1.26 million residents that may no longer be around in 15 years considering the average lifespan is around 83.5 years (this could increase in the future).

Given that household sizes have decreased, and there are more HDB households (1.089 million in 2021 to be exact), plus the proportion of single person households have also increased, it’s easy to see how this issue may arise in the future.

Where can the flats of the previous generation go?

Under the current rules, there’s no way to sell these flats to anyone other than Singapore citizens and Permanent Residents (PRs). So unlike a condo development, we can’t count on the private sector to redevelop them; and foreign ownership is a non-factor.

But can Singapore citizens inherit these flats from their forebears?

This is, again, where the high homeownership rate ironically works against us. It’s a general norm among Singaporeans to purchase a home sometime in our 30s, and this isn’t just true of families. Even most lifelong singles strive for their own flats by the time they turn 35, and qualify.

So if you’re a Singaporean aged 65 or older, and you have children, there’s a very high chance that – when you pass on – your descendants will already have a home of their own.

Under the current rules, if your children already own an HDB property, they must sell one of the two properties within six months of inheriting your flat.

We don’t know how many condo owners would choose to do that, but we doubt it’s the majority.

If you purchased your flat after 30th August 2010, then your children will need to sell off one of the two properties within six months.

In short, your children will probably end up selling the flat you leave them (or selling theirs to stay in yours, which still contributes to the existing supply).

Perhaps at this point, you can discern the outline of the problem:

When the older generation passes on and leaves behind their flats, the current generation is largely not in a position to inherit them. At the same time, the flats cannot be bought by foreigners or entities. This means there are a lot of flats, for a rather small pool of eligible buyers.

Finally, through all of this, we haven’t even mentioned lease decay. Some of the flats that are left behind are going to be a tough sell to younger Singaporeans, if they’re halfway or more through their lease. Anyone inheriting such an old flat is probably inclined to put it on the market, rather than move into it.

This can be a serious issue, for those who count on their flats as retirement funds

Let’s say you’re unfortunate, and happen to retire around the time the older generation passes on. You were counting on selling your flat and right-sizing to a smaller one, as a way to fund your retirement.

The worst scenario would be to see a deluge of resale flats on the market, at the exact time you want to sell. Unless your flat happens to be well differentiated (e.g., central area flat, or unique like a maisonette), you may end up with far less for your retirement than you expected.

This is a risk that homeowners should keep in mind, if they’re following old-school beliefs about their 5-room flat being a ticket to retirement.

Among savvier property owners, awareness of this may be part of their drive to upgrade now, or to pay more for unique, better-located flats.

What might we do about this when the time comes?

We haven’t heard any official plans to cope with such a scenario; so far, we seem to hinge on optimism (i.e., we’ll have more children, and a higher population will have a use for these flats).

There are housing schemes that have been implemented, such as the HIP ll scheme, where all HDB flats can expect to receive major upgrading twice during their 99-year lease period. There is also the Voluntary Early Redevelopment Scheme (VERS), and the Selective En-Bloc Redevelopment Scheme (SERS),

In a real worst-case scenario, however, here are some of the possible things that might happen:

1. Redevelopment of flats for non-residential use

The simplest solution is to redevelop the old, unused flats into other uses. More clinics, coffee shops, offices, etc., will probably be welcome in some areas; and can help to push down rental costs for small local businesses.

Alternatively, they can be used for civic facilities, which will also become more necessary as the population ages (e.g., activity villages for senior citizens). Ultimately, with the push toward sustainability, it does make sense that buildings should be preserved to be refurbished for other uses.

This might mean a SERS-like program where the redevelopment is not to renew the neighbourhood, but to transform the area into something else altogether. Some might bemoan the permanent loss of more towns and communities, though.

To absorb the higher number of flats, we could make it easier to own them. For example, we could remove the three-year wait for Permanent Residents to purchase a resale flat.

We could also consider lowering the age requirement (e.g., allowing singles to purchase flats at 30 instead of 35). When the shortage of flats isn’t an issue, we doubt anyone would protest against singles snapping up resale flats.

3. Allowing Singaporeans to inherit another flat

Another simple solution is to allow Singaporeans to keep their parents flat. This provides them with potential rental income. More importantly, it might mean a generation that’s able to live mortgage-free.

It may also help our grandchildren: a generation of Singaporeans who aren’t burdened by home loans can take bigger risks, and seek pursuits beyond nine-to-five employment.

4. A wider range of rental flats for Singaporeans in need

2-room flats are frankly a bit too small for some families; but these are as large as rental options get. Having more in the way of vacant 3-room and 4-room flats might mean we can accommodate larger families, under the public rental scheme.

Also, as the population ages, we need to consider that some of the poor and needy may require round-the-clock help (e.g., a family member or domestic helper has to live with them).

A family or five squeezed into a 2-room flat is quite terrible, and not very conducive for studying or playing at home.

Hi,
Regarding this article, on inheritance of parents flat. Can I check if it makes any difference if the flat is bought under SERS program and purchased before 30th Aug 2010.
I am holding a private property and wonder how the inheritance rules applies to SERs purchased flat?
Appreciate if you could advise.

#3 is the worst idea of the bunch. Why should private property owners be allowed to also own a HDB with impunity, if HDBs are meant to be affordable public housing?

Make them pay the ABSDs and contribute to nation building!