Property Stories I Regret Moving From A Condo To A HDB: 5 Elderly Homeowners Share Their Biggest Regrets 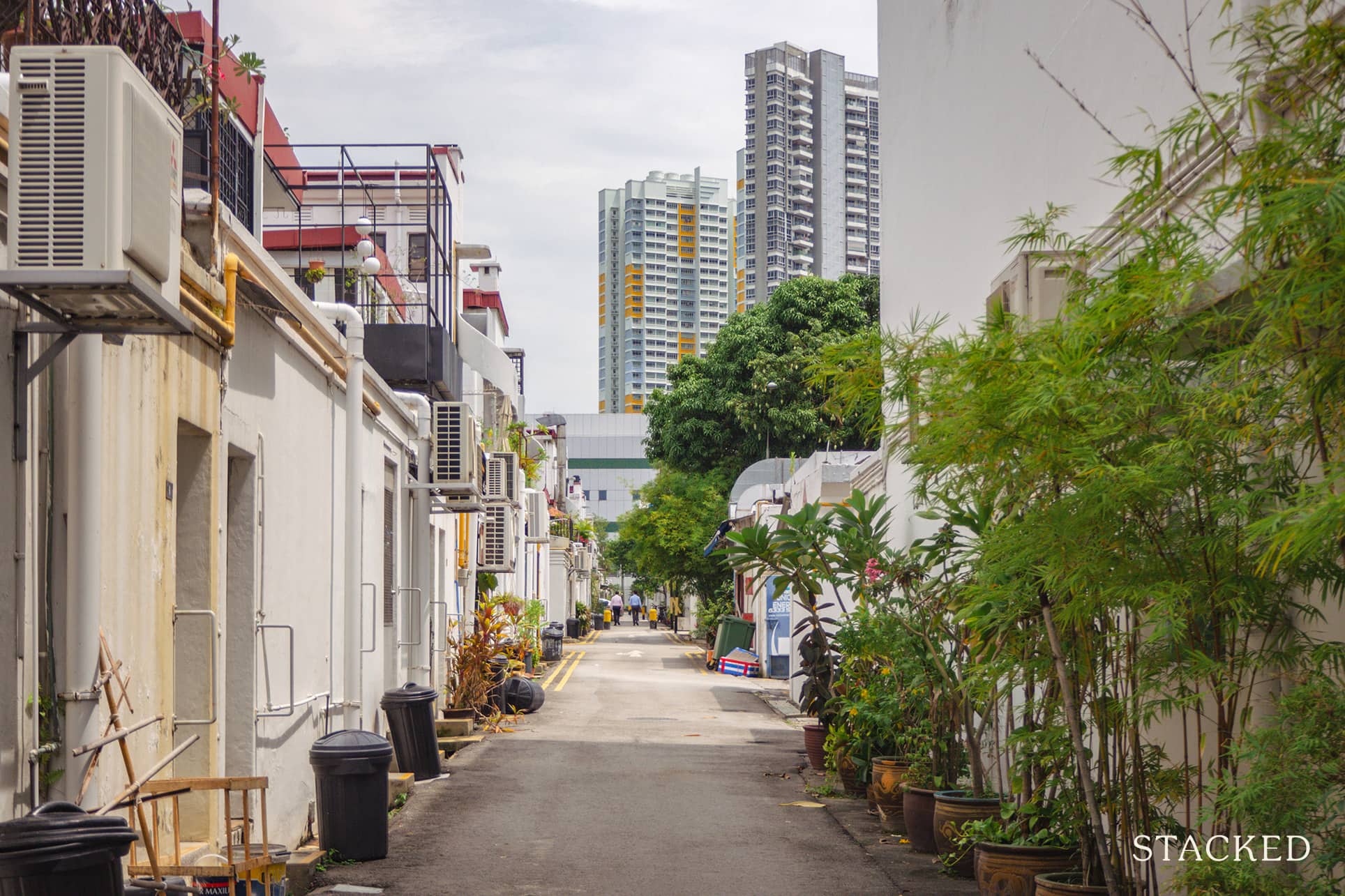 As the Singapore population ages, comfortable accommodation for the elderly will be a crucial issue. To date, however, the one-size-fits-all solution we’ve applied is “let them sell their property and buy a smaller flat.” But it’s good to look deeper into this and identify the pain points and regrets that are often overlooked. This week, we spoke to some elderly homeowners (60 and above) regarding their home-owning regrets:

1. Moving to a flat reduced visits from relatives/grandchildren

Suzie, who turned 71 this year, says that moving out of her condo has reduced the visits she receives.

She says that: “When we stayed in the condo, my grandson and some of our friends will visit more often. Because at the condo there was a swimming coach, so my grandson would come every weekend; and maybe every other month my daughter-in-law will organise a barbeque with some other friends and relatives. It was more lively.

Since we moved to the flat, they still visit, but not as often. Down here, there’s not much to do; just sit and talk only. So it becomes more like a Chinese New Year visit, come and talk a while, and then go off.”

Suzie’s husband agrees that, due to the smaller size of their flat, it’s hard to organise get-togethers that are on the same scale. He says: “We have a 3-room flat so it’s quite squeezy. It’s enough space for two of us, but for family events, not so good as our old place; and we don’t have a BBQ pit or something with enough room.”

He adds that, while selling their condo has added some retirement security, he ultimately regrets the move. One reason is that “Now the price is so high, I think we cannot ever afford to buy a condo again. So, I would advise older folks to think it over carefully. If you sell, you can’t turn back time and get the same level of convenience and privacy.”

2. Picking a maisonette for a final home

This is from what we’ve seen on the ground, as well as comments from realtors: a few Singaporeans spend significant sums (often up to $1 million today) for rare, double-storey HDB maisonettes. This is sometimes on the assumption that, once their previous condo/landed property is sold, the maisonette will be their final home (and hence lease decay doesn’t matter).

It’s not uncommon for them to regret the decision later. The reason is often that, for maisonettes, bedrooms tend to be located on the second floor; keep this in mind, if you’re thinking you can just live on the lower floor when you’re older. Also, in some units, the stairs can be quite narrow and present a significant fall risk.

One realtor said she rarely recommends maisonettes for older folks because in her experience they often end up selling it and buying something more convenient. But she adds that:

“You tend to spend more on renovations for a maisonette, and most of these units are quite old; so there’s a higher risk of poor returns if you want to resell later. Also, at the time of purchase, if you were willing to accept a high price because you were thinking purely of own-stay use, you may end up selling at cost.”

3. Holding on to their private property for too long

R turned 62 this year and has come to realise that – even though his mortgage was paid off several years ago – the maintenance fees have gone up. It’s common to think that maintenance prices will stay the same the whole time, but as the condo gets older, this can change.

In hindsight, R says, “I should have sold the condo and bought a resale flat a lot sooner, even when I was in my 50s. All the time I was thinking it was a freehold, maybe it was to hand over to my children, but my children have their own condo anyway.

Now that I think about all the money I spent on maintenance, I feel it’s quite a waste. I held on too long. Should have put all that money in my pocket instead.”

We’d point out though, that for those who are at R’s age (55 or older), there’s no 15-month wait-out period for 4-room or smaller flats; so it’s not too late to make your move.

“I almost never had any vacancy, and from 2020 to 2021, when we had Covid and I had no work, I survived on the rental income from that unit.”

However, shortly after the Covid pandemic, J was informed that private property prices were peaking; and that it was time to take a second look at his financials.

“I listened to some well-intentioned advice, that property prices were high and not sustainable, so I thought I will sell at a high, and re-invest elsewhere.”

Now, however, J feels he made a bad move, as his shoebox unit would have been a less volatile source of income in his old age (it probably doesn’t help that rental rates are at a six-year peak, just now after he’s sold).

J’s deepest regret, however, is the ability to undo his decision:

“Last time when I bought there was no ABSD. Now the ABSD is 17 per cent, it no longer makes sense to buy a second property. So I can’t just take it back and reset; I have to live with my decision.”

For those who currently own multiple properties, this is worth remembering: if you liquidate rental assets, today’s ABSD rates may mean it’s not viable to undo such moves later.

5. Pooling money with the children to share a single property

Ask realtors, social service workers, or neighbours, and you’ll probably find at least one senior citizen who ended up in this jam. This is when parents decide to sell their property, and give all the proceeds to the children to purchase an extended family home.

This is a high-risk move: if they later find they can’t get along with the children or in-laws – or have conflicting views over whether to sell or rent – there’s no easy way to back out. The money is already tied up in the same home, with the children likely being co-owners.

(In worst-case scenarios, children are the sole owners and can kick the parents out or just sell the home).

This situation also works both ways. Lena, who recently had issues living with her 70+ year-old parents, explains that it was a downside to her as well:

“As children, we are also trapped. Because if you want to sell the house, you have to ask ‘Where are your parents going to live?’ Unless your parents are very rich, they cannot just go and buy another house for themselves.

But in my case, my parents are very demanding, forcing us to get rid of my daughter’s cat, refusing to let the maid clean their rooms, and so forth. But what can I do? I am stuck with them. I can’t tell them to just get out.”

Overall, the decision to move in with children – while considered traditional to some – takes more consideration. Older Singaporeans should have contingency plans, just in case the extended family home proves to be uncomfortable.

What regrets do you have as an older property owner?

Comment below and let us know. In the meantime, follow us on Stacked to hear from homeowners, investors, and market watchers in the Singapore property space.