Property Stories I Bought The Condo I was Renting; It Was My Best Move Ever 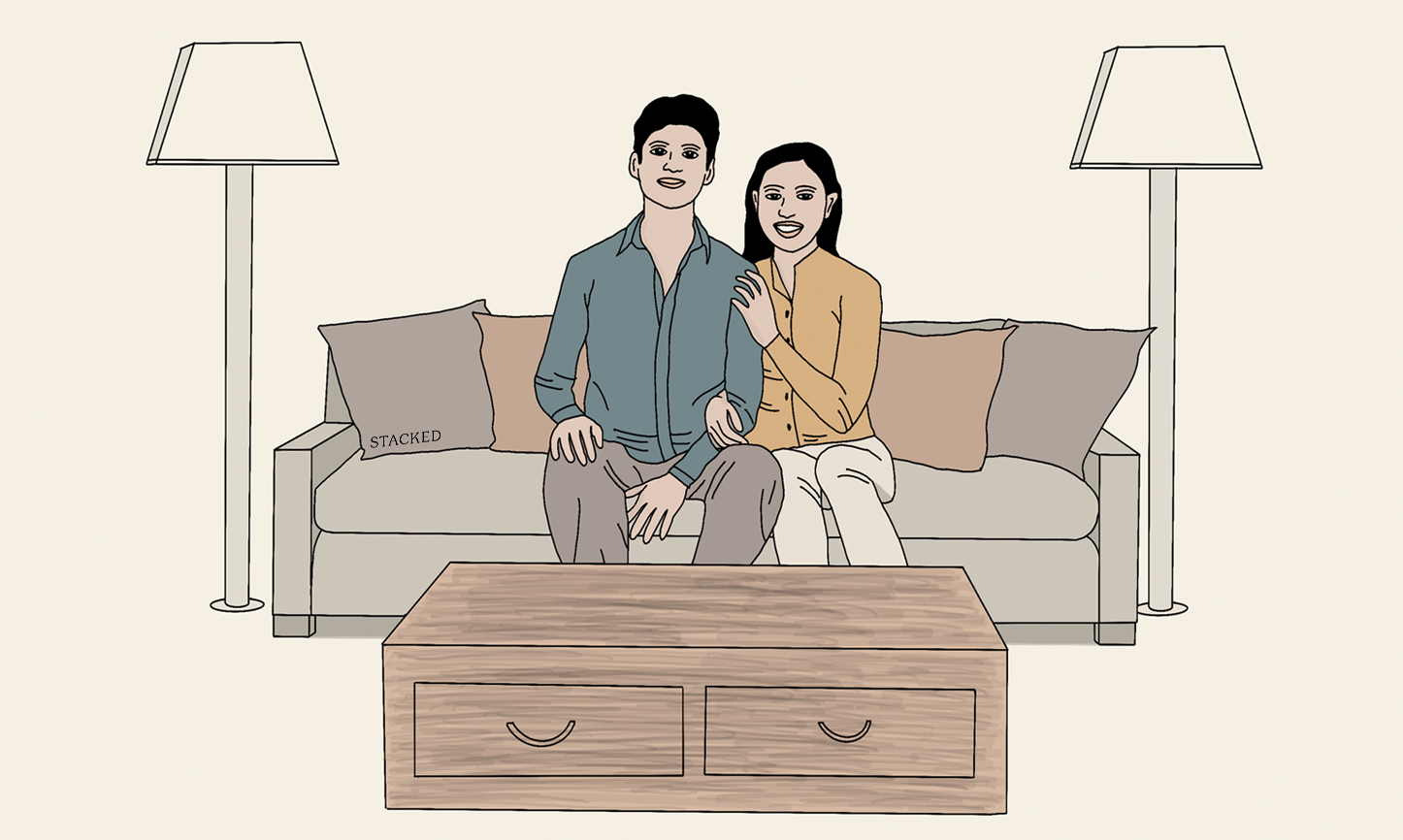 Singapore is a nation with 92 per cent home ownership, and most of us don’t rent. So when Erica and her partner moved into a two-bedder, it was intended to be temporary; they just wanted to get out from under the parents’ roof, until they were ready to buy their own place.

But about 18 months into living there, Erica and her partner gave up on searching for a new home, and simply bought over the condo unit they were renting. It’s a move she describes as the best she’s ever made; and it’s worth thinking about if you’re a tenant:

A rocky start to finding a home

Erica says her road to her first property got off to a bad start, with a lot of panicked last-minute decisions.

“I was living with my parents at the time,” Erica says, “But my partner was having trouble at home. So I said ‘why not move in with me?’, and that worked for a time. But I knew it would only be possible for a few months.”

“As we couldn’t buy a flat at our age, we made the decision to rent. We picked Euphony Gardens as it was close to my partner’s workplace, and moved in within a month.”

Erica’s realises now the move was rash; she even agreed to pay $2,800 per month for a roughly 1,200 sq.ft. room, on a six-month lease. This is much higher than the typical rate for Euphony Gardens (at the time of writing it’s $2.12 psf).

“We were in such a rush, we never focused on the detail; I told the agent that speed is the main thing, and if I had to pay more I was fine. We just wanted to sign and be done with it.”

(Indeed, this is not information you should volunteer to the landlord’s agent at the very start…)

“Two days after we moved in the toilet clogged, and I paid $120 to fix it; I didn’t even know the landlord was supposed to cover it. That’s on me for rushing, no head, no tails.”

(Note: Most Tenancy Agreements will state how much the landlord is liable for, before the tenant covers the rest of the cost. In Erica’s case, the landlord was meant to cover the first $150, and should have paid for it. But she found out about this only years later).

Moving on after a mistake

After six months, Erica and her partner realised they were overpaying, and didn’t renew the lease. They then moved to rent in Skies Miltonia; this time a 721 sq.ft. unit for about $2,200 per month.

(Note: The rental rate we see for Skies Miltonia today is $2.74 a month, so that may still look on the high side; but this is due to the landlord covering the utility bills as well).

However, despite Skies Mitonia being further from work for her partner, the two of them found it much easier to settle in.

“Wisteria Mall is quite nearby, and there’s a FairPrice there; and there’s a free shuttle service to Khatib or Yishun MRT, which is just about 10 minutes. So it’s ideal for what we wanted; it’s cut-off from the crowded and noisy places, which are everywhere in Singapore, but not so ‘ulu’ that it’s unliveable.” 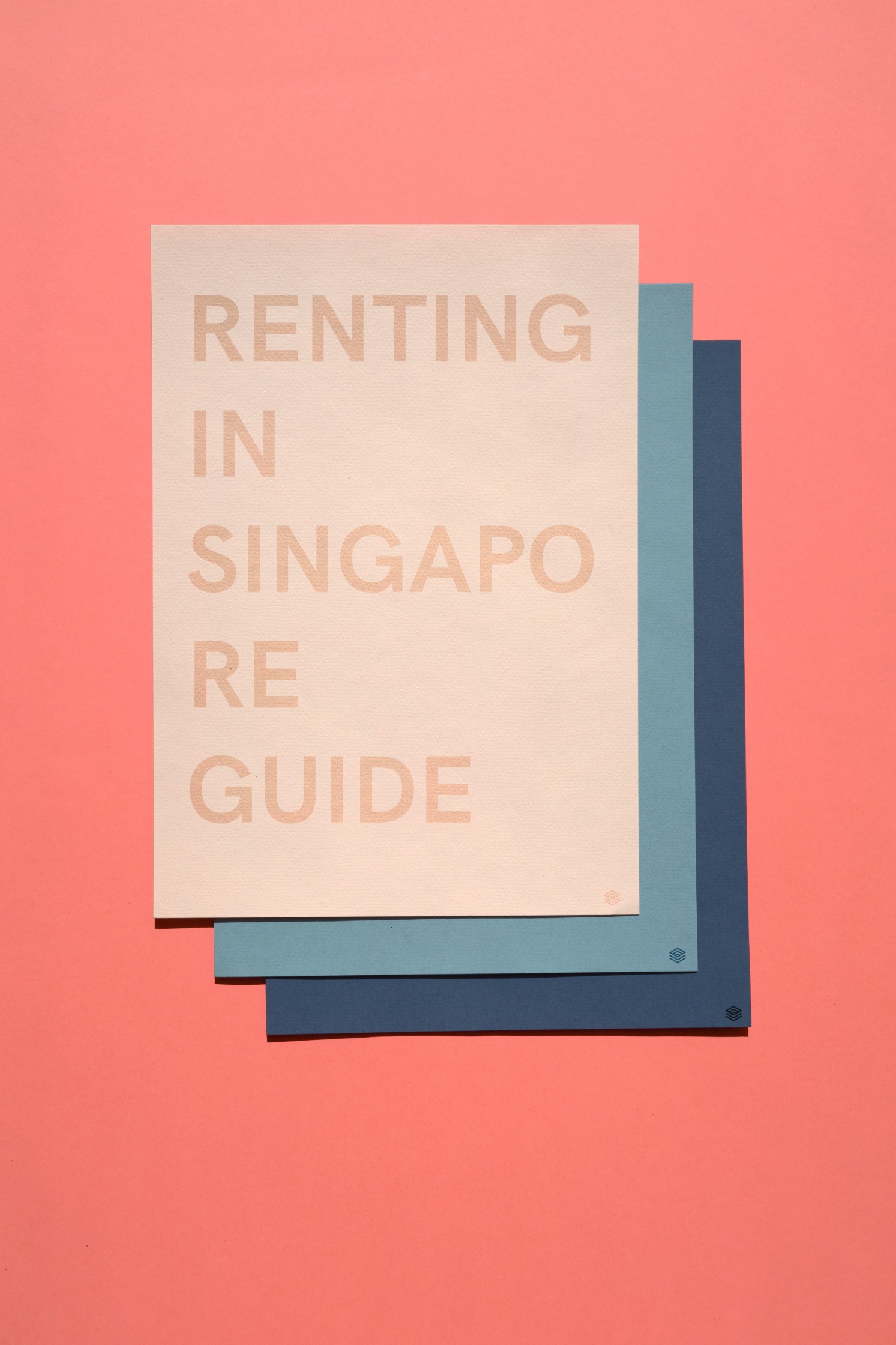 Settling in over time

While renting, Erica and her partner began to save aggressively, putting aside as much as half their monthly pay.

“The plan was never to stay on; we were aiming to save up and move on as soon as the money was enough.”

However, their property search was fruitless; they were priced out of many areas they liked.

“We really like being immersed in nature, and we wanted a condo that offered more privacy. We’re also not going to have children, so we don’t need much space; and that makes private housing a bit more affordable. But many places for this sort of lifestyle, like Bukit Timah, were still beyond our budget.”

Erica and her partner also didn’t want to keep renting until they were old enough to get an HDB flat, due to the lack of security.

“We didn’t want our home and our rental rates to be in the hands of a landlord for years and years.”

After much searching, an idea occurred to Erica:

“I realised I would be quite sad to move out, as I was settling well into the area. And in our last search, we had been looking specifically for something in this same area. So we thought why not just buy where we were already living?”

The advantages of living where you’ve already been renting

Erica could see numerous advantages of being able to buy a new home, while also not having to move.

“We had grown attached to the area and we liked it; and we’d been living here for real. We know exactly what works in the house and what doesn’t. And we wouldn’t have to move all our stuff.’

On top of that, she loved the idea of not having to do any renovations; she would also buy over the unit with the furnishings, thus saving on numerous costs.

“We were so excited we planned for a few days on how to approach our landlord, and what we were going to say. But this time we were less reckless.”

Erica spoke to a property agent, who helped her come up with a reasonable number and plan. Even then, she was so nervous that “I had to pace around and settle my heart for 30 minutes, before I could press the call button.

In the end our landlord was quite pleased, he even said it was good timing. Because his plan was that, after we moved out, he was intending to sell at some point anyway; he was wanting to buy a house closer to his grandchildren. So it was smooth and everything came together just right.”

Erica barely had to negotiate, and the transaction was concluded after two months. She considers one of the best moves she’s made:

“We paid zero dollars for renovation and furnishing, and there was no waiting time to move in. We didn’t even have to register a change of address. We did have a proper house warming party though, even though we’d already stayed for a year and a half.”

As to the investment portion of the condo, however, Erica notes that:

“My retirement plans are vested elsewhere, which allows me to treat my home as being just that: a real home. I don’t have to worry about whether its sale can pay for my retirement.

So as far as home ownership and personal comfort goes, I think this was one of the best and most sensible things I’ve done; rather than gamble on whether a new property would be comfortable for us.”

The history of the latest transactions is as follows:

Is it a good idea to buy over your landlord’s property?

It does happen from time to time, that a tenant buys over the property. Back in 2016, for instance, Lloyd Sixtyfive had just such a scheme (although an earlier version was disallowed by URA).

However, that’s different from Erica’s case, as hers wasn’t a developer scheme but something that just happened. As she explains, there can be significant advantages, in that you don’t need to move, renovate, or refurnish.

However, you still need to know the transaction history of the development, surrounding properties, etc. Also, tenants need to bear in mind that they previously didn’t pay the condo’s maintenance fees, which could make living there more expensive than they thought.

For foreigners in Singapore, do ensure you meet the requirements to buy over the property. There are certain restrictions in place; for example, foreigners cannot buy Executive Condominiums (ECs) until they’re fully privatised, and special permission is needed to own landed property outside of Sentosa Cove.

If you’re thinking of buying over from your landlord, contact us on Facebook and we can put you in touch with an expert. You can also browse in-depth reviews of other condos on Stacked Homes, to ensure you’re making the right choice.