On 22nd October this year, the unthinkable happened: Golden Mile Complex, long assumed to be next for demolition after Pearl Bank, was slated for conservation. A win for Singapore’s architectural milestones to be sure; but with regard to property investors and homeowners, it could be taken as bad news. Conservation means tighter restrictions, and that could be off-putting to developers. However, the government has found something of a middle road, which may have implications for the future:

Golden Mile Complex was famous for its architecture, both in its prime and at present. It was also one of the first times we saw mixed-used developments, blending commercial and residential interests. And of course, it was designed by a trio of Singaporeans: William Lim, Tay Kheng Soon, and Gan Eng Oon, who were then part of Design Partnership, and now known as DP Architects.

Over the years, Golden Mile Complex went from being seen as an icon of national pride, to being called a sleazy slum, to now being considered part of Singapore’s heritage. Few other developments have had such a long history, with so many ups and downs.

Golden Mile is one of the cheapest condos in District 7

Due to the lease decay (99-years starting in 1969), Golden Mile has been fantastic for homebuyers who prize location over fancy frills and resale value. It’s also been a favourite among landlords who prize pure rental yield.

There are only 68 units in Golden Mile Complex, which rarely change hands. The last few transactions showed prices of around $664 psf.

That’s about the price of a mass-market condo, despite being a 10-minute drive to the CBD and Orchard, and a nine-minute walk from Nicoll Highway MRT.

As you can imagine, developers of every stripe were eager to buy up the land. Any condo built here is likely to succeed on the strength of its location alone. However, two attempts to en-bloc – the last being in 2006 – were utter failures. There were also intense disagreements between owners of the three different segments: commercial, office, and residential.

Note that the commercial portion of Golden Mile Complex is way bigger than the others, with 411 shops to 226 offices and 68 homes.

Many of these shops are closely associated with the foreign worker communities, particularly the Thai community – they have a strong niche, which they don’t want to lose by moving elsewhere.

When Golden Mile was gazetted for conservation, some of the owners were less than happy. The restrictions on conserved buildings are often off-putting to developers, who have their own ideas for the site.

However, to encourage redevelopment / en-bloc interest, URA has offered incentives for this project:

The developer will have to abide by certain conditions, however, such as maintaining the existing façade.

When a buyer is found, Golden Mile Complex will be the first strata-titled, conserved development to go on collective sale.

This may reflect a new attempt to preserve modernist buildings in Singapore’s architectural history, whereas prior conservation efforts have focused only on colonial buildings.

These buildings come from a phase between the end of WWII, and the late 1990’s; and they weren’t previously considered historically significant, because of how purely functional they were. Nonetheless, it seems URA is more alert to the risk that we’re about to wipe out an entire era of our history, by losing these buildings.

We note that two such icons – Pearl Bank Apartments (now One Pearl Bank) and the former Shaw Tower are already gone.

So it’s entirely possible that some other buildings from the era – such as Pandan Valley or People’s Park Complex – might get the same conservation treatment as Golden Mile Complex instead. 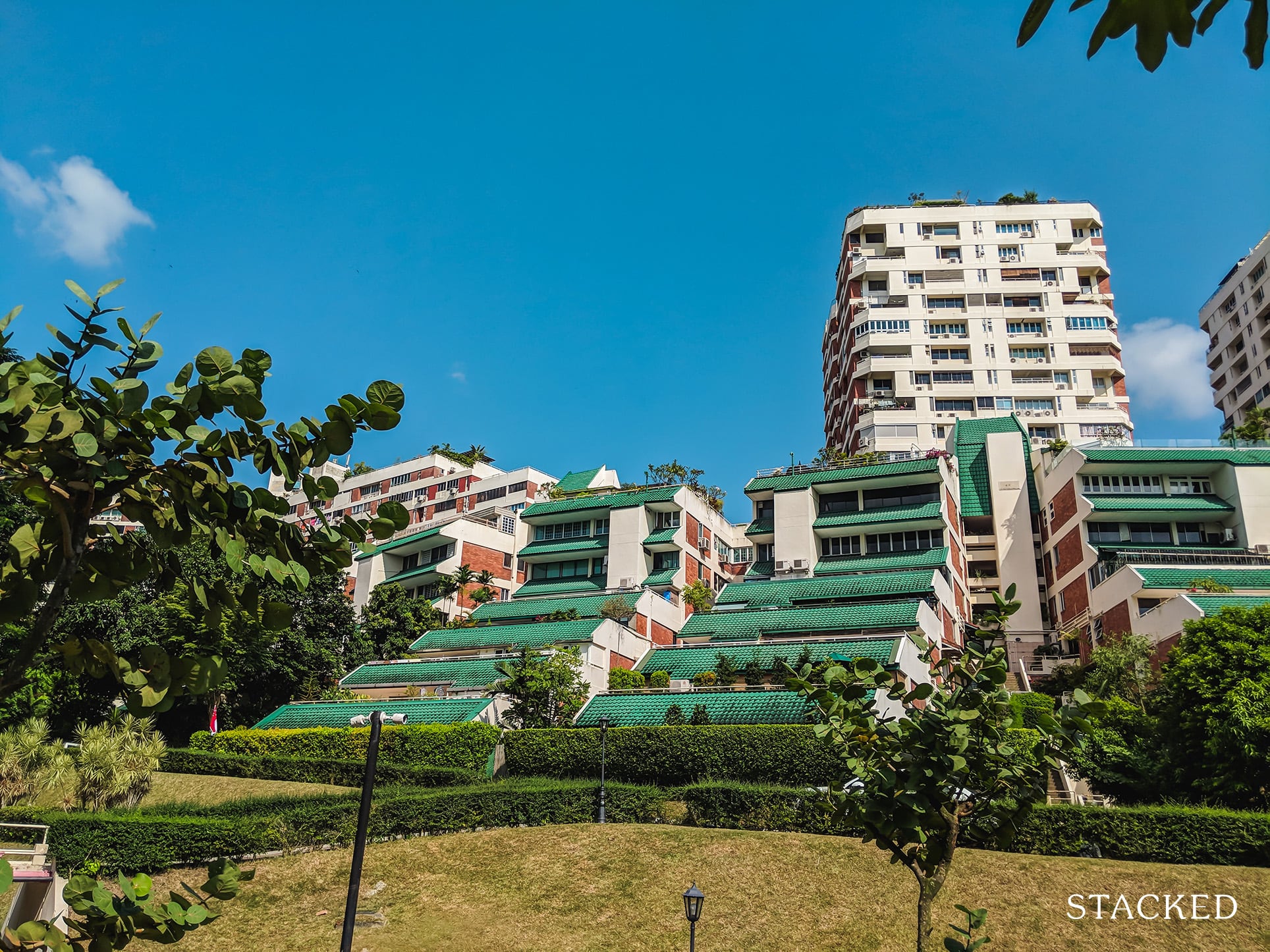 On the ground, however, we’re hearing from a lot of skeptics

We spoke to someone in the employ of a developer, who asked not to be named; she opined that the incentives are “frankly quite insignificant”.

The chief issue she pointed out was that DCs, while a cost concern, was not the biggest factor in redevelopment. Rather, the issue is the sheer size of these developments.

Unlike colonial buildings, which are individual detached houses, or small rows of shophouses, projects like Golden Mile are huge developments that typically span over a hectare of land.

Developers are faced with an Additional Buyers Stamp Duty (ABSD) of 30 per cent of the land price, if they’re unable to complete and sell a development in five years. This applies whether the development has just 50 units, or over a thousand.

Coupled with the need for conservation, which can further complicate construction, these projects present a huge risk to developers. A partial waiver of DCs is too small to mitigate the issue, as it possibly amounts to no more than $1 million; even in a development as large as Golden Mile.

As such, much more is needed, to convince developers to step in and help with preservation. She felt that, even if Golden Mile is redeveloped, it would be due to factors like the location; not any of the incentives.

One of the realtors we spoke to was skeptical about the preservation aspect.

While he felt developers would be eager to take part, the “spirit” of the place would fade out. He pointed out that Golden Mile’s distinctive characteristic – the Thai discos and supermarkets, the travel coaches to Malaysia, and the late-night mookata joints – have little place in redevelopment:

“Even if you conserve it, the new development is going to be beyond the budget of existing tenants. There’s no way the new owners can charge the same rental rates as right now. So in the end they all move out, all you have is an empty shell: you have the façade, but you still lose the spirit of the place.”

He felt that subsidies to the existing management, to refurbish and preserve these places, would better serve conservation goals.

For homeowners and investors, this could be a help or hindrance

If you live in a particularly iconic development, like People’s Park or Pandan Valley, this can go both ways for you.

On the one hand, URA giving out small incentives can help to push an en-bloc sale. On the other hand, some might argue conservation pushes developers away (e.g., they are more restricted in how they can rebuild, to maximise gains).

The clear winners are the lovers of Singapore’s heritage and history. But for existing homeowners and investors, this all sets a new precedent, and it’s uncertain yet as to whether this is a plus or minus.

For more on the situation as it unfolds, follow us on Stacked. You can also check out our in-depth reviews on new and resale properties alike, if you’re looking for your next home. 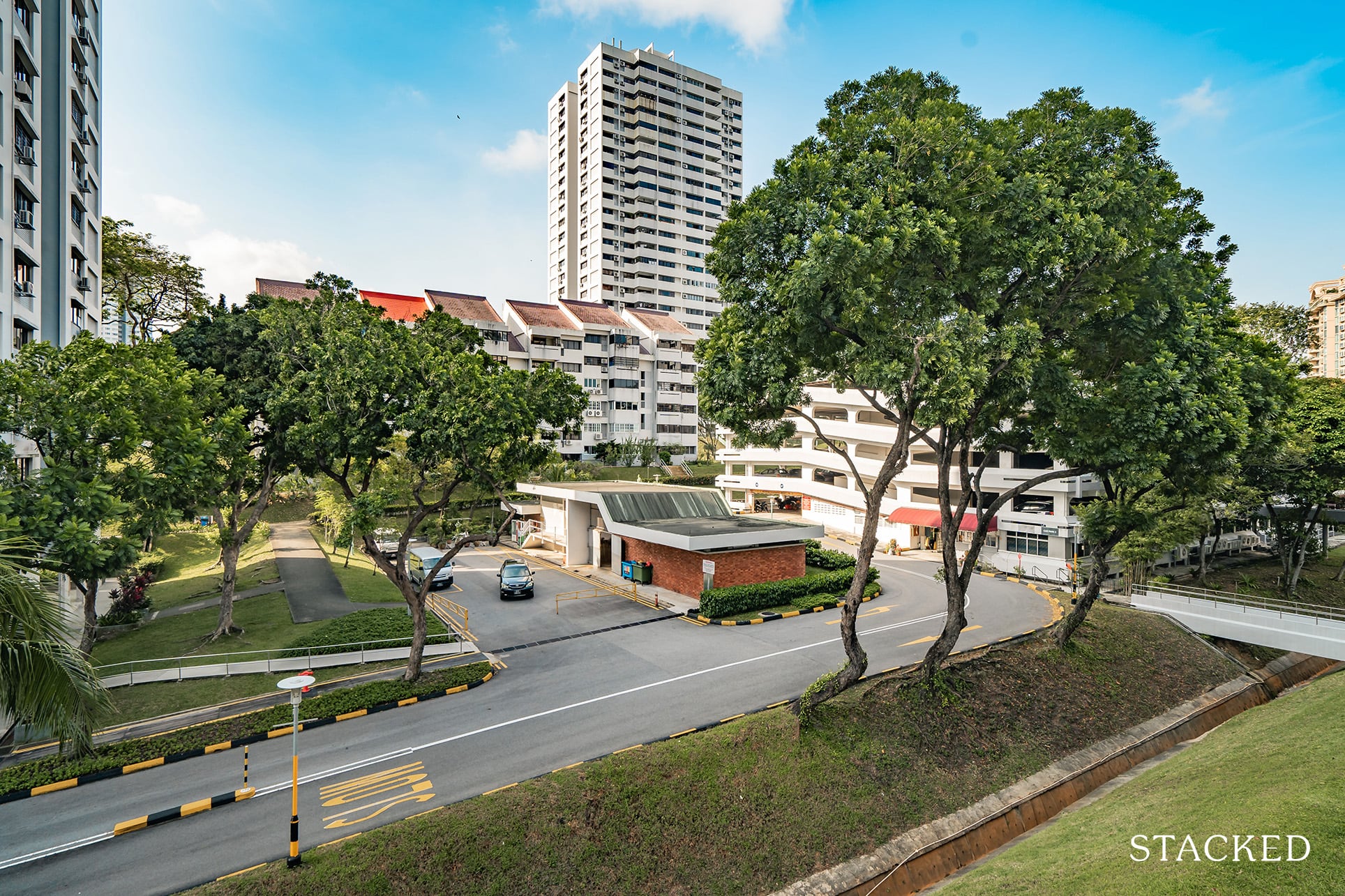