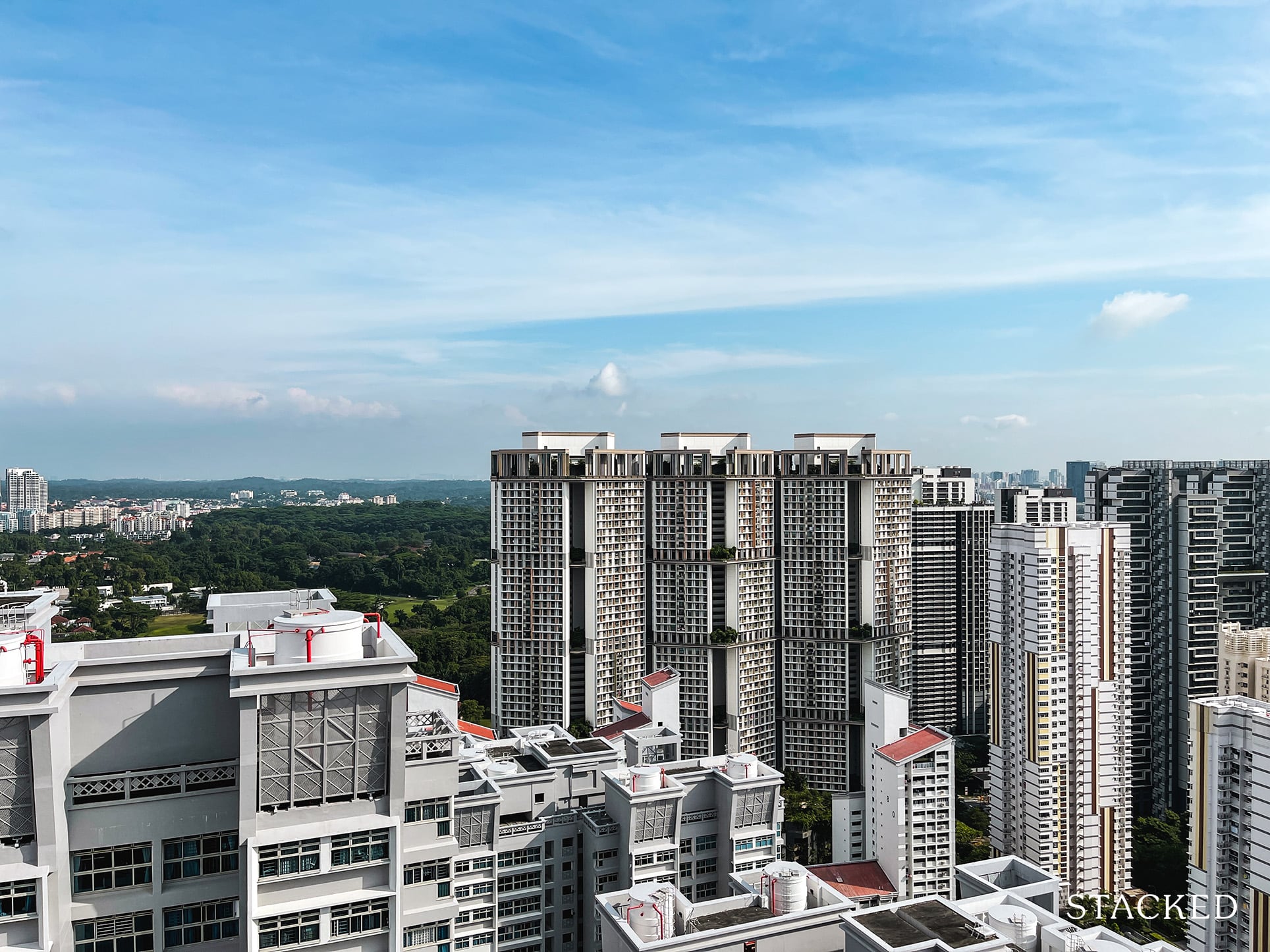 In our not-so-recent AMA on Seedly, we noticed several of the questions were regarding resale flats. Some of these were about resale flats as means of asset progression (upgrading), be it to a condo, or just even to a bigger flat.

To answer the question in greater detail, we’ve put together this small guide, on what to look for if your resale flat is meant to be a stepping stone. With 50,000+ resale flats reaching their Minimum Occupancy Period (MOP) this year, you’ll likely be spoiled for choice – but don’t be under the impression that just any resale flat will work as well.

Here are the key considerations to know:

First, why would upgraders want resale flats and not BTO flats?

Many – but not all – home buyers who want to upgrade will consider resale flats first. The reason is that the Minimum Occupation Period (MOP) begins from the point of key collection, and not sale. So if you buy a BTO flat and it takes four year to build, that’s a total of nine years before you’re able to sell and upgrade. With a resale flat, you only wait five years.

(PS. If you’re lucky enough to afford a resale Executive Condominium from the start, there isn’t any MOP at all. The MOP for ECs only applies to their first batch of buyers.)

What should you consider if your resale flat is to be a stepping stone?

1. Quantify how much you’ll need to upgrade, before any other decisions

There’s no way to plan your costs, if you don’t have any idea how much you’ll need to upgrade.

As a general point of reference, at least five per cent of your future private property will have to be paid in cash (unless policies change in the next five years). As such, you’ll probably need around $60,000 to $75,000 in cash by the time you sell your flat. This is about the down payment for most mass-market condos in the $1.2 million range.

(If you want a more expensive private home, you’ll have to adjust this goal accordingly.)

Your financial planning should be based around your accumulated savings, plus your projected sale proceeds, being able to cover this cash portion.

In addition, note that you may have to make an even bigger down payment, depending on your age or income restrictions. This varies for each individual, but drop us a message with your specifics – we can help you work out how much you’d need.

Likewise, bear in mind the total down payment is 25 per cent of your intended property’s price or value, whichever is lower. So you do need to ensure that, after you pay the first five per cent in cash, your CPF can cover the next 20 per cent.

Having these figures helps you to work out how much you can spend on the flat, the subsequent renovation costs, the affordable amount for monthly repayments, etc.

2. The risk of negative cash sales

A resale flat may be in a prime location and showing good appreciation; but that doesn’t mean you should empty out your CPF on it.

For example, say your sale proceeds after paying off the outstanding flat loan is $110,000. However, you’re required to refund $120,000 into your CPF.

Now you don’t have to top up the $10,000 difference; and your CPF can still be used on the next property. But you do have to send the whole $110,000 to your CPF, which could mean trouble making the cash down payment (see point 1).

Some upgraders purposely choose cheaper resale flats, with a loan they can afford to service in cash instead of CPF. This ensures their CPF continues compounding, and that they don’t have to refund loan repayments later. If you have the financial discipline to do this, it can greatly help your upgrading chances.

Many resale flat buyers overlook the upgrading levy, which is either 10 per cent of your sale price, or 90 per cent of its market value (whichever is higher).

This is commonly overlooked, so make sure you’re prepared for it. The upgrading levy applies to flats that were upgraded under the Main Upgrading Programme (MUP), of Batch 6 or earlier.

MUP was discontinued in 2007 so this is an issue more likely to affect older flats; but do check before you buy.

There is a tendency to oversimplify, when picking a resale flat for good appreciation. It is not sufficient to just pick a flat in a “hot” area like Bishan, Tanjong Pagar, Bukit Merah, etc., and assume it will do well.

While it’s generally true that flats appreciate better in those locations, it’s not something you can count on. Some blocks of flats appreciate much better than others; and there are resale flats even in Bishan that can lose money. 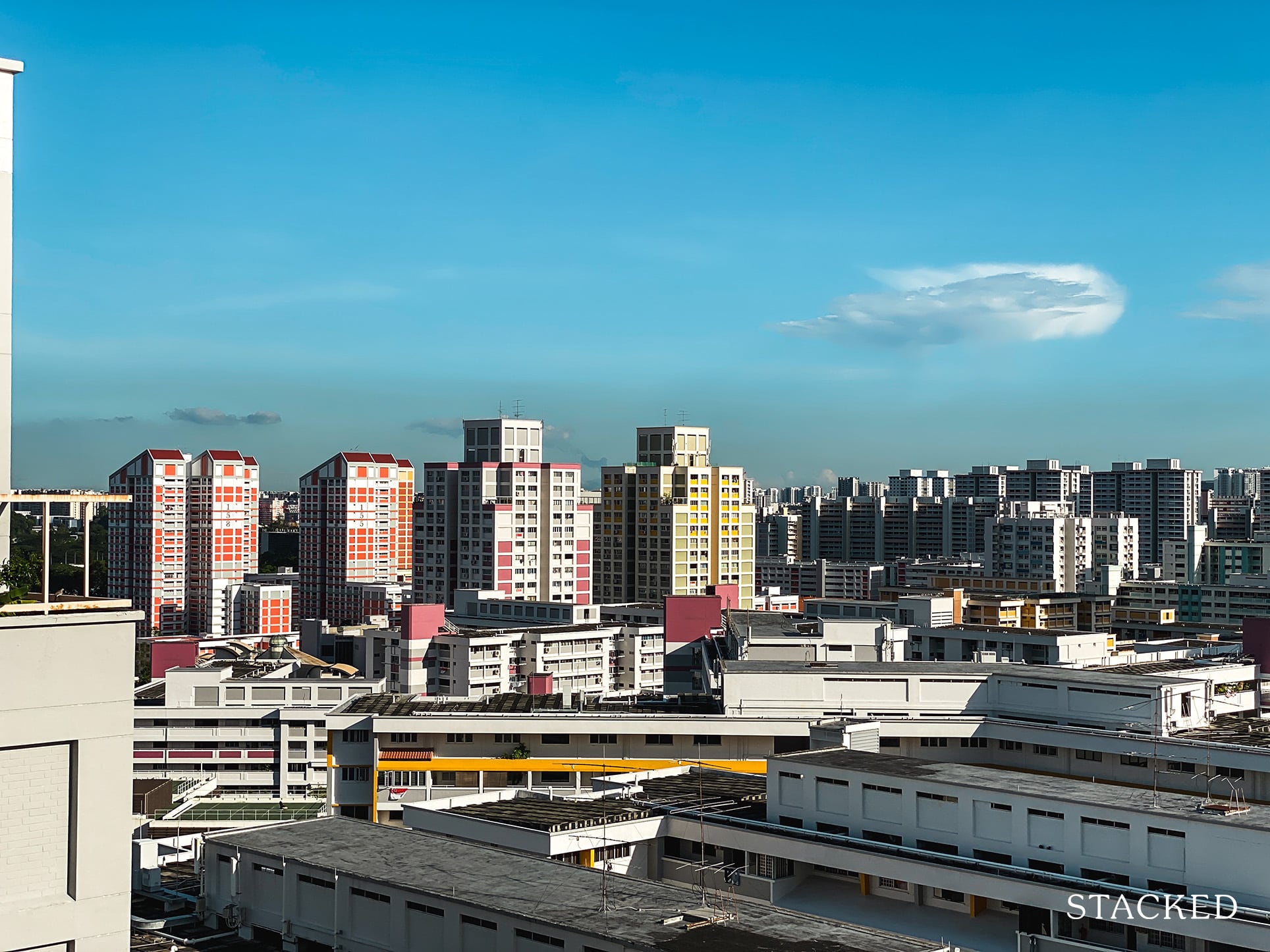 BuyingNeighbourhood Of The Week: Bishan (District 20)

Of course, this isn’t to say all 3-room flats in Bishan are bad. Our point is that you need to look at the transaction history of each specific unit and block; not just count on the town’s general reputation for million-dollar flats, etc.

For information on any specific unit or block, you can ask us online.

5. The supply of flats within one-kilometre

The more resale flats in your immediate surroundings, the more competition you’ll face when selling. Upgraders should prefer an area where there’s a combination of good amenities, plus a certain scarcity of resale flats.

Pay more attention to the supply of resale flats, and not all flats in general. There’s a difference in how new flats contribute to supply, versus resale flats. This is because some buyer demographics – such as families who are all Permanent Residents – cannot buy BTO flats anyway. As such, a fresh supply of BTO flats into the area may not affect resale prices as much; at least not until those flats also reach their MOP and become resale flats.

This information may not be readily available, so ask your property agent or ask us.

6. Proximity to schools and MRT stations

This is a truth regarding almost any property, except purposely exclusive landed homes. But it’s worth repeating here:

Resale flats within walking distance to the MRT, and within one-kilometre of multiple schools, have better chances of appreciating. Unfortunately, the owners of these units will likely factor such amenities into their pricing anyway, so it can be hard to find a good deal – but try anyway.

If you find a resale flat that’s close to schools or the MRT station, it holds up better when there’s rising supply (see point 5). Because even if more resale flats appear in the neighbourhood, yours can maintain its price if it’s the closest to the schools / train station.

We have a more detailed article on this. Besides checking for upcoming amenities like commercial spaces, MRT stations, etc., do also read up on how URA plans to shape the area.

An example of this is Woodlands, which is slated to become a regional centre for the north; or the recent changes in Sembawang, with the arrival of Bukit Canberra. Don’t just see the surroundings as they are now, but try to see what they’d be like when you sell in about five years.

8. The age of the resale flat

A very new flat, such as one that just reached its MOP, will be much pricier compared to older units (as obvious as that may sound).

At the same time, you also want to avoid flats that are very old – these tend to also be expensive because they’re in very mature estates (e.g.  Marine Parade or Queenstown), On top of that, lease decay means subsequent buyers may hesitate, in offering a higher price.

As some people may tell you, it’s good to stick to resale units that are 10 to 15 years old. These are still not considered old if you sell in five years, and there has been enough time for various amenities to build up around them.

Again however, the specific flat or block matters. For example, a 40-year old flat recently sold for over a million dollars in Ang Mo Kio (the first in its neighbourhood). This was possible because the unit was a jumbo flat, however, which is no longer produced.

While you can’t always predict future resale value, you can control costs now.

The priority is simple: buy something cheap enough that you can grow your CPF and savings, to meet your upgrading costs in five years.

Ensure you won’t have to refund too much to your CPF, and don’t spend a bomb on costs such as renovations. As long as you stick to these basics, some of these resale flats should be able to bridge the distance to a private property. Or at the very least, an Executive Condominium.

As to choosing which private property to upgrade to next, check out our in-depth reviews on Stacked. We’ll also keep you updated on the latest market developments.