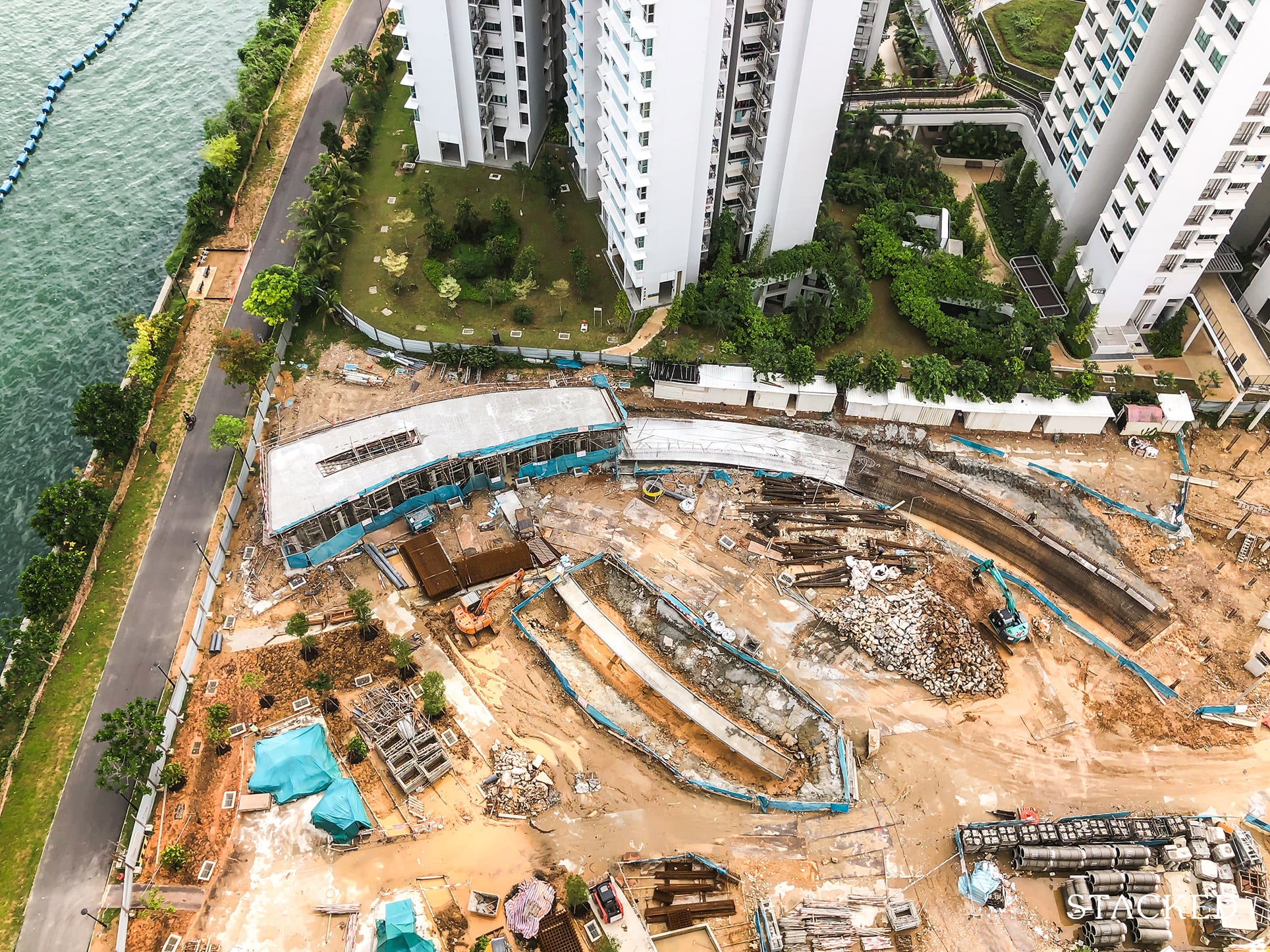 Unless you are a trust fund baby or were an experience property agent in your past life, navigating the home buying process as a first-time home buyer (or even if it’s your second) can be a lot more stressful than you might think. From confusing and often changing rules (ABSD, SSD, or LTV), to competing in a hot property market, it really doesn’t help that no one seems to be aligned with your goals.

Because let’s be frank, while on the outside the commission model may seem to be on your side (you know, the higher price, the more an agent makes) the incremental gain in the commission earned often isn’t enough to really motivate to get the highest price. If you want it in simple math: a $50,000 price increase will mean a lot to you, but to an agent that’s only an extra $500 ($1,000, if the commission is 2%). As the saying goes, a bird in the hand is worth two in the bush.

That said, having a good agent on your side is still well worth it – if you can find the right one. Here are 7 secrets that agents don’t want you to know (to help you sieve through to find a good one).

You may have seen the flyers under your door, or the flashing online ad that caught your attention as you browsed through Facebook.

“Get VVIP access” – that extra V doing its job to make you feel extra special. The agent tells you that by engaging him/her, you’d be able to get special access to the show flat before others. But to your surprise at the show flat, everyone around you has a VVIP sticker slapped onto them too. So what gives?

While this point may seem obvious to seasoned property buyers, I am still surprised each time to learn how many newer home buyers that are unaware of such marketing gimmicks. So here’s the truth – property agents can’t get you a VIP access to a show flat – every agent can.

For the most part, developers wouldn’t want to be seen giving any agent special leeway. They would want all the agents to be on their side (strength in numbers), rather than to give special attention to a few and offend everyone else.

That said, there is real VIP access – but these will be with the developer themselves rather than through the agents. For the bigger ones like CDL/Far East etc, if you’ve purchased a past property with them you may be on their VIP list, which can give you early priority access to a new launch before the rest of the public.

I’ve also heard of buyers who’ve been lured by the “special prices” that some property agents dangle to entice them to book an appointment to the show flat. Again, the majority of agents wouldn’t be privy to such prices as it really isn’t in the developer’s interest to do so. That said, to a certain extent, every price can be negotiated with the developer. This can depend on your bargaining power, such as if you are bulk purchasing, or the developer is pressed to clear units, or you are looking to purchase a hard to sell unit. Just remember that this isn’t a special privilege only granted to certain agents.

While receiving an SMS may seem like such an ancient way to communicate right now, the rarity of receiving an SMS today does mean that open rates are surprisingly high. So if you own a property, you may have received an unsolicited text from agents with the following message:

This one sounds more ambiguous, but I have also received some that directly hint that they have a ready buyer/tenant that is interested in my property. For those wondering how the agent managed to get hold of your details, here’s how it works. In the past, these details can be purchased from various online sources. The more seasoned agents will run it through the PDPA to ensure that they don’t run foul of the law on privacy policies, and then send it out.

If you’ve been receiving such messages and have always wanted to put an end to it, here’s the link to enter your number to the Do Not Call (DNC) registry.

You may have enquired on a listing before, only for the agent to tell you that it has just been sold, but they have other “similar” units that they can bring you to. Congrats – you’ve just been catfished.

I have said this many times before, but fake property listings are what really grinds my gears when searching for a home. It’s 2022, and while we nearly have self-driving cars, it is crazy that we are still subject to such antiquated ways of property buying. It does blow one’s mind.

It is somewhat down to the business model’s of property portals, as since they make money from listings, there’s little motivation to really filter out fake listings. The good news? There are proposals to assign a unique serial number to each property before it can be published on portals. This can go a long way to help make the search experience a much better one.

But while the future seems to be rosier, the current reality is that many new buyers are still unaware of such practices. It’s hard to really sieve out what are genuine listings unless you are surfing the portal 24/7, so buyers get attracted in a variety of ways. This can happen through a totally fake listing (the agent just advertises a unit that they aren’t even selling), fake lower prices (that the developer/owner is unaware of), or good listings that have already been sold but are kept on to reel potential buyer enquiries.

4. Unrealistic about prices? Your unit may be a comparison unit

It’s hard to totally pin the blame on home sellers, but the current state of the market means that some sellers can get totally unrealistic with their pricing. In some cases, agents may just accept your unit to list at those prices to use as a comparison tool. Now, I won’t go through the complexities of pricing strategies here, but here’s a simple example of how decoy pricing can affect how people can perceive different prices.

As such, some agents may be using your home as a means to show other buyers of higher priced options in the market, and why the one they are trying to push is a much better deal in comparison.

I suppose it is only human nature to want the best. With no lack of property agents in the market, sellers naturally will conduct a spree of “interviews” to source for the best possible agent to market their home.

Typically, this usually comes down to which agent is the most glib tongued and bullish about the prospects of your home to secure the exclusive. I would say though, that most seasoned agents would hesitate in doing so – as it’s the expectations that can kill you. And so taking the highest price doesn’t necessarily mean that it can move at that price. Depending on how fast you want to sell the property to move, this could set you back as the unrealistic price told to you at the beginning could be detrimental.

So if your property is stuck on the market for too long, you could lose out on your prospective purchase, and it could also leave buyers with the unnecessary impression that your property has something “wrong” with it.

Conversely, some agents may actually advise you to list under market value and then suggest you accept a full price offer the first day it’s on the market. These same agents will take that deal and boast about selling your house in a day on social media when the truth is that it is just a consequence of a hot market than it is their own skills. The worst part? You may just have left money on the table.

I would say on a positive note, the quality of property agents are much better today. With tools like Canva, agents are better equipped to use research and analyse properties in a visual presentation format for clients.
Now, the part that is concerning here is the manipulation of data to tell a certain narrative. I have seen slides that use property data to paint a brighter picture, and it is done in such a way that most new buyers may not even realise.

Note, the left column. While the dates may seem to be the most recent, there are also others that have been sold within the same time frame that have been left out!

Here’s a look when sorted by recency instead. While the profits are still undoubtedly good, it isn’t quite as rosy as the above suggests.

Frankly, this is quite a tame example as far as I’m concerned – I have encountered worse.

Despite how good virtual viewings can get today, there is still nothing quite like going to view a property in person. There have been properties that I’ve written off in my head from seeing the photos online, but seeing it in real life – it leaves a completely different impression. (If you’re curious, one of which was The Interlace).

Of course, there are also those that look really good in photos (a combination of great photography, angles, and editing) but disappoint in real life.

Which is why it is wise to go down multiple times to a property that you are interested in. For some places, going on a weekday can be a completely different experience from visiting on a weekend. You may find it to be really peaceful on a weekday, but come the weekend (or after school hours), and the common facilities may be packed to the gills with residents.

Some agents are well aware of this fact, and they may choose to dictate the times that you can view the property (sometimes using the tenant as a foil) – so that they can get you to view the place at the most advantageous period. As such, you should always try to choose your own viewing time – or if it is not possible, make multiple trips down on your own even after the first viewing.

For help on homeownership and expert guidance, reach out to us on Stacked with your questions. If you’re certain you’re ready to buy, you can also check out our in-depth reviews of new and resale projects, to make an informed choice.