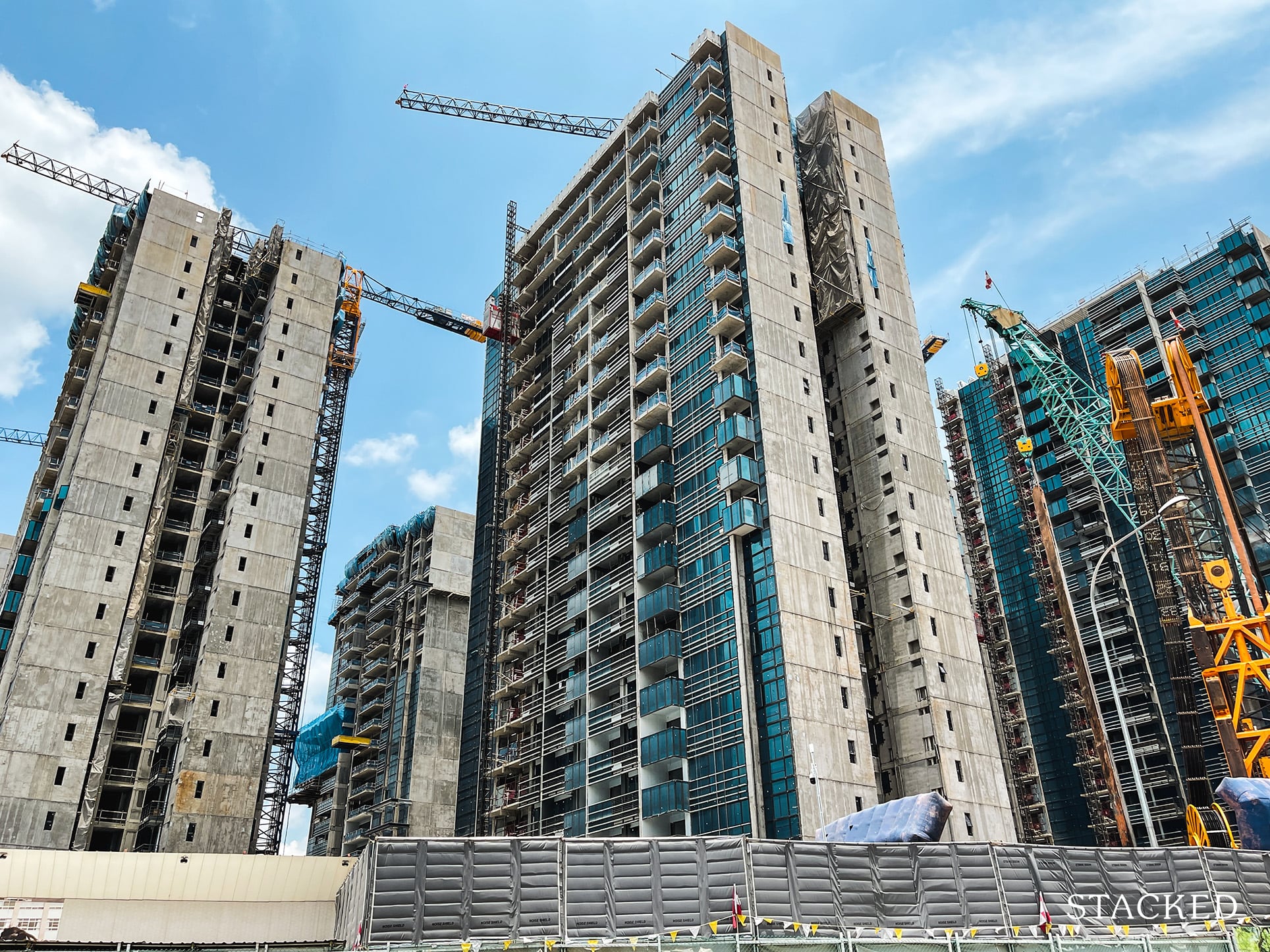 Ask anyone what are the biggest factors that affect a property’s value and you’ll probably hear these three words.

Sure, but that’s probably as obvious an answer as to who the best football player on the planet is.

Something something Ronaldo… (wink wink).

It’s like how a unit in Orchard may be worth $5 million precisely because it’s in the middle of town.

But take that same unit and transplant it in Punggol and you can bet your dollar that it would not be commanding the same price.

So besides location, what other factors can influence a property’s value?

Other factors can include things like economic growth, population growth, and particularly in the case of Singapore – Government intervention.

But those are some of the more obvious ones.

Today I’ll be exploring some of the less talked about factors.

Truthfully, some might not be as big a factor, but as I’ve covered in my analysis on the unprofitability (so far) of the Tennery and Stellar RV, these factors could very easily add up.

Enough talking, let’s get right to it!

6 Negative Factors That Can Affect A Property’s Value

This isn’t the first time I’ve talked about this topic, and it likely won’t be my last.

So most people would welcome a new launch condo development in their vicinity.

And in most cases, they’re right – having a new launch condo next door would be a positive thing.

As land costs go up, you would always expect that the new launch will have to be priced higher so that the developer would be able to make a decent profit margin.

But there are times when having a new launch next door can be a problem.

Sims Urban Oasis is a 1,024 unit condo development located along Sims Drive that was completed in 2017.

Also located along Sims Drive is Penrose, which is slated to be completed in 2025.

In comparison, Penrose was purchased in 2019 at $732 psf ppr – not too far off at all considering the gap of 5 years.

You see where the issue is?

So despite the fact that the developers clearly had room to price Penrose to make a good margin, they chose to price it very competitively to what Sims Urban Oasis was trading for in the resale market at that time.

Perhaps it was down to the pandemic situation, but we’ve detailed it in our review of Penrose back during launch.

We only did it for the 1 and 2 bedroom units, but let me show you based on the 1 bedders.

As you can see, while Penrose is no doubt priced higher (it’s slightly bigger too), the difference in price is really competitive – especially when you consider it’s TOP date of 2025.

That’s a difference of about 7-8 years.

While it doesn’t necessarily mean Penrose has rendered Sims Urban Oasis a loss making project, it does somewhat cap its potential appreciation.

Now, this one could be subjective and it would not apply to all developments, but I’ve seen it happen in my piece on The Tennery.

In short, there are definitely developments that you’d see out there that are built with the investor – renter demographic in mind.

So what you might see in a rental project sometimes is that when the investors have made their money from rental, they will have less incentive to hold out for a better selling price – especially if they are planning to move their money to a better investment opportunity.

And so unlike projects with a higher amount of own stay profiles, these homeowners will typically hold out for a better price in order to upgrade or plan for their retirement. 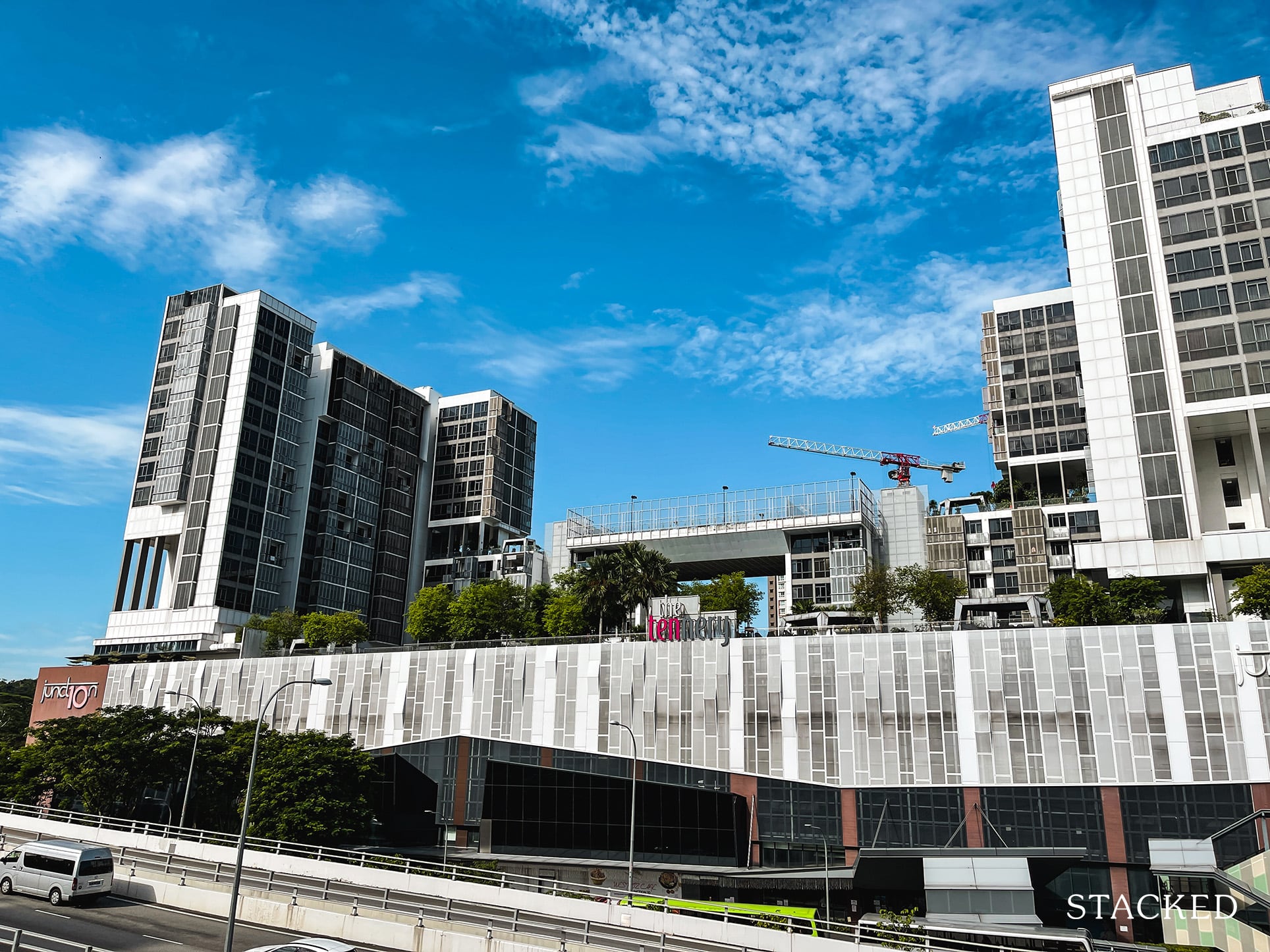 AnalysisAnalysing Unprofitable Condos: 6 Reasons Why The Tennery Has Performed Poorly

I would definitely like to do a study on this one day, but it’s no secret that humans are by nature superstitious creatures.

And if anything, Asians are one of the most superstitious races around.

It’s common knowledge that the number 8 is associated with prosperity, and a 4 is usually avoided for bad luck.

So when the number 8 is included in an address – like 88 Alfred St. in Sydney, for example.

80% of the buyers were Chinese and the building was sold in a few hours.

Conversely, the number 4 (which is synonymous with death) is something many avoid.

It’s something that you’ll see in developments in Singapore, where floors that end with 4 are usually used as a facility deck.

Funnily enough, I very recently came across this in my review of Alex Residences (the one with that amazing rooftop pool).

I really like the quote included by our late founding father of Singapore, Lee Kuan Yew.

“I’m a pragmatic, practical fellow… I’m not superstitious about numbers. But if you have a house which other people think has disadvantaged fengshui and numbers, when you buy it, you must consider that when you resell. So again it’s a practical consideration. Not that I’m interested in it. But if I buy that, I must get a low price because when I sell it I will get a low price.”

4. Maintenance of the development

It goes without saying that the maintenance of a development can play a role in the perceived value of it.

Imagine if you are a buyer viewing a resale property.

You step in, only to see cracks on the walls, green moss has formed on the lower parts.

The pool looks like it hasn’t been cleaned in weeks, and fallen leaves are strewn all over the common areas.

Yes, I might just be exaggerating the scenario – but it certainly doesn’t sound like an appealing place to live, does it?

While you will expect to see older developments start having more and more maintenance issues and lose their shine as the years go by, what you really want is a proactive management.

One that will look to rectify and issues and keep things looking as spick and span as possible.

I’ve seen developments that while old, are incredibly well maintained.

And that combination of space and neatness is very appealing.

But when it’s old, tired looking and there’s a distinct lack of care.

Well, that is on the opposite end of things – it’s a huge turn off.

Let me start this point by saying that the building of an MRT, or general construction of buildings like malls etc will definitely be a positive if your investment horizon or exit period is a longer time frame.

But if it’s a short one, then you might want to read on.

Humans are generally creatures of instant gratification – this is driven by the inherent tendency to see pleasure and avoid pain.

Like the desire to buy a spanking new car immediately with a taxing loan rather than waiting the arduous journey of saving enough money.

Or on the real estate front, this is seen when buyers of new launch property are rewarded by being the first to buy when the project isn’t yet built.

But on completion, they are able to make a profit because buyers are willing to pay the premium to move into a new home straight away.

It’s kinda like what you see in the resale market right now.

So while the building of an MRT and amenities nearby may be a good thing in the long run, the process of building can be a painful one.

The drilling and banging noises, road closures, and disruption to traffic.

It can be a turnoff for potential tenants, and with Covid-19 wrecking havoc on construction, you may even see extensions to the deadlines.

Another negative example would be the recent case of the old apartments at 68 to 74 Thomson Road.

Ryan has written a good summary of it here.

In short, it had potential given its close proximity to United Square and Novena MRT station.

But because of the new North South Corridor (NSC) tunnel to be dug through Thomson, the construction could impact the building.

And thus in accordance with the Land Acquisition Act, the entire development had to be demolished.

This is definitely a locational attribute – but I would consider it as something that you will need to do your additional due diligence on.

A classic example would be Tribeca by the Waterfront.

Yes, the condo that used to be right by Zouk (yes if you’re above 30 and below 40 you’ve probably spent the best parts of your weekends there).

If you were to visit the condo during the day, you would most likely be awed by the tranquil waterfront views – it’s a really close walk to Great World City too!

But at late nights on Wednesdays and weekends, it becomes a stomping ground for many party-goers.

As you might imagine with alcohol involved, it can be really noisy and rowdy, and not the most peaceful environment for those living nearby.

Well, those days are long gone now, with the area that used to occupy Zouk which will now become the upcoming Rivière.

This won’t be the first, neither would it be the last example – so it’s a lesson to those to always do your own due diligence.

While I might seem to always be the one that is the bearer of bad news, you need to know that this isn’t the end all be all when it comes to negative factors that will affect your property value.

It doesn’t mean that just one factor here can spoil the entire outcome, it’s always a combination of factors.

Neither doesn’t it mean the presence of one factor makes the entire property bad – not at all.

More importantly, do your homework and be educated in whether it is the right fit for what you want out of your property.

For more on the Singapore private property market or the HDB scene, follow us on Stacked. We’ll also provide you with the latest insights into new and resale developments today. 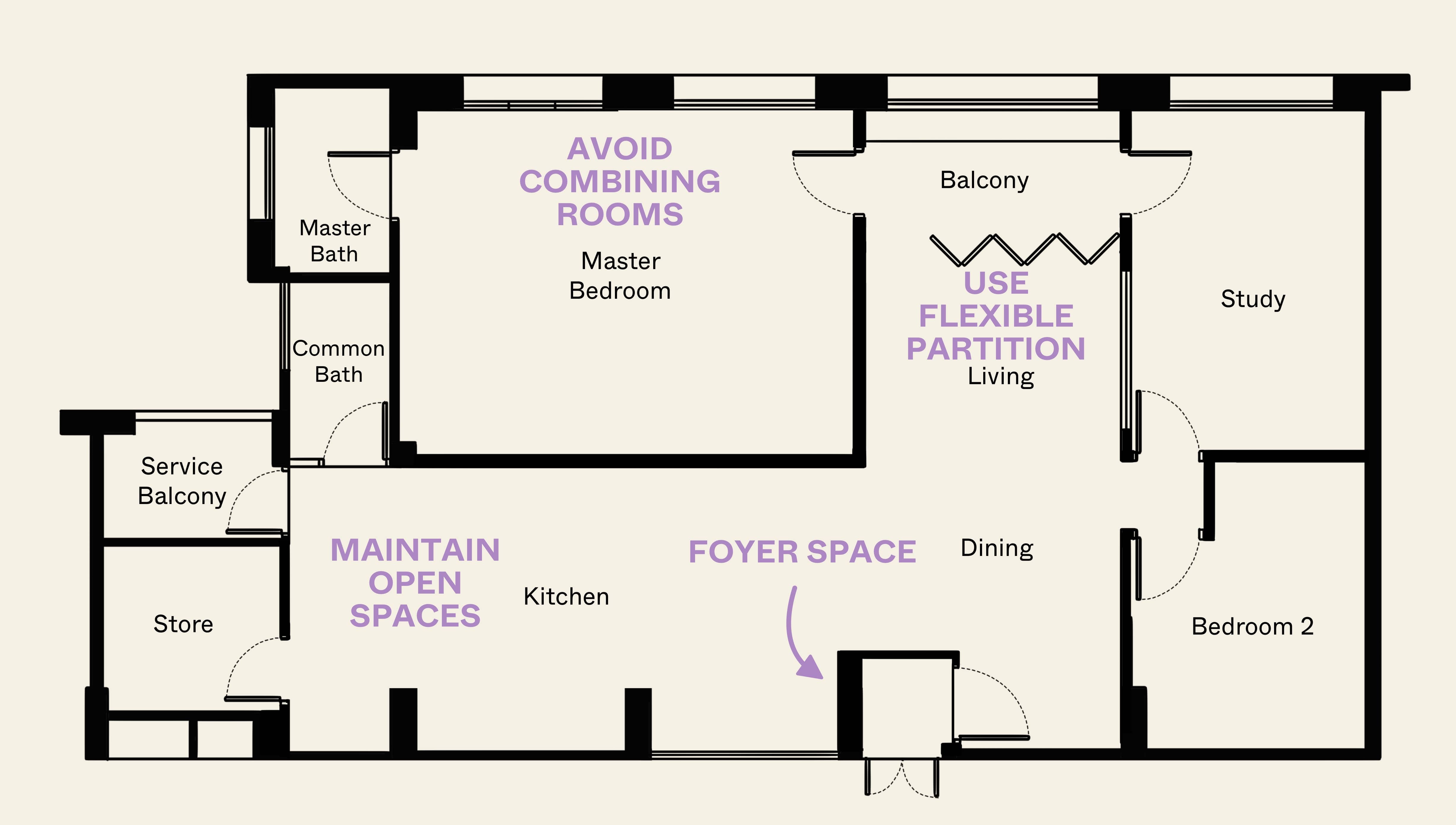