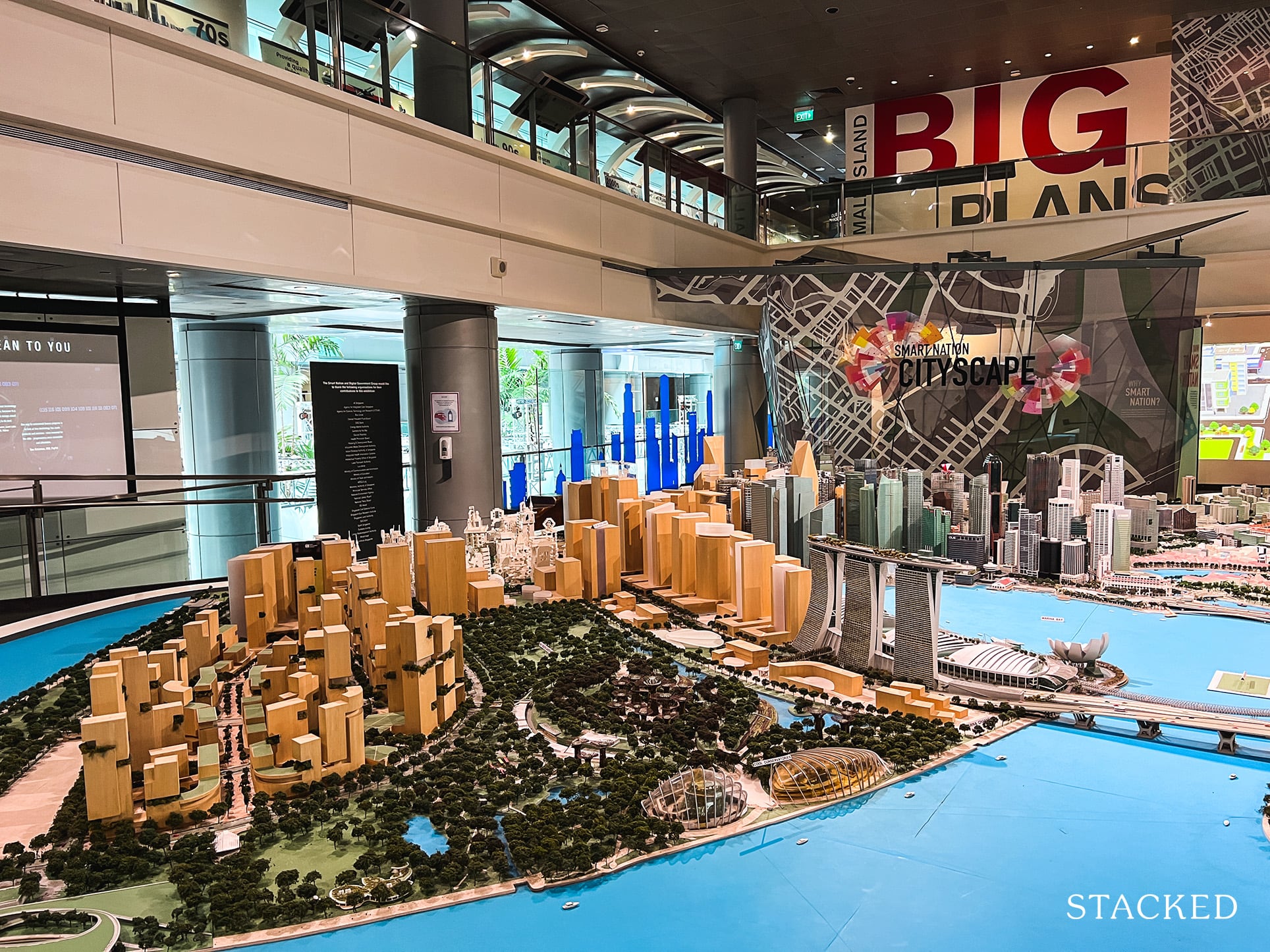 The last time URA moved to curb shoebox units (one-bedder units, generally defined as 510 sq. ft. or smaller) was back in 2018. At the time, the impact was only for developments outside the central area. If you want a quick recap, the new guidelines meant that the number of permissible units will be derived by dividing the Gross Floor Area (GFA) by 85 sq. m. (it was 70 sq. m. previously). In short, this means that it will generally result in a lower number of units built per development, as well as bigger spaces.

For 9 other areas where shoebox units were particularly rampant (Marine Parade, Joo Chiat-Mountbatten, Telok Kurau-Jalan Eunos, Balestier, Stevens-Chancery, Pasir Panjang, Kovan-How Sun, Shelford and Loyang), the maximum number of units allowed will be by dividing the GFA by 100 sq. m. instead.

The upcoming policy change in 2023, however, impacts only the central region; and the intent is tied to URA’s vision for these hot spots. Here’s how it’s likely to impact property buyers:

As you can see from our earlier recap, this is quite different from the change in guidelines in 2018.

This will affect around 11 planning areas, all of which are central – this includes Orchard, Rochor, Newton, and the Downtown Core. This is the zone highlighted in the URA notice.

This move isn’t really targeted at any segment of the property market, nor is it related to current high prices. Rather, the motive is URA’s vision for a “live-play-work” environment in Singapore’s central region.

URA’s intent isn’t possible if central regions are packed with shoebox units, which can’t accommodate families. If the bulk of residents is transitional tenants, these zones will never develop the vibe of a balanced neighbourhood.

It’s a move that makes sense from a liveability perspective, as developers will now have to cater to a more diverse mix of unit sizes.

How could this impact the property market?

1. A bigger challenge for developers

This is a tough time for developers to be told they get to build fewer shoebox units, especially in the central region where projects generally don’t move as quickly.

From a developer’s perspective, shoebox units deliver the most bang for their buck: the smaller the unit, the higher the price psf. If a developer were allowed to build nothing but shoebox units, they could maintain the same profit margins while buying up much smaller land plots (that’s why regulators like URA have to step in and prevent our homes from becoming hamster cages).

The five-year deadline of the ABSD is a factor here, as shoebox units are typically the low-hanging fruit of any show flat. As shoebox units have a lower quantum, they’re often the first units to be cleared out, whereas higher quantum units take longer to sell.

This is an especially rough and uncertain time for developers already; and limiting the number of their easiest sales will add to their challenges.

2. Current en-bloc hopefuls may need to revise their price

The whole point of an en-bloc is to intensify the use of the land. For example, a plot that previously only had 600 units could now hold 1,200 units, and shoebox units helped with that. With the new restrictions in place, some collective sales may yield fewer new homes than expected.

This has to be coupled with the other factors in point 1, such as shoebox units helping to maximise the price psf for developers.

This confluence of factors may see developers turn less generous toward central region collective sales, perhaps even for the smaller plots. We expect that current en-bloc hopefuls will revise their prices downward if they really want to push the sale through.

One realtor we spoke to said the move could spike prices for new shoebox units, once implemented.

She says that among new investors, with tighter budgets, shoebox units may be the only unit size with an affordable quantum (in the context of central region properties). At prices of around $2,900 psf, for example, new shoebox units in District 9 or 10 could still cost only around $1.45 million.

The low quantum, coupled with the high rental potential from well-heeled expats, draw many new investors to the central region instead of the fringes.

If we lower the number of shoebox units, however, these new investors are forced to compete for the smaller pool of units, and deal with rising prices.

But the realtor said this is unlikely to affect* other buyers, such as family buyers, who if anything will have more options available to them.

*We’re not sure there’s entirely no effect. We shouldn’t ignore the impact on developers in point 1, as it may affect pricing decisions for the wider project.

4. Fewer options for singles and couples in the central region

There is also demand from a growing population of singles, especially from those who are below 35 and want to move out and have their own space.

And so as you can imagine, this is all bad news for lifelong singles or couples, who dream of living along the Orchard belt or within the CBD. They’re usually priced out of the family-sized units in these districts.

They’ll have a smaller pool of units to compete for; and as we mentioned in point 3, this could lead to a momentary rise in new shoebox prices (in the central area).

In the long run, this move may help to support better liveability in the central region

The live-work-play neighbourhood that URA envisions is especially important, given ongoing decentralisation. With new commercial hubs like Jurong, Paya Lebar, Tampines, etc., the central regions can no longer rely on retail and offices to be their sole defining strength.

Realtors said that these days, it’s more common for buyers to look for a large heartland mall, such as Junction 8, Tampines 1, Parkway Parade, etc. than to worry about having access to Orchard or Raffles.

They also noted that, with Work From Home being a new norm, and the opening of new commercial hubs, it’s not possible for the central region to count on its Grade A offices as being the sole draw.

For more on the situation as it unfolds, follow us on Stacked. We’ll also provide you with reviews of both new and resale properties alike.